We should have seen it coming. Over the past couple years, as General Motors made announcements that it was discontinuing sales activities in the United Kingdom, South Africa, India, and Indonesia, our collective bad-news alarms should have begun shrieking: Holden, GM’s Australian division, probably isn’t long for the world either. And that is indeed the case: last month GM announced that it the Holden brand will be phased out by 2021.

But what do the aforementioned shuttered General Motors operations in various other countries have to do with Holden? Look closely. Each of the countries GM has recently pulled out of has one particular thing in common: right-hand-drive vehicles.

General Motors has gotten entirely out of the right-hand-drive game. And why not? Sales margins on vehicles sold in those countries are lower than the corporate average, so why engineer special vehicles that sell in lower volumes (and at lower prices) than the cars and trucks sold in, say, the U.S. or China?

GM’s recent sale of Opel also played a role in the demise of Holden. Now that Opel is in the hands of Groupe PSA (the parent company of Peugeot), GM has lost a source for a number of the products it sells in Australia–not to mention several factories that build right-hand-drive vehicles.

If we’re honest about it, it was odd that all three American auto companies once built cars in Australia. Give that the total Aussie new-vehicle market hovers around just 900,000 units annually, it really doesn’t make financial sense for American automakers to be building vehicles there.

For the record, GM sold about 40,000 vehicles in Australia in 2019, plus a couple thousand more (also under the Holden banner) in New Zealand. 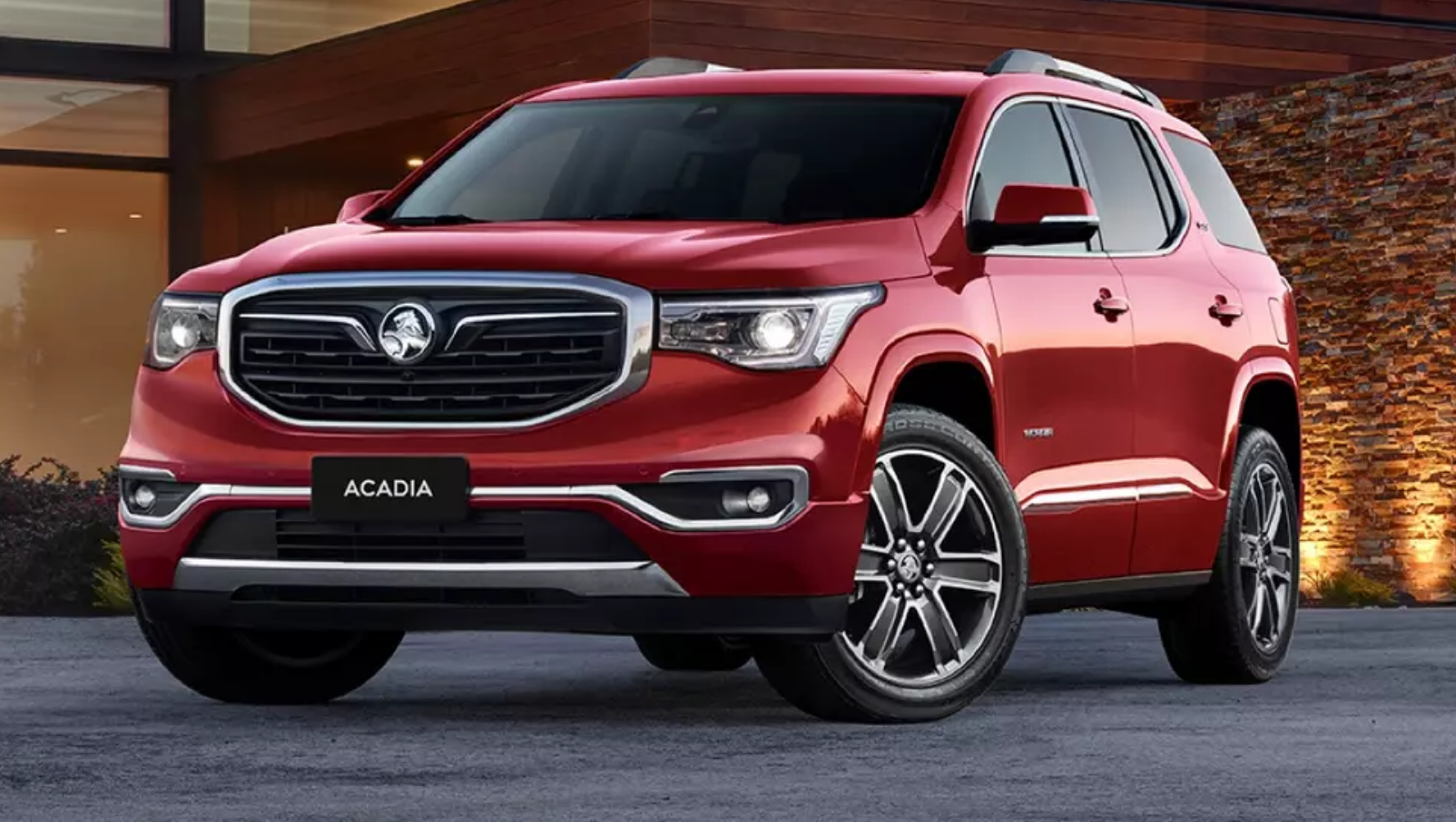 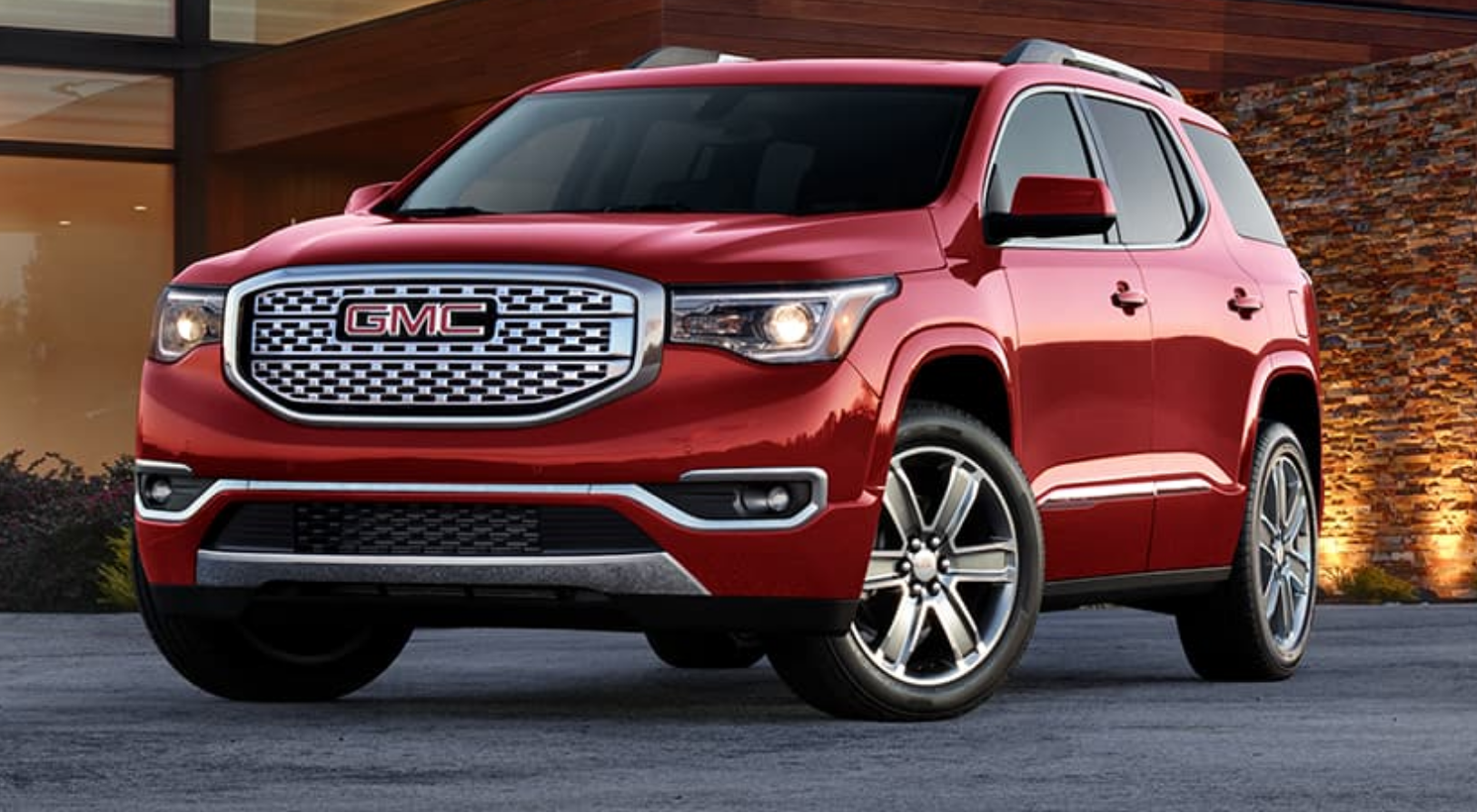 2020 GMC Acadia. These could be two different trucks, but we’re leaning toward the “one-truck/Photoshop theory.”

Built alongside the North-American-market GMC Acadia in Spring Hill, Tennessee, the Holden Acadia is the only right-hand-drive vehicle produced at that factory. Available in LT, LTZ, and LTZ-V trim levels, the Holden Acadia differs from the GMC only in trim and equipment levels. Though once available with a 2.5-liter 4-cylinder engine, the Holden Acadia is now offered only with a 3.6-liter V6. The Buick Enclave, Cadillac XT5 and XT6, and Chevrolet Blazer and Traverse are built on the same basic architecture as the Acadias. 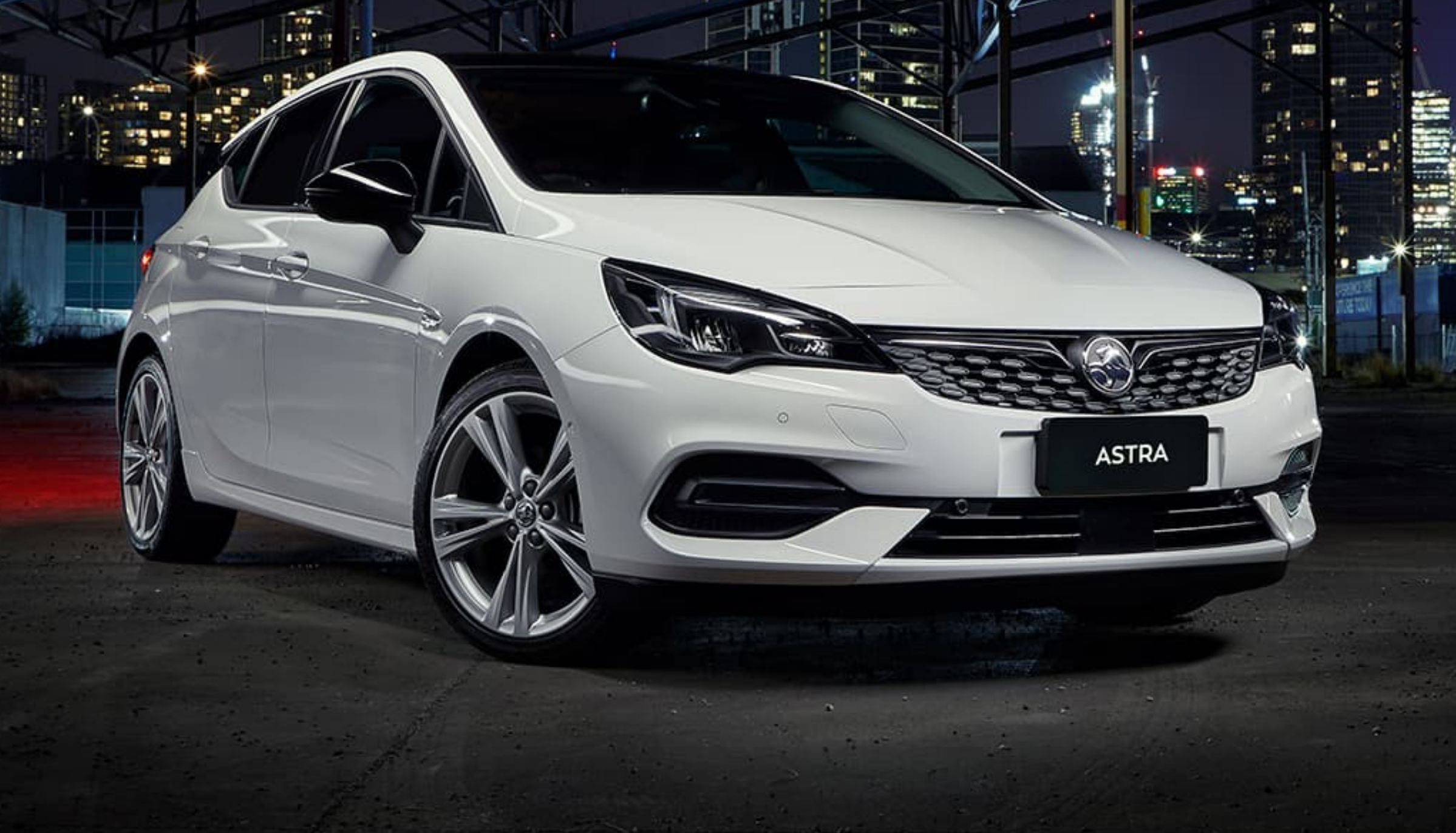 Though mechanically similar to the U.S.-market Chevrolet Cruze, the Holden Astra rides on a slightly shorter wheelbase and is built by Opel Manufacturing Poland, which also assembles the right-hand-drive Vauxhall Astra.

The Holden Astra lineup had at one time included a sedan and wagon, but those models were discontinued when the brand announced plans to drop the Astra and Commodore from the lineup. Even prior to the announcement that Holden operations would cease completely, the Astra was scheduled for retirement after the 2020 model year. The Astra is powered by either a turbocharged 1.4-liter 4-cylinder or a 1.6-liter four. 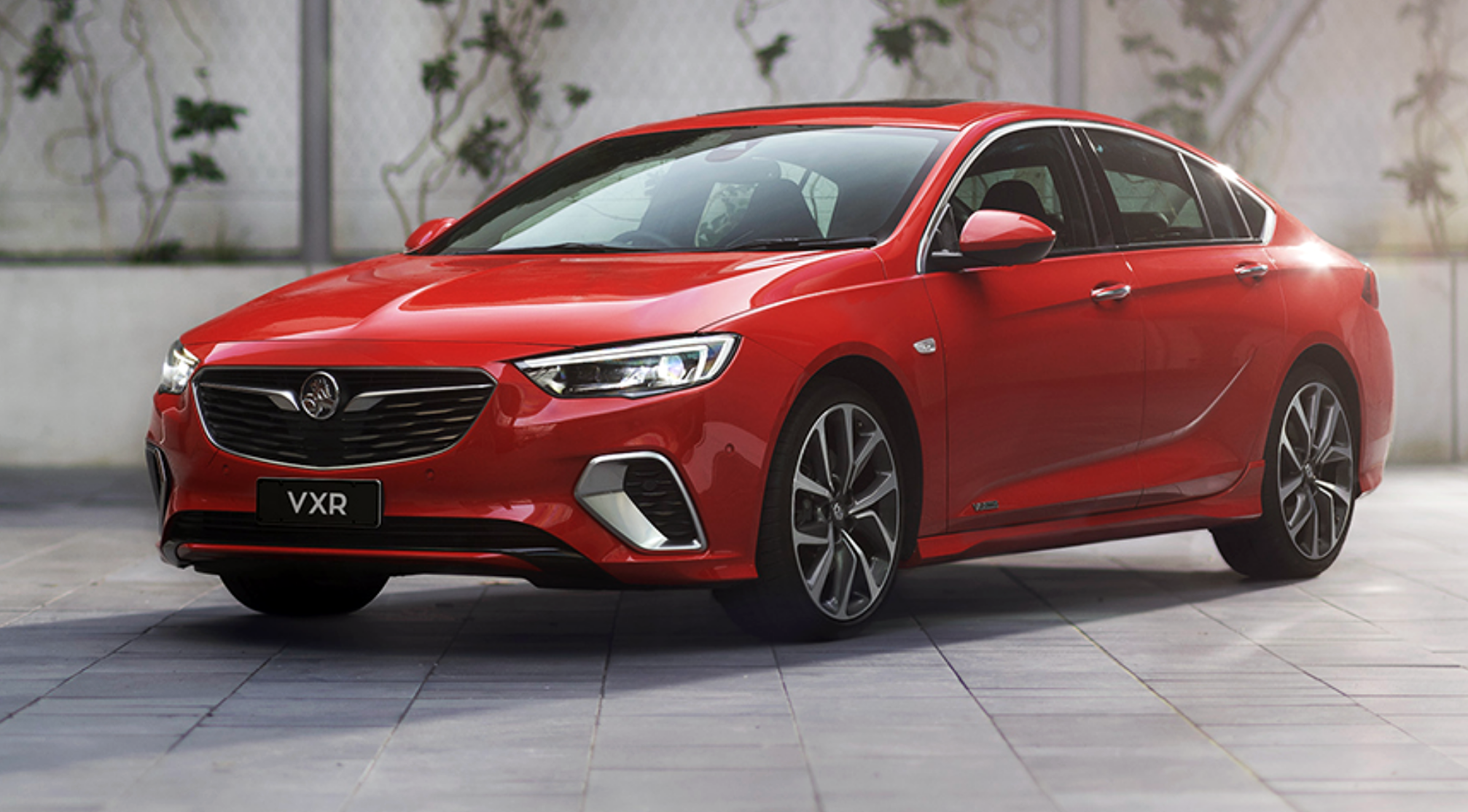 Turns out the Commodore lineup was in trouble even before the Holden brand was given the axe. The fifth and current generation of the Commodore proved a dud with Australian enthusiasts, as the new car moved from rear-wheel drive to front drive, and is no longer offered with an available V8—it is also no longer built in Australia.

Manufactured by GM’s Opel group for Holden, last Commodores were powered by a turbocharged 2.0-liter 4-cylinder, a turbodiesel 2.0 four, or a 3.6-liter V6.

Like the North-American-market Regal, also assembled by Opel, the Commodore is a near clone of the European-market Opel Insignia and is built in Rüsselsheim, Germany.

Also like the Regal, the Commodore is not offered in true sedan form. The Liftback, seen here, features a large rear hatch and is a virtual twin to the Buick Regal Sportback, save for the right-hand drive. A pair of Commodore wagons are also offered.

One of three Commodore variants, the Sportwagon is a conventional station wagon and has no direct U.S. analog, though it is similar to the Buick TourX wagon.

The Sportwagon is offered with the same engines as the Commodore Liftback. 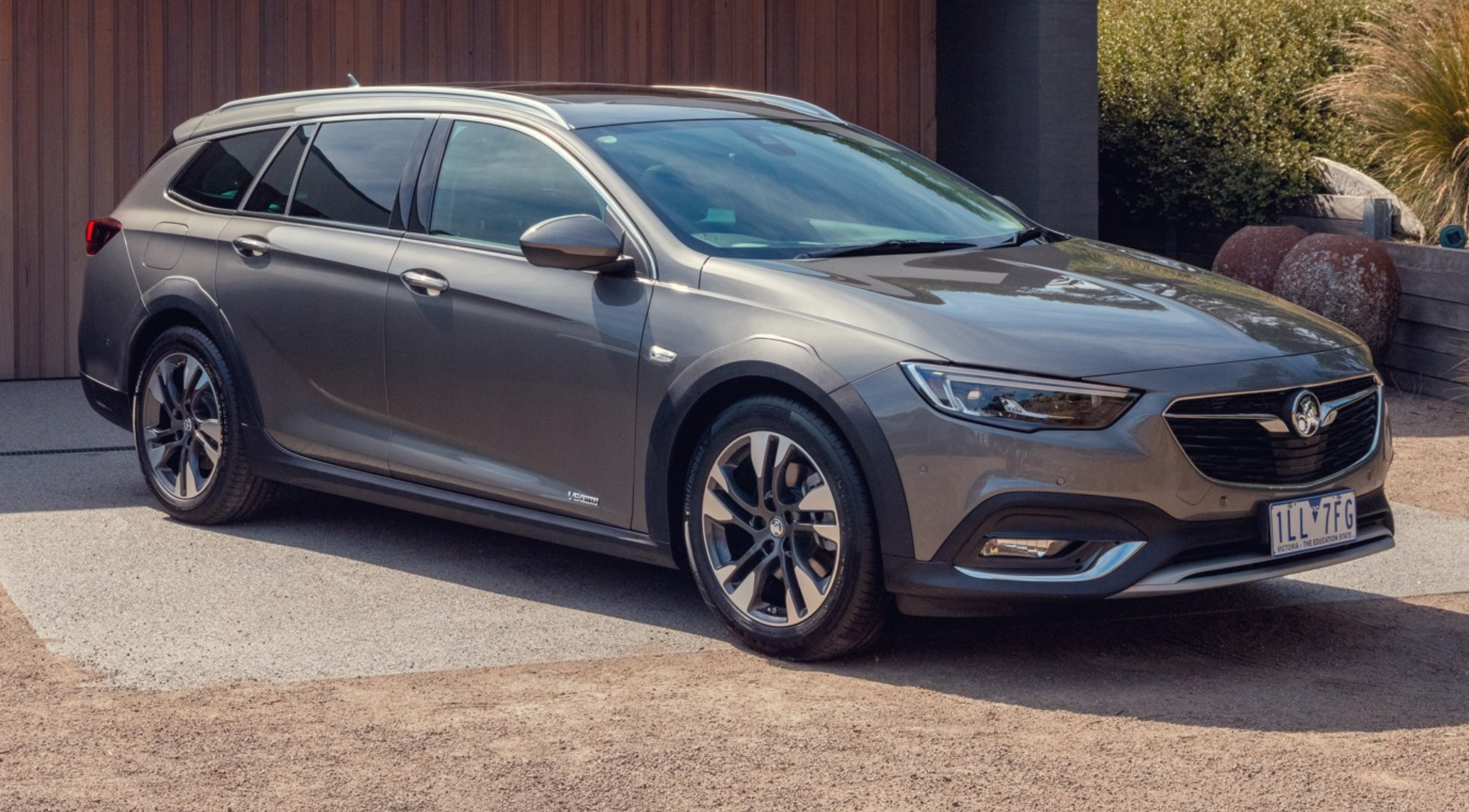 Essential a Commodore Sportwagon spiced up with a dash of SUV-ish body cladding and trim, the Tourer is nearly identical to the North-American-market Buick Regal TourX–save, of course, for the right-hand drive. 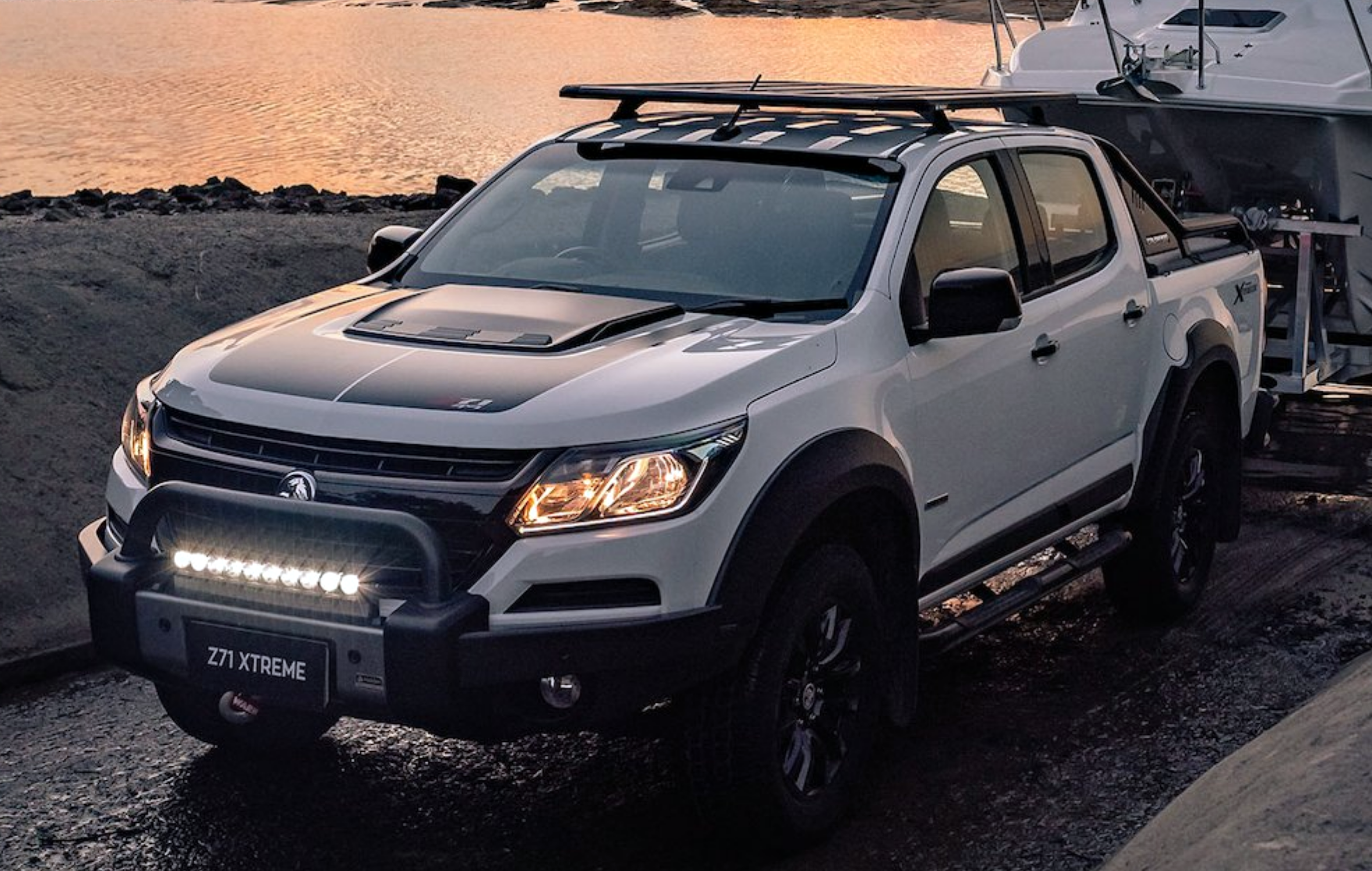 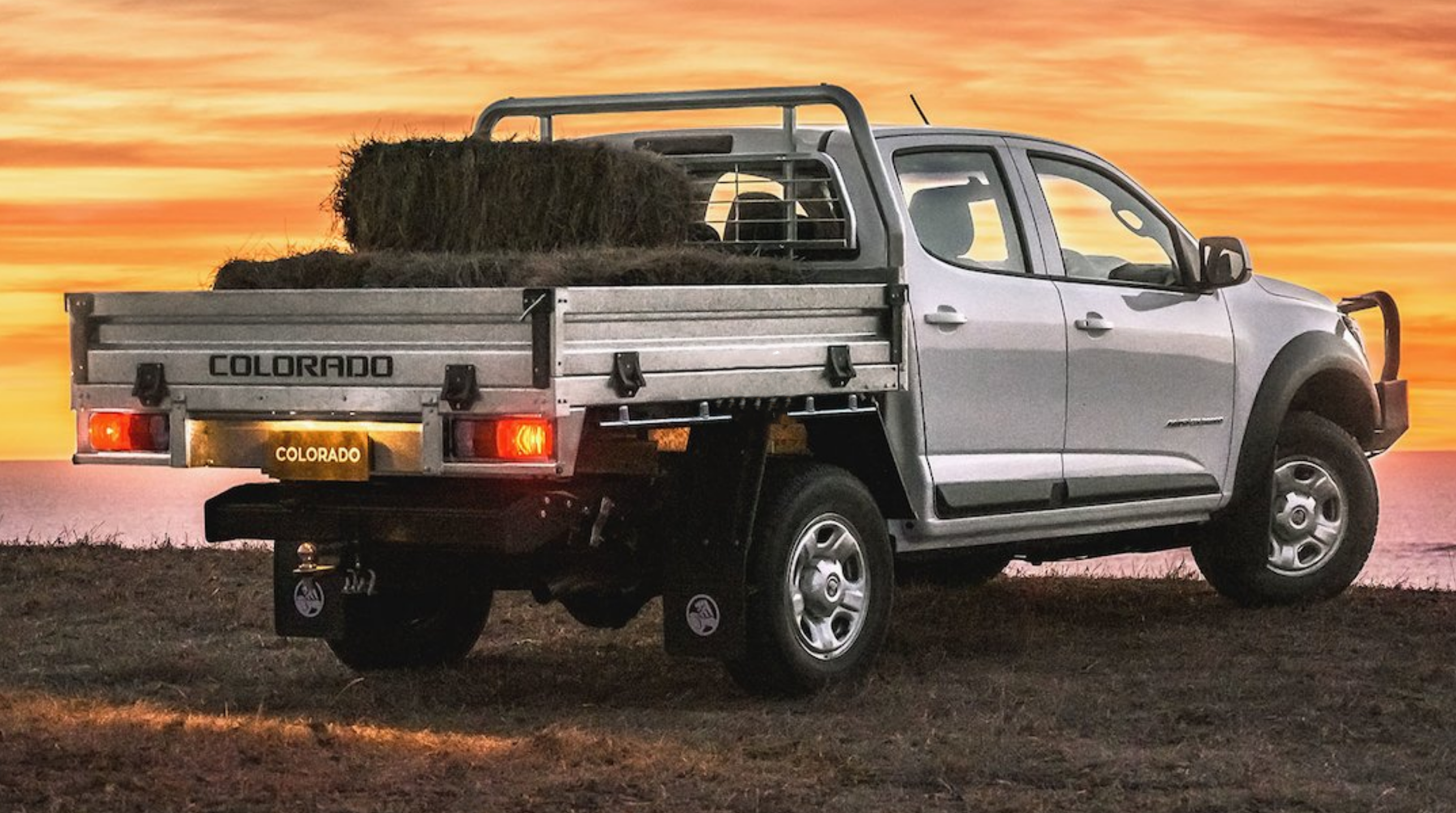 Though it’s named Colorado, this Holden pickup is but a distant cousin of the American Chevrolet Colorado.

Based on GM’s global pickup architecture—which is similar but not identical to that of the U.S.-market Chevy Colorado and GMC Canyon—the Holden Colorado is close kin to a Brazilian pickup also dubbed Colorado.

Assembled in GM’s Thailand assembly facility, the Aussie Colorado is powered by a 2.8-liter turbocharged diesel 4-cylinder. The Holden pickup is offered in extended- and crew-cab body styles, as well as a regular cab (which is not offered on the American Colorado).

The Holden Colorado is offered with five different factory customization packages, known as Accessory Packs, that are designed for specific usage applications. The Tradie Pack is designed for tradesmen and includes a towing package and auxiliary power outlets. The Black Pack features sporty trim and black wheels and tires. The Farmer Pack includes a towing package and replaces the bed with a flatbed. The Rig Pack includes a “nudge bar” and plenty of chrome accessories. Finally, the Xtreme Pack is designed for serious off-road use.

The Holden Colorado is mechanically similar to the Holden Trailblazer (see below). 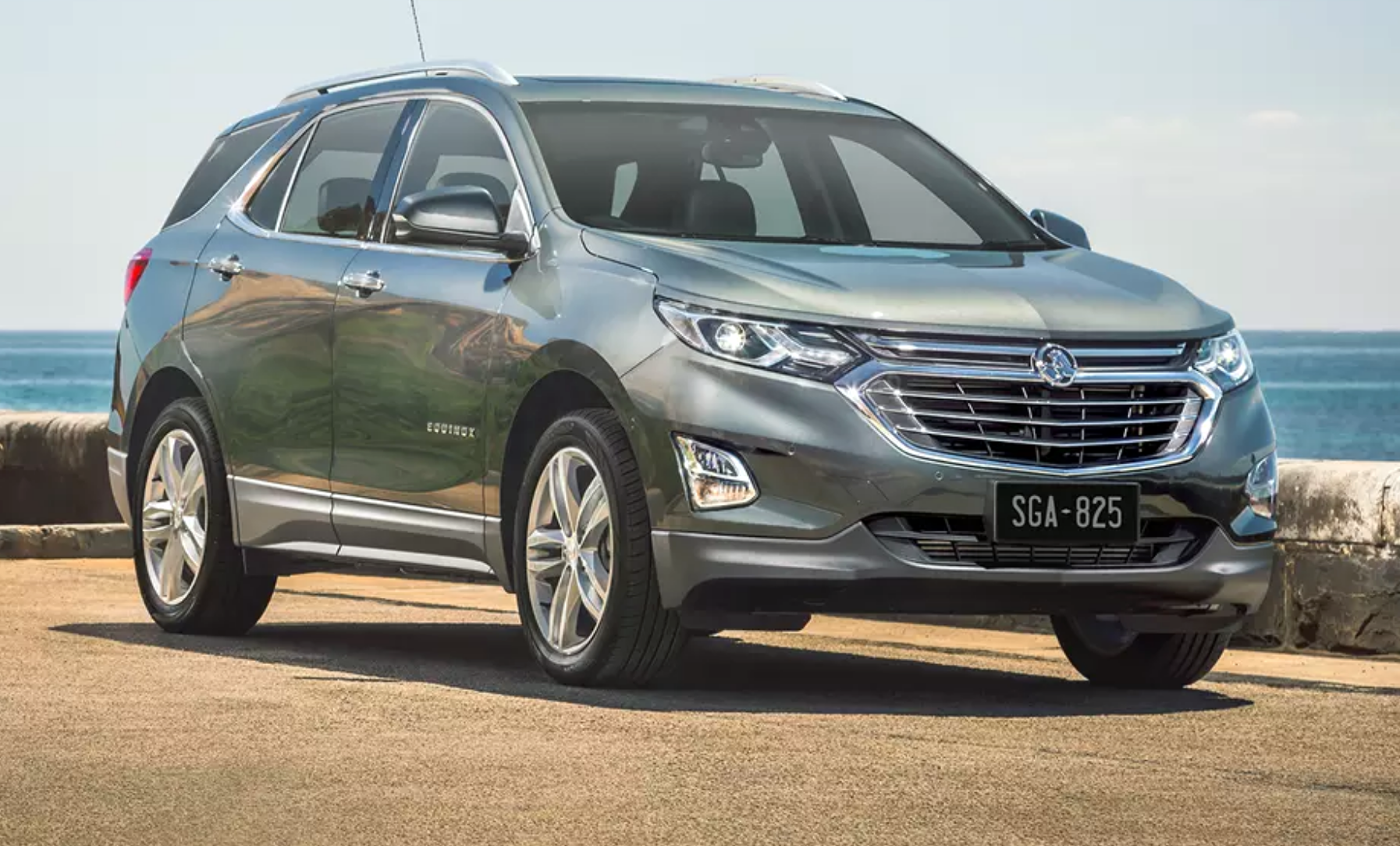 The Holden Equinox is a virtual clone of the North-American-market Chevrolet Equinox, save, again, for the right-hand drive. 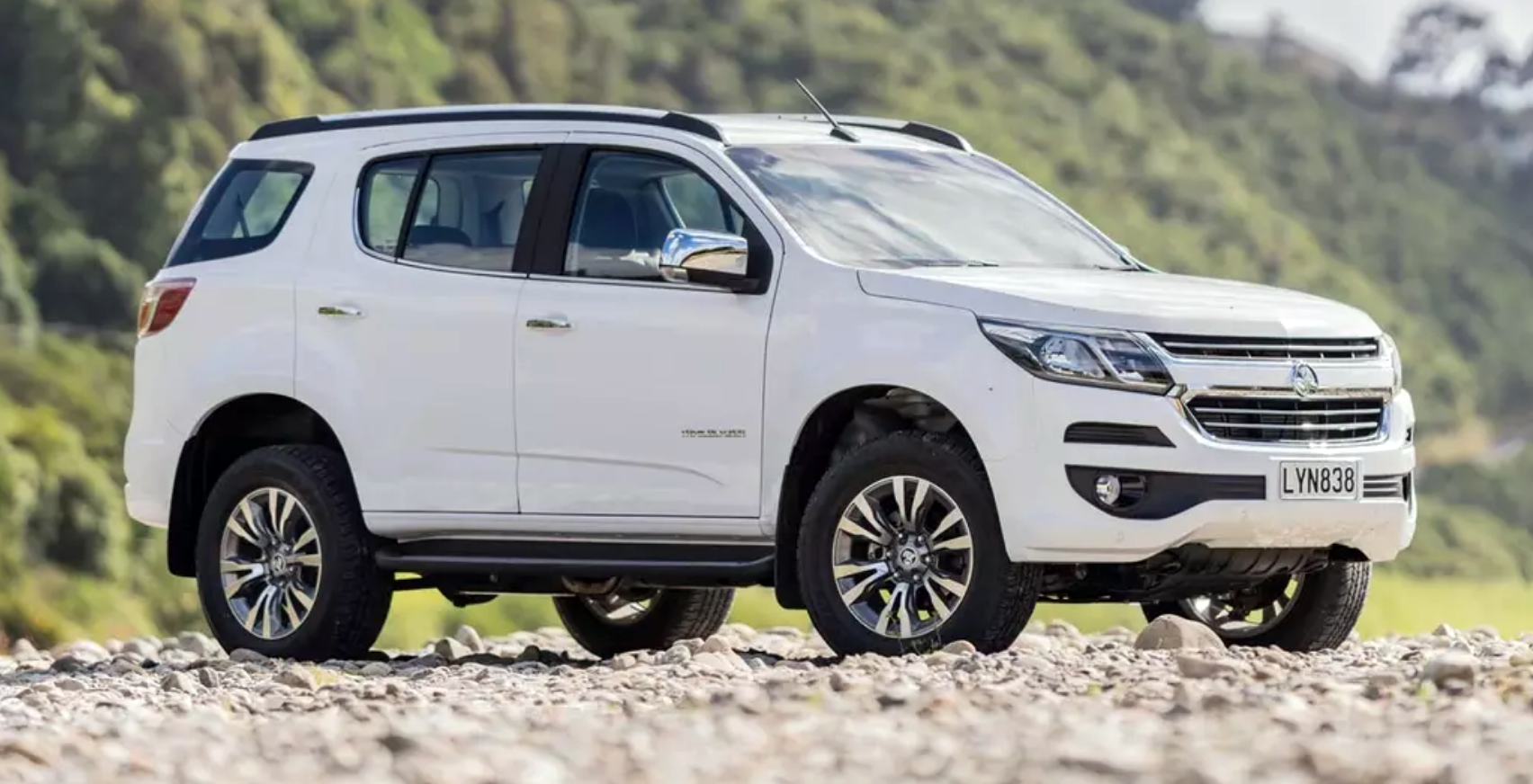 The Trailblazer is arguably the most interesting vehicle in the Holden portfolio, largely because there is no vehicle like it sold in North America. The 7-passenger, body-on-frame Trailblazer is based on GM’s global small-pickup architecture, and is only distantly related to the U.S.-market Chevrolet Colorado and GMC Canyon.

The Holden Trailblazer is a near clone of the South-American-market Chevrolet Trailblazer–though unlike the Chevy, which is assembled in Brazil, the Holden is built in GM’s Rayong assembly facility in Thailand.

For 2020, the Holden Trailblazer is offered only with a 2.8-liter 4-cylinder diesel. A 3.6-liter V6 had been previously available.

Note: The Holden Trailblazer is unrelated to the subcompact-sized 2021 Chevrolet Trailblazer due to arrive in U.S. showrooms this year. 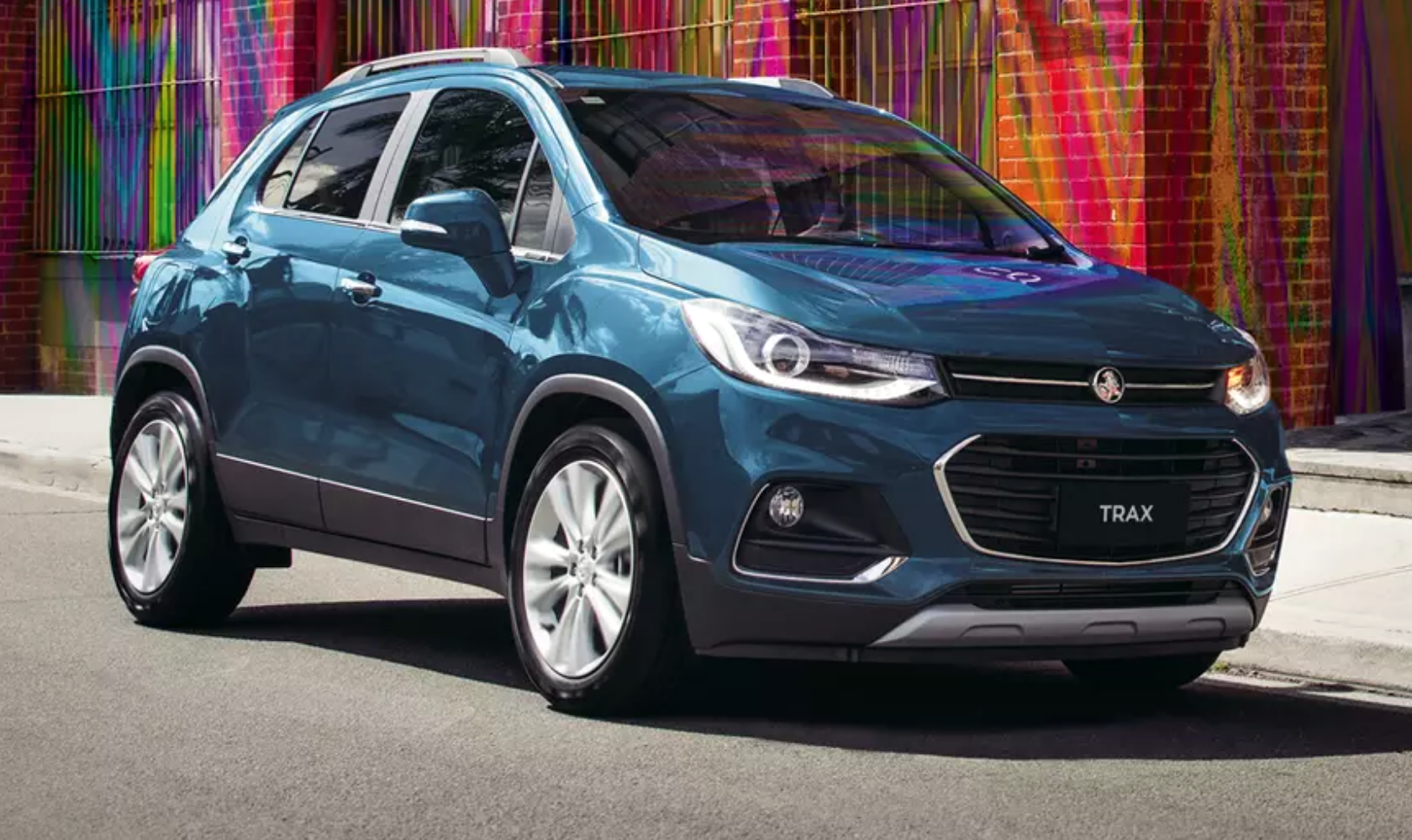 Like the Equinox, the Holden Trax is a virtual clone of its Chevrolet counterpart. The Trax is powered by a 1.4-liter turbocharged 4-cylinder engine, and is assembled alongside the North-American-market Trax in GM’s plant in Incheon, South Korea. 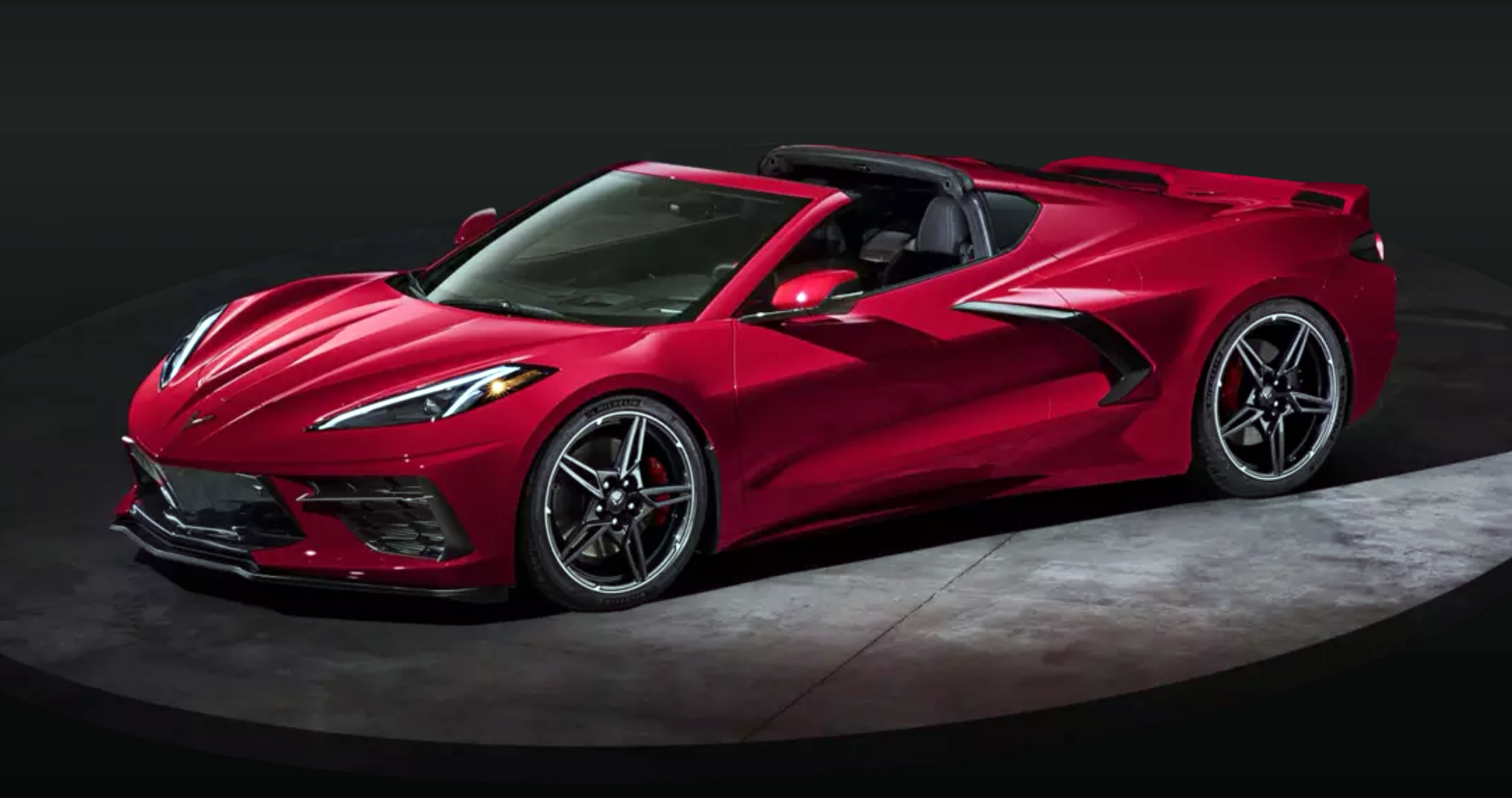 In the wake of GM’s announcement of Holden’s phaseout, Chevrolet representatives reaffirmed that a right-hand-drive version of the new C8 Corvette is still in development for sale in global markets such as the United Kingdom and Japan. Though Holden’s consumer website includes the new Corvette in its product-lineup section (and includes a “register for updates” form), it seems unlikely at this point that the C8 will be officially sold in Australia.