The GS is the only 2018 Buick Regal model offered with a V6 engine.

When the redesigned Honda Accord debuted for the 2018 model year, it was missing an optional feature it had offered for more than two decades: a V6 engine.

Now available only with turbocharged 4-cylinder powerplants, the new Accord became the best-selling midsize sedan to rid itself of its 6-cylinder powerplant. In doing so, the Accord joined a growing list of mainstream midsizers that have dropped their optional V6s in recent years–including the Chevrolet Malibu, Hyundai Sonata, Kia Optima, and Mazda 6.

We can argue all day that most of the turbocharged fours now working in place of those 6-cylinder powerplants offer similar power while delivering much-improved fuel economy, but there are hardcore V6 fans who simply don’t care.

And, if we’re completely honest about it, most of these turbocharged engines—though generally potent and refined—fail to deliver the immediate surge of torque their V6 predecessors did, and they simply don’t idle as smoothly.

If you’re thinking V6, know this: The remaining midsize-sedan V6 engines come only in pricey topline models, and the fuel-economy hit for choosing the old-school engine can be significant (about 4-5 mpg on average).

Here, we have compiled a gallery of all the remaining mainstream midsize sedan models still offered with a V6 engine. Check it out, and let us know if you think going V6 is still worth it.

Technically, the Regal GS isn’t a sedan–it’s a 4-door hatchback sedan. That said, we’re not going to let a little extra functionality prevent the GS from appearing on this list. Note that the sporty GS is the only Regal available with a V6 engine; other Regal models are powered by a 250-horsepower 2.0-liter turbocharged four. 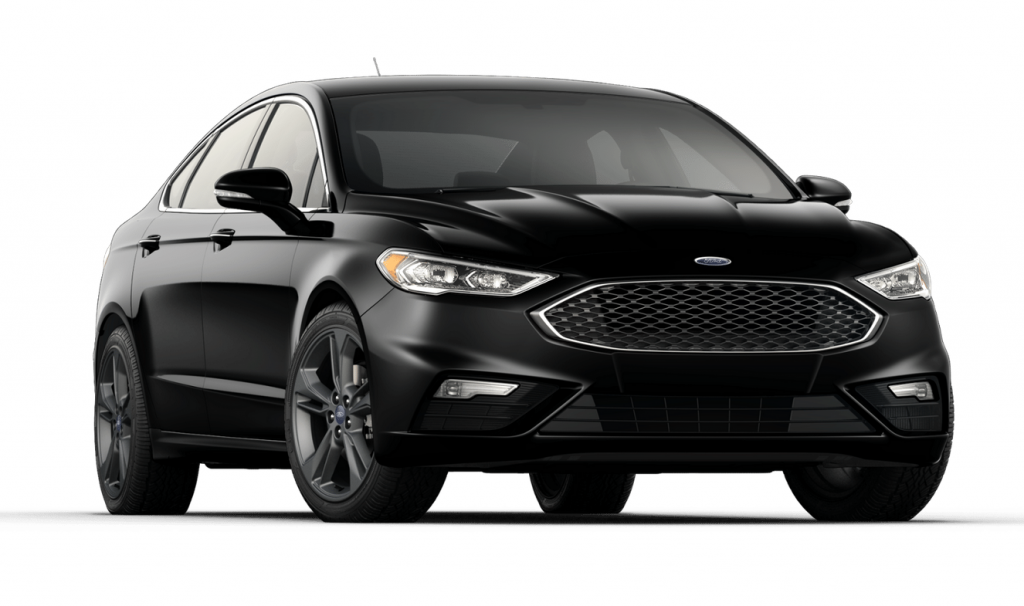 The Ford Fusion is offered with more powertrain options than the average new-car shopper can shake a stick at, including a 2.5-liter four, a pair of turbocharged fours, and hybrid/plug-in hybrid versions. Also available is a lone V6, but it’s a honey of a six–an EcoBoost 2.7-liter turbocharged engine that is offered solely in the performance-oriented Fusion Sport model. The sudsy powerplant cranks out a satisfying 325 horsepower–80 more than the EcoBoost 2.0, which is the next most potent engine in the Fusion powertrain lineup. 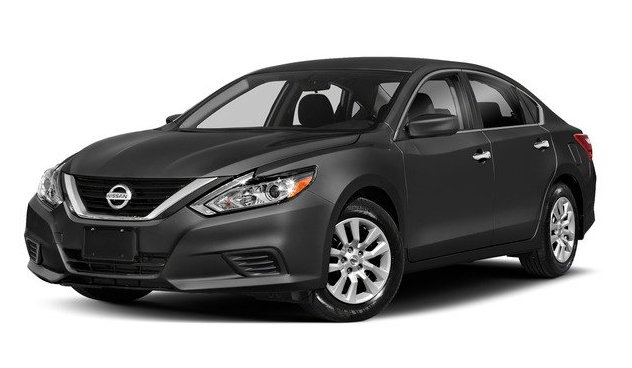 We are including the Nissan Altima on this list, even though its available V6 engine is about to become a thing of the past. The Altima has been redesigned for 2019, bringing with it Nissan’s new VC-T variable-compression-ratio- and turbocharged 4-cylinder engine. Expect the VC-T to be the topline engine, with the familiar 2.5-liter four returning for duty in lesser models. 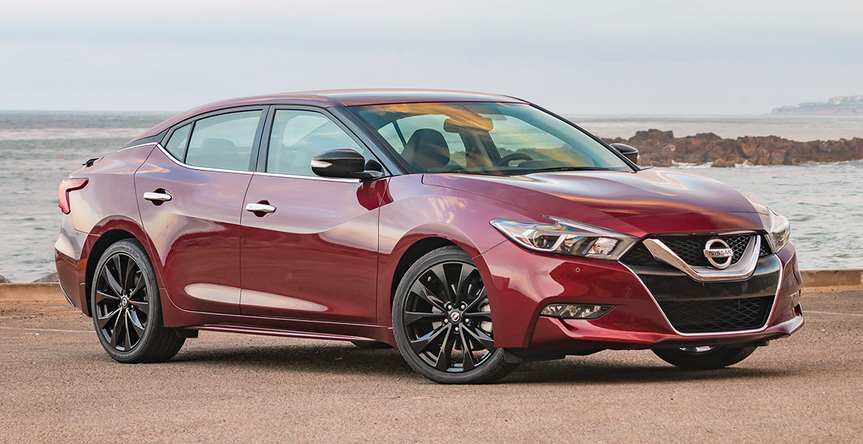 Maxima is an odd duck in this crowd, as its entire identify is built around its 6-cylinder powerplant. Maxima has always played the role of a sporty, semi-premium midsize sedan, being a step-up in power and content from the Nissan’s various lower-priced midsize offerings over the years, including the Stanza and later the Altima. With sedan sales on the wane and the V6 engine becoming rarer and rarer, one wonders if the long-running Maxima nameplate has much of a future. 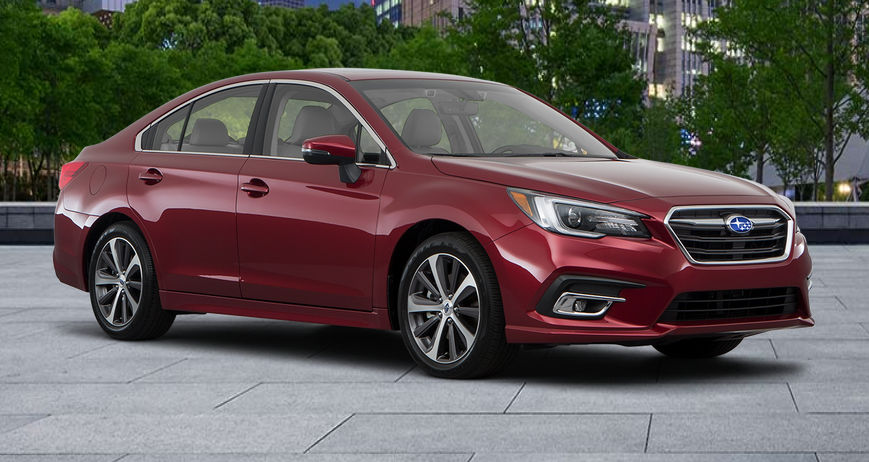 Among the cars on this list, only the Volkswagen Passat GT is more affordable than the Legacy 3.6R Limited. However, the Subaru also has the lowest horsepower rating of the group. For the record, the Subaru engine is not a V6; it’s a horizontally opposed six, with the cylinders laid flat in two rows instead of  a “V” configuration like the other engines on this list. Like the Regal GS and the Fusion Sport, the Legacy comes only with AWD. 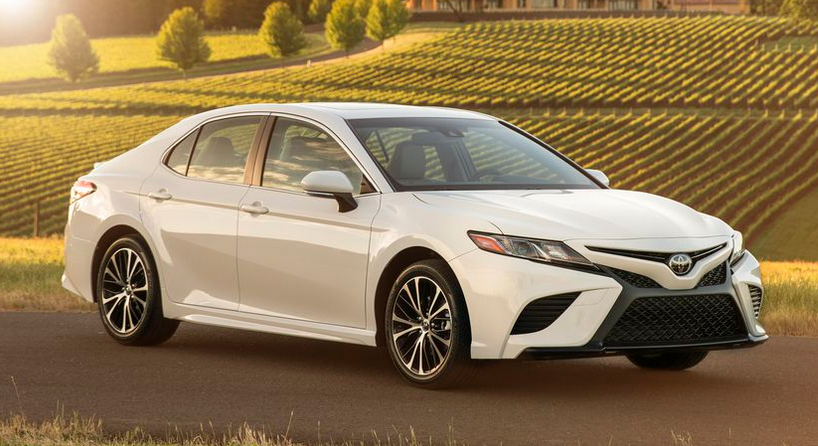 Unlike the Honda Accord, which was also completely redesigned for 2018, the Toyota Camry retained its available V6, going so far as to give the refined powerplant a small power bump for the new model year. Toyota representatives expect that roughly 20 percent of Camry buyers will opt for one of the models equipped with the V6, a take rate that is higher than we would have expected. With the Accord now 4-cylinder only, it’s possible Toyota will snag a few one-time Honda shoppers disappointed that their favorite sedans can’t be had with a six. 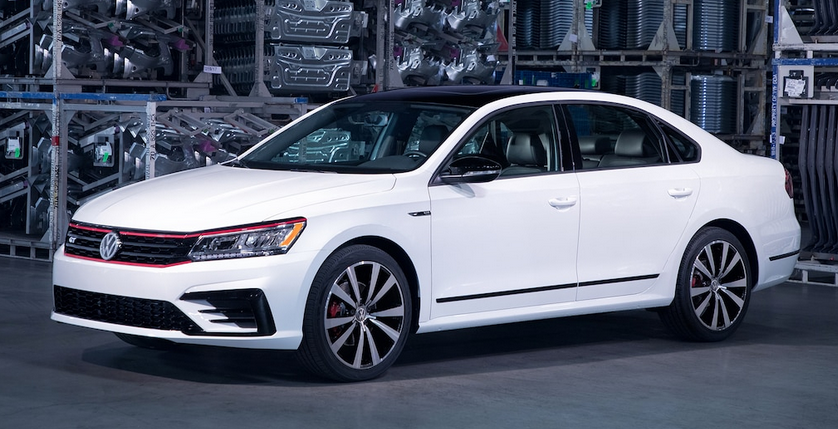 Volkswagen was a pioneer of the small turbocharged engine, equipping the 1998 Passat with a 150-horsepower 1.8-liter 4-cylinder that moved the midsize sedan with surprising vigor–especially when it was equipped with the available manual transmission. Despite that brave move, the Passat can still be had with a V6 some 20 years later. It’s a good V6 though, packing a healthy 280 horsepower along with excellent all-around smoothness and refinement. At just over $30,000, the Passat GT is something of a bargain, though its 19-mpg city rating is among the lowest on this list.