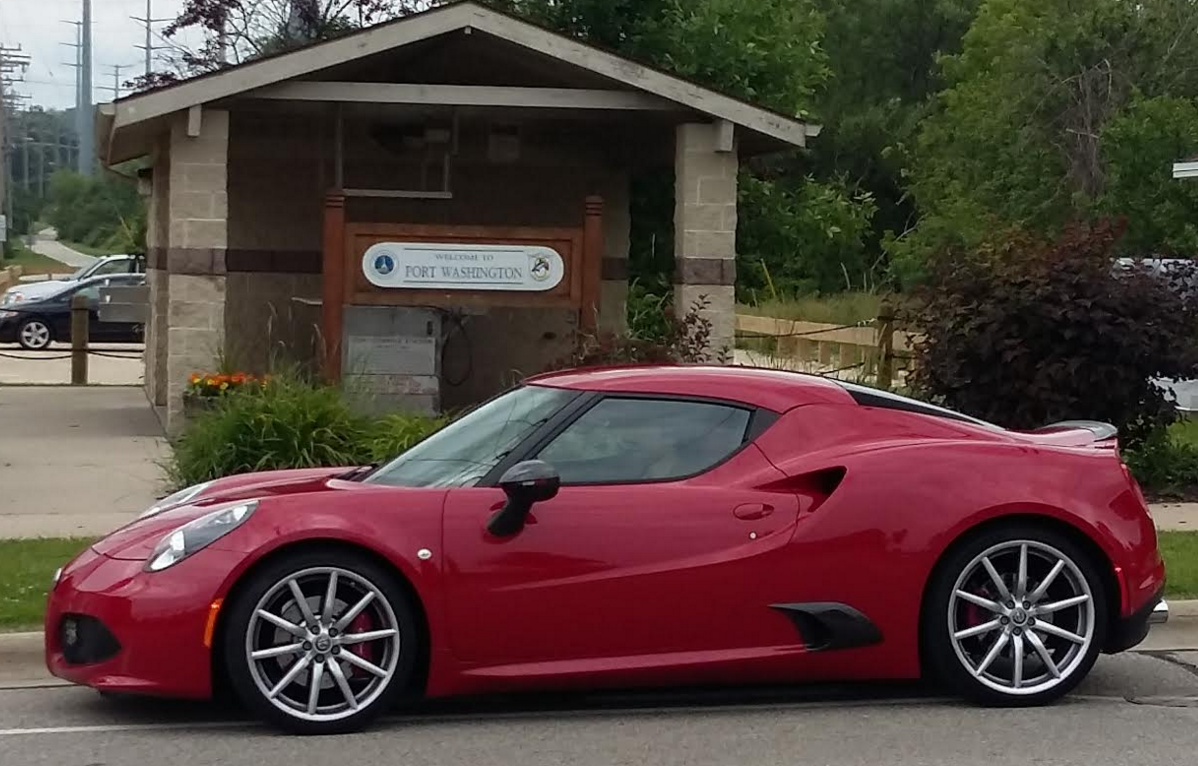 While intimately familiar with fishing (that’s a public fish-cleaning station in the background), the good people of Port Washington, Wisconsin, seemed far less familiar with Italian exotics — at least if the stares and figure-pointing the 4C endured was any indication.

Although hardly a sensible car, if you accept the Alfa Romeo 4C as a bargain-priced exotic, its limitations become a lot easier to overlook.

Still, it takes an awful lot of overlooking. Even after opening the long door far enough to provide access (hopefully you – and the person next to you – have left enough space) and folding yourself into the interior (a feat with a degree of difficulty only a contortionist could ignore), you’ll find little in the way of seat adjustment, even less in the way of seat comfort, a rather limited amount of room, virtually zero storage space, and rear visibility that makes backing up an exercise in blind faith. And this is before you’ve had to deal with the radio controls.

Actually, this tester’s radio was far easier to use than those in some earlier 4Cs we’ve driven. New for 2017 is a standard Alpine-brand unit, and our test car was fitted with an optional premium Alpine system that included a subwoofer. As the radio fit into the same small dash slot previously occupied by the indecipherable mess that used to be standard, this is quite an advancement. That’s not to say it was easy to use, but at least you had a reasonably fair chance of figuring out which of the teeny little buttons would execute the desired action when pressed – though trying to do so while driving on anything but a glass-smooth surface added its own degree of difficulty. Unfortunately, another space the Alpine occupied (or at least, one of its speakers did) was the tiny cubby in the rear wall of the cabin that otherwise accounts for 90 percent of the interior storage room, leaving only two small cupholders (conveniently placed behind your elbow on the console) and a small net suspended under the passenger side of the dashboard that could – maybe – hold a pair of gloves (and I mean dainty driving gloves, not thermal winter ones) to stash your stuff. 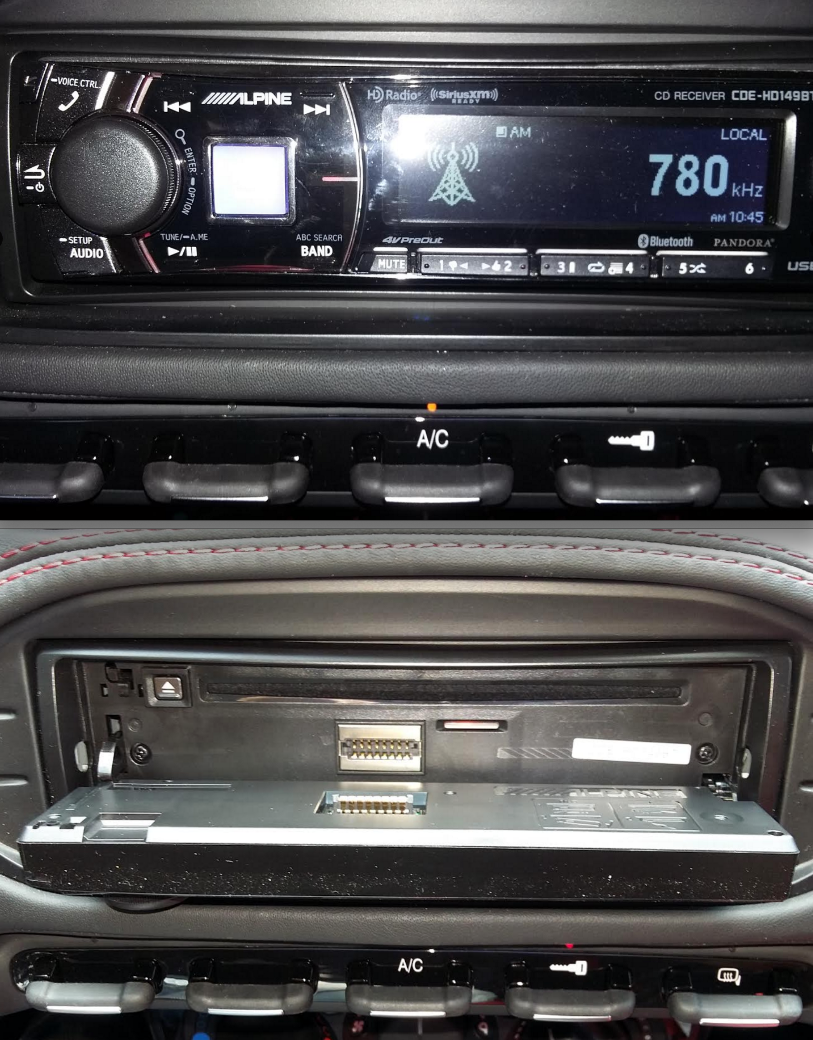 Our test car came with the optional Alpine Premium Audio System with subwoofer ($900), which included tiny but decipherable buttons (something that could not be said of some earlier units), and the faceplate flipped down to reveal a CD player (which I found strictly by accident).

Our test car was also fitted with optional red leather seats that came as part of the $2000 Leather-Trimmed Interior package, which added quite a bit in the way of needed pizzazz if not a whole lot in the way of needed comfort. At least the cushions seemed to have more padding than their stock counterparts (two wafer’s worth rather than just one), though their bolsters were tall and close together, lumbar support remained lacking, and you still couldn’t adjust them for height, leaving average-size folks appearing to be looking out the windows doing a Kilroy impression. Granted, seat comfort can be very subjective, and I did take the 4C on a 250-mile road trip, so this may be less of an issue for others.

But once situated, you buckle your seat belt, press the red starter button, and … the fun begins.

After the little turbocharged, 1.4-liter four-banger fires with an eager snarl, it settles into a slightly gravely idle. You reach down to the console and press the “1” button (at least if you’ve already had the requisite primer), and the transmission lurches into gear. Then you lift your foot from the brake pedal, and … nothing.

Unlike virtually all other automatics – including automated manuals like the 4C’s – there is no dialed-in “creep”; you have to apply some throttle to get it going. But then, with just a bit more lurching, you’re off … unless, that is, you also intended to turn.

You wouldn’t think a lightweight, mid-engine car would need power steering (clearly Alfa engineers didn’t), but boy … until the car is at a walking pace, turning the steering wheel is an exercise in … well … exercise. Popeye could manage, but Olive Oyl is going straight. So parking can be a bit of an ordeal, aggravated by the fact that the 4C has a rather wide, 40.5-foot turning circle. 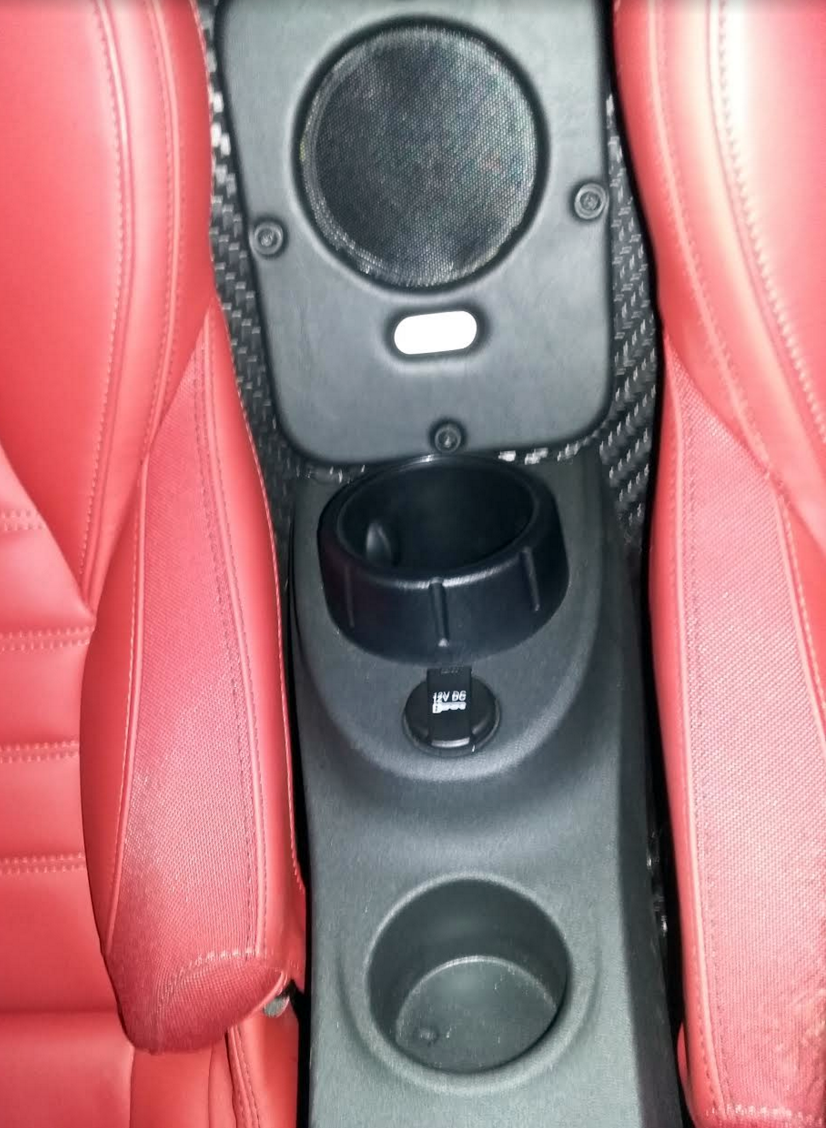 Cockpit storage consists of … exactly what you see here. Yep; two cupholders, both inconveniently located at the rear of the console, where they vie for space with your elbow. However, cars lacking the optional audio system would have a covered bin in place of the black speaker seen at top, thereby increasing interior storage capacity by approximately 1000 percent.

But now you’re rolling. The steering that was heavy before now feels “connected,” and the roughish idle is replaced by a smooth, crescendoing soundtrack interrupted at gear changes by a bit of an exhaust “pop.” You deftly jink around potholes and slack-jawed fellow drivers to make your way toward that bastion of misbehavior, that artistry in asphalt, our government’s glorious gift to urban car guys: Yep … the beloved on-ramp.

Oh, the chorus that quartet of pressurized pistons sings as the tach needle swings toward redline. So sweet is the song and so willing the voices that the process bears repeating, which it dutifully does with every pop and lurch that accompanies a gear change.

That downhill curve coming up at … uh … “slightly in excess of the speed limit”? No problemo. What the 4C lacks in ride composure (which is a lot) is made up for in cornering capability (also a lot), making you suddenly appreciate the aforementioned and previously maligned seat bolsters.

All of this marked the beginning of the likewise aforementioned road trip, which brought to light some other limitations. 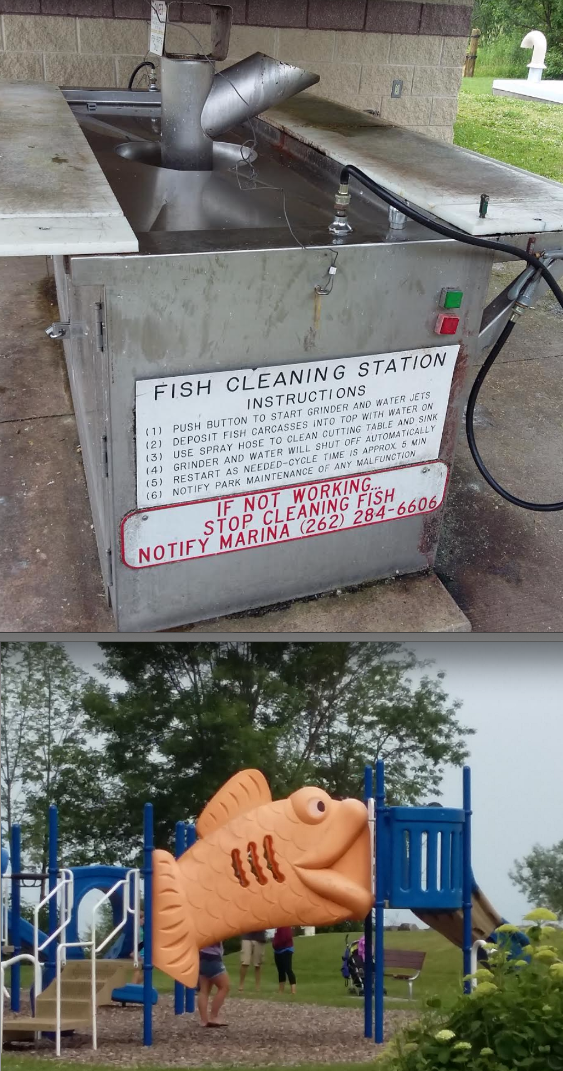 I wouldn’t say that Port Washington, Wisconsin, has a fish fetish, but you’re welcome to. There are two public fish-cleaning stations in town, and even the children’s playground has a gilled mascot.

All this may sound like complaining, but it really isn’t. It’s really just … forewarning. Exotic cars – almost by their nature – exhibit a copious number of compromises, which is probably why you rarely see them on the road.

While driving earlier 4Cs, any number of folks asked me if it was a Ferrari, which is not the worst case of mistaken identity an Alfa owner could suffer. The kicker here is that one can get into a 4C for as little as $57,495, a fraction of what the least-expensive Ferrari costs. So when put into that light – one that has you in a jaw-dropping Italian exotic that didn’t demand you write a six-figure check, yet still makes people think you did – the Alfa Romeo 4C really comes off as quite the bargain. Granted, it might not be the steed of choice for a cross-country road trip (unless, perhaps, the country you want to cross is Lichtenstein), but it is exactly the right choice when the road ahead twists and turns into the sunset … or even just enters a highway.