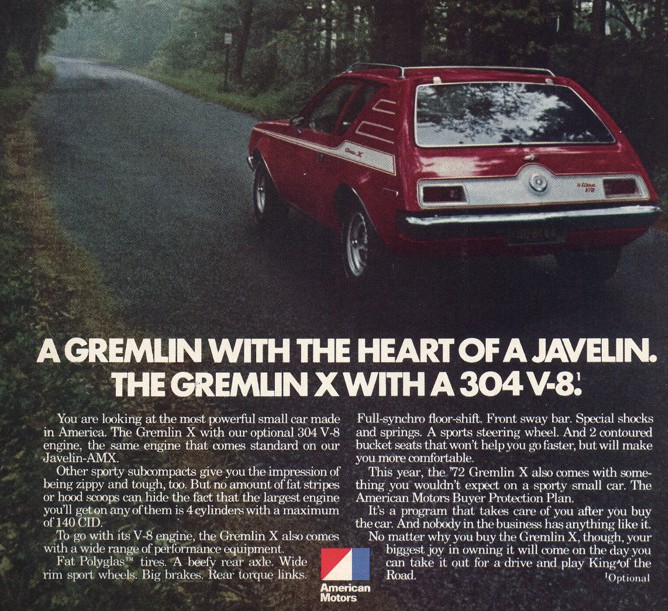 At a rated 150 horsepower, this ’72 AMC Gremlin sported a healthy performance advantage when compared with lesser models saddled with the standard 100-horsepower 232-inch six, or the available 110-horse 258-inch six.

Merriam-Webster defines a V8 as “an internal combustion engine having two banks of four cylinders each with the banks at an angle to each other.” While true enough, a dictionary definition of one of motoring’s finest achievements can’t begin to capture the intoxicating power of a well-tuned small-block’s exhaust burble.

Sure, Americans have seen their share of V16 engines and V12 mills from here and abroad, but it’s the V8 that combines that magical triumvirate of power, practicality, and potential that car lovers so appreciate. 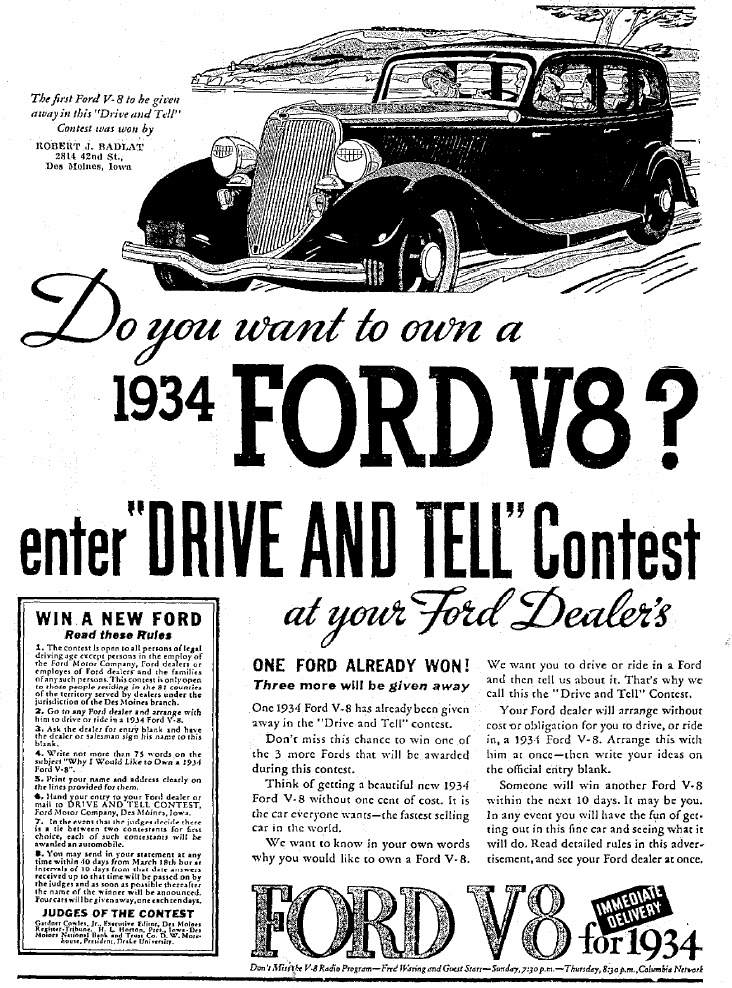 The power plant in these cars was so intrinsic to their identity they became simply Ford V8s. According to this ad, contestants best able to articulate their reasons for wanting a 1934 Ford V8 could drive away with one. The 221-inch V8 was good for a claimed 65 horsepower; a 50-horse four was also available for ’34. 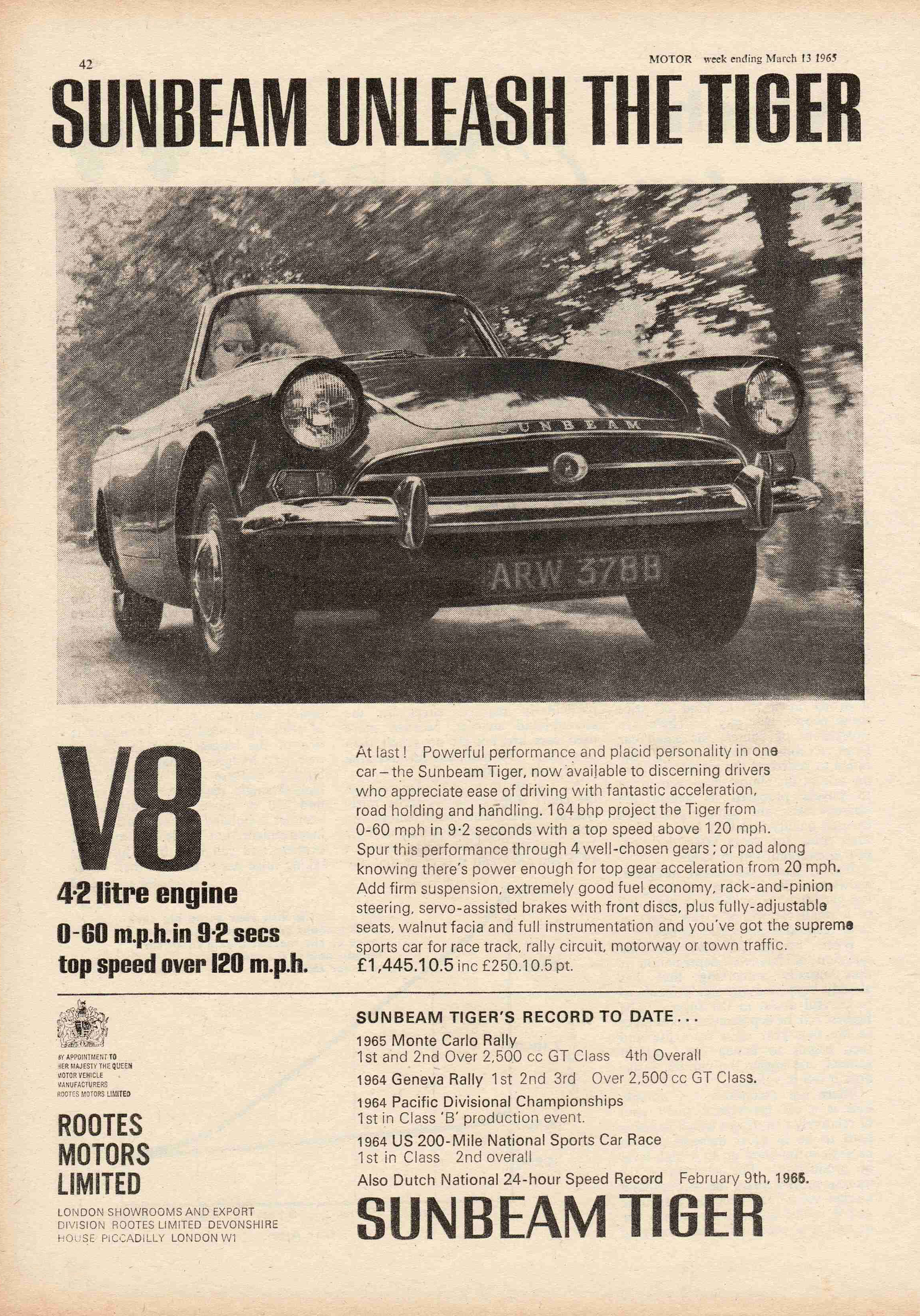 Leave it to the Brits to go all metric on a perfectly good cubic-inch engine. In this case, that engine is the Ford 260 V8; pretty much the same mill found in like-year Mustangs. With 164 horsepower on tap, the roughly 2600-pound Sunbeam Tiger was something of a rocket. Later versions of the car would sport a 289-cubic-inch version of the same V8 engine. 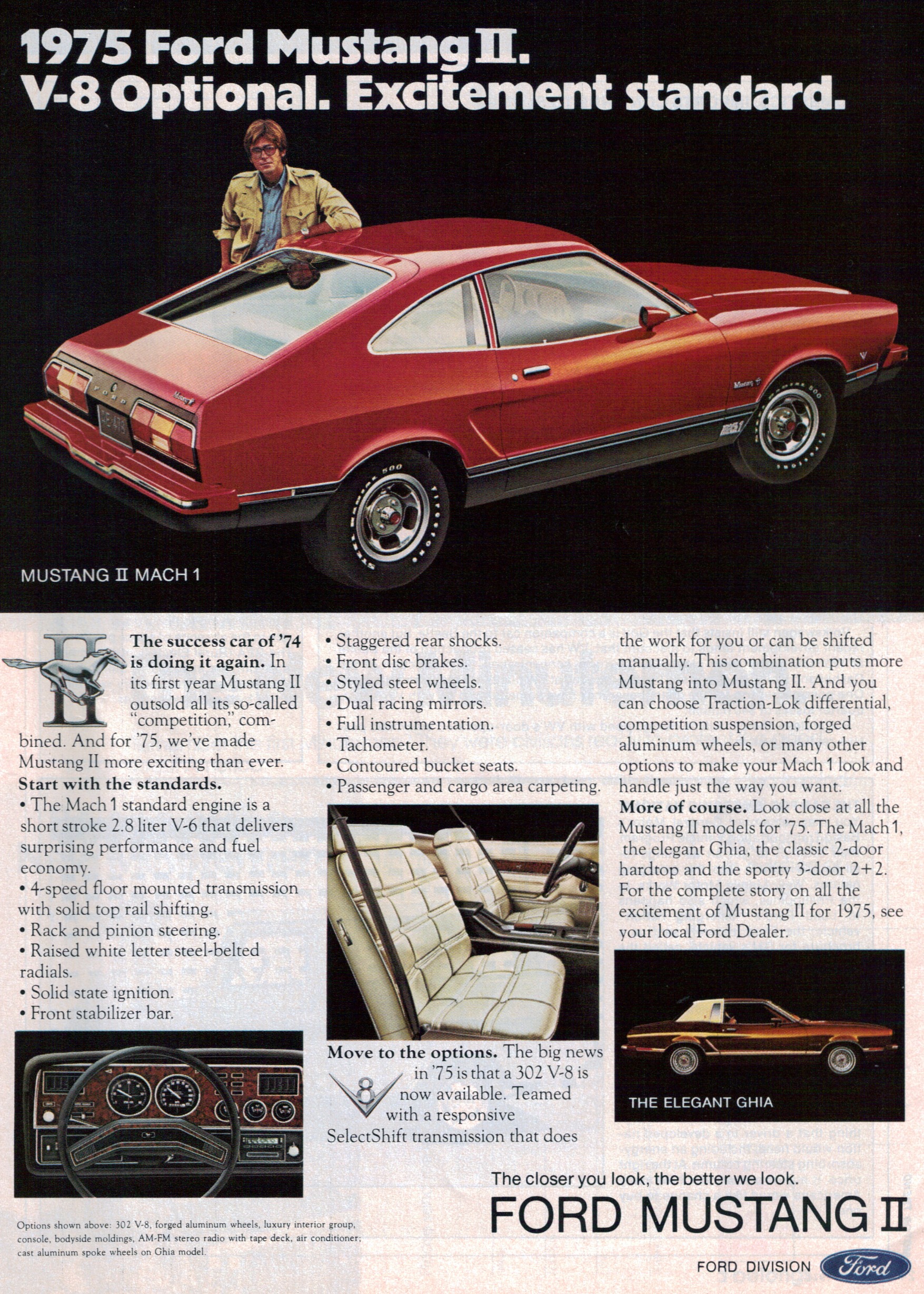 Though it sported a larger-displacement version of the same engine found in the Sunbeam Tiger above, the 1975 Ford Mustang could not boast more horsepower. Muscle-crimping emissions controls left the 302-inch V8 in this Mach 1 with just 140 horsepower. Still, buff books managed to take a ’75 V8 ‘Stang from 0-60 mph in about 10.5 seconds–perfectly respectable for the day. 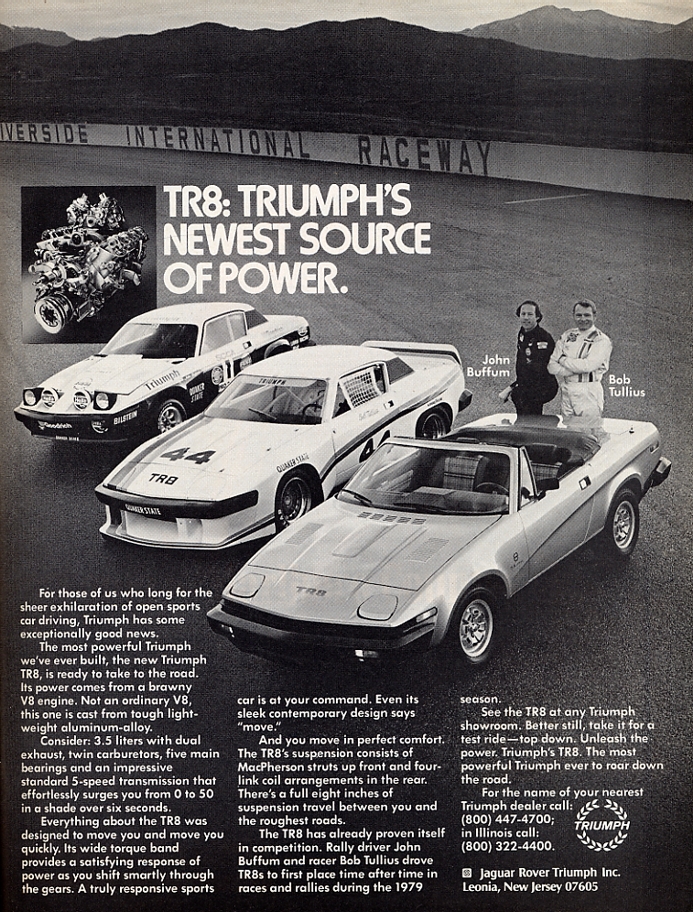 Another British sports car, another American V8 engine…sort of. The 3.5-liter engine in this Triumph TR8 was once known as the Buick 215-inch V8. However, unlike the Sunbeam mill (which was assembled by Ford) the folks at Rover had acquired the tooling for the “Rover V8” and produced it themselves. The TR8 itself was something of a rocket in its day, reaching 60 mph from a stop in just over eight seconds–only slightly off the pace of contemporary Corvettes.