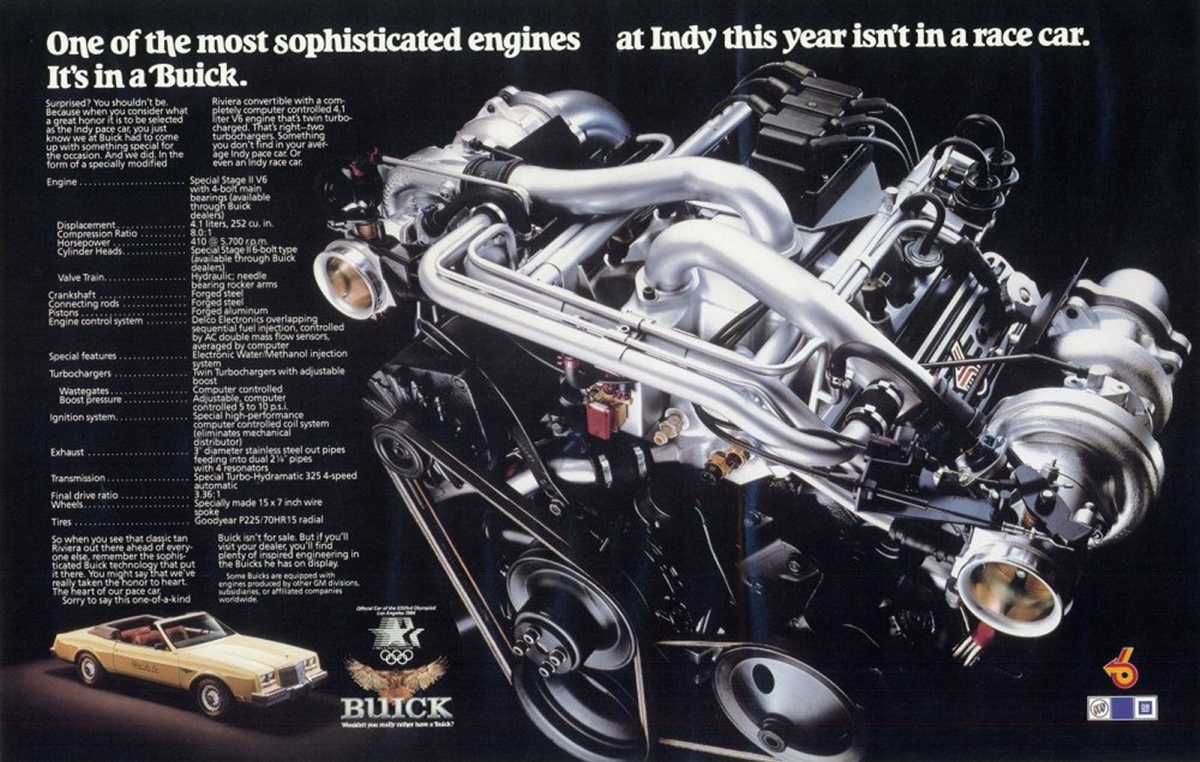 This 1983 Indy pace car sported a twin-turbocharged V6 that never made it into production. A single-turbo 3.8-liter V6 boasting 185 horsepower was available, however.

The V6 engine has played a funny role in American automotive history. For domestic product, the V6 represented–at least for a time–a response to high fuel prices and and, on a grander scale, the passing of an era. For import products, V6 engines meant stepping up into the mainstream, and competing head on with domestic makers in the massive midsize sedan market, and later the burgeoning SUV/crossover segment. What we have here are five ads openly celebrating the charms of V6 motoring. It’s worth noting that the V6 engine that once seemed like so much of a compromise is now being replaced by even more-efficient small-displacement turbocharged 4-cylinder mills. In fact, neither the Chevrolet Malibu nor the Ford Fusion is available with a V6 engine anymore. 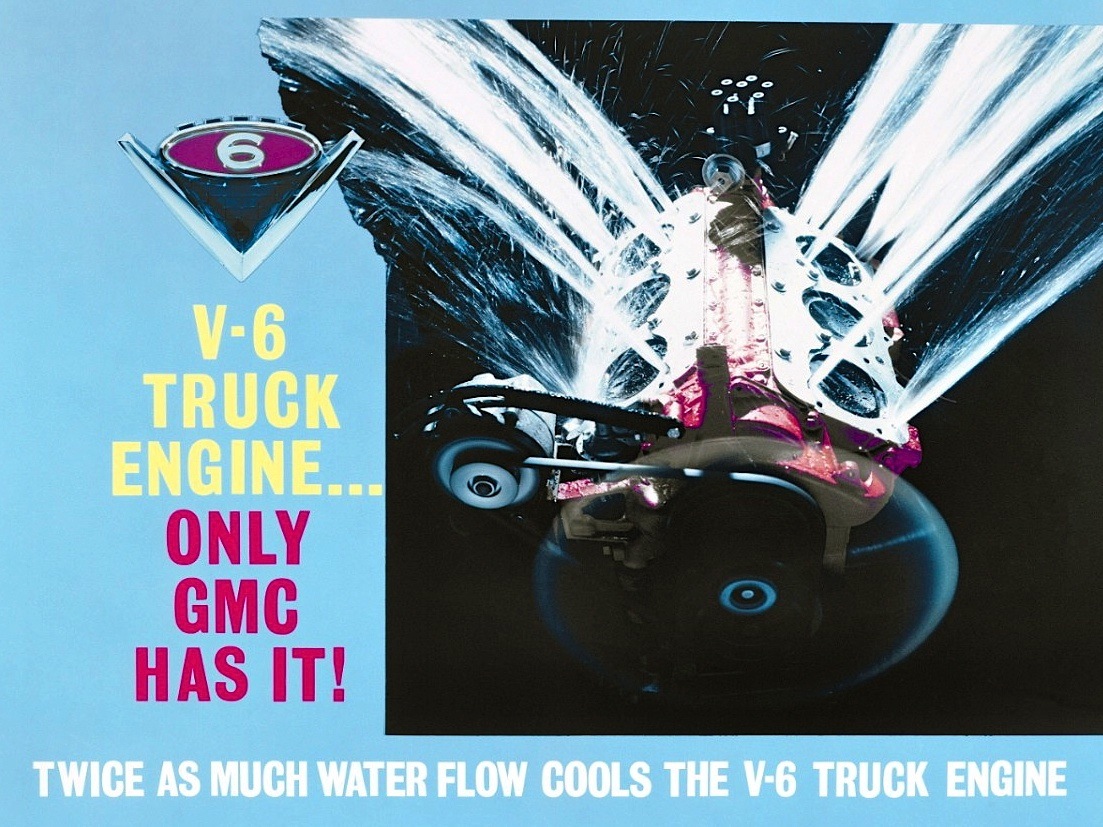 There was a time when GMC was a more autonomous division of General Motors, and acted quite independently of Chevrolet. And so it went in the Sixties when GMC made available a series of large-displacement V6 engines instead of the V8 plants normally found in hard-working trucks. The GMC V6 series ranged from the 305-inch engine depicted here, to a massive 478-inch unit. Also available was a titanic 702-inch V12 comprised of two V6 engines using a common block. 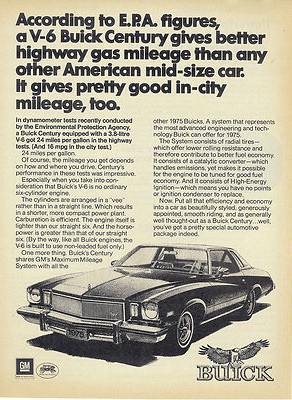 According to the text, the six cylinders in this Century’s engine are arrange in a “vee”, “…which results in a short, more compact power plant.” Cold comfort when we know full well a 455-inch V8 will fit comfortably under that hood. 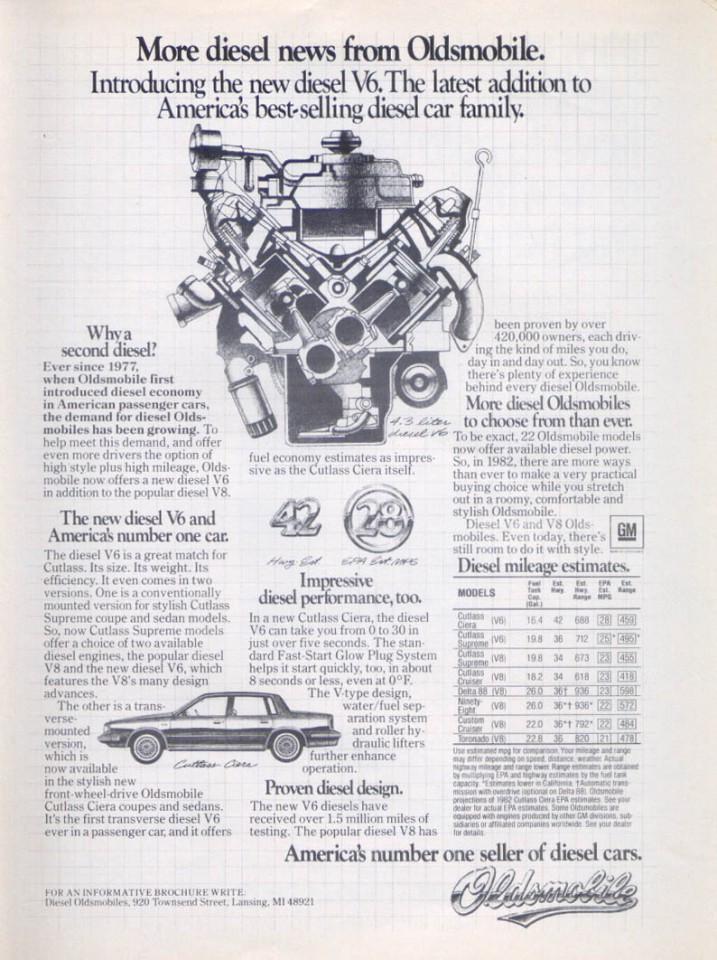 By the time this V6 appeared, the diesel pool had pretty much been poisoned for General Motors. Reliability problems with the 5.7-liter V8 oil-burner had taken their toll on public acceptance of diesel engines (at least in GMs) and launching a smaller, updated version of the engine wasn’t going things change much. A shame, as the diesel V6, which appeared for the first time in 1982, was fairly well reviewed by critics. On the plus side, GM did get to advertise some stellar mpg numbers. 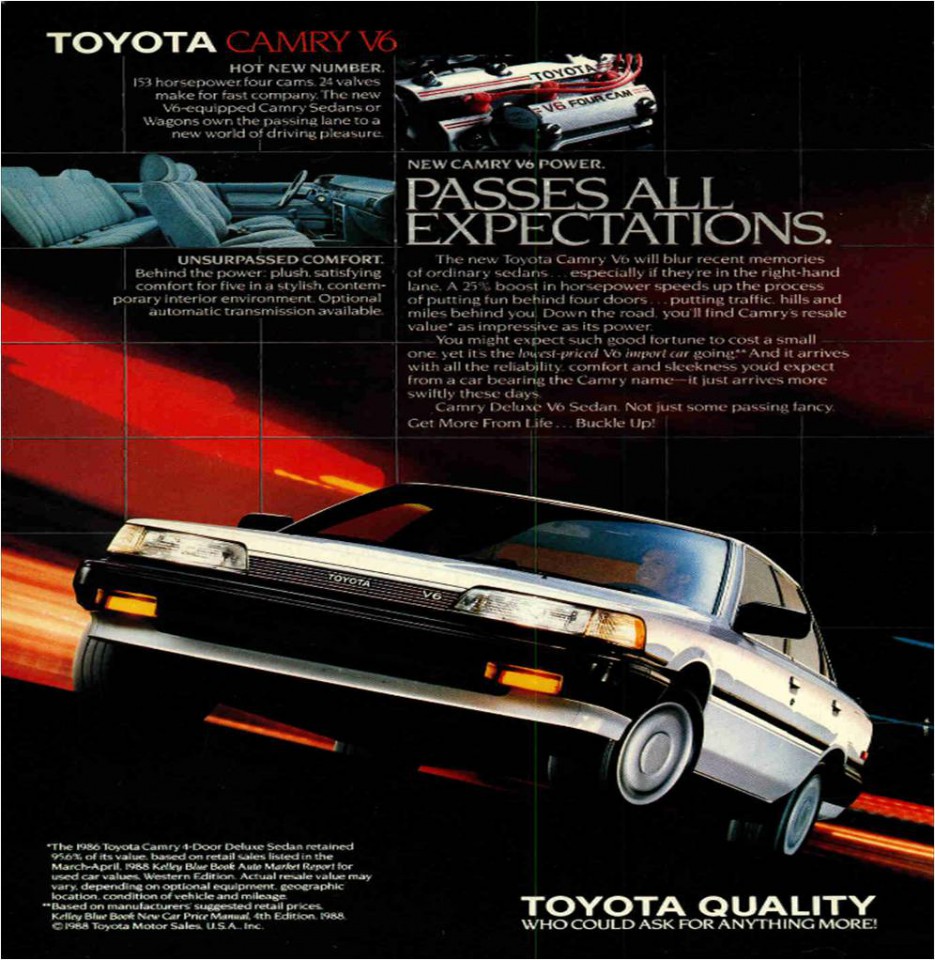 Long before Toyota decided to dip its toes into the full-size pickup market, it tested its broader-market appeal with this assault on the midsize sedan segment. New for 1989, the 2.5-liter V6 generated 153 horsepower, a real bump over the standard 115-horse standard Camry mill. 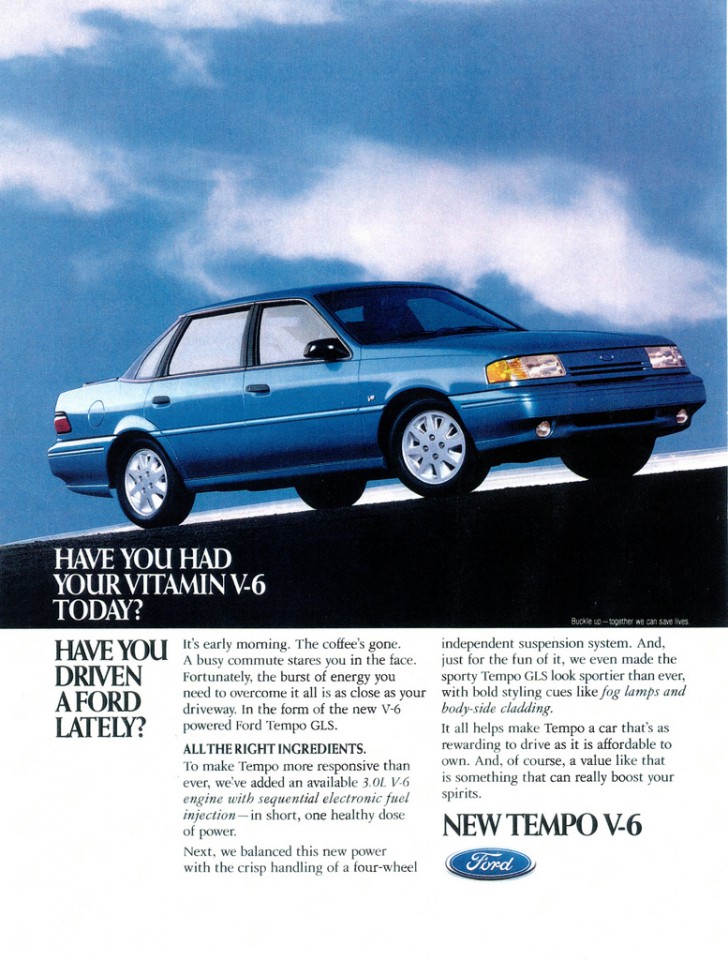 Tempo and Mercury companion Topaz were odd ducks, playing in that vague no-man’s land somewhere between compact and midsize. Perhaps to stake a claim to the latter, both cars received a power injection for 1992, in the form of Fords “Vulcan” 3.0-liter V6. Though rated at a somewhat disappointing 135 horsepower, the V6 still represented a solid 35-horse bonus over the standard 2.3-liter four.