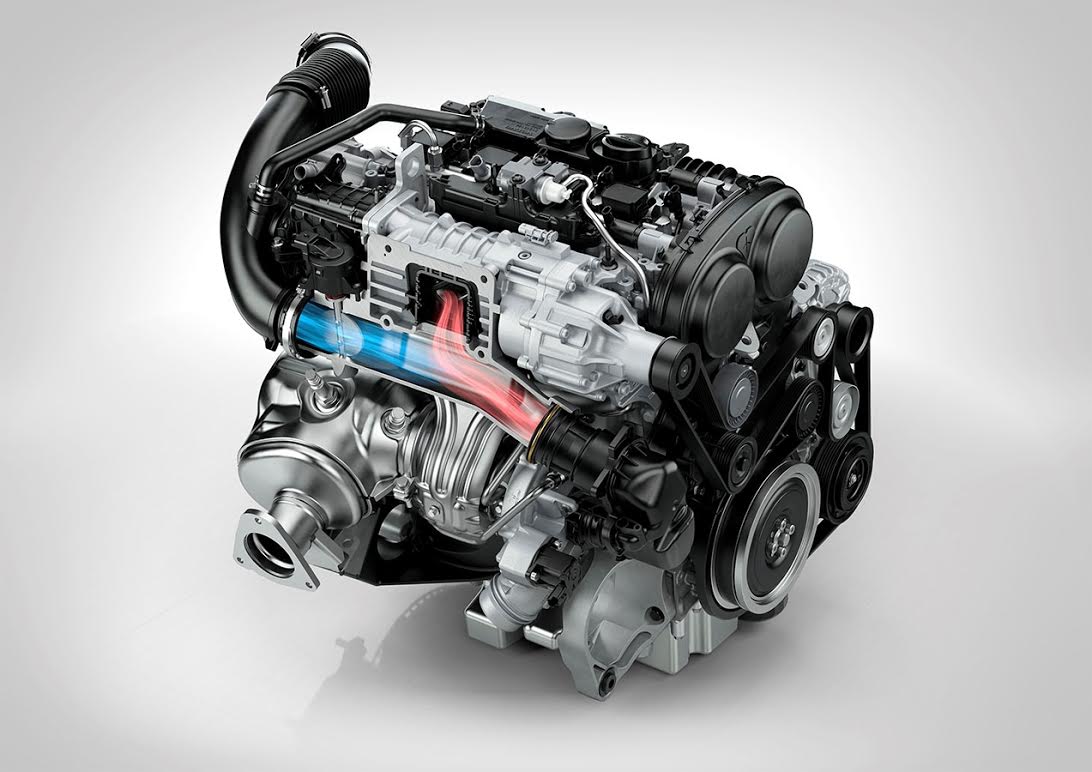 Meet the engine part of Volvo’s new Drive-E powertrain. The 4-cylinder mills are either turbocharged, or turbocharged AND supercharged (shown).

Although Volvo’s vehicles had been known as rather conservative during their first couple of decades in the U.S. market, the company was a fairly early adopter of modern turbocharged engines during the smog-darkened days of the 1970s and ‘80s. These arrived for 1981 as “Q-Ship” versions of the company’s workaday 240 Series sedans, boxy cars better remembered for safety than for sport.

Since then, turbocharging has become a prominent part of Volvo’s engineering repertoire, most recently applied to somewhat unusual inline five- and six-cylinder engines. In fact, today’s Volvos rely heavily on turbo power. But that’s about to change.

Debuting in some 2014 and early 2015 models – the first of which are already on sale – is a new engine family that’s part of what Volvo calls “Drive-E.” (The company doesn’t say what the “E” stands for, but the term refers to the whole powertrain, not just the engines.) Oddly, Drive-E revolves around only one basic powerplant: a 2.0-liter four. That engine will be offered in two gas-powered versions in the U.S., but adds diesel variants in overseas markets.

Volvo and your dog

What differentiates the two engines offered here is that one is turbocharged and makes 240 horsepower, while the other is turbocharged and supercharged for 300 horsepower. (The latter is the only “double boosted” engine offered in the U.S., though Volkswagen has a similarly configured 1.4-liter engine in Europe.)

At this point, things get a little confusing. 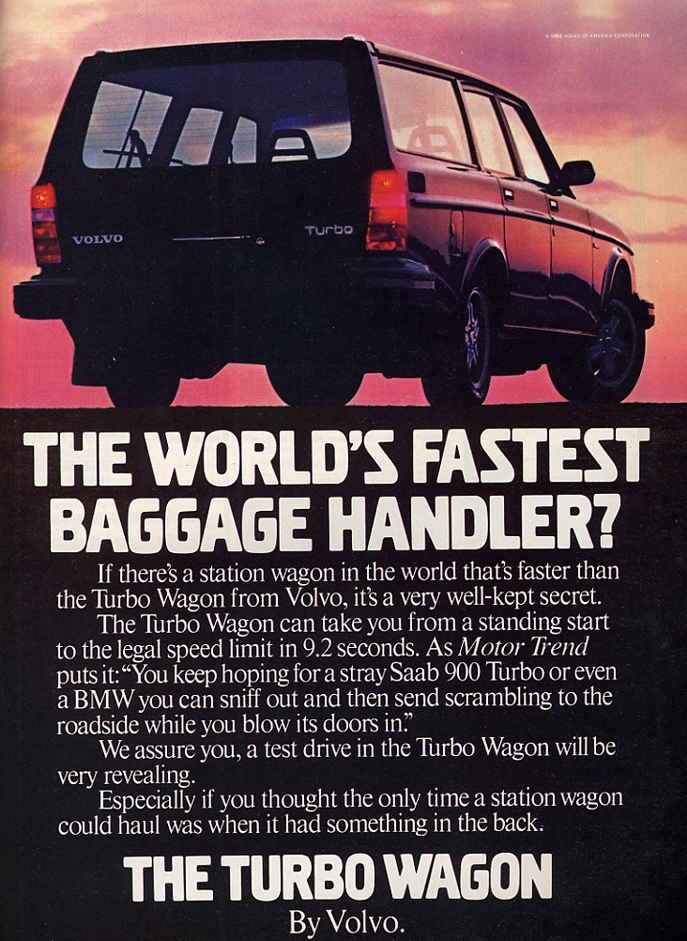 Quite logically, Volvo’s current turbocharged five-cylinder engine carries the T5 designation, while the turbo six gets the T6 designation. While that philosophy would seemingly make the new engines the T4 and TS4, that’s not the case. Instead, the new engines will be called … T5 and T6. This is even more confusing seeing as all four engines could end up having overlapping availability, but it seems Volvo feels there’s a certain amount of equity in the T5 and T6 names. Either that, or the company doesn’t want people to focus on the fact that the new engines have but four cylinders.

In light of this, Volvo is trying to clarify things by explaining that T5 engines produce from 200 to 250 horsepower, while T6 engines produce from 251 to 300+ horsepower. That works, as the current T5 five-cylinder makes 250 hp, while the new T5 four-cylinder makes 240. Likewise, today’s T6 six-cylinder is rated at 300 hp (325 in R-Design models), while the upcoming T6 four-cylinder due this summer has 302.

As mentioned earlier, Drive-E is not just the engine, but rather the entire powertrain. Initially, that means it includes a new 8-speed automatic transmission that replaces a 6-speed auto, but Volvo indicates that eventually, hybrids will be added to the mix. There’s also the indication that at least some of these hybrids will represent the top power options available, so they aren’t just aimed at fuel economy.

But fuel economy was clearly one goal in moving to the new four-cylinder engines. For example, a front-drive S60 (the company’s mainstream midsize sedan) with the “old” 5-cylinder T5 had an EPA rating of 21 city/30 highway, while the same car with the “new” 4-cylinder T5 is rated at 25/37 – roughly a 20% boost. Of further significance is that Volvo claims the new car is also quicker: 6.0 seconds 0-60 mph vs. 6.4.

By the same token, the more powerful T6 (turbocharged and supercharged) 4-cylinder carries an EPA rating of 24/35, just 1-2 mpg lower than the less-powerful T5. And that slight loss in fuel economy is offset by a claimed 5.6-second 0-60 time – a drop of nearly half a second.

While the T5 4-cylinder engine doesn’t contain any earth-shaking technology, the T6 does. Its unique combination (in the U.S., anyway) of a turbocharger and supercharger allows it to produce both more peak horsepower and much stronger low-end torque.

When it comes to turbochargers, size matters … and bigger isn’t always better. While a large turbocharger can flow more air and thus produce more power, its mass makes it slower to build speed when the driver hits the throttle. This results in dreaded “turbo lag” – a long delay between the time your foot hits the floor and the engine starts making power. Therefore, the manufacturer has to balance power output with response time, so generally has to settle for a compromise.

But by adding a supercharger to the T6 engine, Volvo alleviates much of that compromise. It can fit a relatively large turbocharger for more peak power, and use the supercharger to “fill in” during the time boost is building.

While the engineering is a bit complicated – and certainly adds expense – the results speak for themselves. Not only is peak power of the T6 up by 25% over the “turbo only” T5, the power comes on much more quickly, and there’s more of it at low engine speeds.

And this is just the beginning. Volvo says that more horsepower is “doable,” and that hybrid variations are coming that will put even more power to the ground. So while fuel economy may have been the impetus for these new engines, it certainly isn’t coming at the expense of performance.