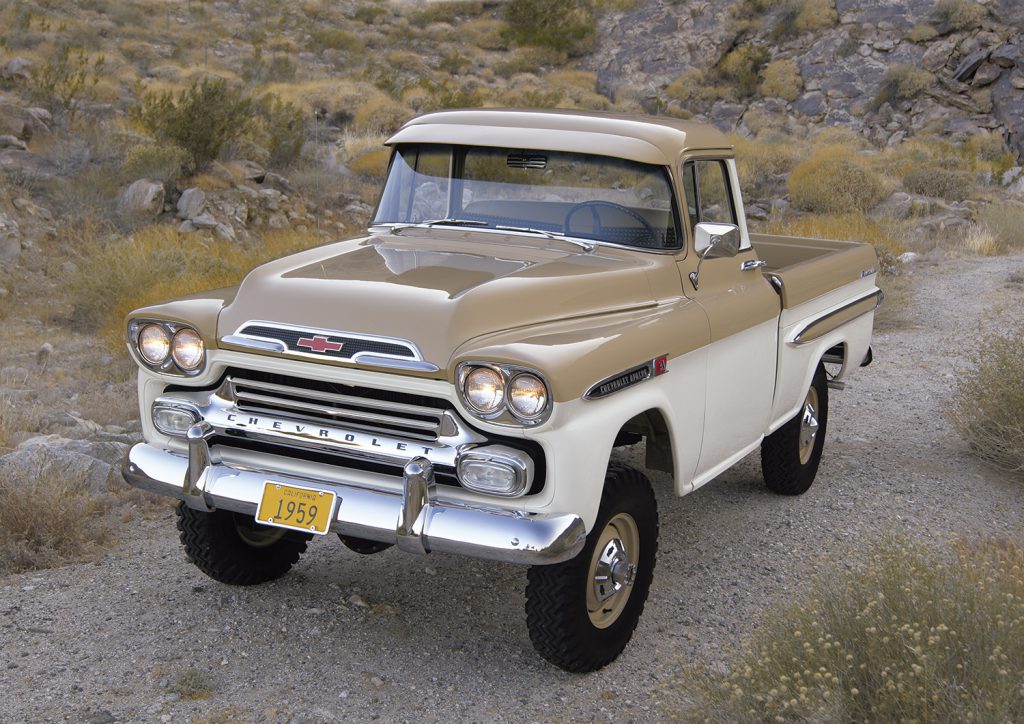 Note: The following story was excerpted from the June 2018 issue of Collectible Automobile magazine

Ford and General Motors were slower to add factory-complete four-wheel- drive models to their truck lines. GMC was the first 1956, Chevrolet followed in mid 1957, and Ford joined the party in 1959.

GMC and Chevy used the NAPCO system. NAPCO—for Northwestern Auto Parts Company of Minneapolis—started selling a 4WD conversion kit soon after the war. GM truck conversions were the most common, but NAPCO also sold kits for Fords and Studebakers. The NAPCO Powr-Pak kit was installed by a dealer or NAPCO distributor, and NAPCO claimed fast installation with “in and out of the shop in a day” service. It claimed the kit required no torch cutting or welding, and could be easily removed at trade-in time and installed on the owner’s next new truck. 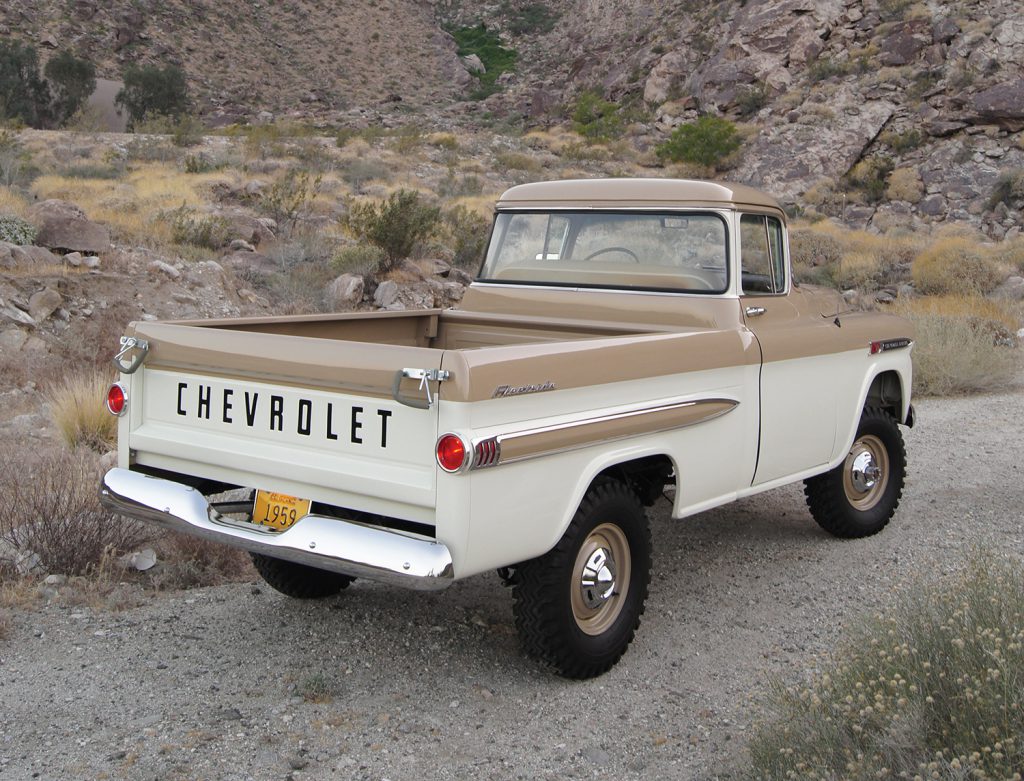 Chevrolet made the process even easier in 1957 when it began installing the kit at the factory. To promote its new option, Chevrolet produced a 10-minute film of 1957 pickups climbing Pikes Peak—not by the familiar Pikes Peak Highway, but off road. The film showed Chevys crushing tree stumps and passing through a boulder field. Fortunately the system included a two-speed transfer case with a low range for off-road crawling.

When photographed, this 1959 4X4 Chevrolet 3100 Apache pickup was owned by Michael Thomas of Rancho Mirage, California—and he wishes he still had it. Thomas bought the truck restored to the gleaming condition seen here. It won the Non-passenger Vehicle Class at the 2011 Desert Classic Concours d’Elegance. Says Thomas, “It felt every bit a ’59 truck. It was a lot of work to drive with a stiff clutch and a transmission that required waiting a few seconds between shifts.” Still, he loved it. 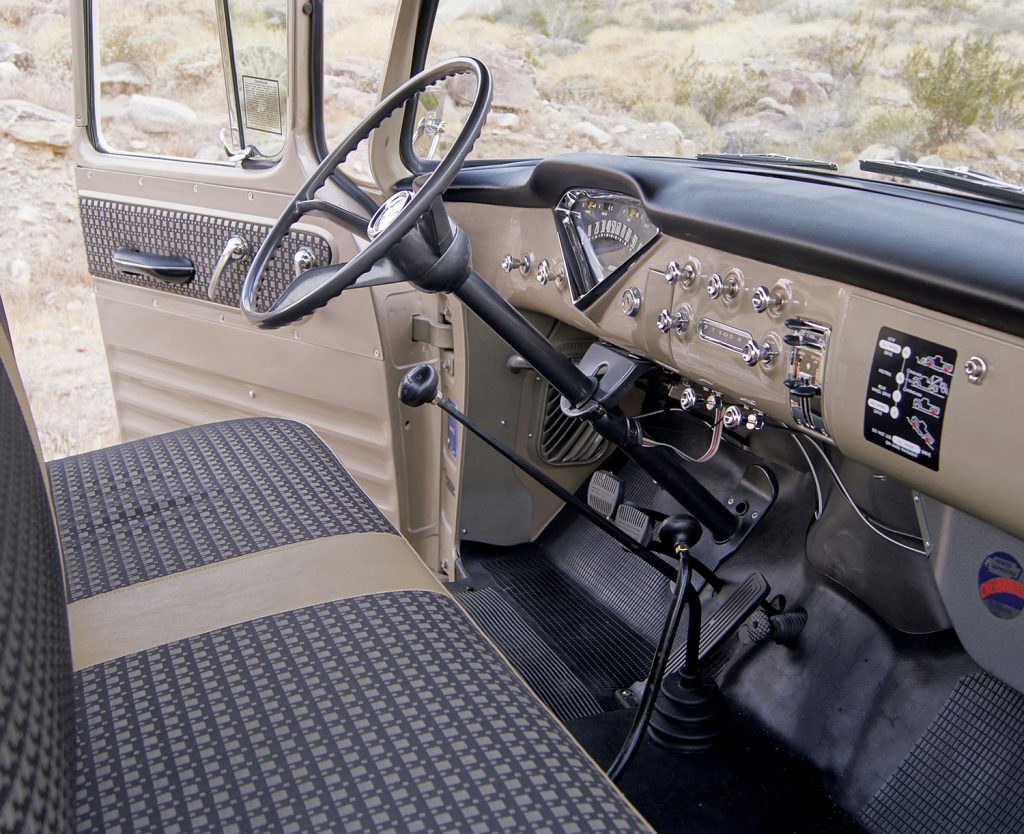 The 4WD option required Chevrolet’s 135-horsepower “Thriftmaster” six-cylinder engine and a four-speed manual transmission. This truck has the full-width Fleetside bed that was introduced in mid 1958. Fleetsides were not only considered more stylish at the time, but they also had 50 percent more load capacity than the narrower fender-side bed. It’s also equipped with the Custom Cab option with nylon-faced seats, extra foam cushioning, driver’s armrest, and more interior brightwork. 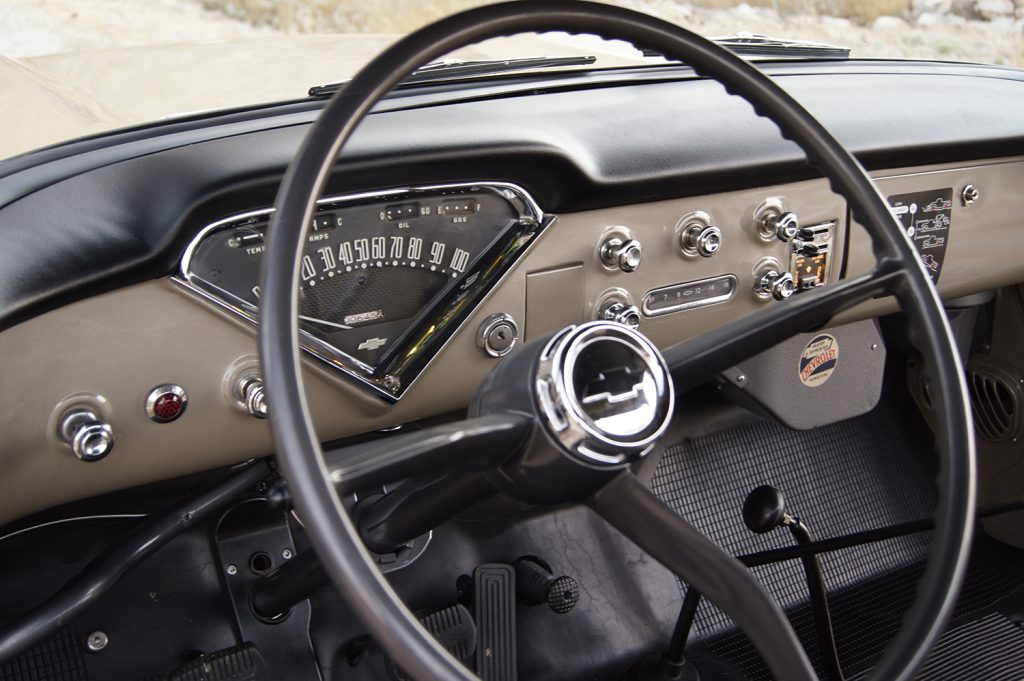 Chevy light-duty trucks were redesigned for 1960 and traded their beam front axle for independent front suspension. The NAPCO gear no longer fit, so Chevrolet engineered its own four-wheel drive. The new system was cheaper, but it would be several decades before 4WD really caught on in Chevrolet trucks. Today, the rare early 4×4 Chevrolet trucks are prized by collectors. 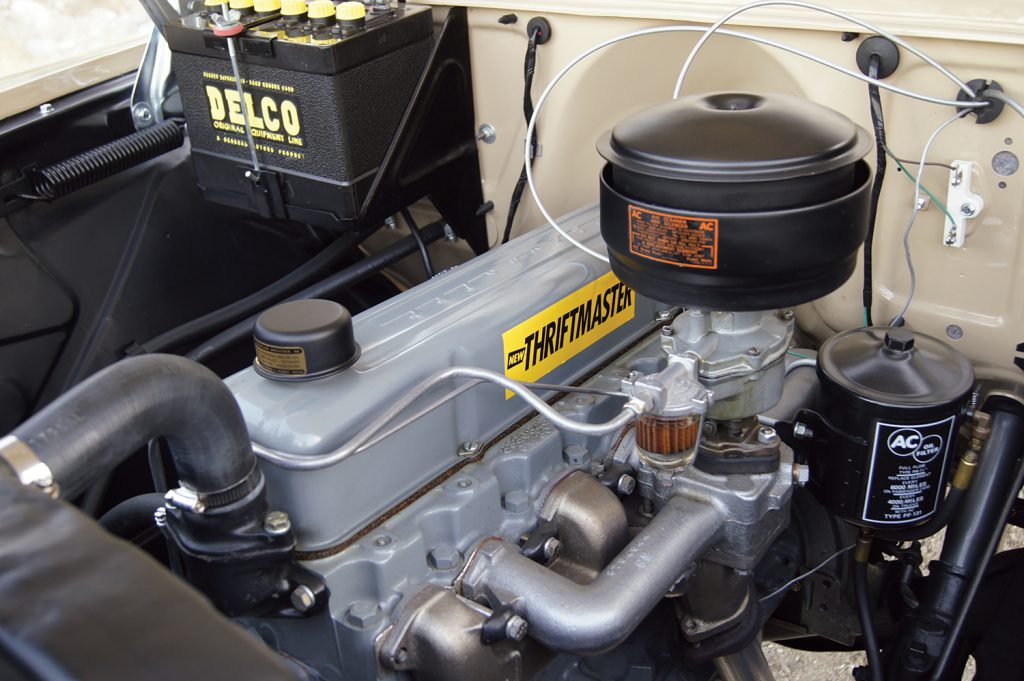 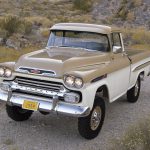 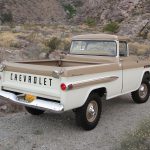 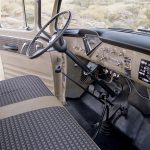 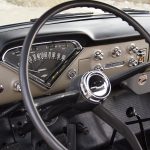 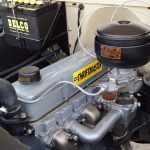 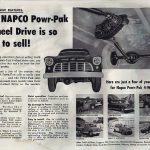