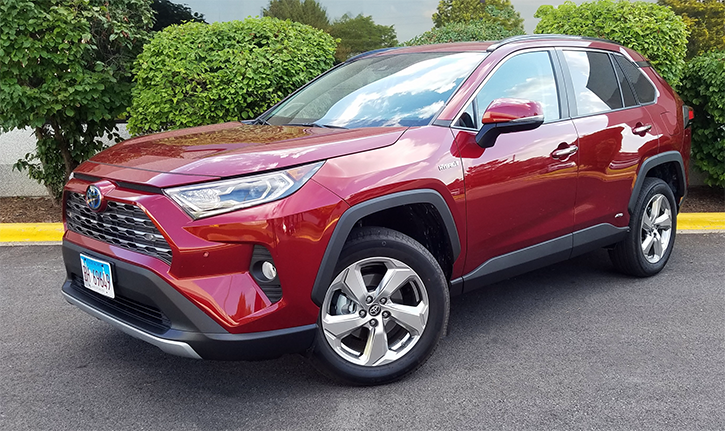 The not so good: Limited front headroom for taller folks

Hybrids were originally conceived as fuel-economy champs, Toyota’s Prius being one of the first — and most famous — to hit the market. And while it indeed returned stellar mileage for the time, a hot rod it was not. 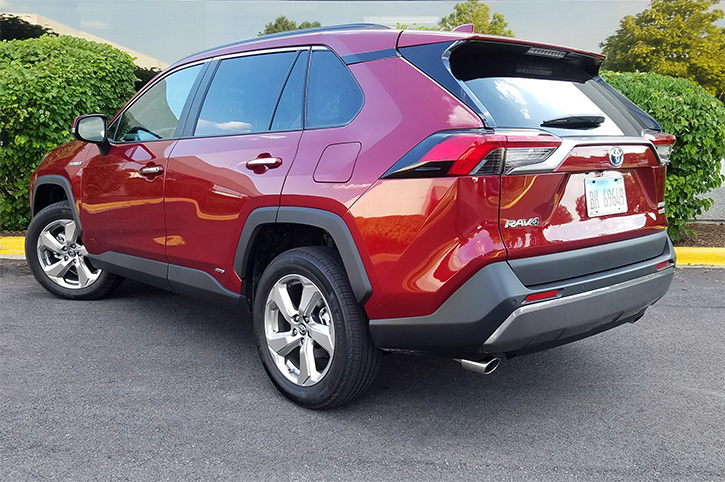 Although our top-line Limited Hybrid started at $36,795 including destination — and loaded topped out at nearly $41,000 — a base LE Hybrid includes all its dynamic goodness for just $29,220.

One of the beauties of combining gas and electric power is that they complement each other so well. Whereas gas engines have to “rev up” to build power, electric motors produce as much as they’re going to as soon as they start to turn, with that power dropping off at higher rotational speeds. So they sort of fill in each others’ gaps. Combined in the right way, they can produce an even flow of strong acceleration.

And that’s the case with the Toyota RAV4 Hybrid. 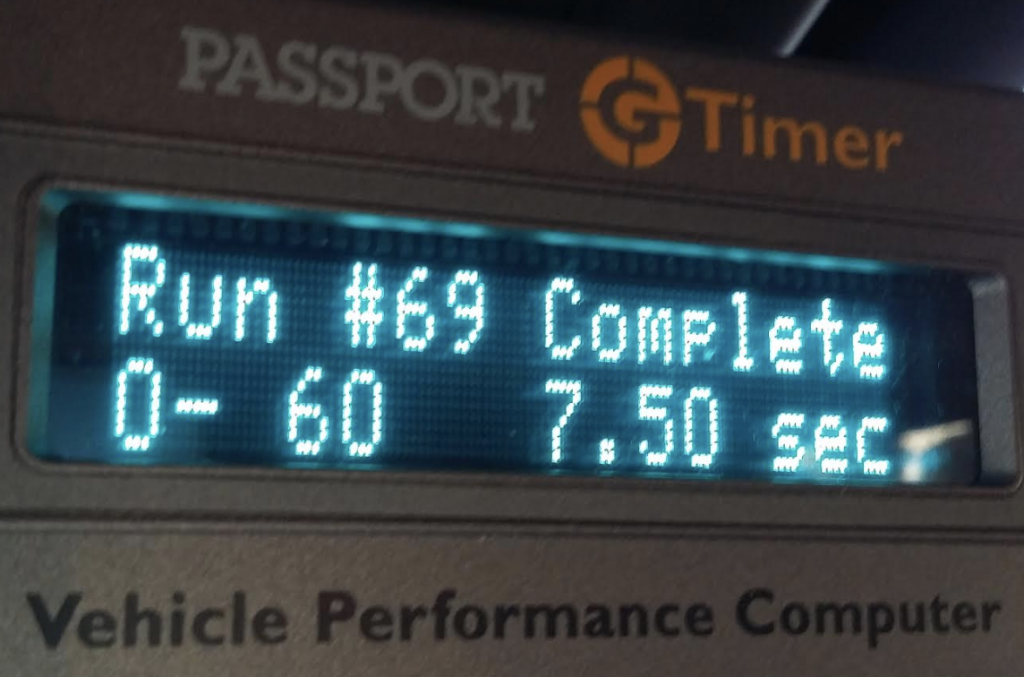 Our timer clocked the RAV4 Hybrid at 7.5 seconds 0-60, a solid performance for the class.

While gas versions of the RAV4 have a lot going for them – as evidenced by our test of a top-line Limited trim level earlier this year  – a Hybrid version driven recently proved even better. Not only was fuel economy up, but it was also quick. It returned 40.3 mpg vs. 25.5 mpg for the gas RAV4 in similar driving – an increase of 60 percent – and averaged the 0-60 dash in a good-for-the-class 7.5 seconds. Furthermore, that came with a strong full-throttle jump off the line and fine kickdown response when hitting the throttle at speed. Combine that with a comfortable ride and decent handling, and the RAV4 Hybrid Limited impressed with fine overall dynamics. And its base price was just $800 more than that of the gas AWD Limited (the Hybrid comes standard with AWD), making it somewhat of a bargain.

A fine control layout combines with nice materials to make for a pleasant driving environment, though taller drivers might be short of headroom. In back, headroom and legroom should be adequate for most adults.

In other ways, our test Hybrid reflected the goodness – and limitations – of its gas counterpart. The former includes forward visibility, control layout, legroom, cabin-storage space, and cargo room; the latter, limited headroom for tall folks, particularly in the front seats. But a few features stood out to me.

Some niceties we appreciated: The audio system included a Replay function that allowed you to replay your favorite song. Set on Auto, the 360-degree camera system would automatically turn on the front and side cameras when you came to a stop. Hybrids include both a Brake Hold function (which holds the brakes on for you at stops) and an EV Mode that uses just electricity to move the car … though not for very far.

Not only is the radio nicely arranged and easy to use, ours included a Replay button that allows you to “rewind” to the beginning of a song playing, and in fact, back to the last time the radio was turned on. So that favorite song can be repeated over and over again … something that’s admittedly not always a benefit in the eyes of passengers.

Another was an Auto function on the 360-degree camera that – when selected – would automatically turn on the front and 360-degree cameras as you came to a stop, even showing the curb – which is particularly useful if that “stop” is at the end of an alley or a prelude to parking at the side of a street. While neither of these features are exclusive to the RAV4, they’re not commonly found in competitors — at least, not yet.

Cargo space is a RAV4 strength. There’s a good amount of room behind a raised second-row seatback, which can be folded to create a cubic, flat-floor cargo area.

On RAV4 Hybrids, the AWD system is different than on gas models. In the Hybrid, the rear wheels are driven by an electric motor, so – unlike in the gas model’s AWD system – there’s no driveshaft running from the front axle to the rear through the center of the vehicle. Since the rear motor is powered by a relatively limited-capacity battery, the rear wheels are only driven under acceleration or when slip at the front wheels is detected.

The hybrid system mixes gas and electric power to great effect here, and though the hybrid aspect isn’t highly promoted, it really should be — it’s that good.

Although RAV4 Hybrids start at $29,220 for the base LE model — $850 more than for the gas AWD version and $2250 more than for the gas front-drive version – we feel that’s money well spent … even if you don’t need AWD. Because the Hybrid version of the RAV4 really stands out in the compact-crossover class for not only its stellar fuel economy and overall goodness, but also for its instant-access power.

While we really like the RAV4, we like the RAV4 Hybrid even more. It combines better acceleration with far better fuel economy, making it almost a no-brainer upgrade to an already good vehicle.