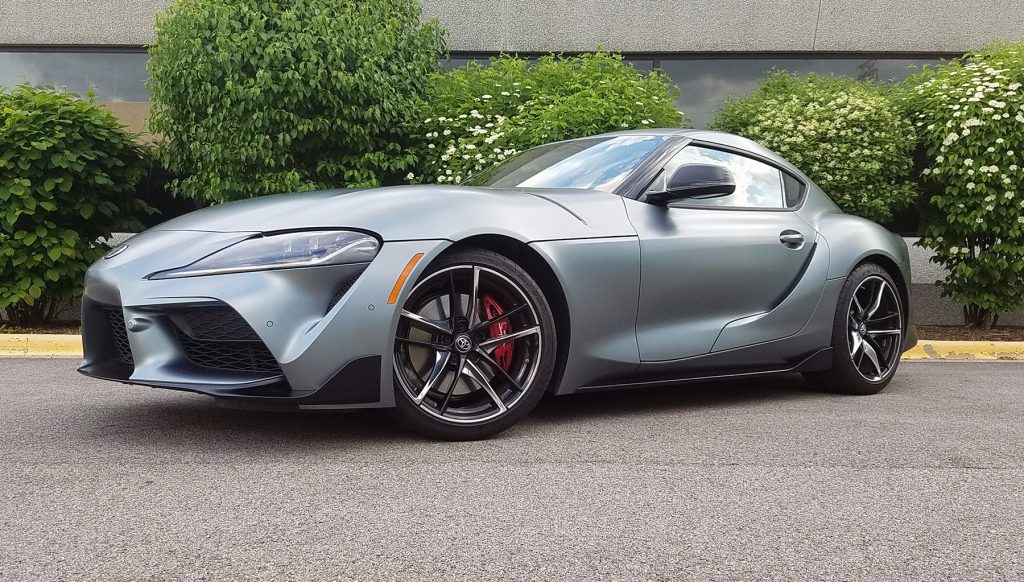 After the Toyota Supra made its long-awaited reappearance for the 2020 model year, Toyota moved it both downmarket and slightly upmarket for 2021. The downmarket move came via the addition of a new entry-level model: the 4-cylinder-powered Supra 2.0, which starts at about $8000 less than a base 3.0 model. The upmarket push comes courtesy of a significant horsepower bump for the 6-cylinder-powered Supras—the 3.0-liter inline six now makes 382 hp instead of 335 hp. The 3.0 models also receive underhood strut-tower braces and revised steering, suspension, and differential tuning. 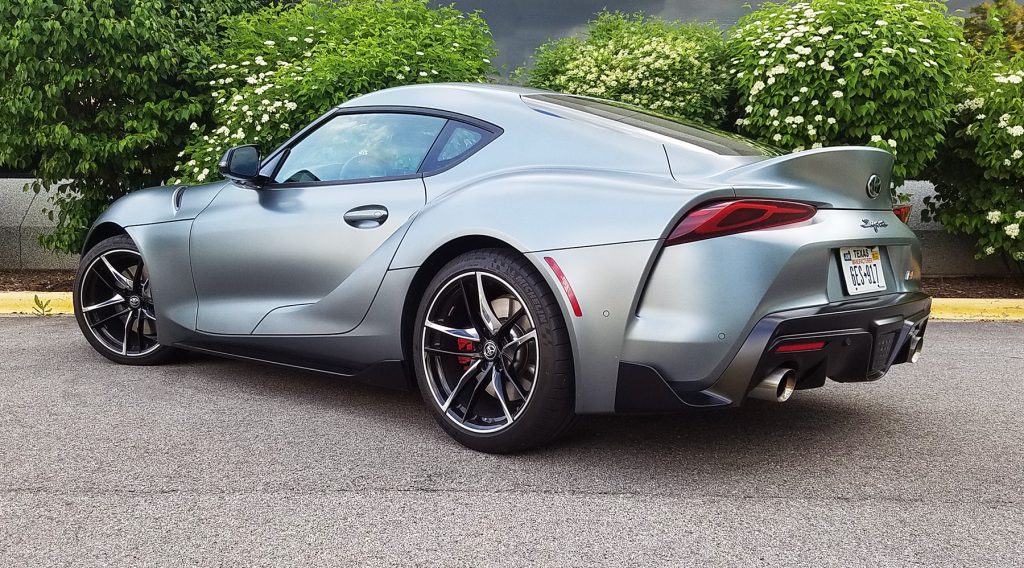 Save for the limited-production A91 Edition model, the 3.0 Premium is the top Supra trim level. The voluptuous, muscular bodywork looks especially striking in extra-cost Phantom matte-gray paint.

Those updates obviously sweeten the pot for sports-car enthusiasts, and they come at a nominal price premium—the base MSRP of the 3.0 Premium creeps up by just $600 for 2021. We should note, however, that hotter engine isn’t really new… it’s the same powerplant that the BMW Z4 M40i version of the BMW Z4—the two-seat convertible with which the Supra shares its basic platform and powertrains—has had since it debuted for 2020.

Despite the Toyota badge on the steering wheel, the BMW origin of the Supra’s dashboard is clear. The center console wears carbon-fiber trim and houses an electronic parking brake and rotary-knob infotainment control interface.

Toyota lists a 0-60-mph time of 3.9 seconds flat for the 2021-model-year 3.0s—a couple tenths quicker than the 2020 models. Though we were relying on our memory of the 2020 Supras we drove both on the track and on the street, and not a back-to-back comparo, the 2021 felt appreciably faster and more responsive.

The Supra’s hatchback design provides a larger cargo-area aperture and a more space than a traditional trunk/trunk lid. There’s 10.2 cubic feet of cargo volume, though the space is narrow and rather shallow too.

One thing that isn’t on the roster of updates for 2021 is a manual gearbox—as in 2020, the only transmission offered in the Supra (and the Z4) is an 8-speed automatic. Rumors circulated last year that Toyota was looking at the possibility of offering the Supra with a manual, but so far, nothing official has been announced. 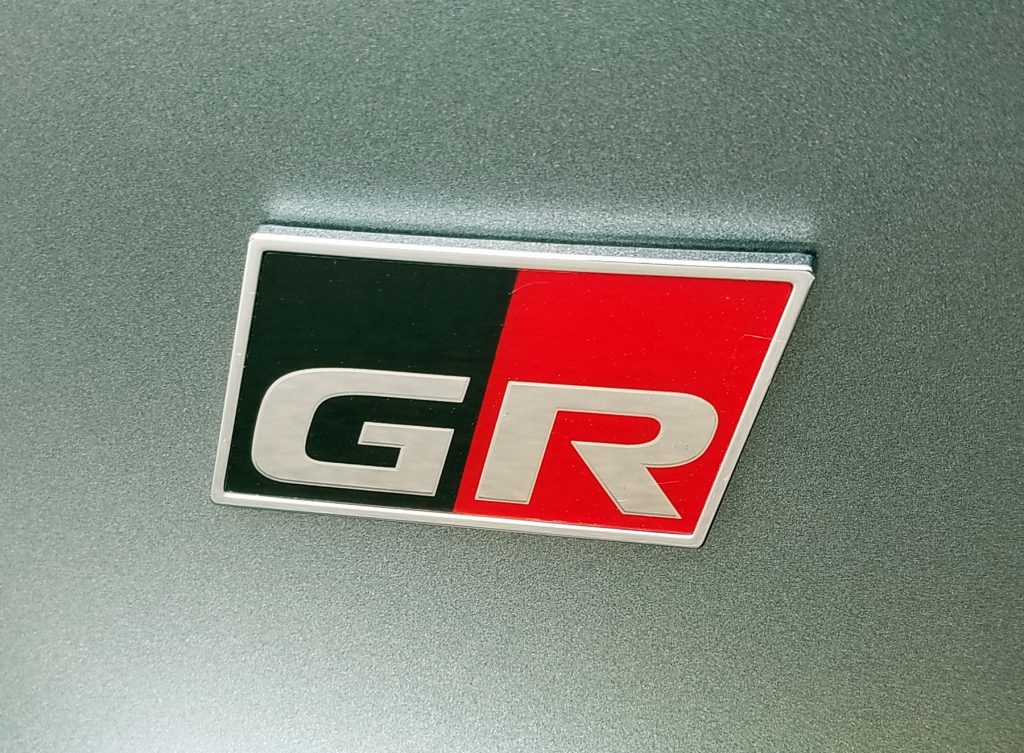 As expected, the Supra’s low stance and seating position can make entry and exit a challenge. However, as two-seat sports cars go, the cabin is a bit more hospitable to big-and-tall folks than many of the Supra’s rivals once you’re inside. The “double-bubble” roofline frees up a precious bit of extra headroom, and the legroom is fairly generous for the segment as well. Likewise, the Supra’s ride is far from supple, but it’s comfortable and absorbent enough for daily use—at least for our backsides.

For some sports-car purists, the lack of a third pedal and the commonality with the Z4 are big marks against the Supra. The reality is that manual-transmission vehicles—even sporting, enthusiast-oriented ones—sell in very small numbers, as do purpose-built two-door sports cars. Partnerships between automakers help spread out development costs and make low-volume vehicles profitable. It’s a sign of how far Japanese enthusiast vehicles have come when a key criticism of a Toyota-branded sports car is that it doesn’t feel Japanese enough.

The reanimated Toyota Supra is no one-word supercar, but is it a super car? Yeah, you can believe that.

The 3.0 Premium I drove was undeniably ready off the line in street traffic, and when prodded on the expressway the BMW-powered coupe dug in its heels and charged strongly. Do that in “Sport” mode and you’ll be rewarded with a sonorous exhaust chorus sure to cheer your hot rod soul.

The Supra’s turbocharged 3.0-liter 6-cylinder gets a bump from 335 to 382 horsepower. Nineteen-inch forged aluminum wheels are standard on 3.0 models; 4-cylinder Supras get cast aluminum 18s.

I didn’t mind at all knowing when the 8-speed automatic transmission was shifting, and most of the time it’s more audible than physical anyway. The powerteam gave me nearly 23 mpg after a run of 107.8 miles that was almost perfectly split between city-type and highway operation.

Ride is sports car firm—some will say hard—but drivers enjoy nicely progressive steering and well-controlled cornering response. Tire noise rises on the highway, and infotainment is provided through BMW’s somewhat complex console-controlled iDrive system. A low roof and short side windows put the squeeze on driver vision, but the view through the back window is better than you’ll find in many other slope-roof GTs.

Consumer Guide’s test car had great stealth-plane looks painted in extra-cost Phantom Matte Gray paint, a color exclusive to the 3.0 Premium in 2021, but between washings it really shows dirt. Otherwise, the Supra is set up right for making clean getaways. 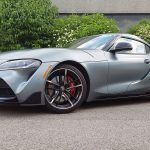 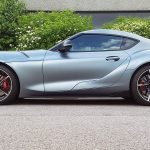 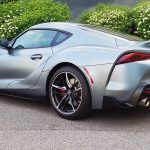 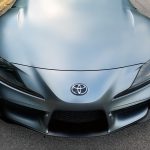 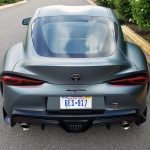 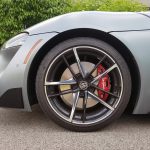 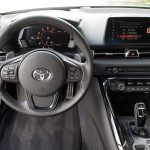 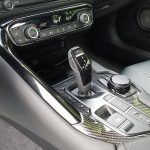 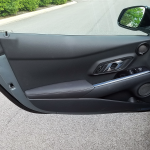 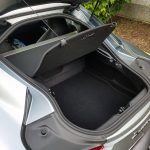 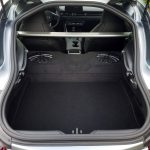 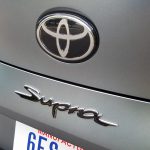 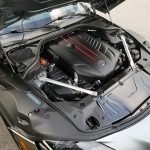 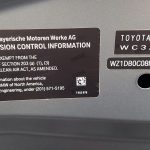 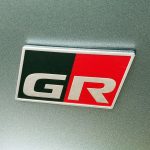