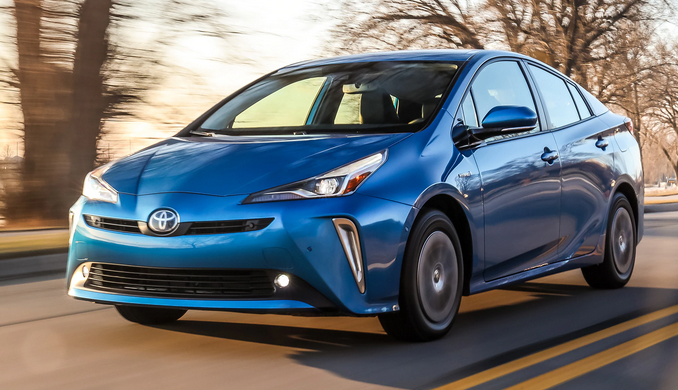 The not so good: Limited highway-speed merging and passing power

Those seeking a hybrid’s fuel economy but need the slippery-surface traction of all-wheel drive now have a choice that provides both.

The current Prius, whether “regular” hybrid or a plug-in version called Prius Prime, is a hatchback with a fairly sizable cargo area. But while the Prius has traditionally only been offered with front-wheel drive, Toyota introduced an AWD version called AWD-e last year, which adds an electric motor for the rear wheels and is the subject of this test. In this form, it combines near the cargo-carrying capacity of a small crossover with all-wheel-drive capability, thus making it somewhat of a car/crossover crossover — that just happens to get 50 mpg.

It’s that last point that really sets the Prius AWD-e apart. Yes, there are other AWD hybrids — including Toyota’s own RAV4 Hybrid — but they don’t get 50 mpg. Even in mostly highway driving (which isn’t as economical as city driving in a hybrid) and in 100+ degree Phoenix-area heat (where the air conditioning kept up nicely), our test vehicle managed to return 51.1 mpg, better than its 52 city/48 highway EPA figures would suggest. 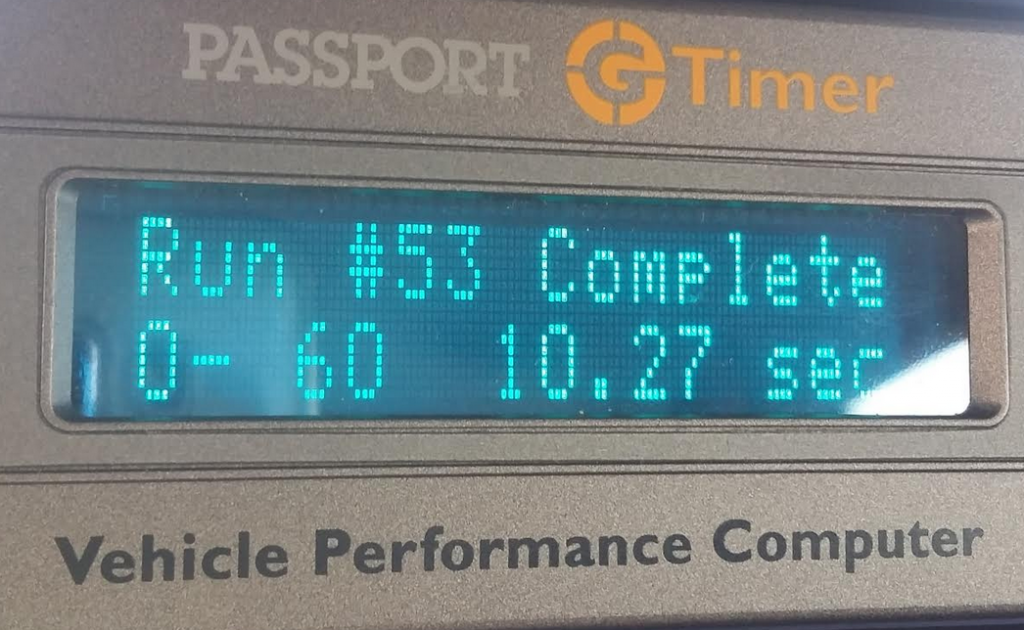 At lower speeds, the Prius AWD-e feels far more responsive than its modest 10.27-second 0-60 time would imply, as most of that time was eaten up accelerating from 45 to 60 mph.

On the flip side of that, our tester averaged a somewhat leisurely 10.27 seconds in the 0-60 dash. However, a pretty good full-throttle jump off the line and quick kickdowns when the throttle was stabbed at speed made it feel quite responsive in around-town driving; it was mostly above 45 mph that progress slowed in the 0-60 run. The lower-speed punch is likely due in part to the rear motor kicking in to help under brisk acceleration, though it will also engage if traction is a problem and the front wheels start to spin.

Other than that, the AWD-e drives like any other Prius. Ride is quite absorbent with handling just shy of “sporty,” and the car feels nimble enough in tight maneuvers.

It takes a while to get used to not having the speedometer in front of you (instead it’s in the center dash-top display), and the flipper-style shifter (blue knob at center bottom) will take some familiarization, but most other controls are quite “friendly” and easy to reach.

It also accommodates like any other Prius. There’s very good headroom in front along with lots of legroom. In back, six-footers should find enough headroom, and my 5’9 frame had sufficient legroom even with the seat ahead pushed all the way back. A low center floor hump leaves good foot space for a center-seater. Visibility is good except to the rear corners, where a standard rearview camera helps when backing. Controls are easy to reach and use, and our tester included a CD player — an increasing rarity. Cabin storage is quite good, consisting of a small glovebox, deep 2-tier console box, two cupholders next to Aux/USB/12-volt plugs, a forward console tray with Qi charger in its base, and map pockets with cupholders in the doors. A complaint in our Phoenix-area test was that the all-black SofTex (vinyl) seats got really hot.

Although the Prius’s sloping rear roofline limits cargo height in back, the rear seats fold level with the cargo floor — making it easy to slide long items forward — and there’s added space under the floor, including a wide slot to hold the cargo cover.

Also typical of a Prius is the cargo space in back. While the sloped rear roof line forces large boxes to be slid forward, the rear seat backs fold level with the cargo floor, making that easy to do. A nice touch is that the cargo cover can be stored in a slot beneath the cargo floor — where there’s also a fair amount of added storage — which keeps it from taking up cargo space … and rattling around.

While I was very impressed with the Prius AWD-e, my enthusiasm waned a bit after driving its RAV4 Hybrid sibling under similar, mostly highway conditions. All RAV4 Hybrids come standard with AWD, and the base LE only costs about $1500 more than the base Prius LE AWD-e, which starts at $27,310 including destination — which is $1400 more than the front-drive LE. For that extra money, you get more space and more power (spoiler alert: the RAV4 Hybrid clocked 0-60 in 7.5 seconds), with a loss of about 10 mpg in fuel efficiency.

So that’s really the deciding factor. If you don’t need the RAV’s added space or added power, the Prius AWD-e’s added traction makes it the hybrid car of choice in the snow states. And you can still brag about topping the magic 50-mpg barrier amongst your avid green-car pals.

Although it certainly doesn’t look like a crossover, the Toyota Prius AWD-e offers many of the same benefits — including lots of cargo space and all-wheel-drive traction — while returning 50 mpg, making it a viable, eco-friendly alternative.