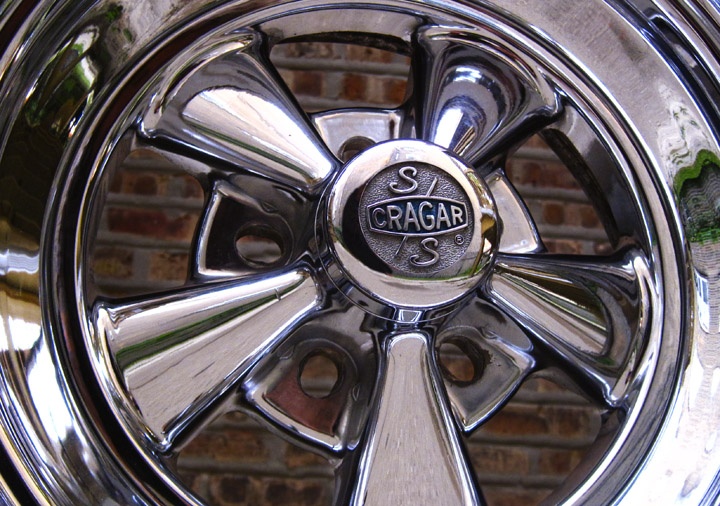 When the Cragar S/S (Super Sport) wheel hit the market around 1964, the automotive world was in a transitional period. The factory-built muscle cars made style and horsepower readily available to the general public, and the elaborate customs and home-built hot rods of the 1950s were slowly becoming a thing of the past. This new breed of showroom-bought supercars created significant demand for bolt-on accessories, and the aftermarket responded.

In the early 1960s, there wasn’t much of an aftermarket wheel industry yet. Besides some lightweight and costly competition-bred alloy selections, it was slim pickings when it came to unique rolling stock that wasn’t original equipment. Previously, customizers had to rely on swapping hubcaps from other models or, if the budget allowed, chroming factory steel wheels or sourcing optional wire wheels from some of the fancy luxury models of the day. That all changed by the mid-1960s. The custom wheel industry was growing, and the Cragar S/S was a major player.

Although the S/S is often referred to as a mag (short for magnesium) wheel, it was actually comprised of an aluminum center mated to a steel rim and was chrome plated overall. It was a good looker, and unlike many of its competitors, it proved to be very strong. It was a hit on both the street and the drag strip. By the late ’60s, many other custom wheels, including other offerings from the Cragar brand, came and went after limited production runs. But the Super Sport’s appealing design and proven strength stood the test of time.

By the time the 1970s rolled around, most other wheel manufacturers—such as Keystone, Rocket, Western, ET, and Superior—all had a wheel in their catalog that resembled the Cragar S/S. And like the way Kleenex has become the common way to refer to facial tissue, Cragar has become the universal way to call out any chrome five-spoke wheel, regardless of its actual brand.

Being a huge fan of modified vehicles of the ’60s and ’70s, I find it interesting how the S/S wheel has played a major role in many genres of the times. Initially, it saw steady use on the otherwise stock GTOs, Mustangs, and similar hot cars that cruised Main Street of Anytown, USA. It was also a primary choice for use on vehicles in the Stock and Gas drag racing classes. But moving forward into the late ’60s and early ’70s, new and different branches of the hot rod and custom tree sprouted, and “Cragars” were an integral part of that growth. T-buckets, street machines, low riders, custom vans, and trikes were often shod with the S/S wheel. They maintained popularity throughout the ’80s and ’90s and have become a timeless icon. Even though large-diameter wheels are all the rage today, 14- and 15-inch Cragar S/S wheels are still available and are regularly purchased by those seeking an “old school” look. 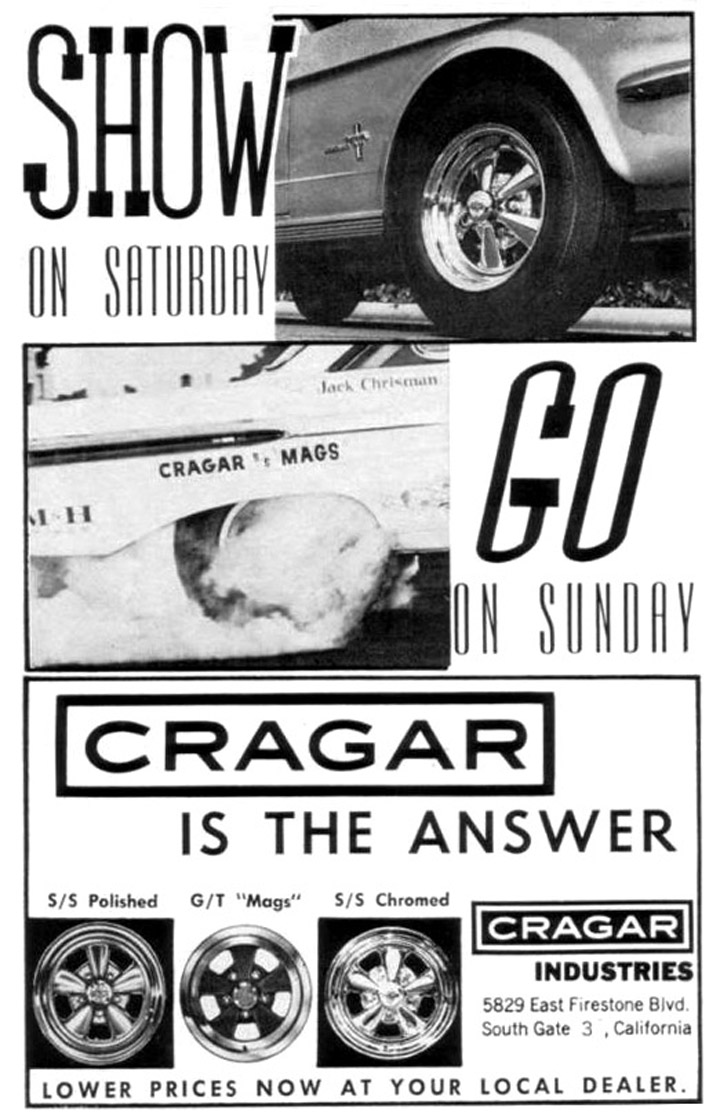 A Cragar S/S advertisement from 1966 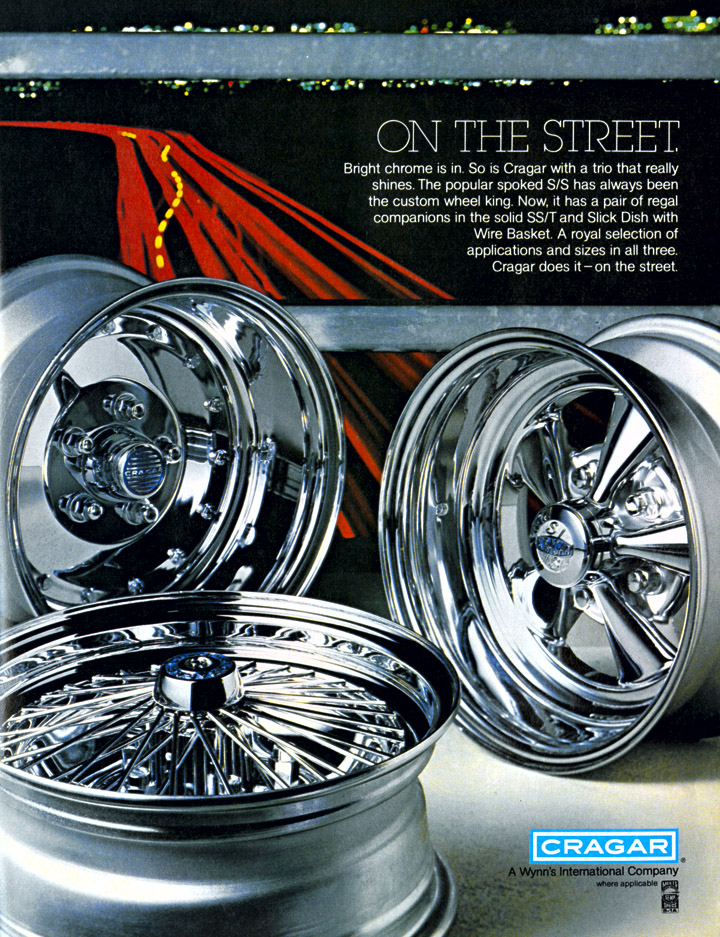 A Cragar S/S advertisement from 1978

My Car Is in the Photoshop: Ford Transit Connect “ST” 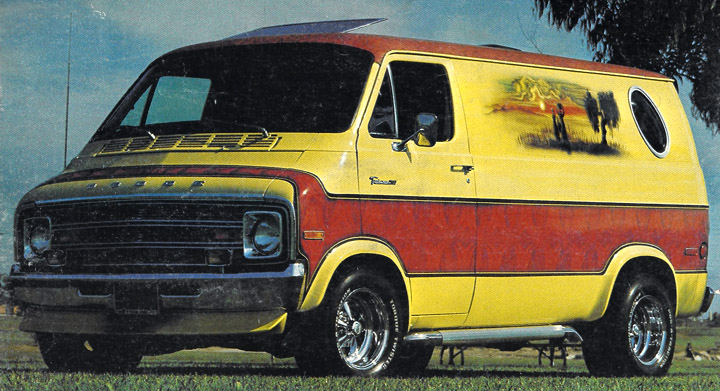