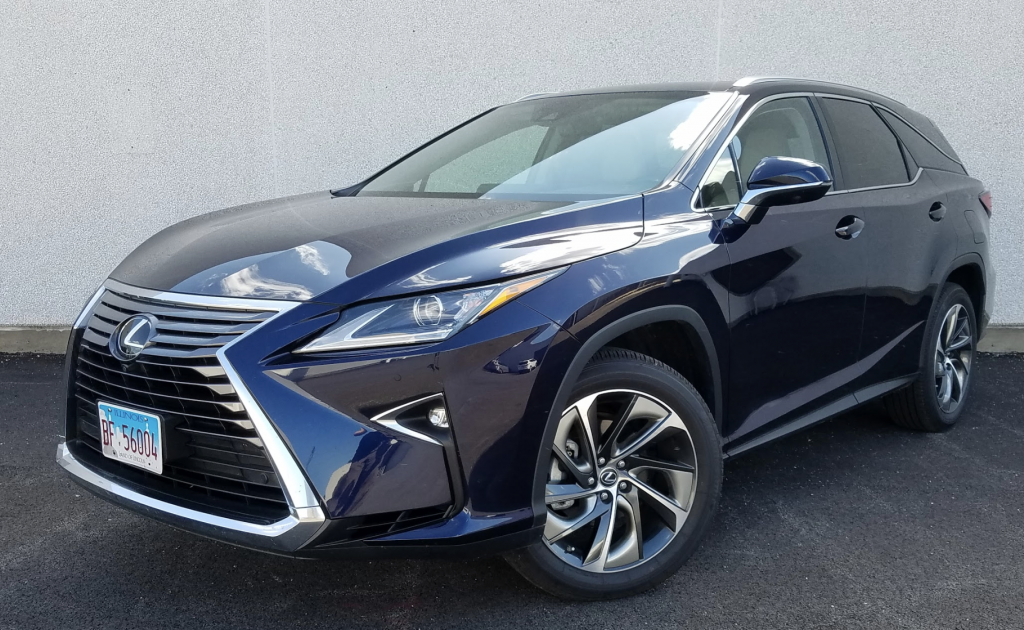 The not so good: Control layout, third row is cramped and difficult to access

Often credited as being the first premium-midsize crossover after its debut for 1999, the Lexus RX has gone on to great success, earning many awards and often ranking as the best-selling vehicle in its class. 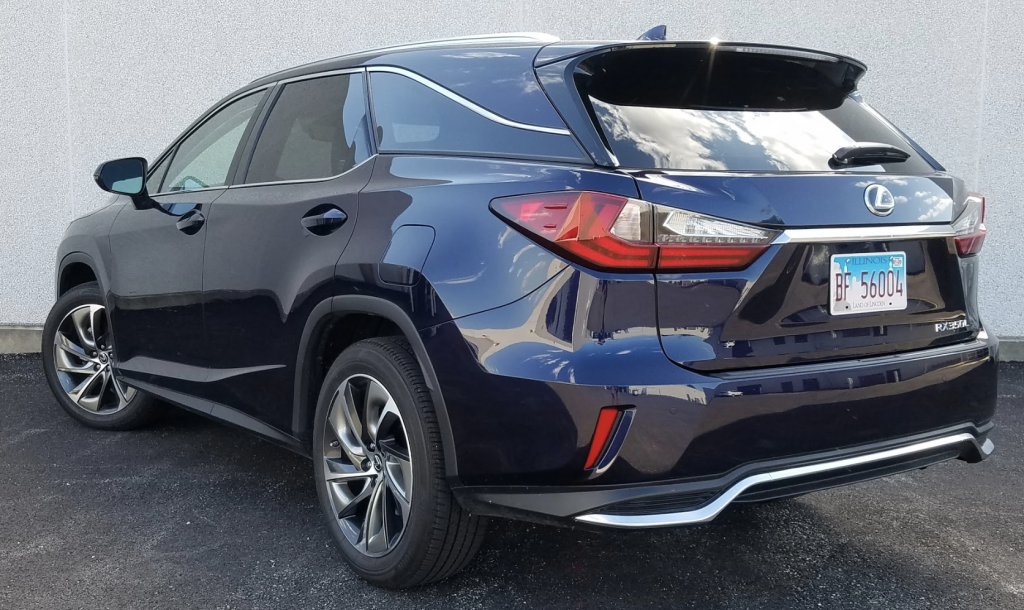 Adding just 4.3 inches in length and a squared-off rear window to the RX allowed Lexus to also add a third-row seat for up to 7-passenger capacity, though the second-row captain’s chairs of our tester brought that down to six.

In an effort to provide more of a good thing after the RX’s 2016 redesign, Lexus made a stretched, 3-row version available for 2018 that expanded seating capacity from five passengers to seven. Offered in both gas and hybrid form, the 3-row versions get an “L” added to their model names and 4.3 inches added to their length. Both short and long versions carry the same powertrains: 350s have a 290-horsepower 3.5-liter V6 mated to an 8-speed automatic transmission with either front- or all-wheel drive, while 450h hybrids have a similar engine combined with two electric motors to produce 308 horsepower and come only with AWD. The “stretch” costs about 1 mpg in EPA fuel-economy estimates and about $4200 – $4700 (depending on model) in price.

A ritzy (if busy) dashboard layout is hampered by a “mouse” on the console that controls most infotainment functions. The power driver seat not only includes a tilt cushion and lumbar adjustment, but also a cushion knee-pad extension. A power tilt-telescopic steering column allows that setting to be put into memory along with driver seat and steering-wheel settings, a boon if more than one person drives the vehicle.

We tested an RX 350L last year, so we invite you to read that report for more details. Here we’ll provide a quick overview, what’s new for 2019, and some additional observations.

There’s plenty of headroom and legroom in the second row, and our tester’s captains chairs provided a walkway between them to get to the third row — if the handy fold-down cupholders weren’t deployed.

As with the RX 350, the RX 350L offers an extensive list of high-end safety and convenience features. Among those fitted as standard to our tester are full-speed adaptive cruise control, automatic tri-zone climate control with rear-seat control panel, rear-window sunshades, heated and ventilated front seats and heated rear seats, and power folding third-row seats. Added in the Luxury Package (included in the $54,185 base price) are semi-aniline leather upholstery, power-folding heated mirrors, wood and leather heated steering wheel, 20-inch chrome wheels, rear-door sunshades, driver seat and steering wheel memory, and wood and aluminum trim. Changes for 2019 are minor: Models with the Noble Brown interior get a two-tone instrument panel, Intuitive Park Assist is now in an option package rather than being a stand-alone option, and the standard Lexus Enform Remote connectivity system has smartwatch and Amazon Alexa integration.

Part of an $1895 package was the panoramic-view monitor, which provides a rotating bird’s-eye view of the vehicle.

Options on our test vehicle included blind-spot alert with Intuitive Park Assist and panoramic-view monitor ($1865), second-row captain’s chairs (which cut seating capacity to six and cost $405), color head-up display ($600), hands-free power liftgate ($200), and a premium Mark Levinson audio system with navigation and 12.3-inch touchscreen ($3225). With destination, the bottom line came to $61,505 from a starting point of $55,210. Noteworthy is that the Intuitive Park Assist includes automatic braking (with some, you have to remember to hit the brakes yourself), and the color head-up display was particularly large and effective.

We’ve noted the RX’s strong powertrain performance before, and the test RX 350L backed that up by averaging just a hair over 7 seconds in the 0-60 dash and returning 22.3 mpg in mostly highway driving. It also carried on the RX’s tradition of a fine ride, decent visibility — thanks in part to a 180-degree rearview camera and optional 360-degree Panoramic View Monitor — adequate interior storage, and great first- and second-row seating space. (Noteworthy in this last regard was the optional memory for driver seat and steering wheel, the latter a real convenience not usually found on non-premium rivals.) However, it also continued with the tedious-to-use audio, navigation, and climate controls included with the optional Mark Levinson/navigation package, which utilizes a console-mounted “mouse” to control functions on the 12.3-inch touchscreen — really the vehicle’s only demerit.

The entryway to the third row isn’t very big, nor is the space once you get back there, but it’s OK for kids. A nice feature is that occupants back there get their own climate controls and air vents.

But the star of the show – or at least, the “L’s” reason for being – is the third-row seat. As might be expected of a vehicle that was made into a 3-row vehicle rather than starting out as one, the seating space back there is limited. So is the access portal. Anyone over about 5’7 will run out of headroom, and anyone but small kids will find it difficult to get back there and ride in a knees-up posture once they do. Helping things is that the second-row seat can be slid fore and aft several inches to adjust legroom between the two rows.

Less obvious is the fact that the added length combined with a more upright back window adds nearly 14 cubic feet of cargo space for a total of 70.1 cubic feet. Folding the third row is easy to do thanks to our tester’s standard power-folding third-row seat backs. Folding the second-row seat backs is a less-convenient 2-step process, but at least it results in a long, flat load floor.

There’s a good amount of maximum cargo capacity in the RX 350L — 70.1 cubic feet vs. 56.3 on the 2-row version — and the second- and third-row seats fold level with the cargo floor. There’s even a decent amount with all seats up. Beneath the cargo floor is a “hidden” storage bin that’s big enough to hold the cargo cover, a nice touch.

Beneath the floor is added storage space that can hold the cargo cover, a plus. An added convenience on our tester was the $200 hands-free liftgate, which – because of the low cost – seems as though it should be standard.

Certainly there are other three-row midsize crossovers that offer more third-row room and greater cargo space. But the Lexus RX has a lot going for it otherwise, and few rivals can match its overall polish and long-standing pedigree.

Although in effect “tacked on,” the RX 350L’s added length doesn’t look to be, and results in a nicely sleek silhouette. Those needing a full-fledged three-row vehicle might want to look elsewhere, but if the last row is just for kids, this is a fine option among premium midsize crossovers.