Free MPG? Yo, It’s a Turbocharger, Not a Magic Wand 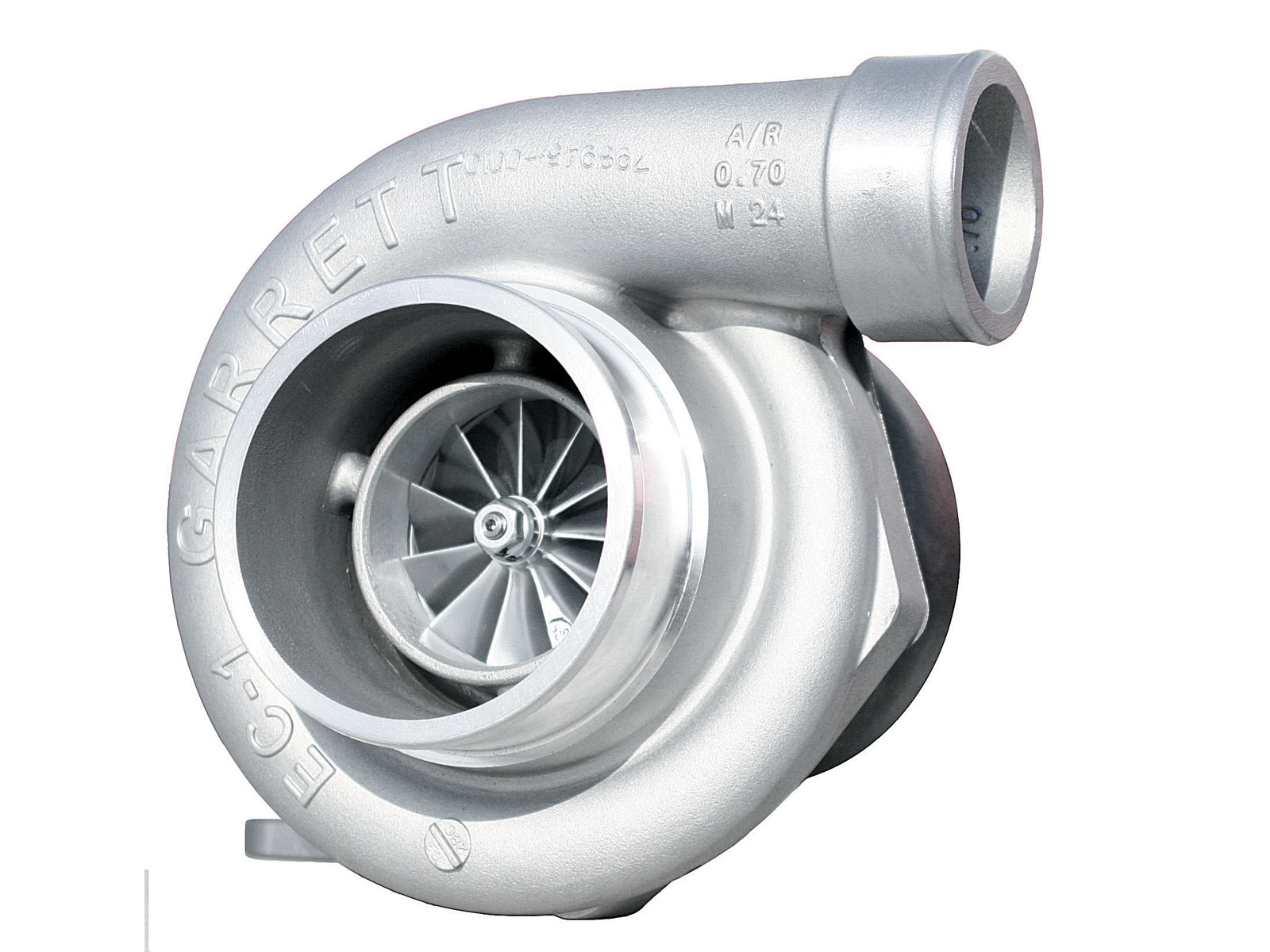 Turbocharging is a great way to get more power out of an engine. But, just throwing a turbo on an engine doesn’t get you better mileage.

Below is a letter sent by Tom to an an automotive trade publication.

I’ve noticed that in your publication and a number of others, turbocharging is generally lumped in with direct injection and cylinder deactivation as being a fuel-saving technology.

In fact, simply turbocharging an engine will not reduce its thirst for fuel. What turbocharging does do is make an engine more volumetrically efficient, i.e., it produces more power from the same displacement.

Effective use of turbocharging to reduce fuel consumption requires replacing an existing powerplant with a smaller turbocharged engine, generally of similar power output.

An excellent example of how this all works is the Ford Taurus. For 2014, the Ford brand’s largest sedan is available with two turbocharged “EcoBoost” engines (a 2.0-liter four and a 3.5-liter V6) and one normally aspirated engine (a 3.5-liter V6). 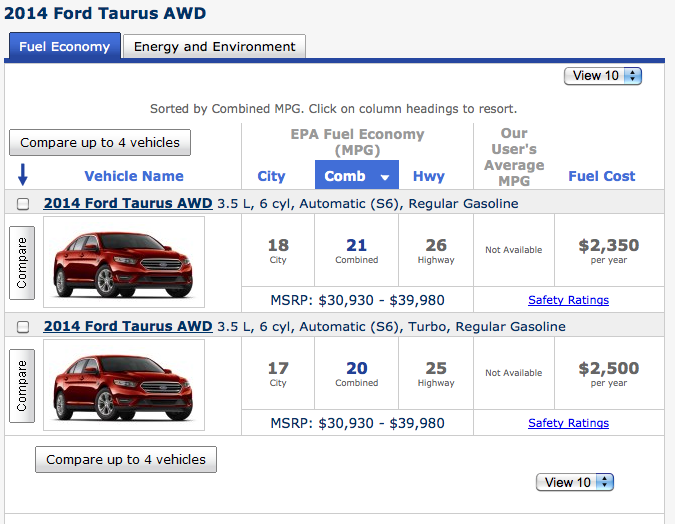 The turbocharged engine here is the thirstier of the pair, but it is also the more powerful. This fuel-economy chart comes courtesy of the EPA at fueleconomy.gov.

Comparing the V6s (both with AWD, as the turbo V6 comes only with AWD) the normally aspirated mill receives an EPA combined mpg estimate 1 mpg better (18 versus 19, respectively) than the turbocharged engine. The EcoBoost engine does produce significantly more power, however.

Stop it! 5 Habits to Break for Better Gas Mileage 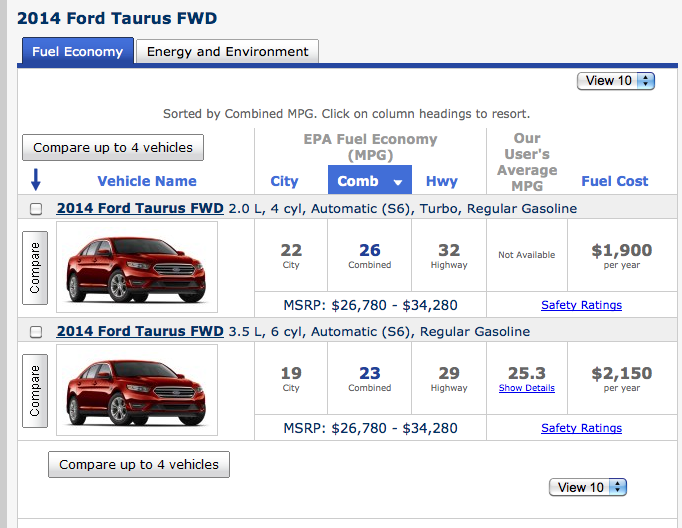 Though similar in power, the 4-cylinder “EcoBoost” engine trumps the normally aspirated V6 in the mpg department.

Comparing the EcoBoost 4-cylinder engine to the normally aspirated V6 (both with front-drive, as the EcoBoost four comes only with front-wheel drive) we see how turbocharging can help reduce fuel consumption. While the smaller engine produces slightly less horsepower than the V6, it does produce more torque. To this tester, the difference in power output is largely a wash. Yet, the EPA combined estimate for the EcoBoost 4-cylinder-powered vehicle is 3 mpg better than for the normally aspirated V6 (26 versus 23, respectively).

Without question, turbocharging is an excellent tool in the battle to make new vehicles more efficient, but by itself it does not help reduce fuel consumption.