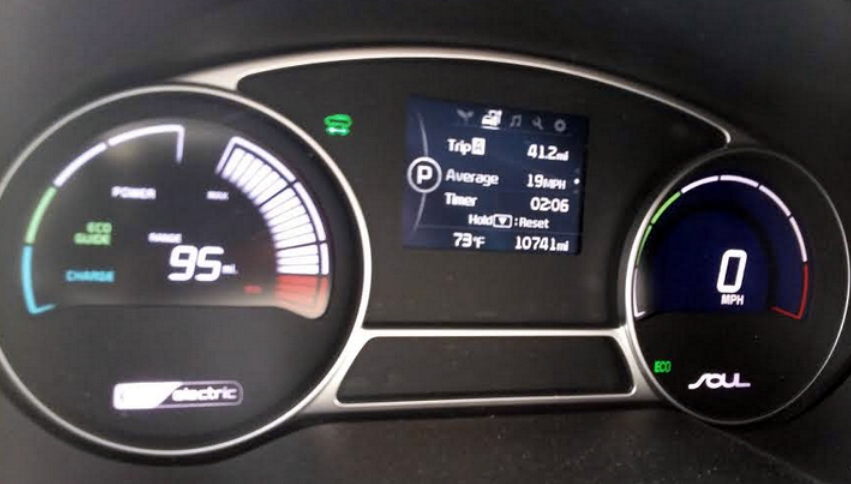 No, not the 1990s, with its mullet haircuts, punk-rock videos, and 50 shades of teal. Rather, it was the 90-mile range estimates on our Kia Soul EV.

During the winter, our post-charge range estimates often fell into the 60s, with one dip into the high 50s during a particularly chilly stretch. While the primary culprit was use of the heater – along with the heated seats and steering wheel – some may have been due to decreased battery efficiency in cold temps. Note, however, that much of our driving was in short, four-to-six-mile bursts – with plenty of “cool down” time in between – which is kind of a worst-case scenario for range. Why? Because the heater goes full blast at start-up in an effort to get the interior warmed to temperature as soon as possible – which it does far more quickly than would happen in a gas car – and then the car is shut off and gets cold again before the next start. When you drive longer distances, the heater goes into a lower-consumption “coast” mode after the cabin is warmed to the desired temperature, which drains the battery less. (Remember, the heater draws from the same battery as the drive motor does, so increased use of the heat – or to a lesser extent, the air conditioning – decreases driving range.) 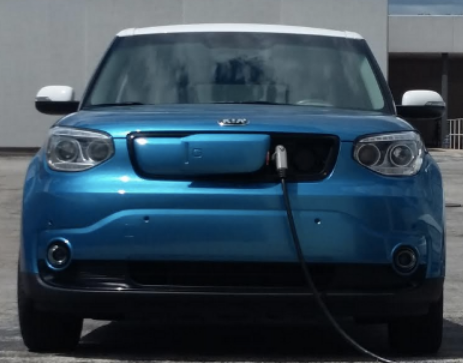 Our long-term Kia Soul EV has made friends on the Consumer Guide staff.

Although we typically found during the winter that the range estimate was, if anything, a bit pessimistic (if we started out with a 60-mile estimate after a full charge, we’d often have a 20-mile estimate on the clock after driving 45 miles or so), a 60-mile range starts to limit how far you want to venture. And since driving range is a major limitation of electric vehicles, it’s clear this is something to consider, particularly if you reside in the frozen northland. That could be one reason Kia doesn’t offer the Soul EV for sale in all parts of the country, though availability has been expanded for 2017 to include California, Oregon, Washington, New York, New Jersey, Maryland, Massachusetts, Connecticut, Rhode Island, Texas, Georgia, and Hawaii.

But those low range estimates are behind us now. Yet it took a while for them to return after the warm weather did. Why?

According to Kia, the range estimate is calculated by a complicated (and proprietary) algorithm that takes into account not only the energy used during the current drive, but factors in elements from the last 20 or so starts. This – officially – from Kia:

The vehicle’s BMS (battery management system) tracks the last 20 drive cycles and uses this information to estimate the available range at the next full charge.  Once driving, the current usage/driving pattern is included with this historical data from 100% to 50% SOC [State of Charge – Ed.].  Once at 50% SOC, the energy usage of the 1st 50% is more heavily weighted in the estimation for the remainder of the drive cycle.

Like I said … complicated. But what it means is that if the ambient temperature rises to optimal levels, it can take awhile before the range estimates follow suit.

Last year at this time, we were frequently starting off after a full recharge with range estimates of 100 miles or more, well above the 93-mile EPA range estimate. But so far this year, our estimate has yet to top 95 miles, which may be due either to the aforementioned lag time for “reality” to set in, or to a slight decrease in overall battery efficiency over time. (Most electric-vehicle manufacturers admit there is some battery degradation as the vehicle gets older.)

But in any case, good to have you back, 90s. And thanks for not bringing mullets back with you.