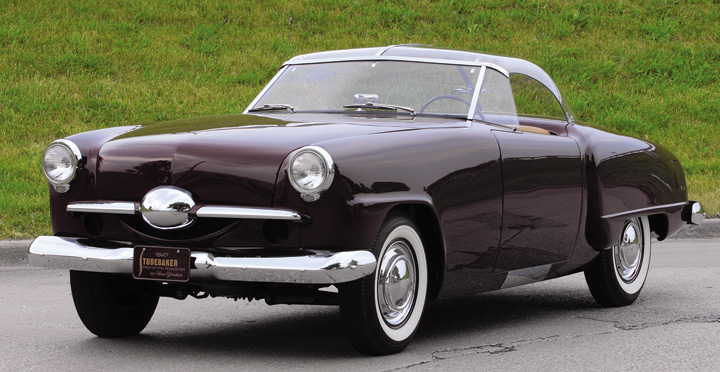 Note: This article is reprinted from the August 2013 issue of Collectible Automobile.

Nearly 65 years after it was created by talented but mercurial designer Vince Gardner, the Studebaker Gardner Special roadster was still turning heads. The latest owner of the low-slung two-seater, John Allen, of Naples, Florida, had been invited to enter it in the prestigeous 2012 Pebble Beach Concours d’Elegance in California. This no doubt was the crowning moment for an automoble that had been to lots of places in its lifetime—including the junkyard.

The story of the creation of the Gardner Special and much of its subsequent history was detailed in a profile of Vince Gardner by Michael Lamm that appeared in the October 2007 issue of Collectible Automobile®. When Gardner began the project, he was a modeler and stylist for Studebaker in South Bend, Indiana, and the starting point for the Special was his personal 1947 Champion business coupe.

Years earlier, Gardner had told Lamm that he cut the roof off the coupe; moved the front seat, pedals, cowl, and steering assembly back; and lengthened the hood and front fenders. He topped it with a Plexiglass roof that mated to a headerless windshield with aluminum pillars that were anchored to the reinforced chassis frame. For open-air motoring, the top could be removed and stored in the trunk.

The hood and decklid were lower than those of production cars, and could be raised via hydraulic lifts that Gardner installed. He fashioned a single-bar grille with a central spinner and used ’49 Studebaker Commander bumpers. Exhaust outlets were routed through the centers of the circular taillights.

Gardner called on his early experience as a Cord clay modeler to design an interior with a central gauge cluster and toggle control switches on the steering column. Tan cowhide covered the seats and interior door panels.

The engine was a Champion 169.6-cid L-head six to which Gardner added  a Weiand twin-carburetor manifold and high-compression aluminum head, plus split exhaust manifolds. The transmission was a conventional Stude three-speed manual with overdrive.

In 1949, Gardner used the car to win a 450-mile rally conducted by the Detroit chapter of the Sports Car Club of America. The following year, he took the roadster to California, entering it in the Oakland Roadster Show and the first Motor Trend magazine Autorama show in Los Angeles. Art Center School design students got a look at it at their LA campus, too.

Back home in Indiana, though, Gardner’s wife—the couple would soon divorce—began prodding him to junk the car, which he did. However, the Special was saved from oblivion by a young man named W. Alan Canty Jr. (Canty later became a psychologist and had Gardner as a patient.) After Canty was murdered, his widow put the roadster up for sale. It wound up back in South Bend for many years, then passed to a Stockton, California, man. At the time Lamm wrote his article, the car was in the Detroit area. Finally, Allen bought it at an auction.

The Gardner Special’s twisty path to Pebble Beach eventually passed through the doors of restorer Fran Roxas’s shop in the Chicago area. (Roxas had restored another of Gardner’s notable creations, the Ford-Vega roadster completed in 1953.) After two years of work, including undoing modifications that had been made to the car over time, the Gardner Special was ready for its star turn at America’s premier concours, where it claimed a second-place award in the “American Sport Customs” class.

Gardner Special exhaust outlets are routed through the centers of the circular taillights. 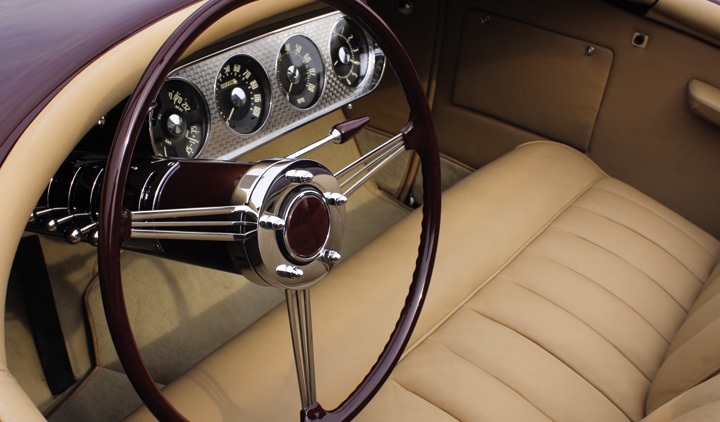 Gardner called on experience as a Cord clay modeler to design an interior with a central gauge cluster and toggle switches on the steering column. 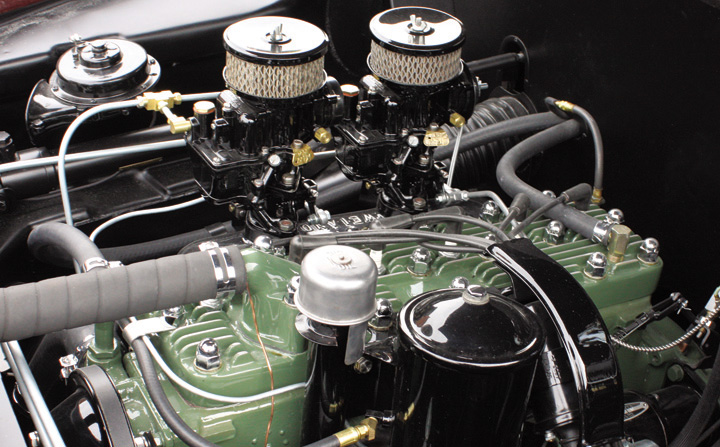 The plexiglass roof is mated to a headerless windshield with aluminum pillars anchored to a reinforced chassis frame.