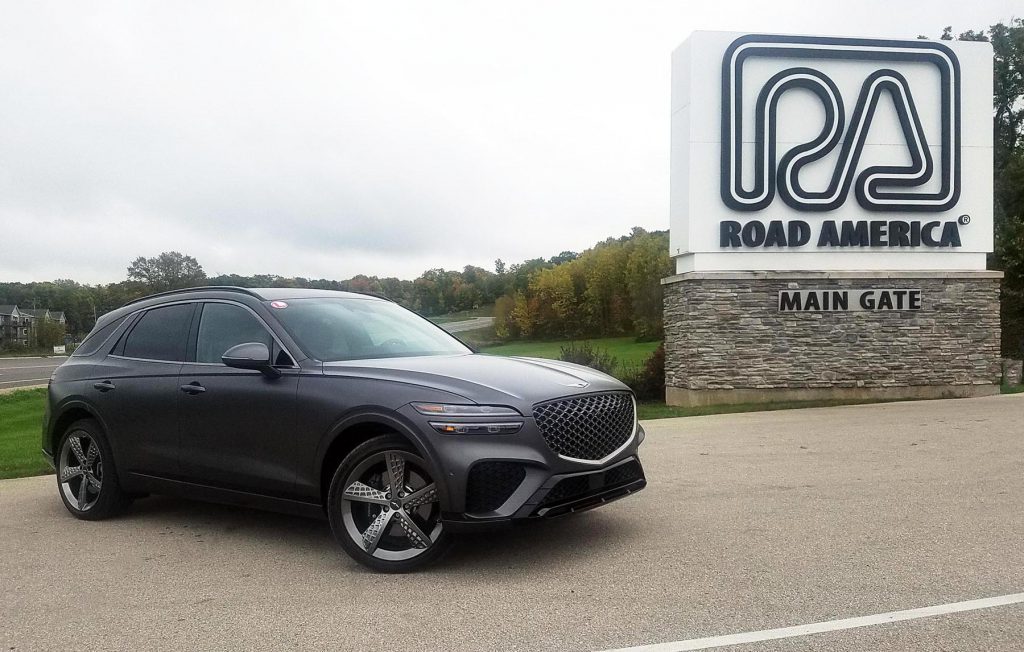 We’re certainly not completely out from under the shadow of COVID-19 at this point, but it at least feels like we’re on the road back to some kind of normalcy. During the 2020 calendar year, most of the manufacturer-hosted press events our editors attend to produce our First Spin test-drive reviews were put on hold, but they’ve been ramping back up again throughout 2021.

Our editors also attend regional, multi-manufacturer press events that allow us brief access to a broad variety of new vehicles from a host of manufacturers, for quick-take impressions and helpful back-to-back comparison drives. The Midwest Automotive Media Association’s annual rallies—journalist-only events that showcase many of the auto industry’s freshest new products—are among the best of these events, but the ongoing pandemic meant that the MAMA rallies were also put on hiatus for 2020.

However, we were back in the saddle for Fall 2021… the 2021 MAMA Rally was held earlier this month at the Road America race course in Elkhart Lake, Wisconsin, with COVID protocols in place. Road America is a fabulous facility that’s much more than just a race track—it offers plenty of opportunities for both street driving (on picturesque, winding Wisconsin roads that are particularly lovely in autumn) and off-road driving (at a top-notch off-road course on the grounds at Road America), as well as controlled track driving and an autocross course for select vehicles. Here are a few first-drive impressions of vehicles that stood out to us at the event. 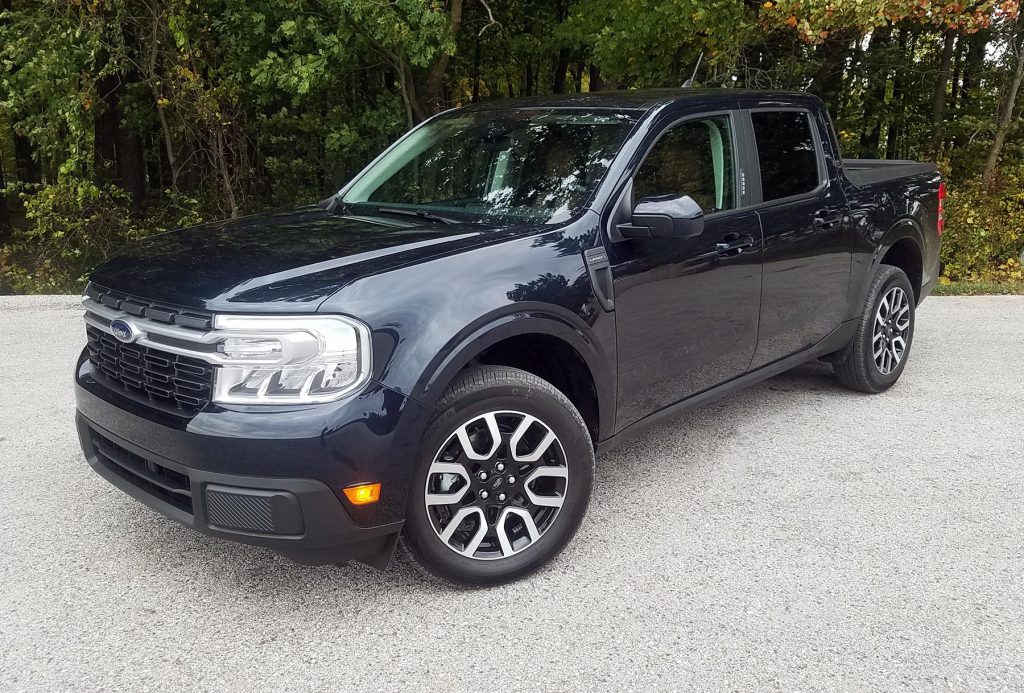 Driving the new-for-2022 Ford Maverick for the first time reminded me of a famous quote that’s frequently (and most likely erroneously) attributed to Henry Ford: “If I would have asked the people what they wanted, they would have said faster horses.” I don’t recall the auto-buying public (or any auto journalists) banging the drum for a compact pickup truck built on a unibody front-wheel-drive platform, with a small integrated pickup bed and a standard fuel-sipping gas/electric hybrid powertrain. Yet, Ford has made just that in the Maverick, and all signs point to it being a huge hit. 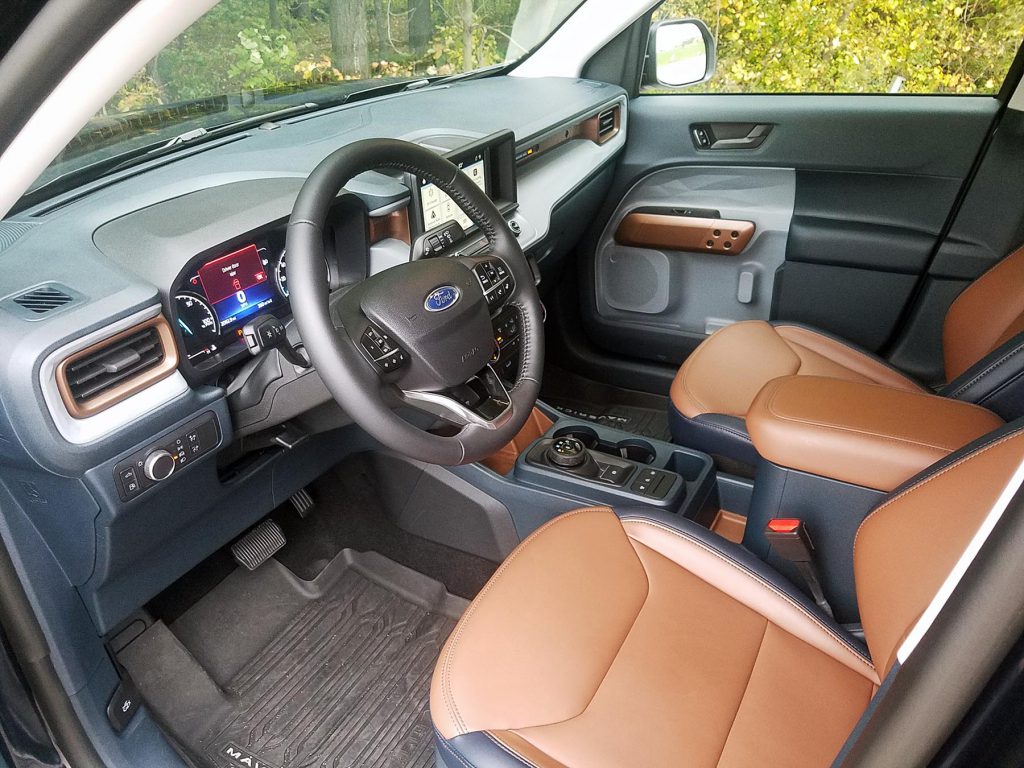 The Maverick is a truly compact vehicle, but Ford’s clever design features have made the most of the tidy cabin dimensions and pickup bed. For example, the door panels use a clever, ergonomically agreeable door-pull design that opens up enough space for a large water bottle to fit in the door pocket. My 6’6” self fits in the rear seat better than I was expecting—I wouldn’t want to be back there for a long trip, but it’s tolerable for a cross-town jaunt. The interior is trimmed in lots of low-buck hard plastic, but thanks to the smart design and clever color accents, the overall ambiance is fun, funky, and functional.

I drove two Mavericks at the event—one had the 191-hp 2.5-liter 4-cylinder hybrid powertrain and the other had the optional 250-hp turbocharged 2.0-liter 4-cylinder. The base engine is sufficiently powerful in everyday driving situations, with a well-integrated hybrid system—both throttle and brake-pedal response are smooth and linear. The turbo 2.0 is downright zippy—I would love it if Ford saw fit to release a street-performance-focused Maverick (Maverick ST-Line?) with a sport-tuned suspension and this engine. – Damon Bell 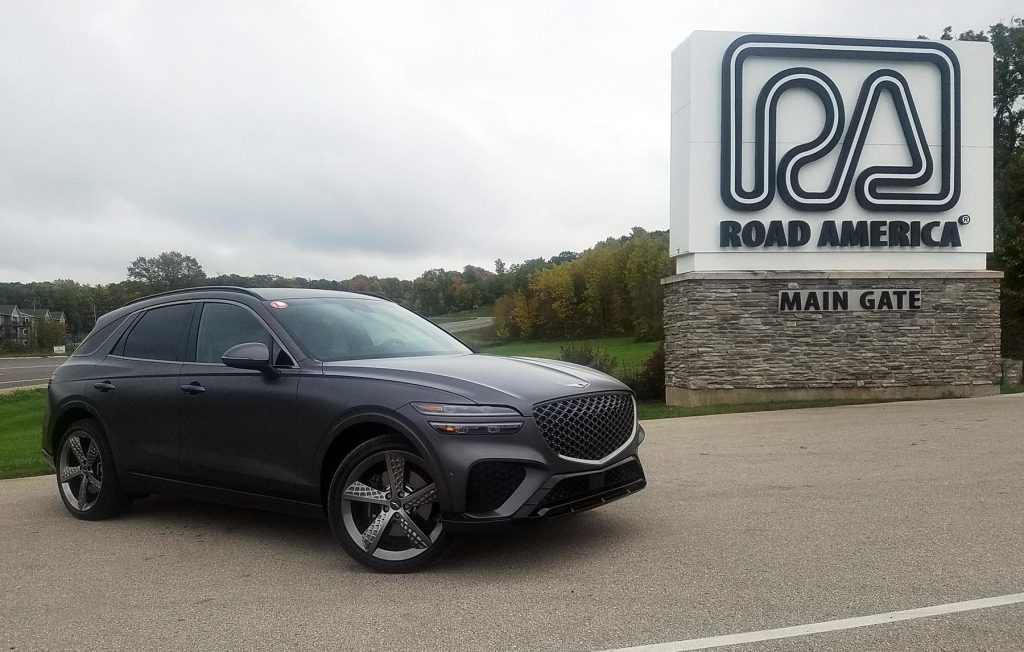 Hyundai’s Genesis luxury division launched for 2017 with a pair of large sedans, then added the compact G70 sport sedan for the 2019 model year and the GV80 midsize SUV for 2021. The new-for-2022 GV70 compact SUV looks to be the vehicle that will truly put this fledgling premium brand on the map, both in terms of its positioning in one of the most popular vehicle segments (for luxury brands and mainstream brands alike) and its confident execution overall. 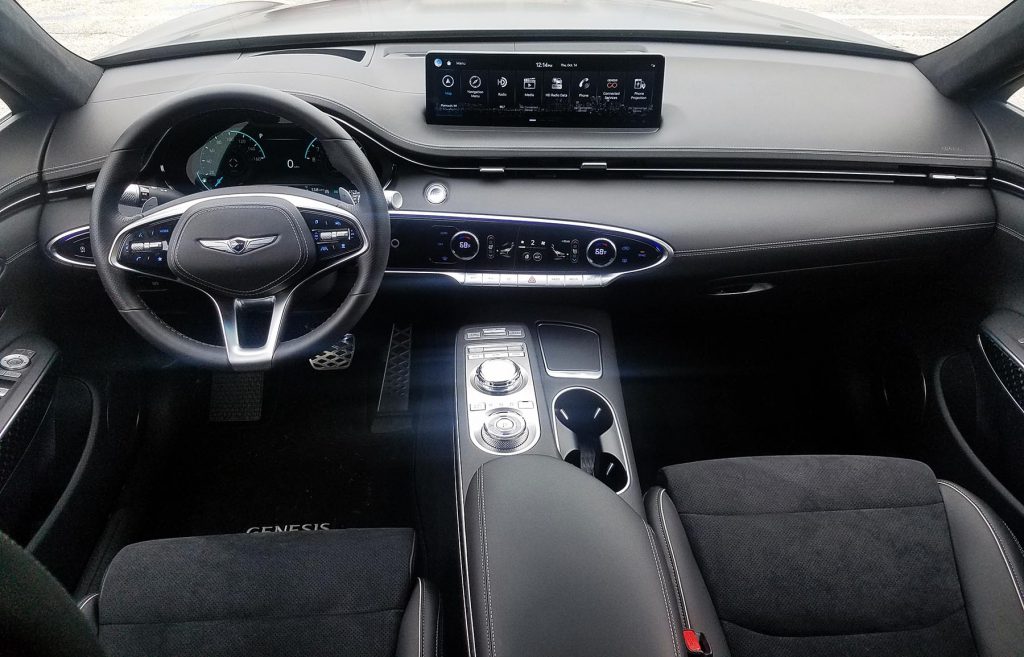 The GV70’s bold, athletic exterior styling looks fabulous and wears Genesis’s signature shield-shaped grille very well, but it’s the interior that truly dazzles. In top-line models, the cabin is impeccably finished, and decked out with high-tech features such as a trick 3D digital gauge cluster and a fingerprint scanner on the dashboard (which enables you to start the vehicle without carrying a key fob—you’ll just need your smartphone).

The GV70s we drove at the event were top-line 3.5T Sport Prestige models, which delivered invigorating acceleration and offered a nice balance of ride comfort and cornering prowess (that definitely leaned to the sportier side). The bottom-line sticker price of the vehicle we drove was $65,045—not cheap, but still a compelling value compared to similarly equipped European rivals. – Damon Bell 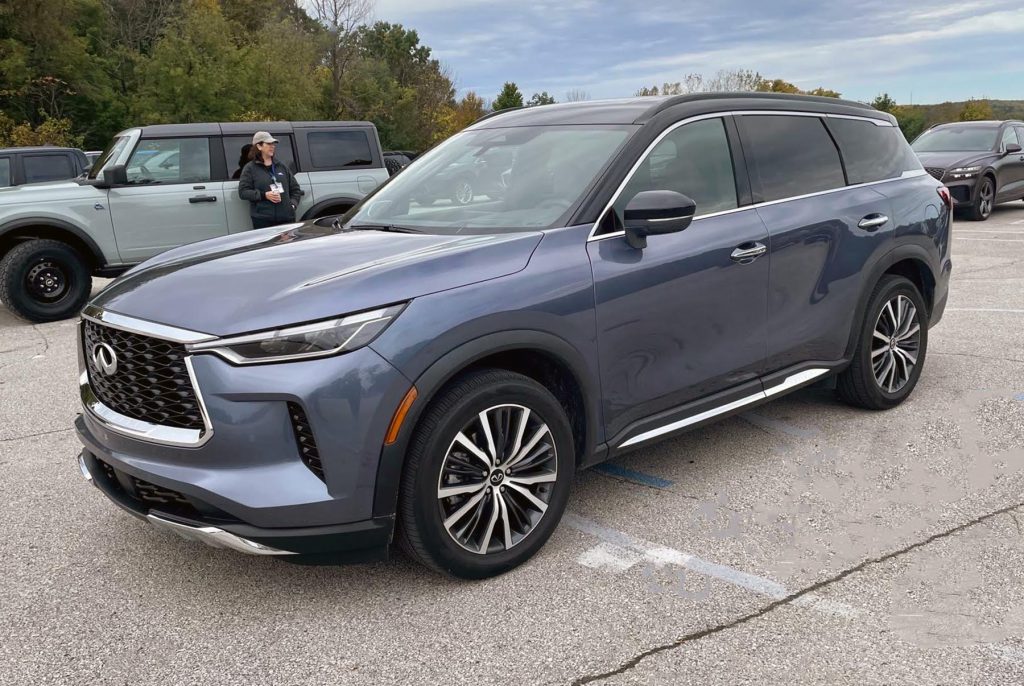 Given that most of all luxury-vehicle sales in the U.S. are comprised of small or midsize crossovers, it is unconscionable that Infiniti allowed the QX60 to go for almost a decade without a significant re-do.

Treated only to minor updates since its 2013 introduction (it was launched as the JX35 before being renamed QX60 for 2014), this three-row midsize crossover eventually fell off of most premium-crossover shoppers’ lists. As, frankly, it should have. The good news is that the QX60 has been redesigned for 2022 and it is, at least at first blush, a vastly better vehicle than the one it replaces.

The new QX60’s cabin is fresh and airy, with a full suite of connectivity features accessed via voice commands or a big, easy-to-read touchscreen. Appointments in the top-of-the-line Autograph model I drove were of apparent high quality and certainly up to class standards.

The really big news for 2022 is the replacement of the QX60’s problematic CVT automatic transmission with a conventional 9-speed automatic. On the road—at least during my short drive—the new 9-speed makes the most of the standard 3.5-liter V6, providing smooth, crisp shifts in a timely fashion.

After a long hiatus, you’ll likely want to put Infiniti back on your premium midsize crossover test-drive list. – Tom Appel 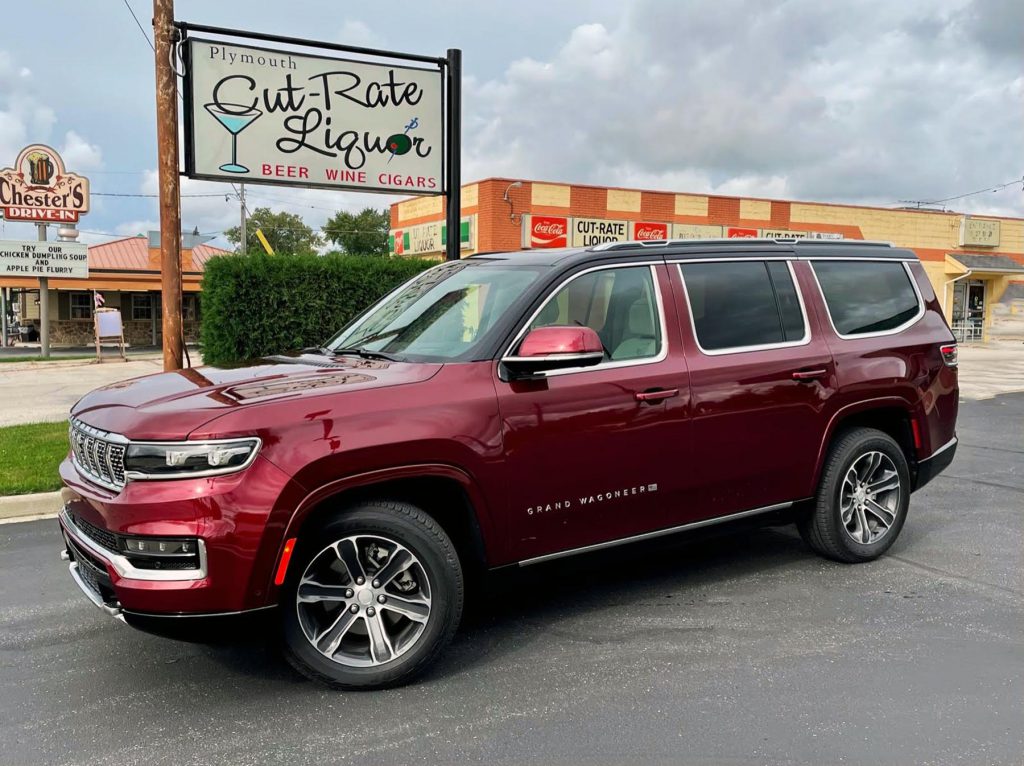 Given that Ford and General Motors see otherworldly profit margins on their large SUVs, it stands to reason that Stellantis (formerly Fiat Chrysler Automobiles)—would eventually enter the segment. But the company’s first vehicle to truly challenge the likes of the GMC Yukon and Lincoln Navigator comes not as a Chrysler or Dodge, but as a Jeep. 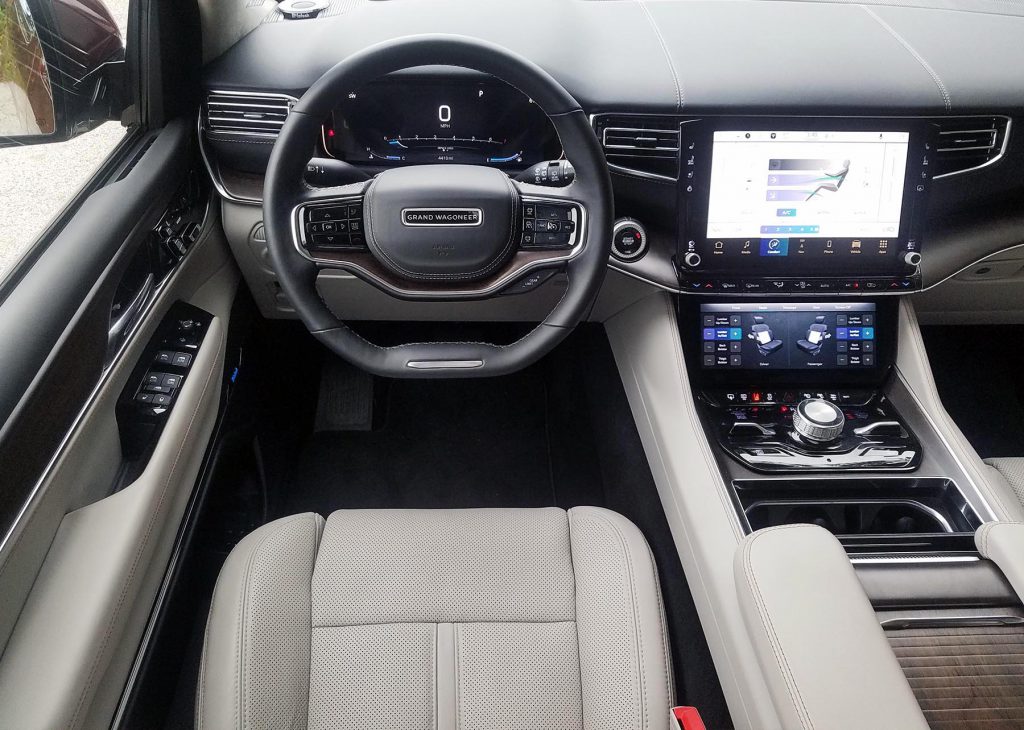 Jeep’s new big rigs revive a nameplate from the brand’s past—they come in Wagoneer and luxury Grand Wagoneer variations, and only in a single length (at least for now).

I spent the most time in a “base” Grand Wagoneer Series I; even-ritzier Series II and Series III trim levels are also offered.

Checking in at a shade under 215 inches long, Jeep’s new flagship is slightly longer overall than a standard-length GMC Yukon. To my eyes, the Grand Wagoneer appears larger than that in person.

My short drive left me most impressed by the GW’s indulgent cabin appointments and overall interior quietness. A 6.4-liter Hemi V8 is standard; it’s rated at 471 horsepower and provides plenty of smooth, seamless power. Alarmingly, the truck’s trip computer reported fuel economy hovering just over 10 mpg during my stint behind the wheel.

On the road, I found the Grand Wagoneer’s steering vague and overboosted. I also found hustling this extra-large Jeep around city corners to be something of a chore—it feels every bit as big as it is, and likes to plow forward in tight turns.

At $91,735 as-tested, even the “entry-level” Grand Wagoneer is priced against the likes of the Cadillac Escalade, GMC Yukon Denali, and Lincoln Navigator. Will luxury-truck intenders cross-shop Jeep’s new contender against a slate of excellent competitors? It’s telling that no Jeep badges appear anywhere on the Wagoneer or Grand Wagoneer. So, Jeep marketing folks seem to be asking the exact same question. – Tom Appel 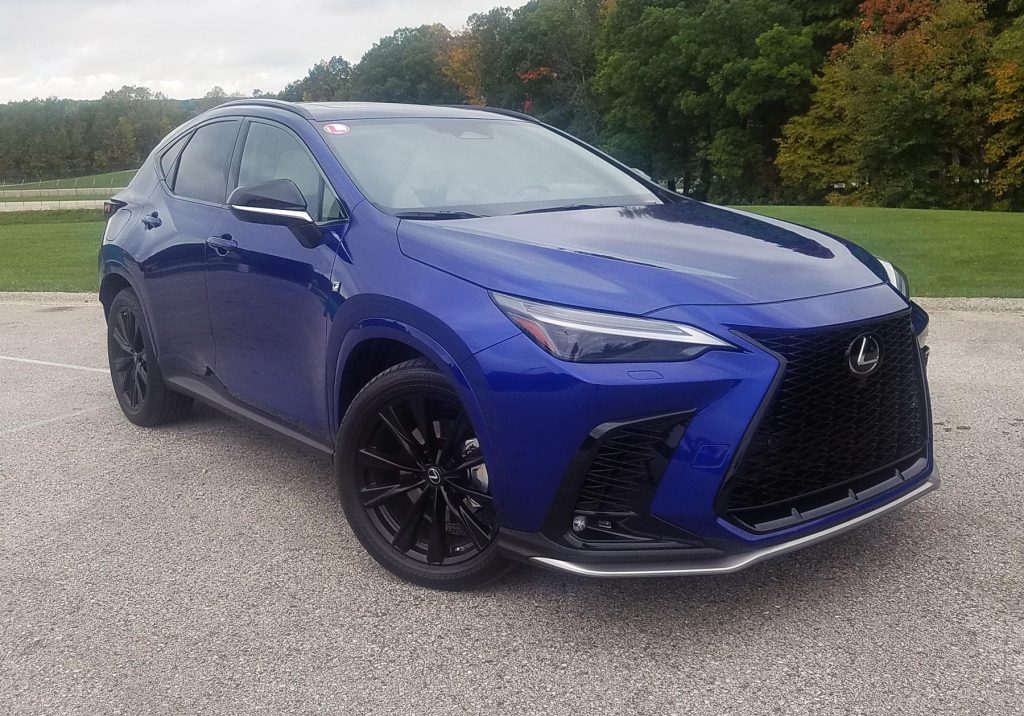 This was my first chance to get behind the wheel of the redesigned-for-2022 Lexus NX compact SUV. The NX model line expands significantly for 2022 to encompass four models: the entry-level NX 250 (powered by a 203-hp 2.5-liter 4-cylinder), peppier NX 350 (powered by a turbocharged 270-hp 2.4-liter four), hybrid NX 350h (which gets a 2.5-liter four paired with two electric motors, for standard all-wheel drive and a total output of 239 hp), and the plug-in-hybrid NX 450h+ (which gets a plug-in-hybrid version of the 2.5 four that puts out an impressive 302 hp total).

I drove an all-wheel-drive NX 350 Luxury and an NX 450h+ F Sport. Both delivered satisfying power, and the 450h+’s hybrid system is as smooth as they come (Toyota and Lexus have been at this hybrid thing for a while now, and it shows). The cabin was nicely finished, with new features such as “Digital Latch” electric-release door handles and the much-improved Lexus Interface touchscreen infotainment system (a big improvement over the previous Lexus Remote Touch interface, though I am going to need a lot more time to fully explore the ins and outs of the new system and its capabilities).

For me, the biggest downside of the new NX is that my extra-tall frame doesn’t fit behind the driver’s seat particularly well. I felt like I was hovering over the dashboard and steering wheel instead of behind ensconced behind them, and even with the seat all the way down and back, my head was uncomfortably close to the headliner/windshield header. Shorter drivers shouldn’t have an issue, however. You can check out our First Spin test-drive report (link below) for more on the new Lexus NX. – Damon Bell 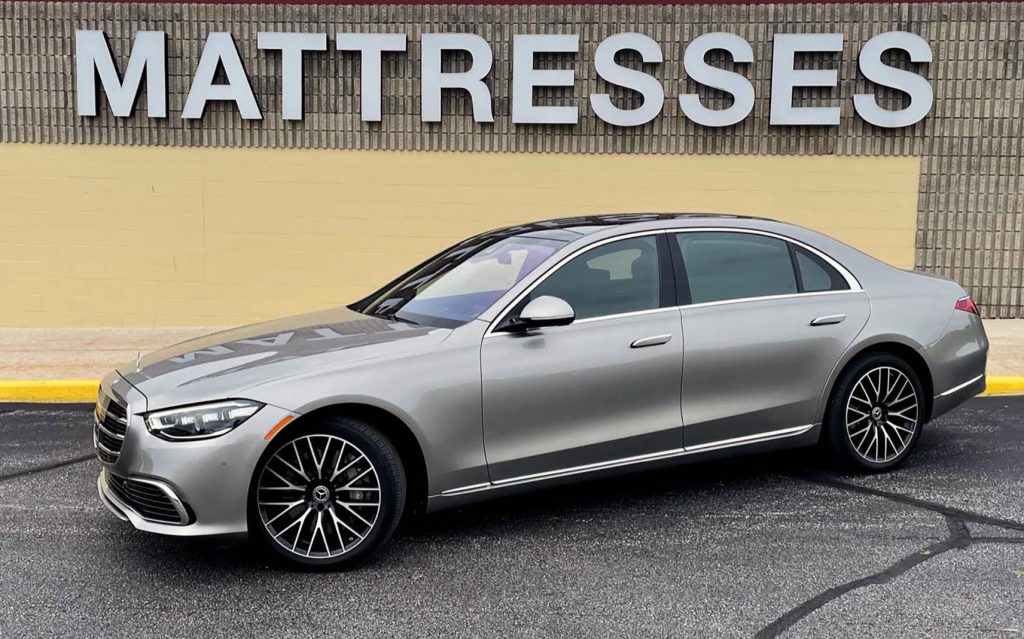 There was a time when an all-new version of the Mercedes-Benz S-Class was anticipated with the same fervor as a new pope. Sadly, the seventh generation of the German luxury automaker’s flagship sedan has been eclipsed in the news by crossovers and electric vehicles, including Mercedes’ own EQS pure-electric large sedan. 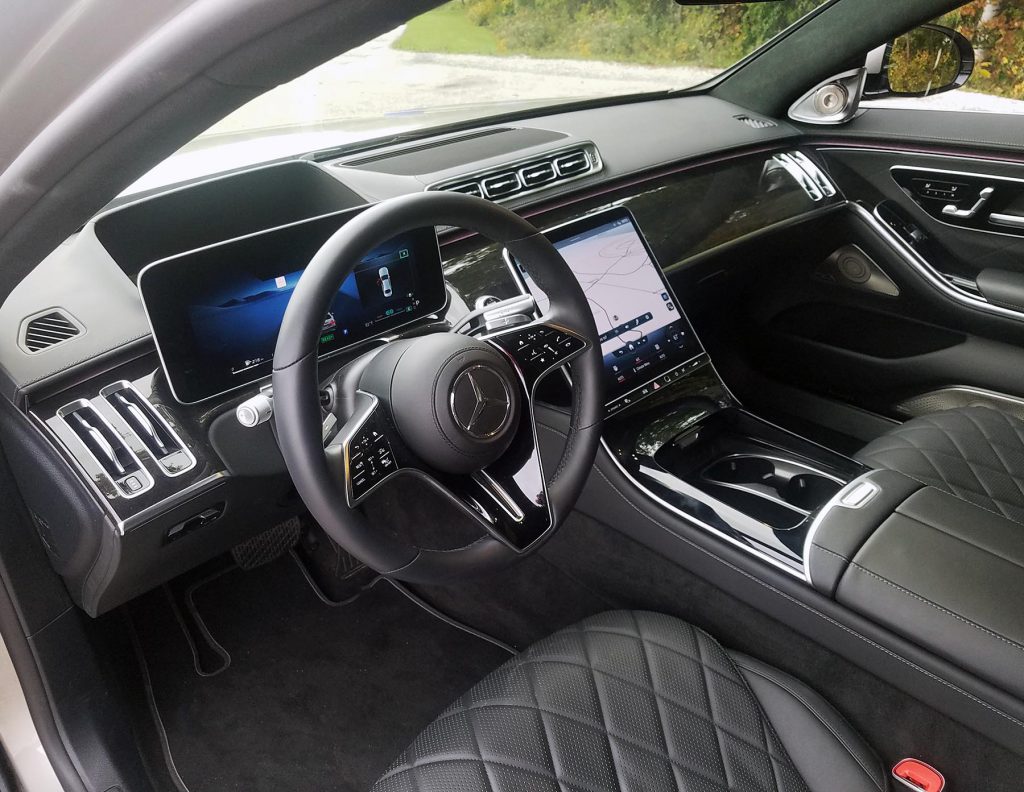 That’s a shame, as the new S-Class is, at least at first blush, everything a car of this lineage should be. The S-Class sedan’s status as a benchmark for quietness, ride quality, and overall refinement appears secure. Cabin design and materials quality are also top notch.

The biggest change for 2021 is a new control layout. Since I’m accustomed to impressive—almost intimidating—rows of tidy bright-metal switches and knobs when I get behind the wheel of an S-Class, I was stunned by the near absence of traditional switchgear in the new big Benz. The effect is a clean and uncluttered console/dash that should be the envy of carmakers still offering physical knobs, switches, and buttons.

I need more time with the S-Class before I determine that moving almost all of the infotainment and climate controls to a touchscreen is a good thing, but from a design standpoint, the change is a huge success. For 2021, the base S500 4Matic starts at $110,850, including the destination charge. The S580 4Matic I drove checked in at $146,290 all in, including the $6730 Burmester audio system. – Tom Appel 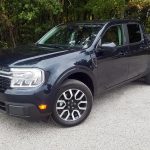 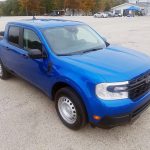 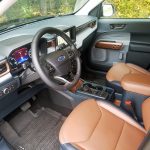 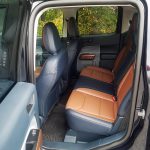 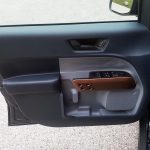 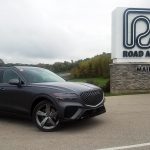 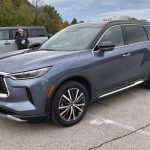 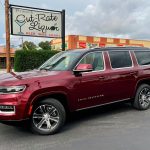 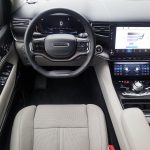 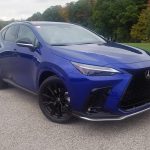 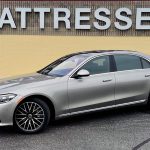 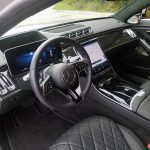