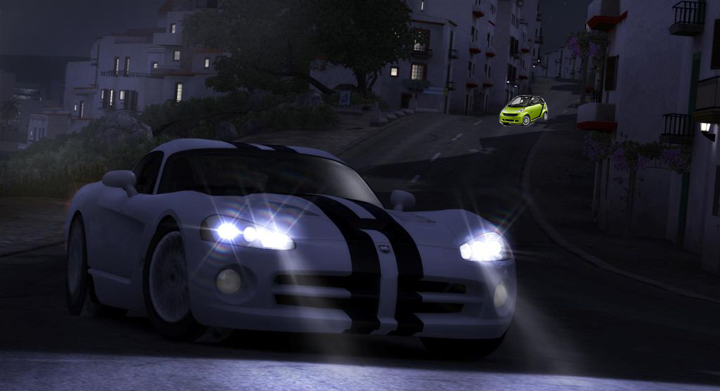 Smart ForTwo
It may look as cute as a trick-or-treater, but this car will give you the willies when you actually have to drive it. ForTwo needs 14.6 seconds to go from 0-60, which gives you just enough time to make out your will while merging onto the turnpike. (JK!) Actually, this car is solidly built (it has performed well in crash tests), but at 1,800-pounds it has the potential to be knocked around the highway like a pinball if whacked by an SUV. ForTwo is hard to keep composed at high speeds, and city drivers are cursed with a transmission that, according to Consumer Guide’s John Biel, “bogs down at every upshift as if it were a manual being driven by a beginner.”

Dodge Viper (pre-2013)
For the redesigned 2013 Viper, Chrysler’s SRT division added traction control and an antiskid system for the first time. Thank heavens, because the previous iterations were incorrigible monsters—meant for expert drivers who knew how to tame them. Our Viper test drivers prayed for dry weather; otherwise, it would have been a nightmare trying to keep this barely street-legal, 600-horsepower brute on the road. Even on dry, straight surfaces, Viper was no joy to drive. One CG editor said that the car “pitches and buckboards over every possible road surface imperfection,” while another warned that “the Viper coupe afflicts the comfortable with its tight, hot cabin; stiff clutch; and omnipresent din.”

Scion iQ
CG’s Don Sikora says that iQ “feels a little nervous at times on the highway,” and that’s how many drivers feel all the time when operating this microcar. Though its powertrain is decent, iQ’s 78.7-inch wheelbase results in a “bang-bang double bump when driving over an imperfection,” wrote Biel. The iQ is so cramped that those over 6 feet risk banging their noggins on the headliner. Rear visibility is a near-blackout unless you remove the rear headrests. But where do you put them? The cargo area can barely fit a briefcase, and the rear seats are torture chambers for any normal-sized human being.

Mitsubushi i
We have lauded this electric car as a potential planet- and money-saver; it starts at $29,125 and saves you thousands on gas. But the Mitsubishi i’s range is limited—below 50 miles if you’re running the heat or A/C at full blast. That leads to “range anxiety”—the fear of running out of juice at midnight on a desolate road. Just driving the i can be harrowing. I’ve fishtailed on a curvy, wet exit ramp due to the car’s rear-wheel drive. I’ve struggled to keep this tall, light vehicle composed on the highway during a moderately windy day. And I blew out not one but two of the car’s skinny tires (both on the driver side) while riding over a single Chicago pothole! Egads.