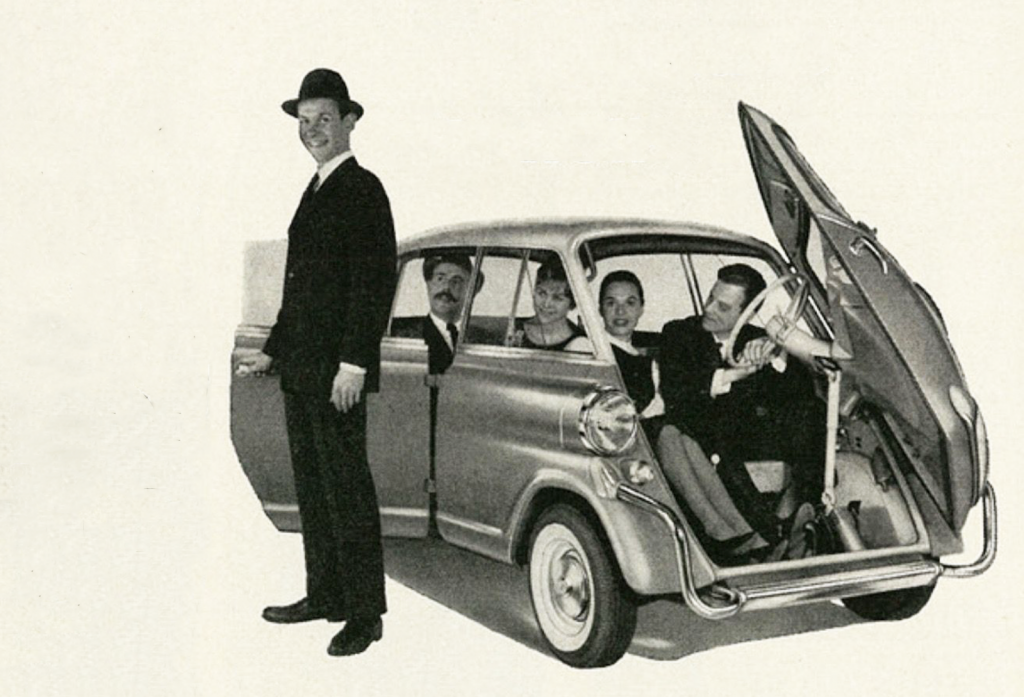 I am a shade under 6 feet, 7 inches tall. No, I don’t play basketball. Yes, the weather up here is fine… ha-HA! Good one. Now that that’s out of the way, let me pass on a few pointers I’ve picked up over the course of 17 years of test-driving new cars and trucks. If you or your loved ones are long of limb, these might help you out the next time you’re car shopping.

I drive two different test vehicles per week on average, and my ritual is the same before entering each one. Driver’s seat alllll the way down, and usually allllll the way back, steering-wheel tilt/telescope all the way out and usually all the way up. Regardless of the type of vehicle you’re driving, there are a few universal truths that apply for tall folks.

Check out our Big and Tall Friendly reviews 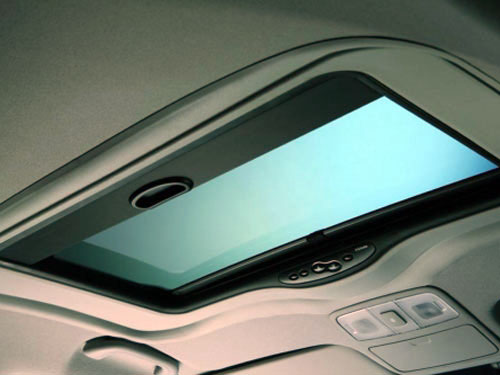 You’d think a big hole in your vehicle’s roof would be a plus for headroom, but it’s often the opposite. The sunroof panel needs tracks and other mechanical bits to power open, and that hardware—along with the obligatory sliding sunshade—has to fit somewhere. The sunroof’s housing and other components usually eat up an inch or two of headroom compared to a non-sunroof model. In some vehicles, that doesn’t matter, but in vehicles with lower rooflines, those couple inches can be the difference between a comfortable fit or the top of your head brushing the headliner. Be sure to check out sunroofs when you’re shopping—there may be a non-sunroof version of the vehicle you’re interested in, but since sunroofs often come standard in many of the higher-line trim levels, a sunroof-free model might be missing other desirable features.

Check Out the Door Openings

Sometimes it’s not just about the space when you’re behind the wheel… it’s getting behind the wheel in the first place. Be sure to take note of front-door openings when you’re out shopping—there are a few vehicles out there (the latest Volvo S60 and BMW X1 come to mind) that have decent front-seat space for tall folks, but stingy front-door apertures. A tight door opening makes it awkward for big and tall types to squeeze in and out of the vehicle, even though the space behind the wheel is fine. Plus, once you’re seated and have the seat adjusted where you like it, you might find that your head is even with or even a bit behind the B-pillar—in some cases, enough so that you’ll have to lean forward to get a good view of oncoming traffic from the left when you’re at a stop sign or stoplight. 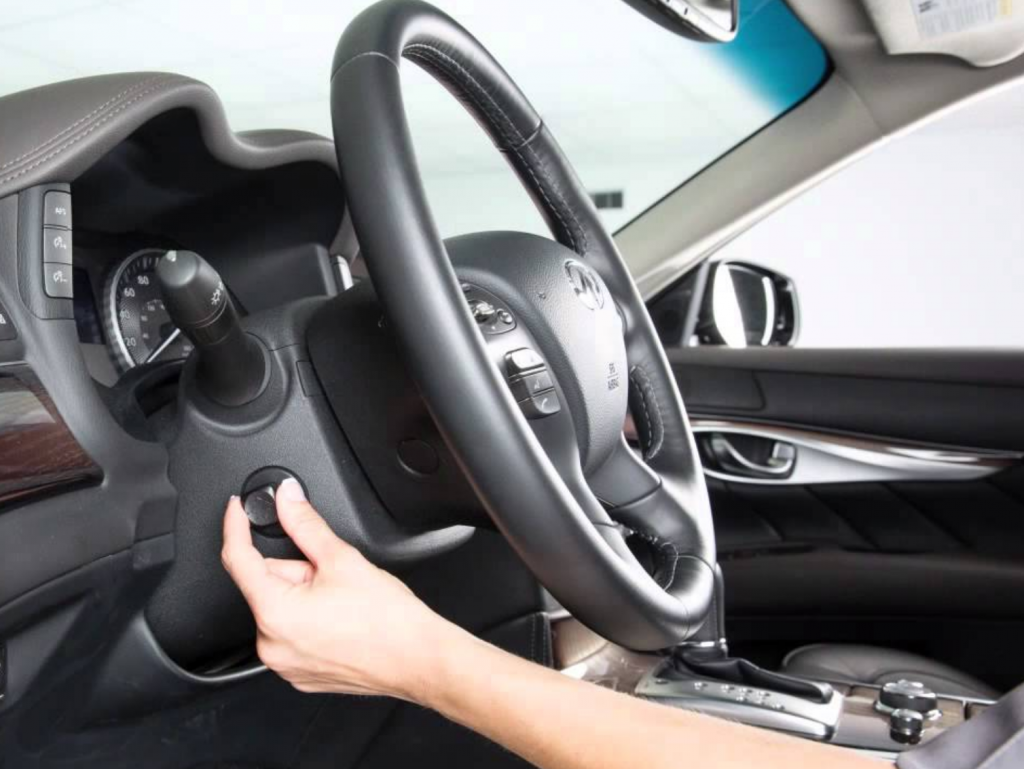 A broad range of steering-column adjustability makes it easier for tall people to dial in a comfortable driving position.

A broad range of steering-wheel adjustment makes dialing in a comfortable driving position much easier, especially when you’re long-limbed. I’d say telescopic adjustment might be even more important than tilt adjustment, especially in a cramped cockpit. One of the Mazda MX-5 Miata’s upgrades for 2019 was the addition of telescopic adjustability to the previously tilt-only steering column. Even though its range of adjustment is only 1.18 inches, that feature makes the latest Miata’s cabin noticeably more hospitable for me (though sadly, it’s still a real squeeze overall). Some vehicles have a much better range of steering-wheel adjustment than others, so make sure you check out that out when you’re trying vehicles on for size. The German makes typically do well in this regard—Audis, Mercedes-Benzes, and Volkswagens usually get high marks from me, as do the aged Chrysler 300 and Dodge Challenger and Charger (those three are all based on Chrysler’s LX platform, which borrowed some Mercedes-Benz components).

Watch Out for Upright Windshields

Compared to an average-height person, a tall driver’s eyeballs are a lot higher up (and closer to the roofline) in most any given vehicle—even when the seat is adjusted all the way down. The way most windshields are sloped, this usually isn’t an issue, but in vehicles with steep, upright windshields, tall people can have traffic-light sightline problems. An upright windshield means the roof extends that much farther forward, which can block the view of traffic lights and necessitate crouching in your seat to see the signal, especially if you’re first in line at a red-light intersection. The Jeep Wrangler and Renegade, various Mini Coopers, and the departed Toyota FJ Cruiser and Nissan Cube are a few of the vehicles where this can be an issue. 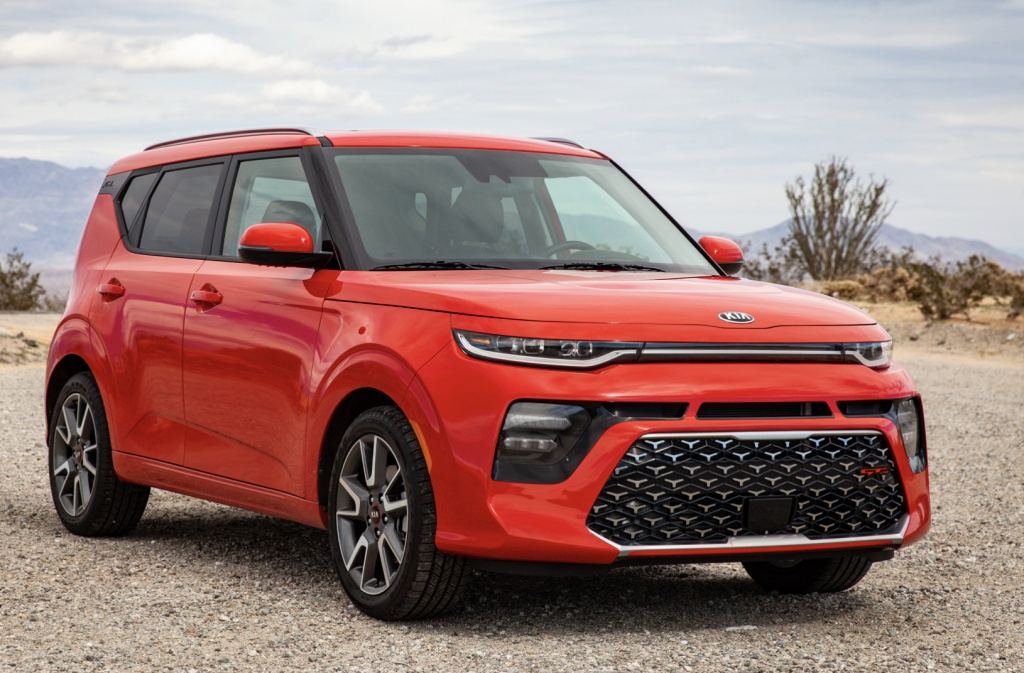 Thanks in part to its tallish body build, the Kia Soul offers excellent occupant space within its small overall footprint.

Just because a vehicle is small on the outside, that doesn’t mean it’s small on the inside, and vice versa. For a vivid illustration of this, climb into the driver’s seat of a Hummer H1 (if you can find one), then get behind the wheel of a Mini Cooper. Many subcompacts offer excellent front-seat space, and some of them even have OK room in the rear seat as well (maybe not for you, but for your average-height friends). In fact, there are some subcompact cars that I fit into better than I fit in some large cars and SUVs. Don’t rule small vehicles out just because you’re tall—give them a try, and you might be surprised how well you fit.