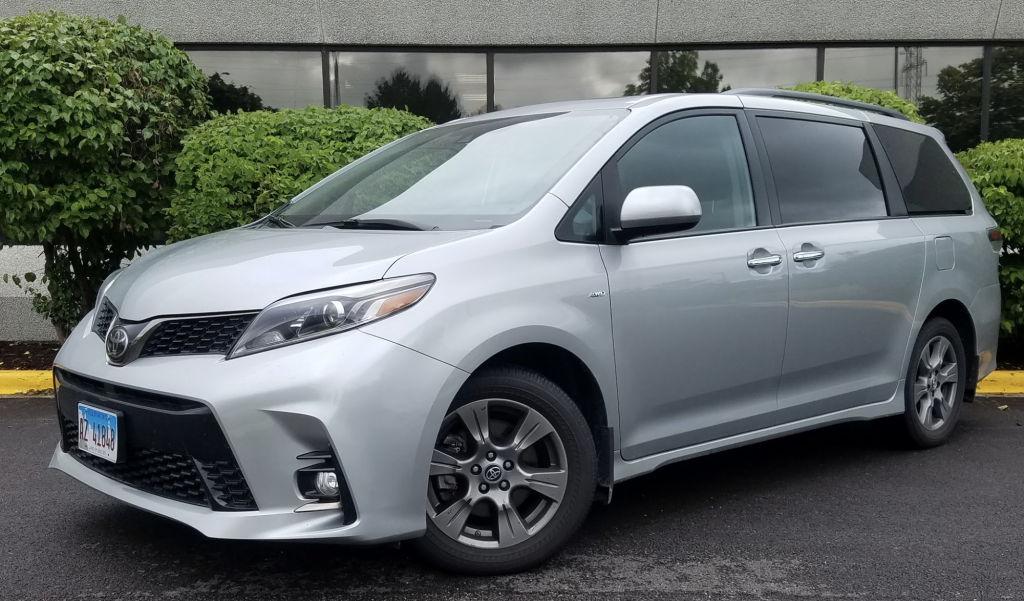 The great: All-climate traction thanks to  class-exclusive all-wheel drive

The not so good: A few minor controls are difficult reach from driver’s seat

With the meteoric rise of crossovers – some midsize ones offering seating for up to eight – the minivan market isn’t what it it used to be. Nor is the number of minivan offerings. Yet there remains no better box for toting people or cargo.

If there’s a strong selling point to the Sienna, it’s this: It’s the only minivan to offer all-wheel drive.

One benefit of crossovers for this chore is that you can get any of the biggies with all-wheel drive, something that’s becoming increasingly popular in the snow states. Yet only one minivan offers it – and it’s this one.

And when you think about it, that seems kind of odd. The purpose of a minivan is to be able to carry large loads of people and/or cargo, and when all that attendant weight is added to the back, it transfers weight off the front wheels. And since — in all other minivans — those are the drive wheels, well … see “snow states” comment above.

But that’s not all the Sienna (which also comes in front-drive form) has going for it.

Although some midsize crossovers also offer seating for up to eight, none can match the adult-size passenger space of the Sienna. Our tester was fitted with second-row bucket seats that cut seating capacity to seven.

If you take away the space factor – the most notable elements being a huge cargo hold and true adult seating space in the third row, all offered by every current minivan – it partially becomes a question of features. In that vein, the test Sienna SE Premium came with all the expected elements, including those of the high-tech safety variety, though few really stand out from the crowd aside from the CD player – which is becoming increasingly rare in any type of vehicle – and the absence of Android Auto (though Apple CarPlay is in attendance). Niceties include the ability to mix AM/FM/satellite stations in the “Favorites” buttons, though the tuning knob is a bit of a stretch.

Cabin storage space is notable. There’s a good-size glovebox, large console box, a huge floor tray under Aux/USB/12-volt plugs (made possible by a shifter moved to the dashboard), two console cupholders augmented by two more small ones that pop out from the dashboard, a left-side dash bin, and map pockets with cupholders in the doors.

A dashboard-mounted shifter opens up space for a large, floor-height cargo bin. Most controls are easy to use, though a few to the far right are a stretch for the driver to access.

Visibility is generally good, though less so to the right front due to a thick roof pillar. Third-row headrests fold to clear the view straight back, which is aided by a rearview camera. Some interior padding is thin on touchpoints like the door tops, and though there’s no console cover to use as an armrest, there are fold-down ones on the insides of the front seats.

Our tester exhibited a really nice ride, and the 3.5-liter V6/8-speed automatic combination provided good power and response. However, the brake pedal felt a bit squishy to one of our test drivers.

Although Toyota is usually near the top sales-wise of most segments in which it competes, the Honda Odyssey and Chrysler Pacifica are the biggest sellers among minivans, with the Dodge Grand Caravan, Ford Transit Connect, and Kia Sedona being far behind. But for those needing all-wheel drive and find midsize crossovers too confining, Toyota has a solution … actually, the solution.

Nothing beats a minivan for pure space, and if you want one with the traction advantages of the all-wheel drive offered by midsize crossovers, the Toyota Sienna is your only choice.

Check out our Minivan Best Buys