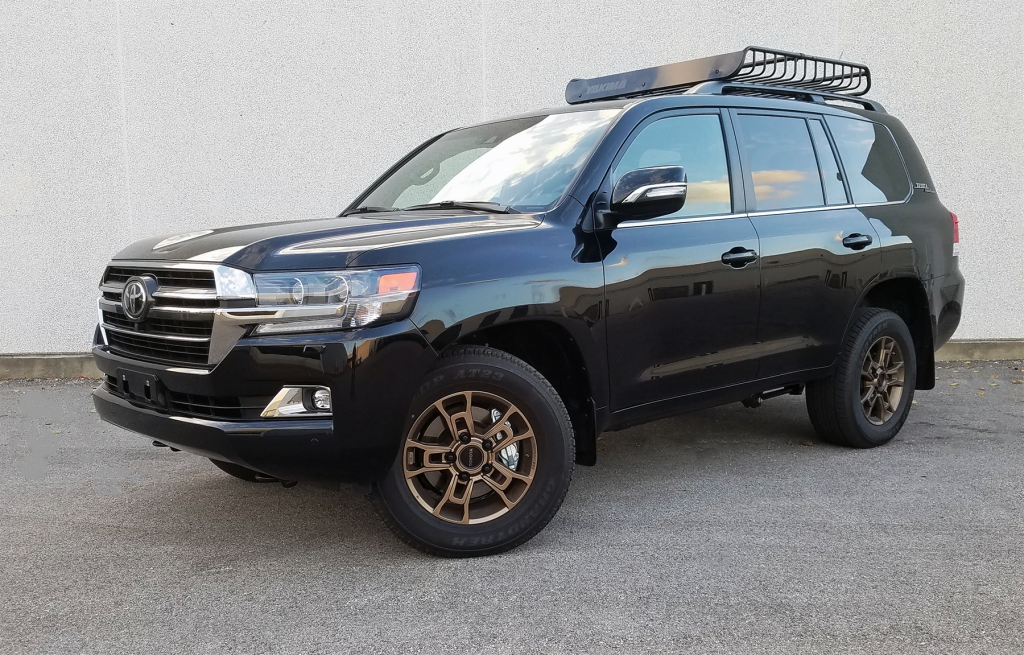 The not so good: Poor fuel economy, limited cabin space versus class competitors, on-road driving manners can be ponderous

Ah, the “Heritage Edition.” It’s a badge that automakers have been known to slap on a well-worn nameplate as a marketing device now and again. Sometimes it’s an anniversary present, a recognition of a significant number of years on the market. Other times, though, it is the figurative gold watch that a vehicle gets right before it is retired. 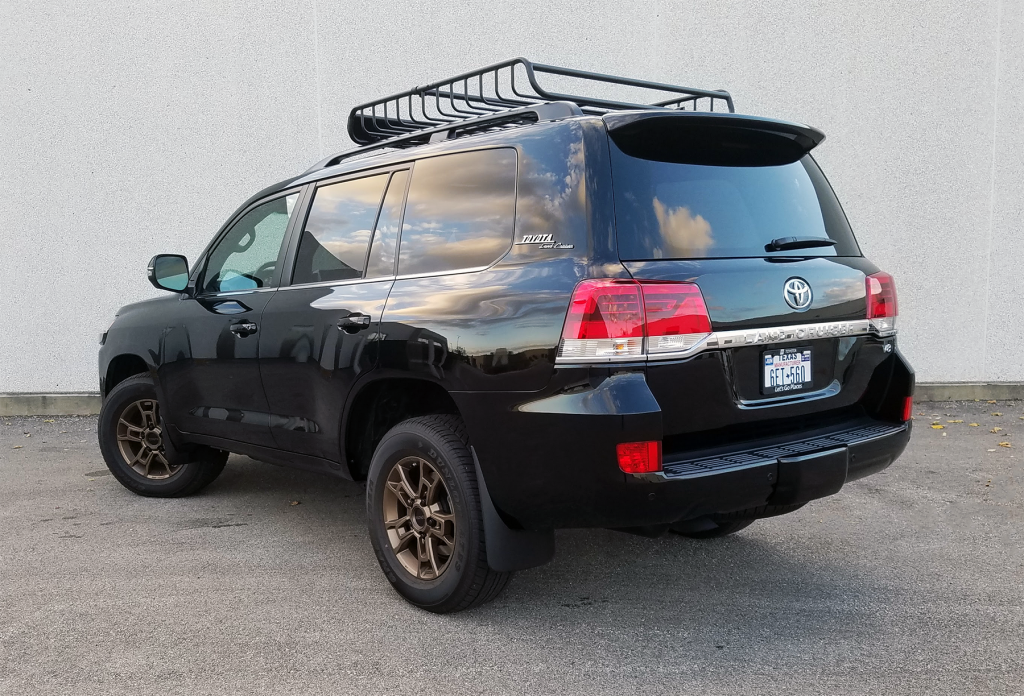 The Land Cruiser is the priciest–and oldest–vehicle that Toyota sells in the United States. It’s scheduled to be dropped (at least for a while) after the 2021 model year, but the similar Lexus LX 570 will remain available. Toyota has hinted that a new-generation Land Cruiser could be introduced on our shores at some point in the future.

The Toyota Land Cruiser Heritage Edition could be both. This version of the V8-powered body-on-frame premium SUV appeared for 2020 ostensibly to mark 60 years on the U.S. market (though the first sale of a Toyota vehicle named Land Cruiser took place in 1958). However, as the ’21 model year was starting, the Internet was buzzing with an “insider” rumor that the Cruiser would not return to the U.S. for 2022.

As it turns out, the rumor is true… Toyota recently confirmed that the Land Cruiser will be discontinued in America after the 2021 model year, though we wouldn’t be surprised to see a new-generation model appear at some point in the future. And for the time being, the current-generation Land Cruiser is still here in all its hardy and high-riding glory, and the Heritage Edition is still around to celebrate the vehicle’s history. 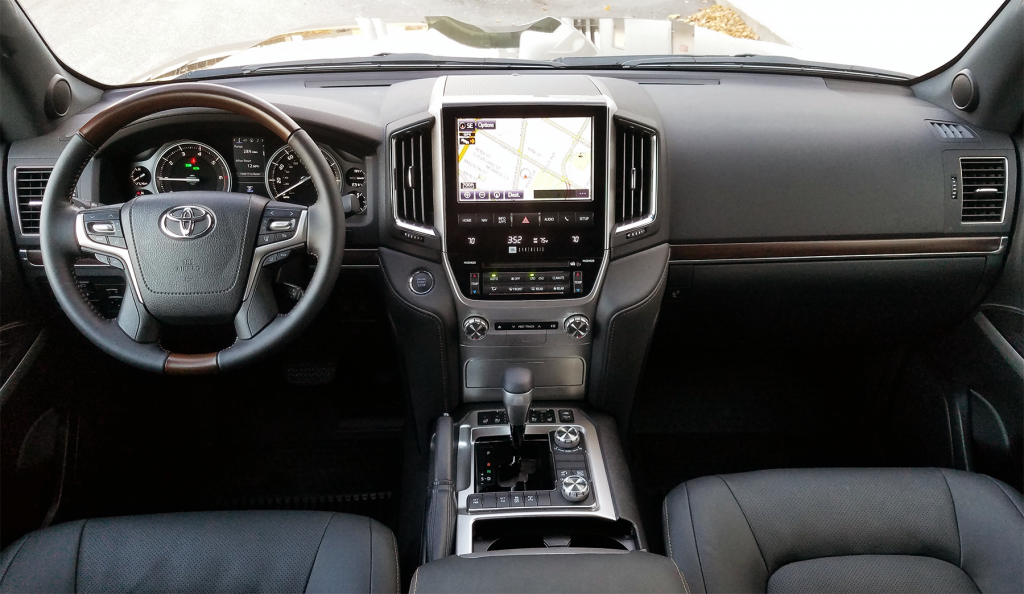 The Land Cruiser’s instrument panel is understated and much more traditional than newer-design rivals, which is a plus for some shoppers. The classy materials and excellent assembly quality also impress.

The 2021 Land Cruiser Heritage Edition costs $89,210 with delivery. The only option for it is a third-row seat—a three-passenger 50/50-split bench with halves that fold up against the sidewalls—that Consumer Guide’s test vehicle did not have. (A rear-seat entertainment system optional for the base model is not available to the Heritage.) The Heritage sells for $2330 more than the standard Land Cruiser, a fee that buys:

Curiously, the Heritage Edition does without a few things that are standard on the base job. Perhaps as a result of not automatically coming with a third-row seat, the Heritage lacks cup holders and LED lighting in the rearmost portion of the truck; the bi-level covered console box does not come with a drink cooler; and there are no running boards.

The off-road-setting controls are clustered around the shift lever in the center console, and a wireless charging pad is located behind a swing-down door in the center stack of the dashboard. The dual cupholders are on the shallow side.

The drivetrain starts with a 5.7-liter V8 that’s hooked to an 8-speed automatic transmission. The 4-wheel drive is full time with a 2-speed transfer case and locking center differential. Electronic drive settings keyed to the underlying terrain, crawl control, and trailer sway control are built in.

The 381-horsepower engine is strong and quiet, and its 401 lb-ft of torque help make it capable of an 8100-pound towing capacity. None of that comes cheaply, though. EPA gas-mileage estimates are just 13 mpg in the city, 17 on the highway, and 14 combined. This driver averaged 15.9 mpg from a 64-mile stint with 39 percent city-style driving, but another editor was alarmed to see instantaneous readings that slid below 11 mpg during a long highway drive into the teeth of high winds. This high-riding old-school SUV can seem a little tippy in corners or when braking aggressively. However, bump absorption on well-broken-in urban streets and expressways is pleasingly compliant.

Retro-look roof-pillar badges and an adventurous-looking Yakima roof rack are standard on the Heritage Edition.

Minus the running boards, step-in posed a bit of a challenge. Once in, however, both rows of the test vehicle were bestowed with comfortable seating and good headroom and legroom. Soft-touch materials were in evidence on much of the dashboard and door panels. Audio inputs were easy to make on the screen, and benefitted from external volume and tuning knobs. Climate controls were more complicated, with repetitive-push temperature settings. Fan speed must be set through the touchscreen.

In addition to the console box previously mentioned, personal-item storage is handled by a large 2-tiered glove box, door pockets with bottle holders, a deep covered bin with power point at the front of the console, and net pouches on the backs of the front seats. Twin covered cup holders are in the console and two more pop out of the pull-down storage armrest in the center of the second-row seats. The Land Cruiser tailgate is in two pieces: a transom-like liftgate and a pull-down tailgate. One benefit to not having the third-row seat is a gain in cargo space because even when folded the seat sections intrude somewhat on the load area. The 60/40 second-row seats rest flat when folded, but leave gaps in the floor.

Heritage Edition Land Cruisers wear a slightly different grille design than other models. All Land Cruisers have a split-gate design–below the chrome trim is a bottom-hinged tailgate, and above is a top-hinged liftgate.

With its size, fuel consumption, and interior-space limitations, the Land Cruiser really is the kind of nostalgia piece that the Heritage Edition winks at. The Land Cruiser is riding off into the sunset, but Toyota’s luxury brand Lexus makes the LX 570 that’s basically a plusher—and not terribly more expensive—variant of the same vehicle. The company must feel that if you’re going to spend Lexus money then you ought to actually own a Lexus. 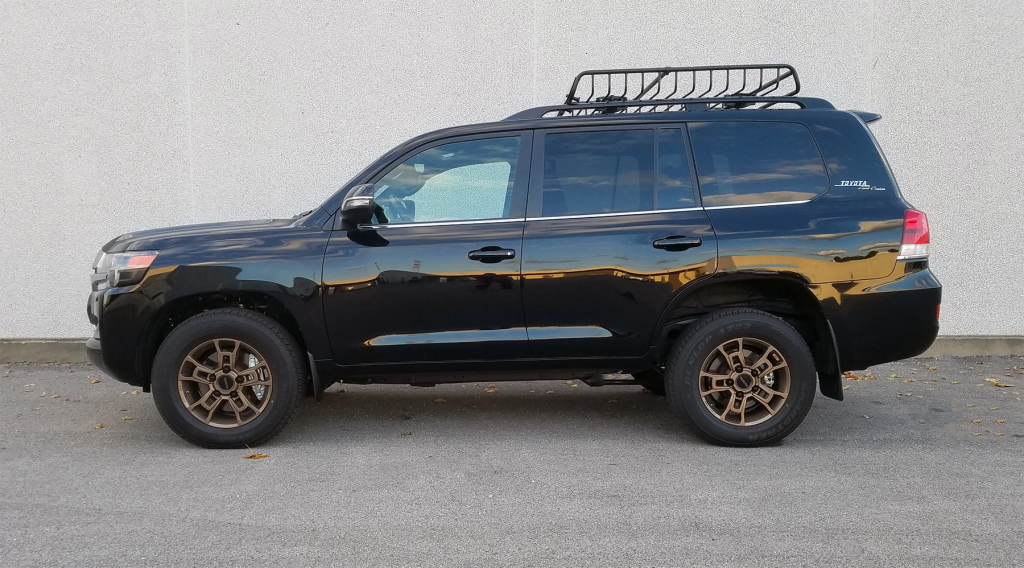 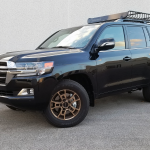 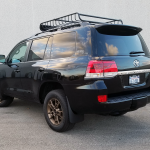 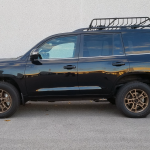 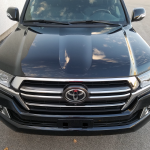 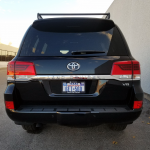 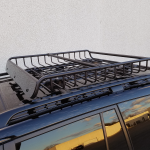 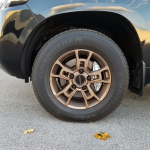 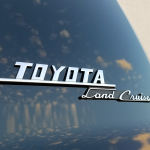 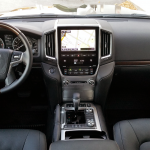 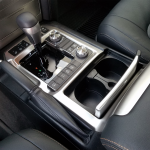 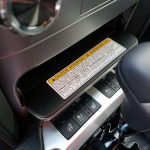 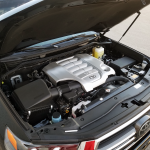