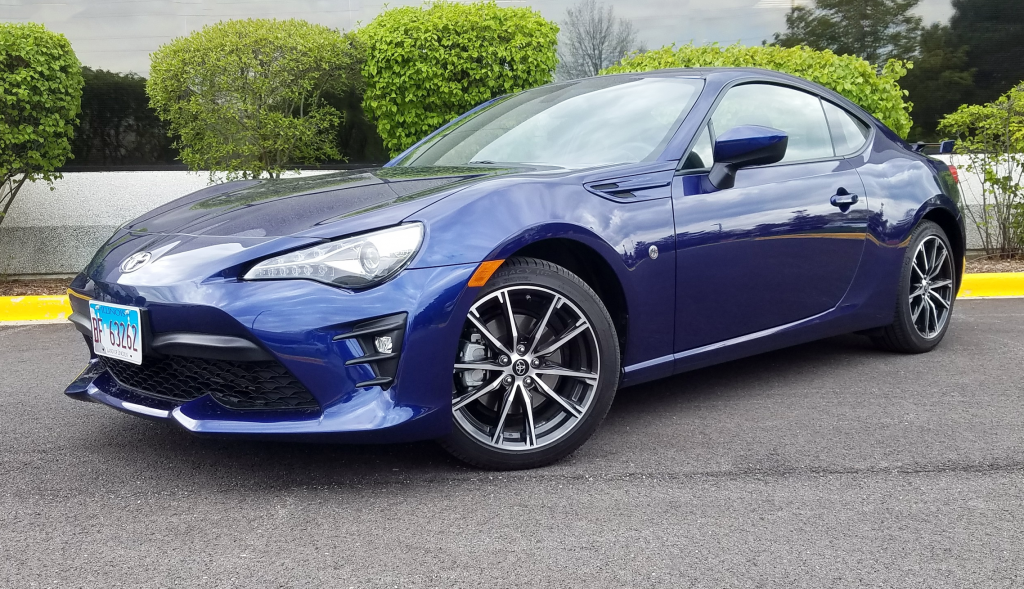 The not so good: Limited cabin space and cargo room, low-set seats are hard to get in and out of for some occupants

Ever since it came on the market in 2013—as the Scion FR-S—what’s now known as the Toyota 86 has gotten by on the premise that it shouldn’t take a lot of money to get a fast and agile car. The asterisk hanging over that notion is that the way to keep the price down is to go easy on the luxuries and conveniences, and limit options. 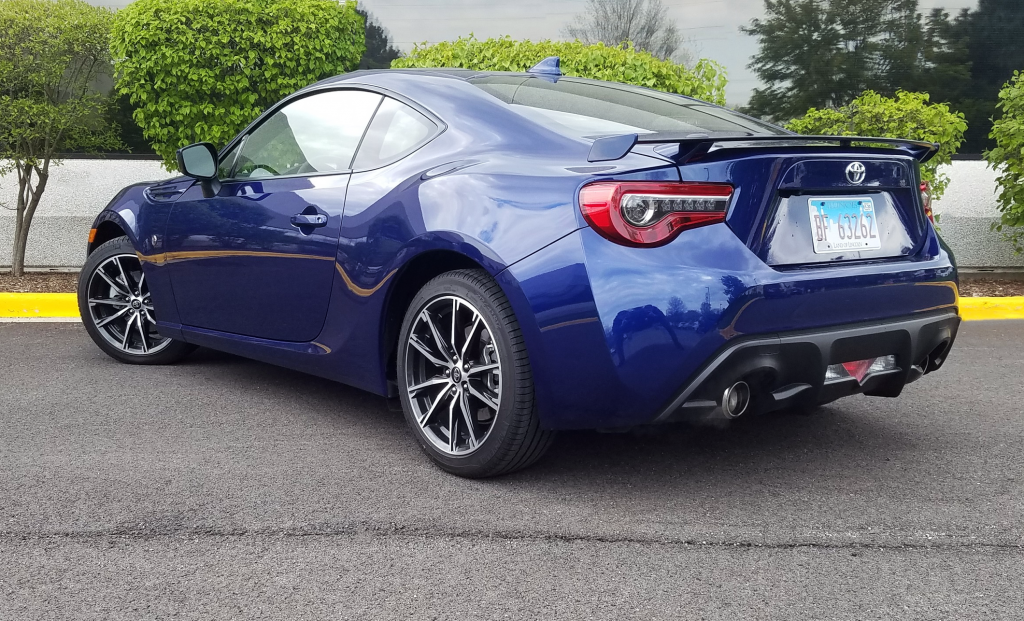 The diminutive rear-wheel-drive 2+2 sport coupe initially held the line by coming in a single trim level with a basic interior, and simple audio and climate units. An automatic transmission and a navigation system were the only things on which a buyer could spend extra money. It wasn’t until 2018 that Toyota let the 86 stretch out a little with a couple better-outfitted models. The GT and GT Black added things like leather-trimmed seats—heated in front—dual-zone automatic climate controls, keyless entry and starting, and fog lights. 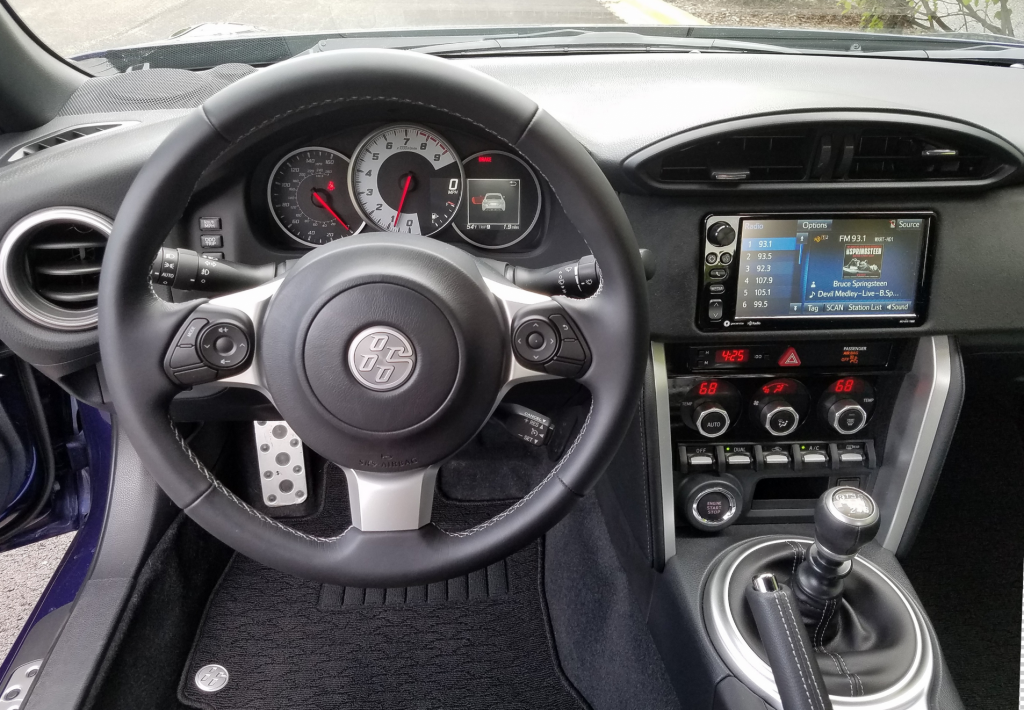 The 86 GT’s cockpit has a sporty design and a few upscale touches (such as a leather-wrapped steering wheel and lots of contrast stitching) that help make its low-buck plastic elements a bit more palatable.

For 2019, the GT Black is gone but there is a costlier TRD Special Edition with 18-inch wheels, bigger brakes, performance exhaust, and aerodynamic tweaks. However, the GT carries on as it was, even selling for the same starting price of $29,505 with delivery that it had in ’18. Indeed, that was the full price of the Oceanic (metallic dark blue) manual-transmission copy that Consumer Guide tested.

The FR-S/86 was created jointly with Subaru, which sells a version of the car as the BRZ. That explains the unconventional—for a Toyota—engine: an opposed-cylinder “boxer” four of 2.0 liters. When paired with the 6-speed stickshift, the engine is rated at 205 horsepower and 156 lb-ft of torque (versus 200 and 151, respectively, with the 6-speed automatic). Overall those aren’t eye-bugging numbers, but in a car that weighs just shy of 2800 pounds they translate into crisp off-the-line getaway and no-sweat highway cruising. That said, with torque peaking between 6400 and 6600 rpm, good standing-start launches are achieved by building up some revs before getting off the clutch. The clutch pedal is a little firm, but it’s not wearying, even in stop-and-go traffic. Shifter action is pretty precise and throws aren’t especially long.

EPA fuel-mileage estimates for the manual-shift 86 are posted at 21 mpg city/28 highway/24 combined. This tester averaged 26.33 mpg after driving 178.2 miles, a stint that included 62 percent city-style driving. Note that Toyota recommends the use of premium-grade gas.

Nicely weighted steering feels precise and responsive, and helps make the 86 highly maneuverable. The taut suspension, with MacPherson struts in front and double wishbones in back, corners with almost no lean. Ride is, as should be expected, quite firm, so count on a good jolt over bumpy or broken pavement. At least nosedive is well controlled when the quick and powerful ventilated disc brakes do their work. Standard performance features include a Torsen limited-slip differential and a more permissive “track mode” for the vehicle-stability controls.

The GT is priced $2130 higher than base model, the one to which it is closest in terms of equipment and cost. The difference not only shows up in the items previously mentioned but also in items like heated exterior mirrors, an aerodynamic underbody panel, and a matte-black wing mounted on the decklid. Instruments are augmented by a 4.2-inch thin-film-transistor vehicle-information display that includes performance-related displays. The interior sports silver contrast stitching on the seats, leather-wrapped steering wheel, shifter boot, and parking brake, and additional sections of suedelike “Granlux” material on the dashboard.

The 86 is powered by a horizontally opposed 2.0-liter 4-cylinder that puts out 205 horsepower and 156 pound-feet of torque when paired with the 6-speed manual transmission. Seventeen-inch alloy wheels are standard equipment.

The 86 is built low to the ground, so passengers will find that a bit of a drop is necessary to get into one of the supportive and grippy seats. (Granlux sections run through the middle of the seats.) There’s decent, if not expansive, room in front. A nice touch is padding on the console and door kick panels at points where passengers’ knees are almost certain to make contact in the cozy cabin. The back seat consists of two deep bowls with virtually no legroom, and minimal headroom. Drivers have good sightlines to the front, sides, and straight back, but over-the-shoulder vision suffers from the sharp slope of the roof.

A decklid-mounted spoiler is among the GT’s upgrades over the base-model 86. As expected in a diminutive 2+2 sporty coupe, trunk space is rather stingy–there’s a mere 6.9 cubic feet of cargo volume. That’s better than the Mazda MX-5 Miata’s 4.59 cubic feet, however, and the 86’s rear seat backs fold down to free up more space.

Cabin storage is minimal. The glove box is small and there is no console box—just an open bin with a dual cup holder that can be adjusted fore and aft within the space. A slot for a digital device to rest next to auxiliary/USB plug is in the dash below the climate controls. Door pockets are just big enough for bottle holders. Trunk room is sparse under the rear hatch, but the undivided rear seat back folds completely flush with the trunk floor for extended cargo space. At least the trunklid opens up fully vertically to ease loading.

The 86 isn’t the most technologically savvy small car on the market. It isn’t the most powerful little sportster either. However, for shoppers who want something fast, fun, and affordable, there’s little else like it. The GT gives them a little more to enjoy and still doesn’t crack $30,000 to do it. 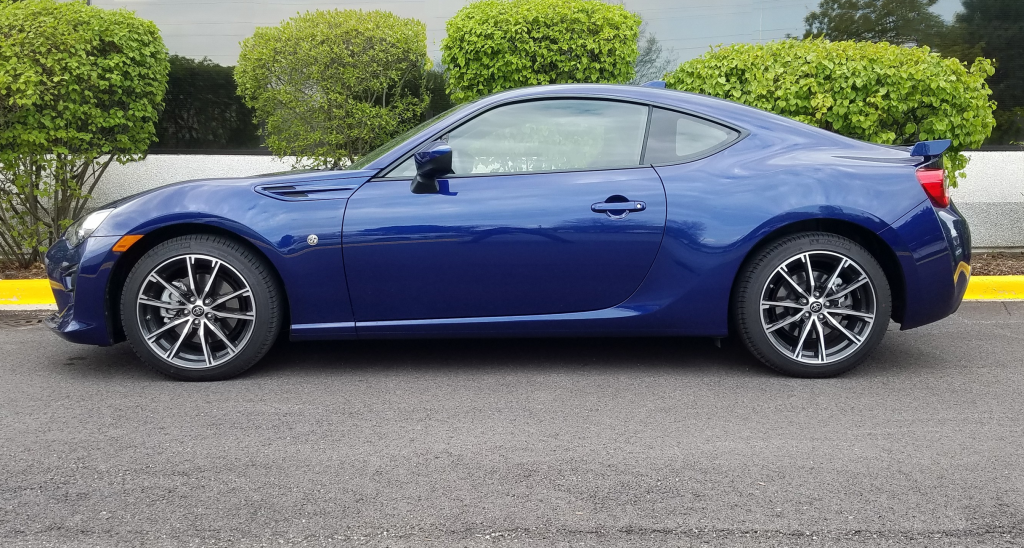 It’s not without its compromises in practicality and comfort, but the Toyota 86 mostly succeeds in its mission to offer true sports-car spirit at commuter-car prices.