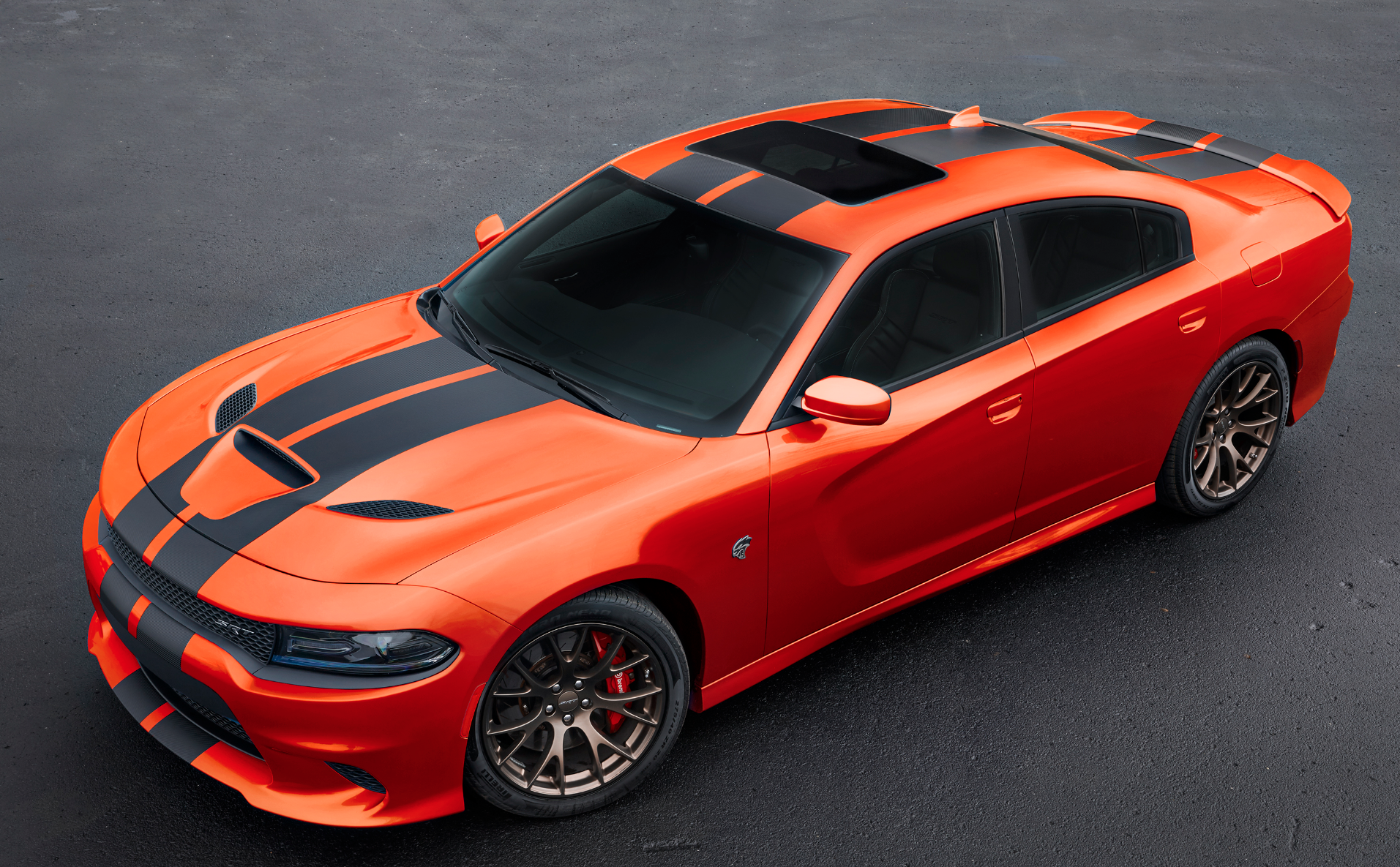 Dodge focuses on performance and passengers for ’17, with the Charger SRT Hellcat–shown above–managing both.

With the demise last year of the midsize Avenger and this year of the compact Dart, Dodge has few mainstream cars in its lineup for 2017. What it does have, however, are some fire-breathing performance cars, a pair of 3-row SUVs, and the most popular minivan of all time.

Dodge’s sporty coupe offers Apple CarPlay and Android Auto functionality for 2017, while the fire-breathing Hellcat gets a little more recognition. Dodge humbly calls the 707-horsepower Hellcat the “quickest, fastest, and most powerful muscle car ever,” and that’s likely not hyperbole: the NHRA (National Hot Rod Association) certifies a 0-60-mph time in the low 3-second range, an 11.2-second ¼-mile on street tires (10.8 on drag radials), and Dodge says it’ll hit 199 mph. For 2017, a duplicate Hellcat badge has been added to the decklid spoiler (with the one on the front fender – which may be below your line of sight – remaining), giving those with ill stoplight intent fair warning. The Hellcat also gets lighter 20-inch wheels that save four pounds per corner, along with a new SRT-logo steering wheel with red LED illumination. (485-horsepower SRT 392s get one with white illumination.) 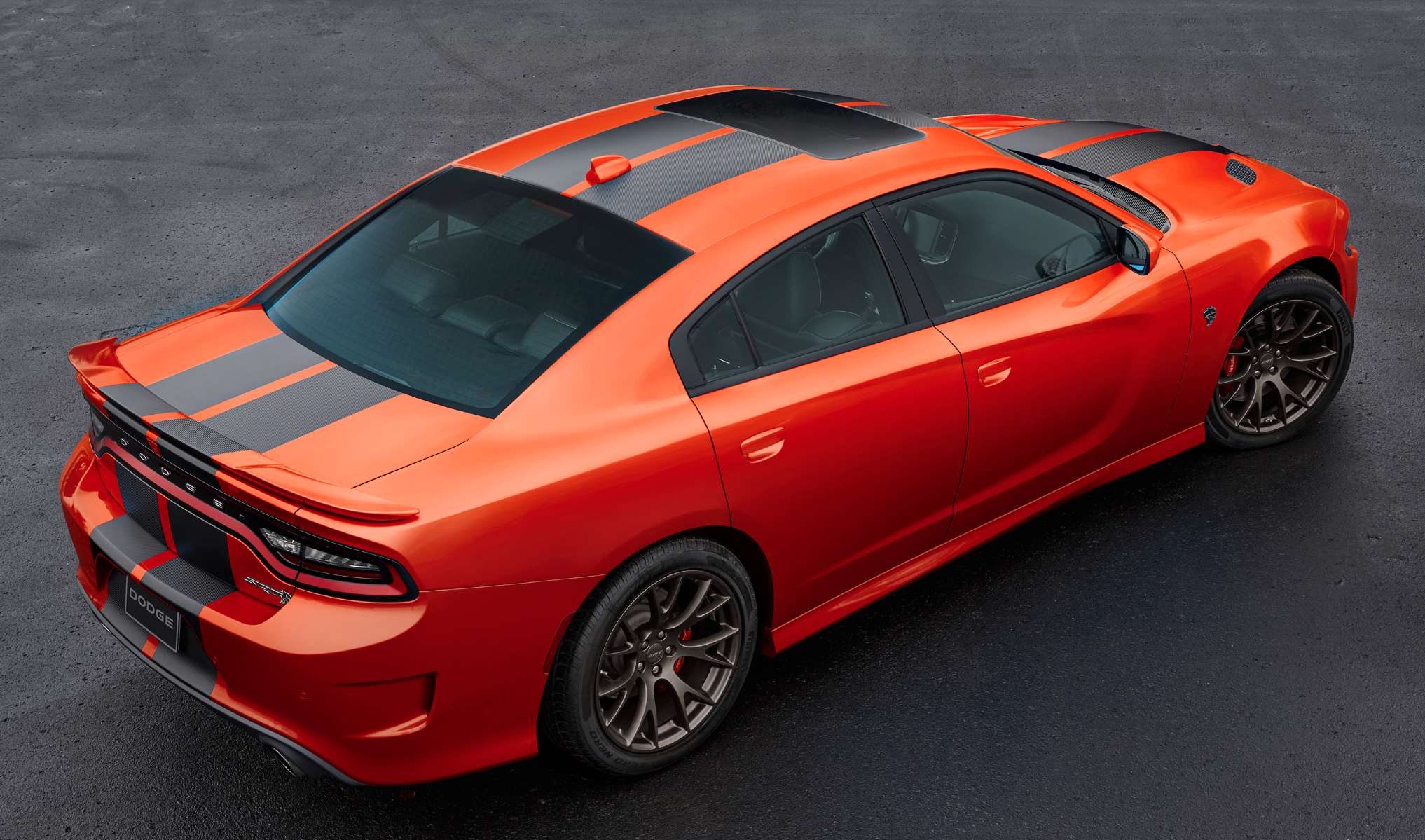 Changes for 2017 mirror those made to the Challenger, though the added rear badge on the Hellcat rides on the base of the trunklid rather than the rear spoiler, and its promotion is as “the quickest, fastest, and most powerful sedan in the world,” with a claimed 204-mph top speed.

Dodge’s full-size SUV carries on with no major changes but a host of small ones. The volume model is now badged “GT” rather than “Limited,” and includes a sporty, monochromatic exterior treatment. 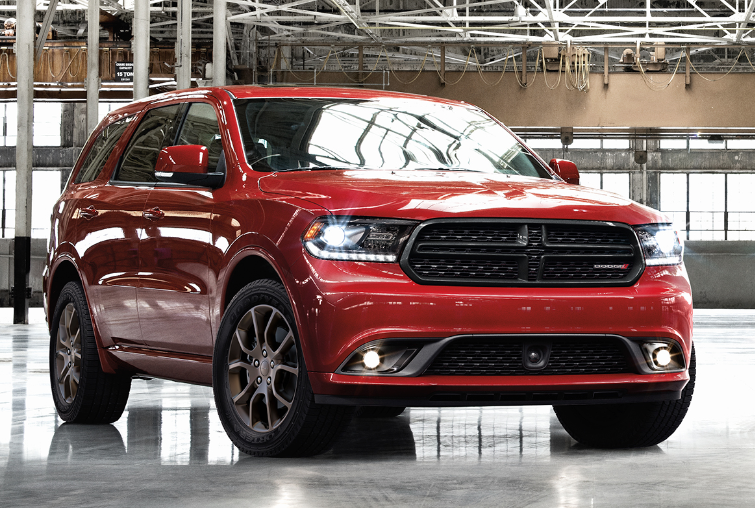 Newly available is a rearview camera that can display its image on the dashboard screen while the vehicle is moving forward, something Dodge says might be of value when towing. (We can think of a couple other times as well, such as when rear passengers or cargo block the view out the regular rearview mirror.) Also, the base SXT now comes standard with two seating rows rather than three, though the third row is optional. 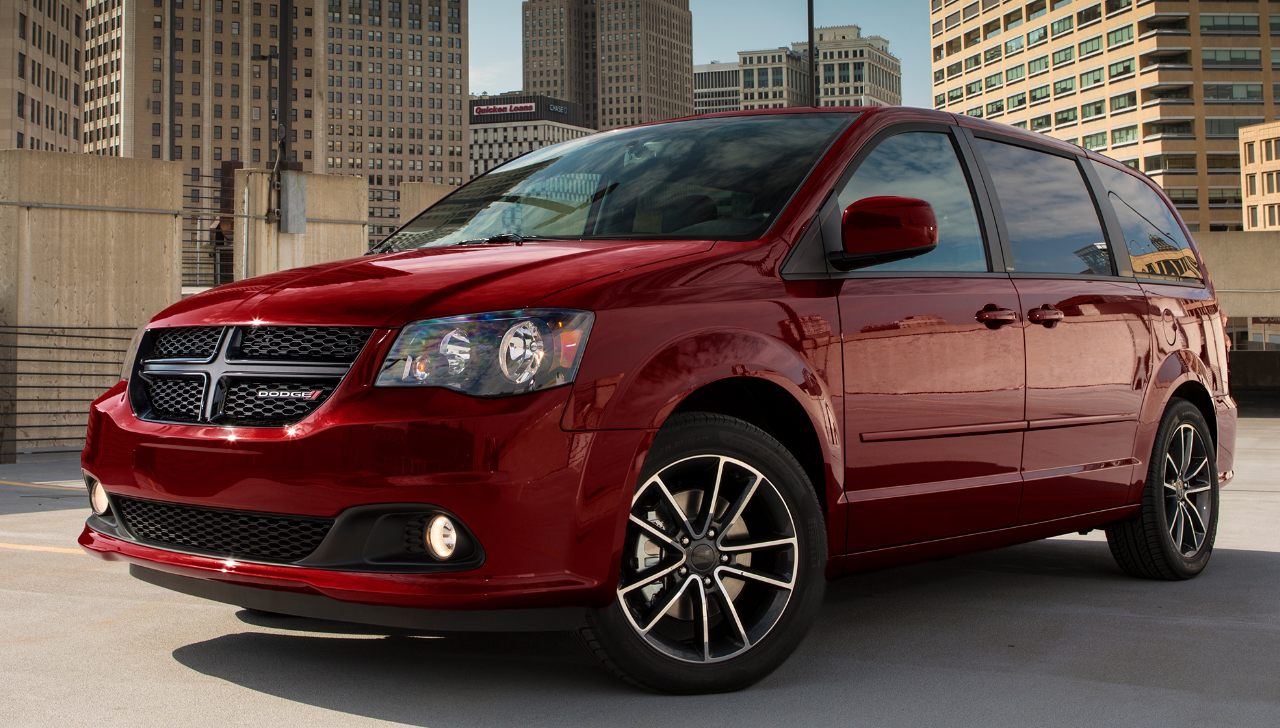 Early word was that the Grand Caravan might be dropped when the new Chrysler Pacifica debuted, but the “original” minivan soldiers on for 2017. Changes include a trim-level cut from six to four – SE, SE Plus, SXT, and GT – and Dodge says the base price of the SE has been cut by $1100 to $23,995. 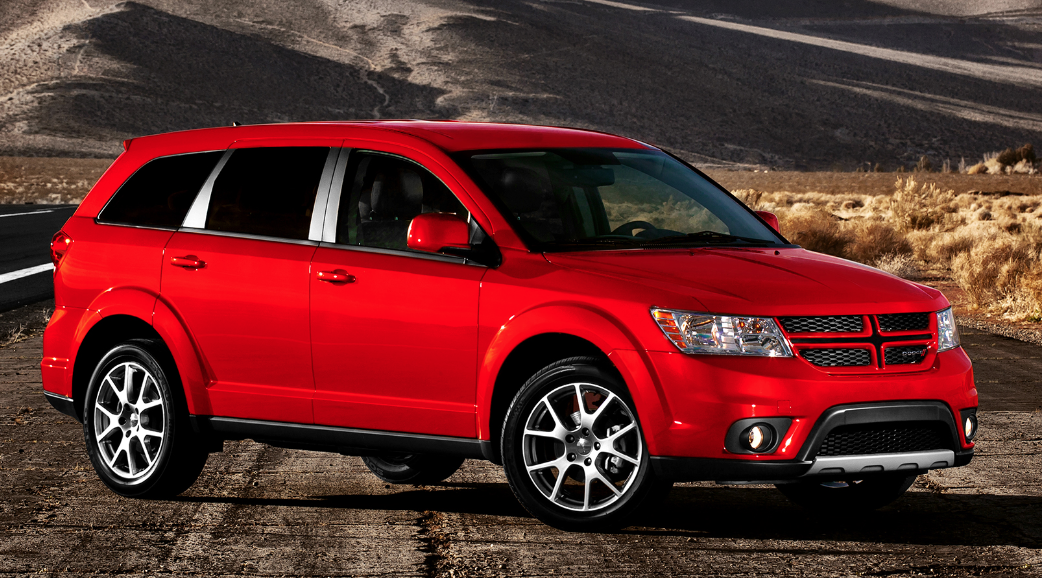 Aside from two new colors (Blood Orange and Bruiser Grey), the only change of note to Dodge’s midsize SUV is that the top-line model swaps its R/T moniker for the GT name.

Get one before they’re not. Dodge’s iconic Viper signs off after this model year – its 25th – but not before offering a host of special-edition variants, each serialized. There’s the Viper 1:28 Edition ACR (“ACR” stands for “American Club Racer,” and “1:28” designates its production-car lap record around Laguna Seca Raceway); the GTS-R Commemorative Edition (classic white with blue stripes and other special touches); Snakeskin Edition GTC (Snakeskin Green paint with snakeskin-patterned stripes); VoooDoo II Edition ACR (modeled after the original VoooDoo of 2010, with black exterior and grey stripes with red outlines); and the Dodge Dealer Edition ACR (only offered through Tomball Dodge in Tomball, Texas and Roanoke Dodge of Roanoke, IL–Dodge’s highest-volume Viper dealers). Dodge says that with nine different models, 13 standard paint colors and 16,000 custom ones, 48,000 unique stripe combinations, eight interior colors, and various options, there are more than 50 million build configurations, and that no two customers will be able to order the same configuration in a given model year.