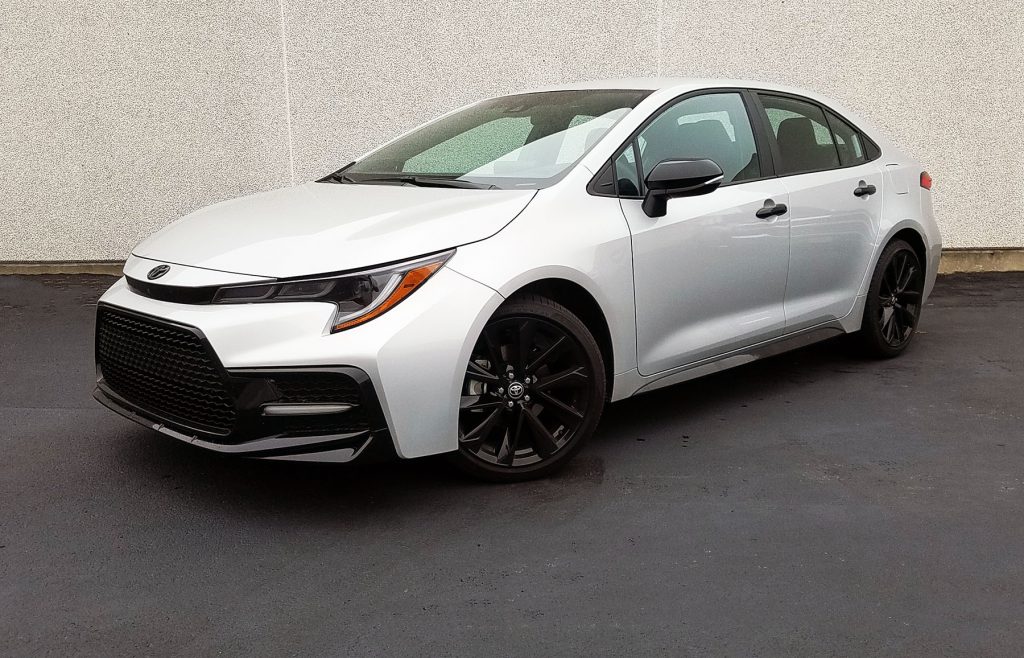 The not so good: Some so-so interior materials; engine can be a bit noisy

The Toyota Corolla lineup has expanded quite a bit since an all-new hatchback model was launched for the 2019 model year. A redesigned sedan model (based on the new hatchback design) followed for 2020, as did a fuel-sipping Hybrid version of the sedan. For 2021, Android Auto smartphone connectivity and rear-seat side airbags were added as standard features, and a couple of specially trimmed models—most notably a sporty Apex Edition version of the sedan with a unique body kit and a stiff-riding sport-tuned suspension—were introduced. The Corolla is carried over with no significant changes for 2022.

The Corolla’s Nightshade package, seen on our test-vehicle here, was added midway through the 2020 model year. As its name implies, the Nightshade is a blackout-trim appearance model; it adds black exterior trim and unique black-painted 18-inch alloy wheels, and it’s available on both the Corolla sedan and Corolla Hatchback body styles.

The Nightshade is based on the Corolla’s SE trim level, which is a mid-line offering on the sedan and the base trim of the slightly more upscale hatchback version. It’s worth noting that the SE is the most budget-friendly way to get the Corolla’s spicier engine option on the sedan—it comes standard with a 169-hp 2.0-liter 4-cylinder in place of the base 139-hp 1.8-liter four. (The Corolla Hatchback comes solely with the 2.0 engine.) The SE is also the only way to get a Corolla sedan with a manual transmission—a 6-speed manual instead of the CVT automatic transmission on other Corollas—but if you opt for the Nightshade, you’re stuck with the CVT.

Not that that’s a bad thing—the Corolla’s CVT is a unique design that uses a physical gear set for first gear before switching to a traditional CVT-style belt-and-pulley arrangement. This enables peppier acceleration from a stop than most CVT-equipped vehicles, along with the fuel-economy benefits of a CVT. Steering-wheel-mounted paddle shifters are standard, if you’d like a bit more manual control of the transmission.

The CVT-equipped Corollas we’ve driven have indeed done better in the fuel-economy department than the manual-transmission XSE Hatchback we tested. That Hatchback returned 28.1 mpg in a test that consisted of 60-percent city driving, whereas this Nightshade averaged 33.8 mpg with a shade less city driving. We did even better with a CVT-equipped XSE sedan, averaging 36.5 mpg in 60-percent highway driving.

You can check out our test-drive reviews of that Corolla XSE sedan and a Corolla SE Apex Edition for more info. If you’re looking for a sporty driving experience in your affordable compact car, the Corolla SE and XSE don’t offer the same level of power and performance as similarly priced class rivals such as the Honda Civic Si, Hyundai Elantra N-Line, or Kia Forte GT. Still, these Corollas are practical, economical, and more fun to drive than the Corolla’s sensible-shoes reputation might imply. 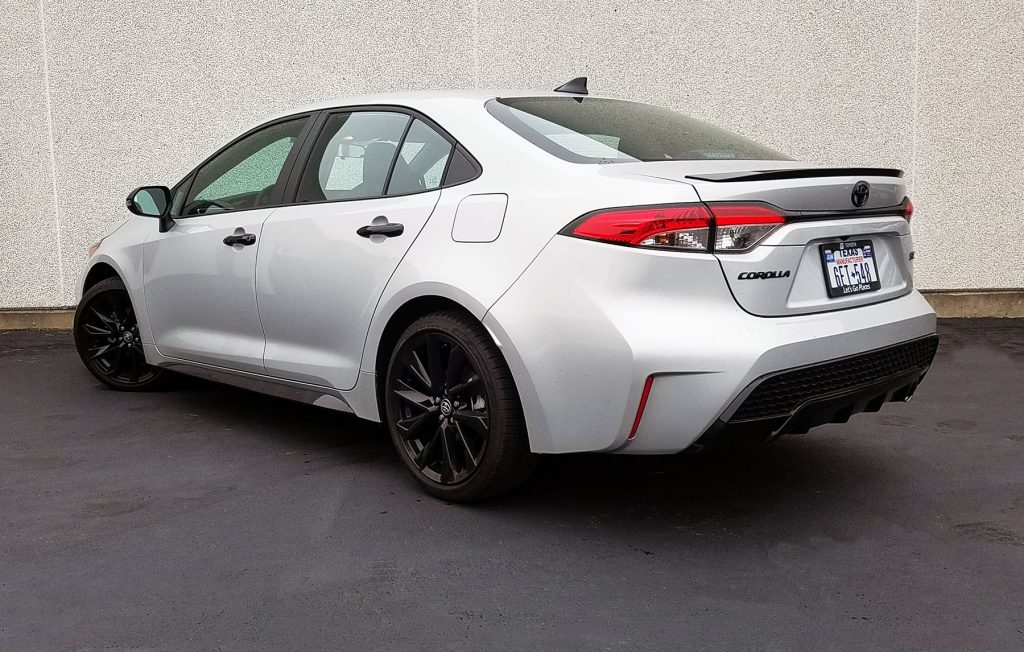 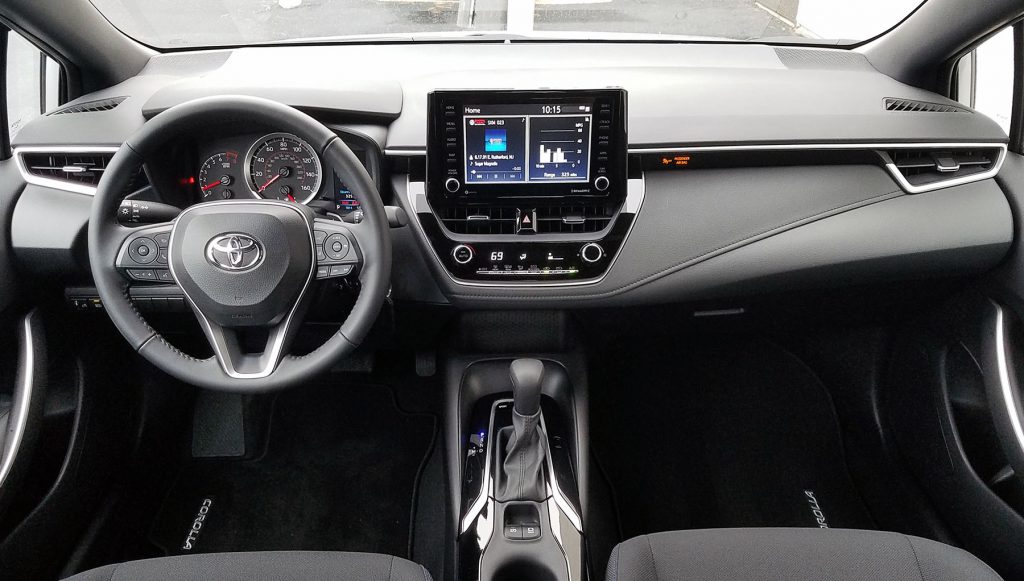 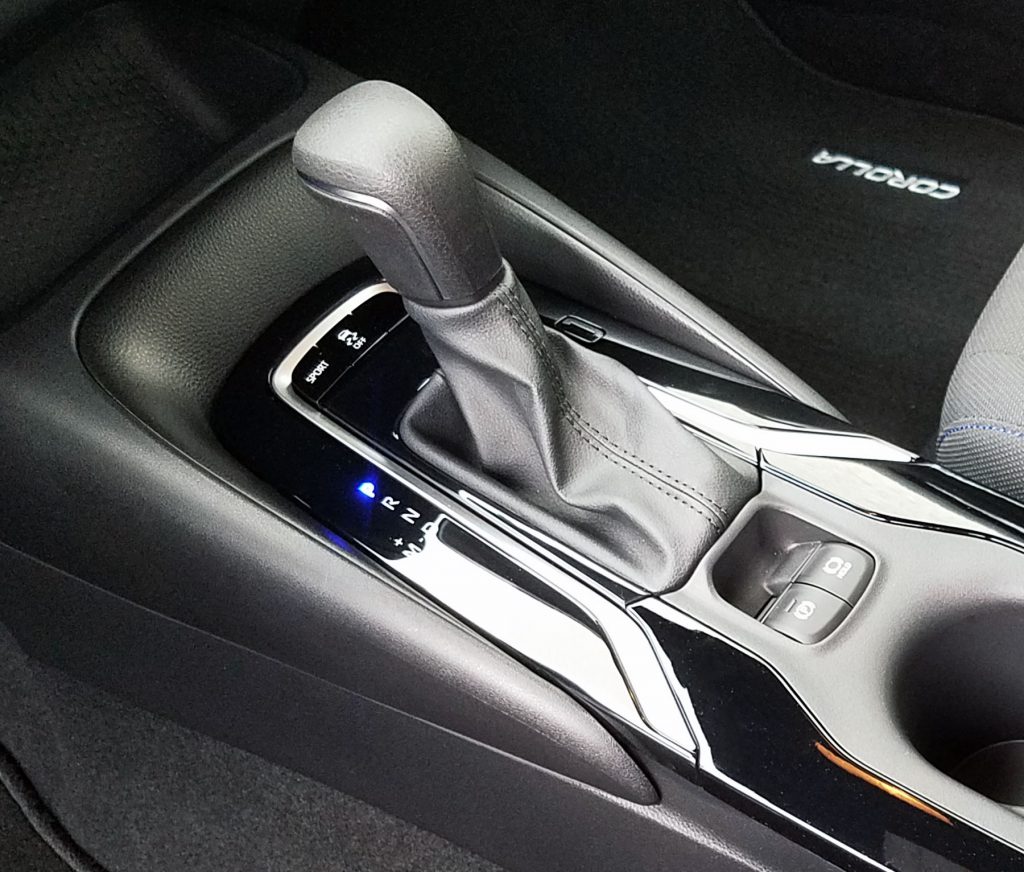 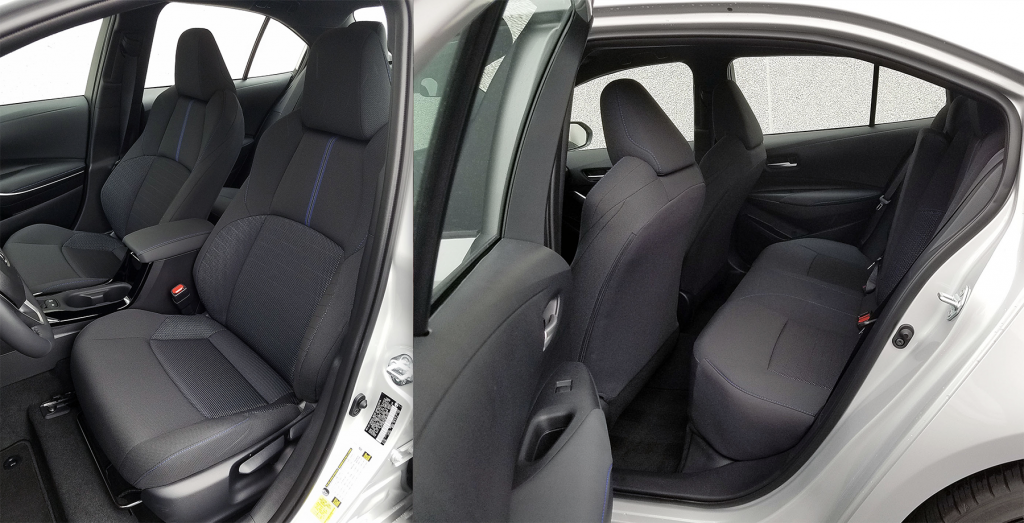 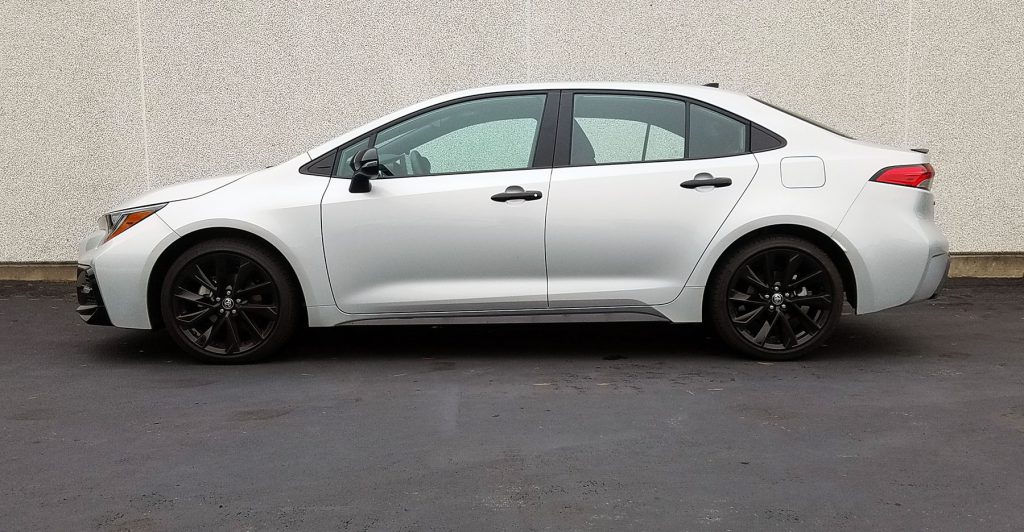 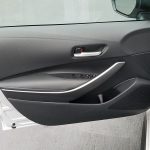 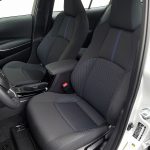 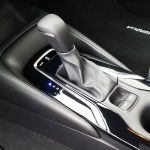 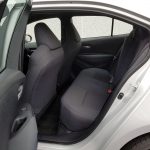 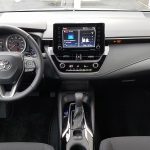 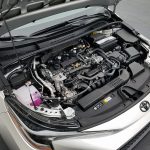 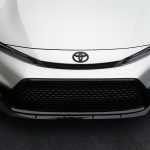 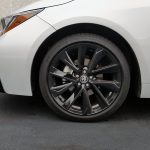 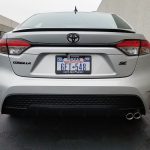 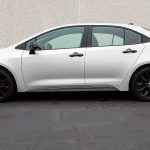 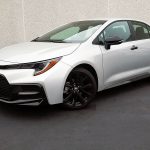 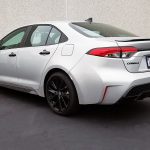