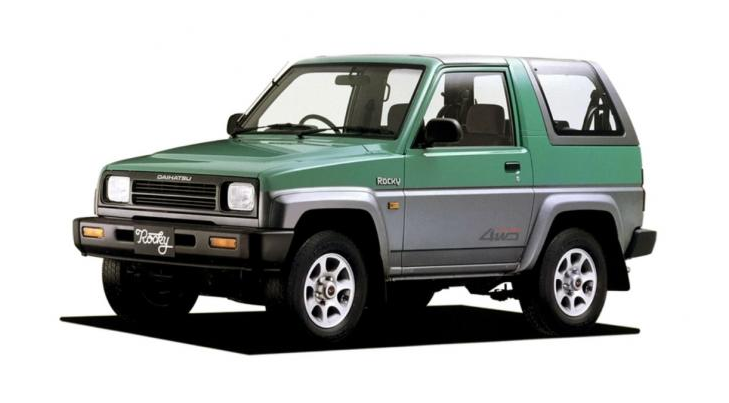 It’s entirely possible you have no memory of the TV show “Uncle Buck.” That’s probably fine, as by most accounts, the show was terrible, and unworthy to bear the name of the classic John Candy feature film. Not surprisingly, the “Buck” television show failed to last a complete season.

Of course, remembering failed TV shows is one thing, and remembering decades-old vehicles from the fringe of the automotive mainstream is quite another. Let’s look back to 1990—the same year “Uncle Buck” appeared on CBS.

Here, we’ve collected seven vehicles that have probably slipped your mind. Though unlike the “Uncle Buck” TV series, each of these rides is quite interesting, if not actually a vehicle you might want to own.

If for some crazy reason you recall having spent some time with one or more of these machines, please tell us about it. We don’t want to think we’re the only ones who remember having seen them on the road.

Perhaps it was this sedan’s minimalist model name that failed to register with consumers, but Audi’s short-lived precursor to the A8 is one of the least-remembered vehicles of the past 40 or so years.

Available only in Quattro AWD form and powered exclusively by a 240-horsepower, 3.6-liter V8, the Audi V8 shared its basic architecture with Audi’s 100/200 sedans but enjoyed a 2-inch-longer wheelbase.

The Audi V8 was only available to American shoppers between 1989 and 1993. Sales over that four-year period came to just under 4000. It’s hard to say whether the car’s relative anonymity or its then-staggering $48,000 base price kept shoppers at bay, but Audi V8 Quattro certainly qualifies for a place in the Automotive Obscurity Hall of Fame. 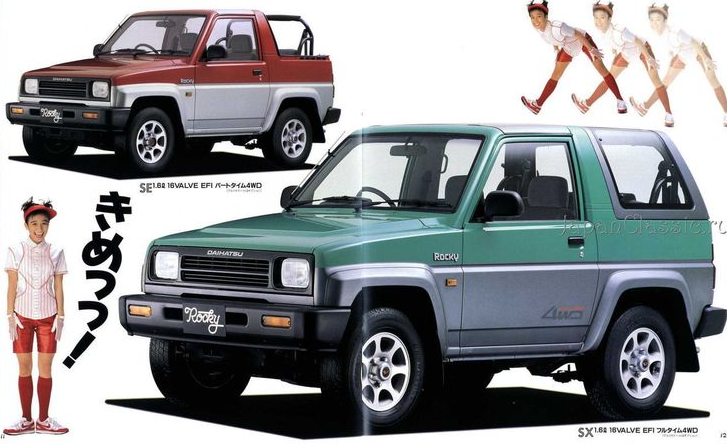 This small Japanese SUV may be better remembered for its role in a legal scuffle between Daihatsu and movie studio MGM/UA than for being a spunky and rather likable little trucklet.

Apparently MGM objected to anything using the “Rocky” moniker, even if it had nothing to do with Sylvester Stallone. Daihatsu ultimately won its copyright wrangle with the studio, but didn’t win the battle for American shoppers.

Though close in size and concept to the Suzuki Samurai/Geo Tracker duo, the Rocky came nowhere near those trucks in total sales. During the Rocky’s three-year run, fewer than 7500 of the wee utes found homes. The Rocky–and its showroom companion, the compact Charade—disappeared after 1992, when Daihatsu had a change of heart regarding the brand’s U.S. presence. 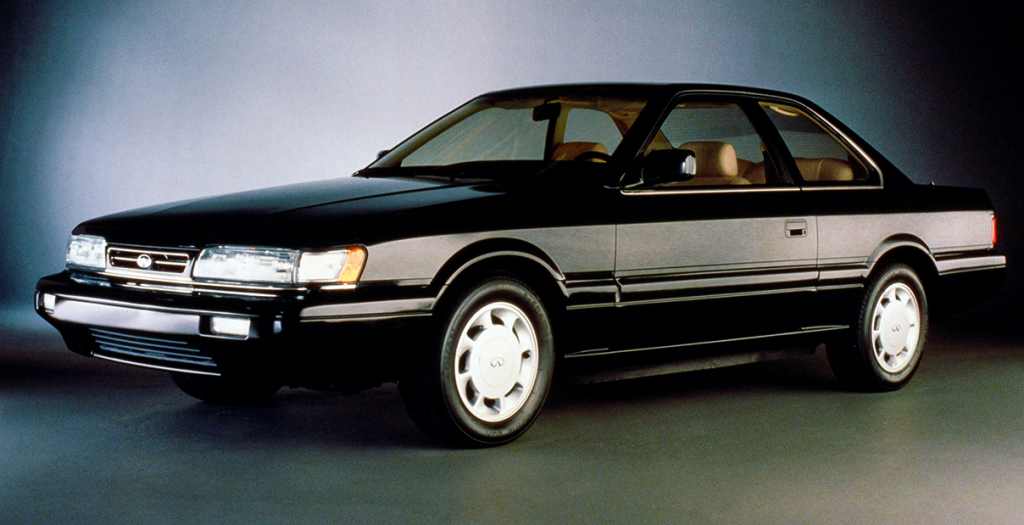 Most folks even peripherally interested in things automotive remember the Infiniti Q45 and Lexus LS 400. These big Japanese luxury sedans (from the nascent luxury arms of Nissan and Toyota, respectively) would go on to forever change the way we think about premium automobiles. Fewer folks, however, remember the Camry-based ES 250, the midsize companion to the LS400. The original ES seemed to exist only to give the popular LS some showroom company.

More obscure than the Lexus ES was the Infiniti M30. A compact coupe and convertible based on the Japanese-market Nissan Leopard, the M30 would register about 5000 total sales over the car’s brief 1990-1992 lifespan.

Convertibles, which reportedly accounted for half of all M30s sold, began life as Japanese-produced coupes, which were modified in the U.S. by the American Sunroof Corporation (ASC). Today, the M30 enjoys something of a cult following, with good-condition convertibles trading for more than $10,000.

Americans have known a number of Mercury Capri models over the years. The German-built, rear-drive Capri of 1970-1977 was an enthusiast favorite, while the 1979-1986 Capri was little more than a Ford Mustang clone. To add to the confusion, Lincoln marketed a Capri model for much of the Fifties.

Yet, it is the least-memorable Capri that may also be the most interesting. Available beginning in 1990 as a 1991 model, the 3rd-generation Capri was actually a Mazda-designed convertible built by Ford in Australia.

Available through the 1994 model year, the Capri gave Mercury dealers a small, sporty car to sell alongside what was otherwise a rather stodgy lineup. It is interesting to note that while Mazda was selling the rear-drive, two-seat Miata through its own U.S. dealerships, it was helping Ford build this front-drive, four-seat droptop. Especially rare is the hot XR2 model, which boasted a turbocharged 1.6-liter engine and unique trim elements. 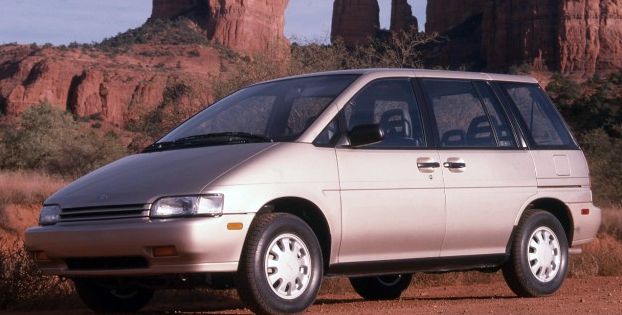 If you knew that the new family across the street only planned to live in the neighborhood for a few weeks, would you bother to walk over and say hello? If not, you may understand why no one seems to remember this quirky Nissan mini-minivan.

Offered in the U.S. for just the 1990 model year, the Axxess failed to appeal to U.S. shoppers, despite its eminently practical design and reasonable $14,000 base price.

About 18,000 Americans ponied up for an Axxess before Nissan pulled the plug. Sold in other markets (including Japan) as the Nissan Prairie, this small family hauler would soldier on through the 2004 model year. 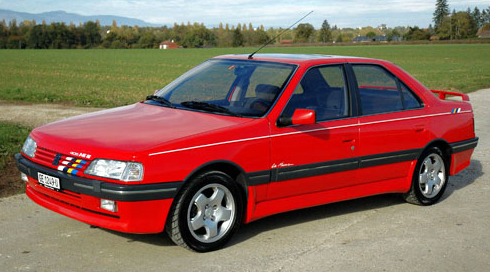 After years of selling Americans the same rear-drive 505, Peugeot opted to spice up its U.S-market showrooms with the sporty front-drive 405. The Pininfarina-designed compact arrived in sedan form for 1989, and in wagon guise for 1990. Sadly, sales of the sedan had gone so poorly that only wagons were imported for 1990, while the glut of 1989 sedans was sold down.

The 405 to know about was the high-performance Mi 16, a Volkswagen Jetta GLI challenger that sported a 150-horsepower 1.9-liter engine and upgraded wheels, tires, suspension, and trim.

Sadly, the 405 was a sales dog, racking up fewer than 500 sales over its three-year U.S. lifespan. The 405’s third model year was cut short by Peugeot’s strategic retreat from the American market in 1991.

The Sterling 827 is one of those cars that seems more like the product of a strange dream than an actual car company. Sold in the U.S. by Austin Rover Cars of North America (ARCONA), the 827 was the child of a joint venture between the Rover Group and Honda.

Built in England—and sold there as the Rover 800—the Sterling 827 shared its basic architecture and drivetrain with the U.S. market Acura Legend, but featured unique styling and British electronics.

For 1990, the 827 was available as a sedan in S and SL trim, and as a hatchback in racy SLi guise. Sterling prices closely paralleled those of the Acura Legend, with topline SLi models running about $31,000.

Unfortunately, Sterling 827s were nowhere near as reliable as their Acura cousins. The cars were plagued by fit and finish issues and electronic gremlins. All told, the Sterling brand survived just five model years in the U.S, having sold just under 36,000 vehicles.