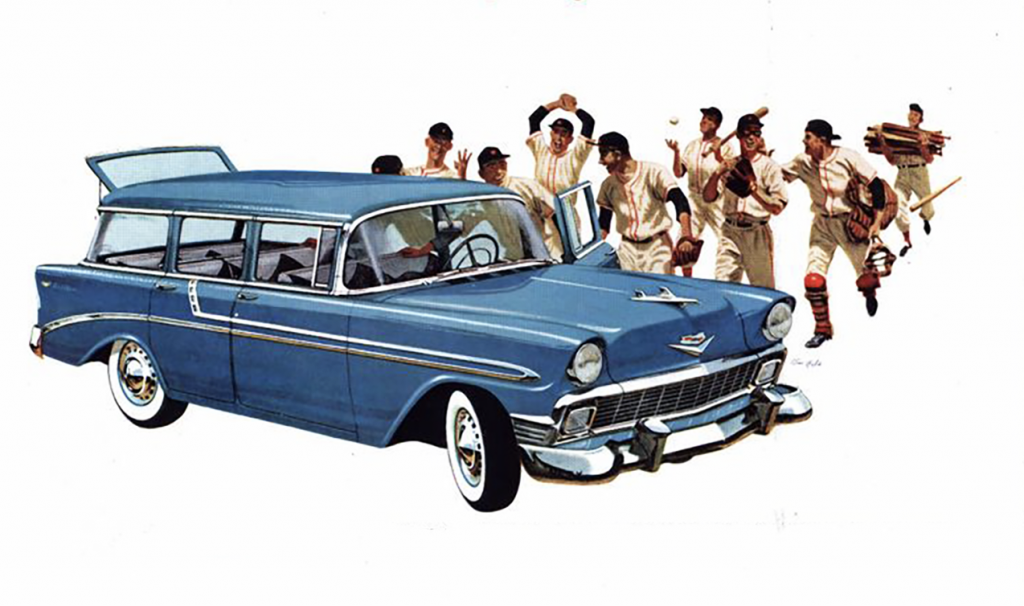 You can probably come up with a reasonably long list of things that are quintessentially American. My short list might include Monday Night Football, ketchup, and the Super Big Gulp. However, if you’re looking for a little heritage to go with your national icons, I might suggest that there are few things more fundamentally American than baseball or the automobile. 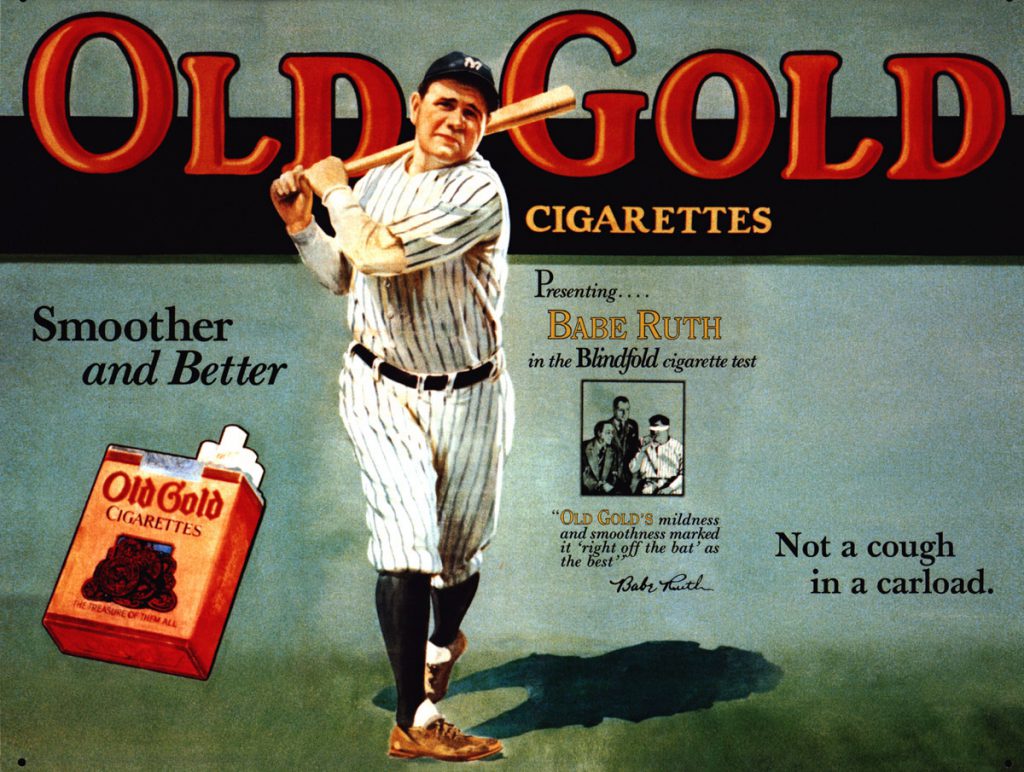 Babe Ruth was among the first celebrity athletes to cash in on product endorsements. In addition to cigarettes, Ruth also pitched cars, as evidenced by the 1926 Chevrolet ad below.

And of the two, baseball goes back further. The 1901 Curved Dash Oldsmobile is generally understood to be the first mass-produced automobile; it’s just a couple years away from its 120th birthday. Baseball, however, reaches really far back. Though the American League was established the same year that production of the Curved Dash Olds began, the National League was founded in 1876.

With a combined history of more than two centuries, one might expect the paths of baseball and the automobile to have crossed from time to time. And, indeed they have; one such intersection is in advertising.

A late Seventies Chevrolet campaign tied the brand to baseball using one of the catchiest jingles in car-advertising history. (Note: Watch this ad at your own risk. You may not be able to get this ditty out of your head.)

To help celebrate these two great American institutions, we have collected 13 classic automotive and auto-related prints ads here, each of them featuring a baseball theme. Enjoy! 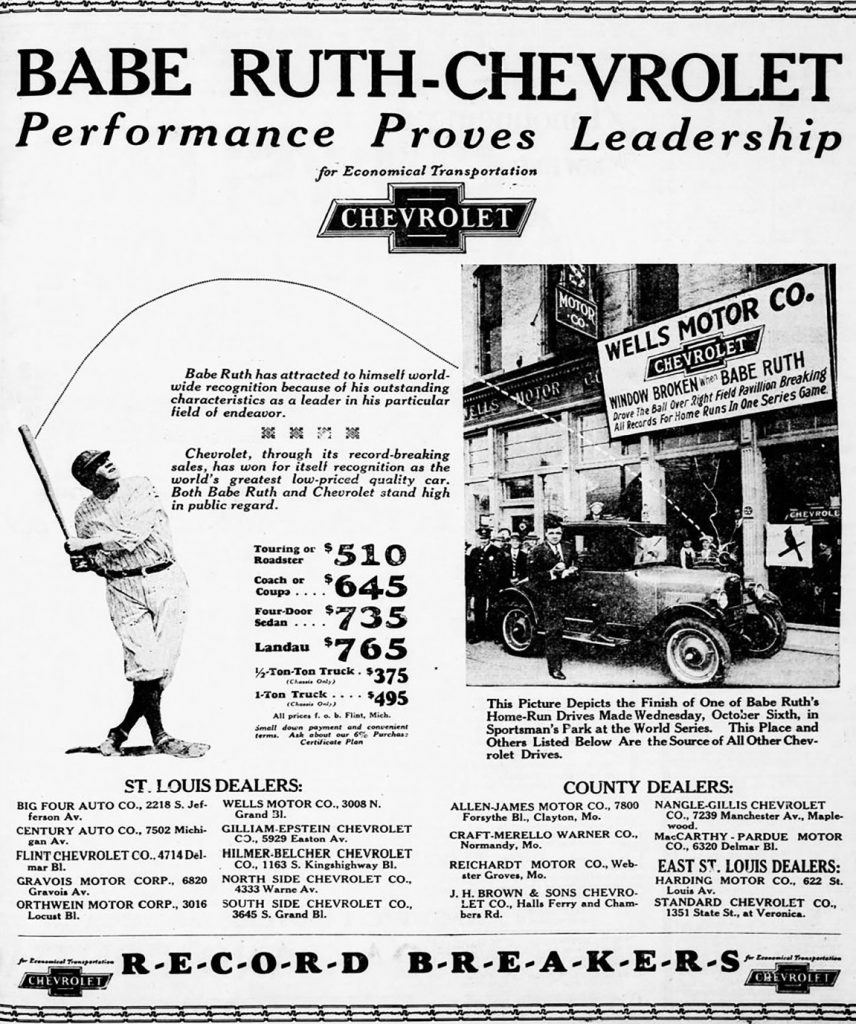 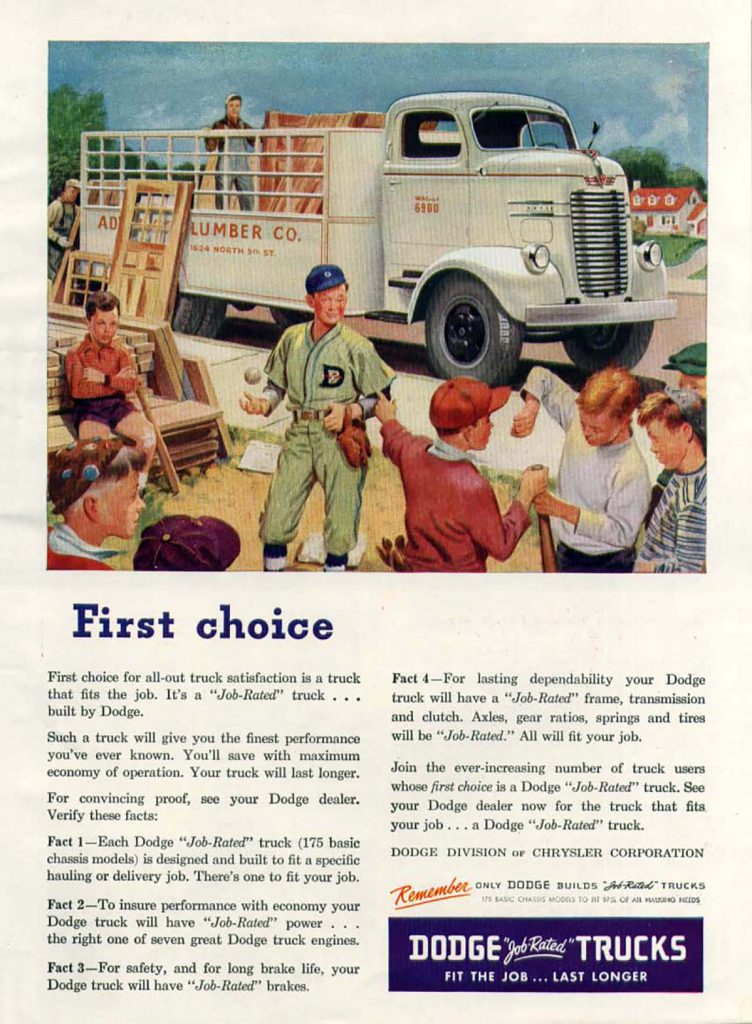 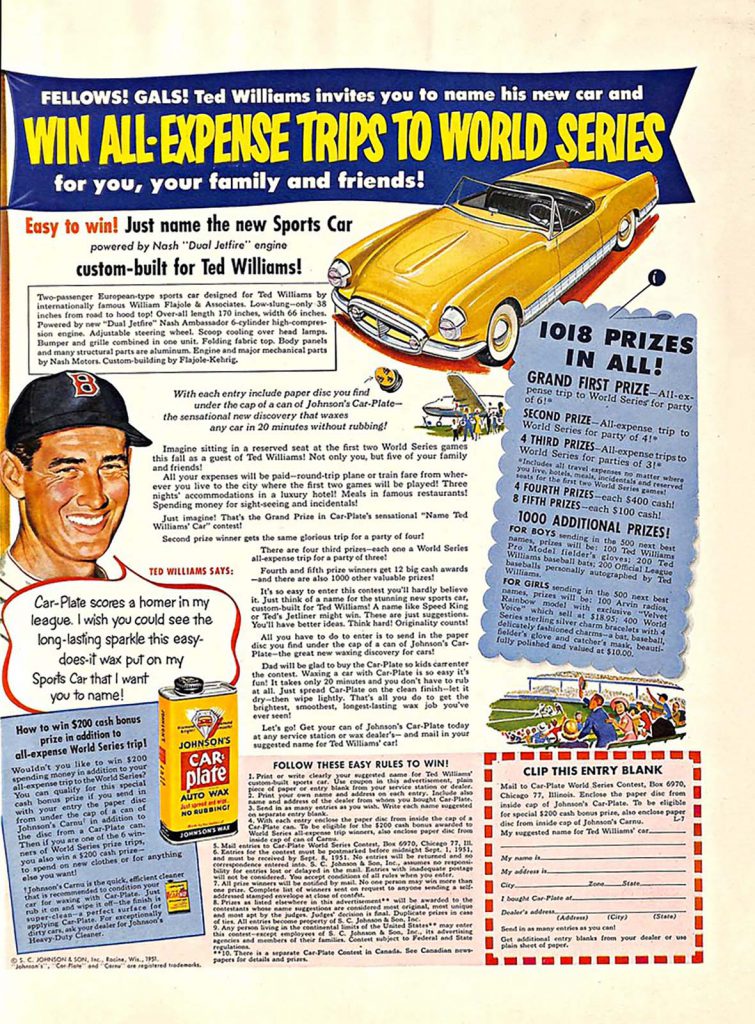 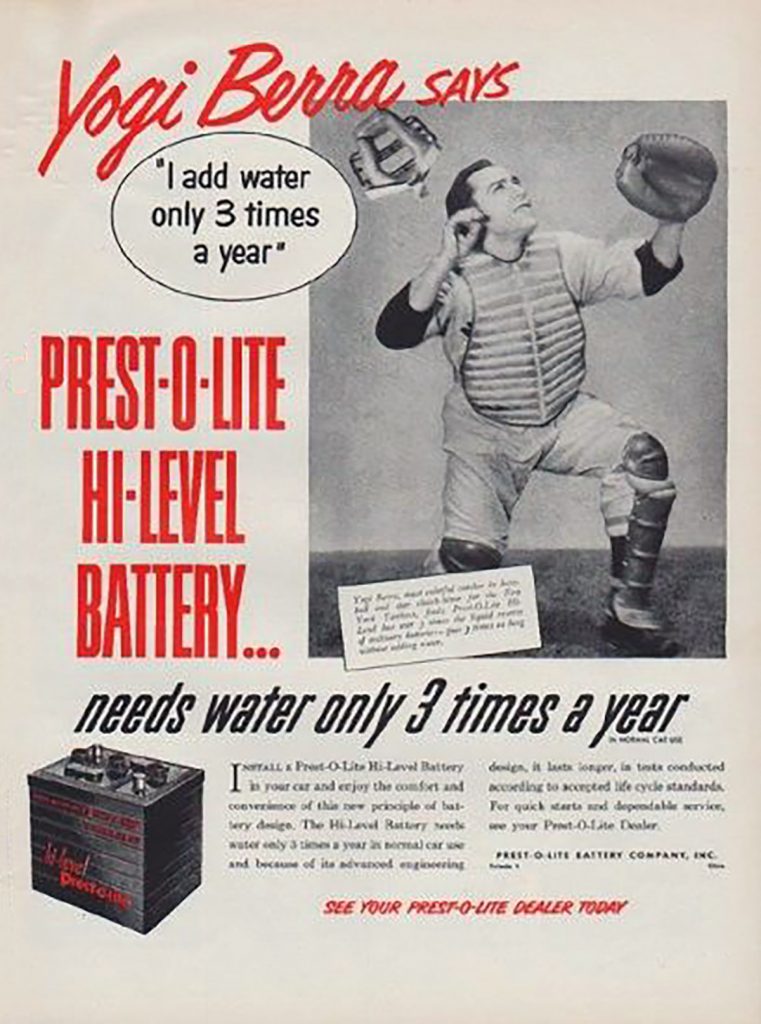 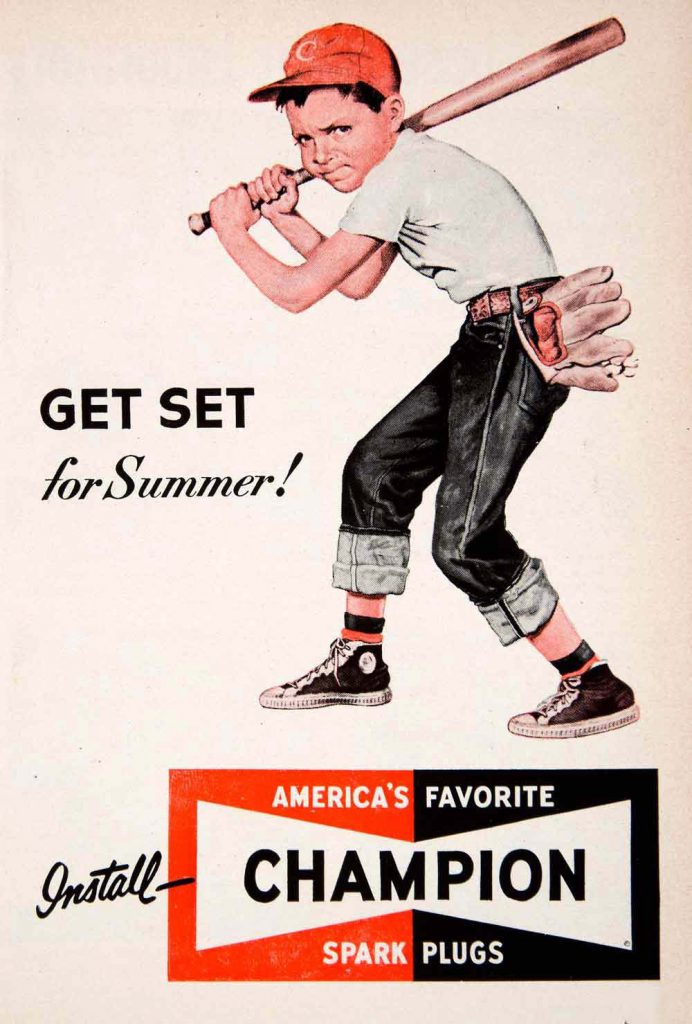 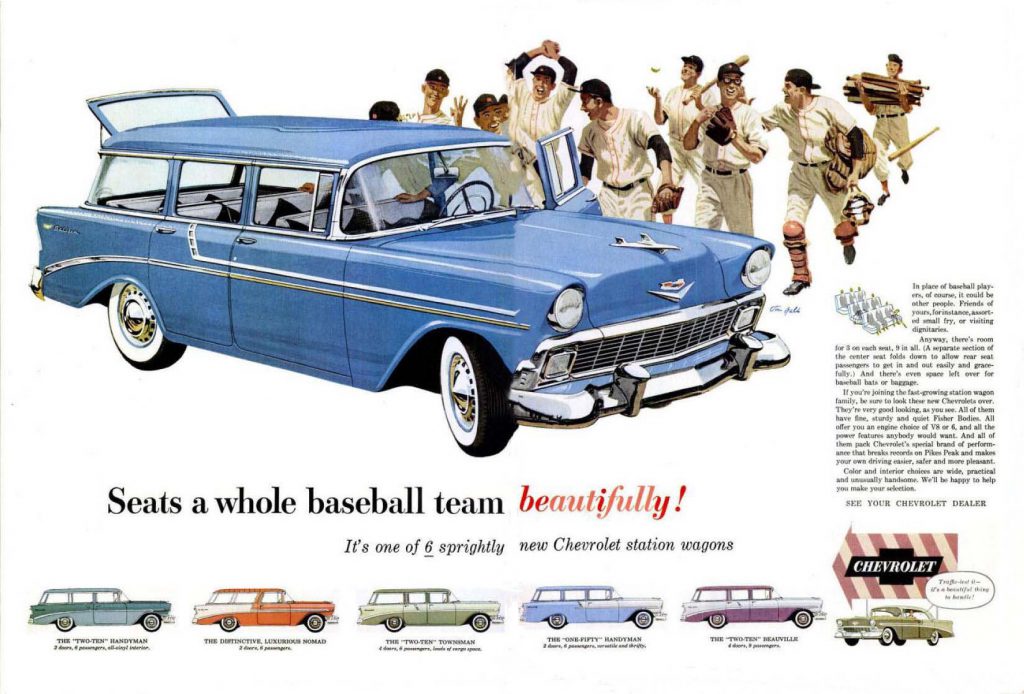 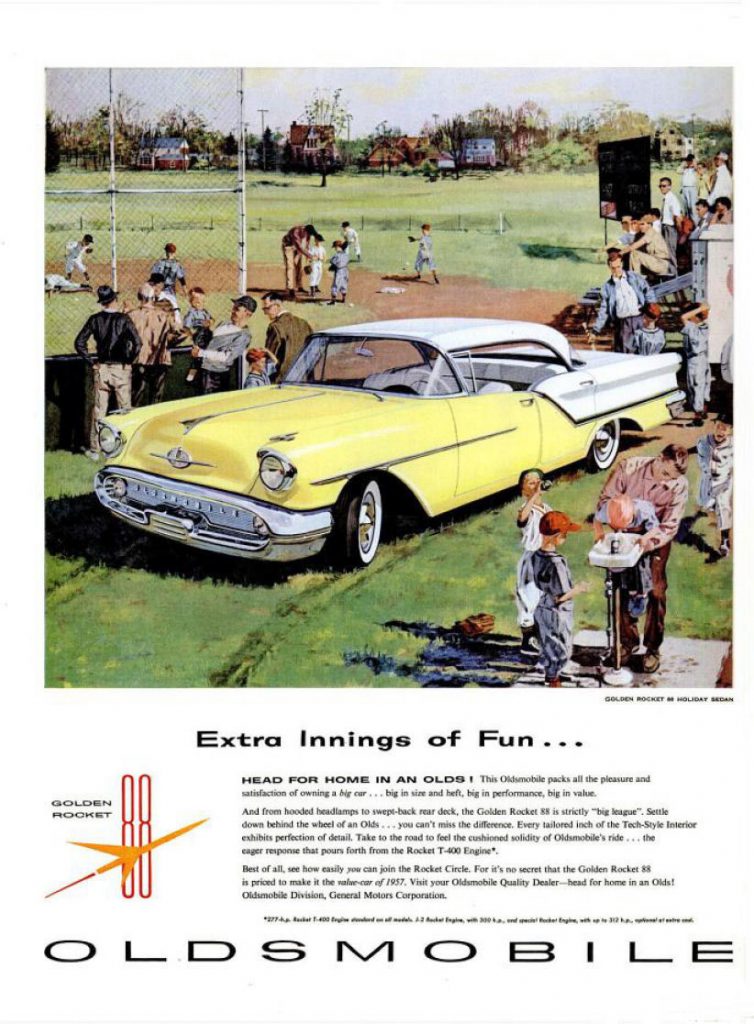 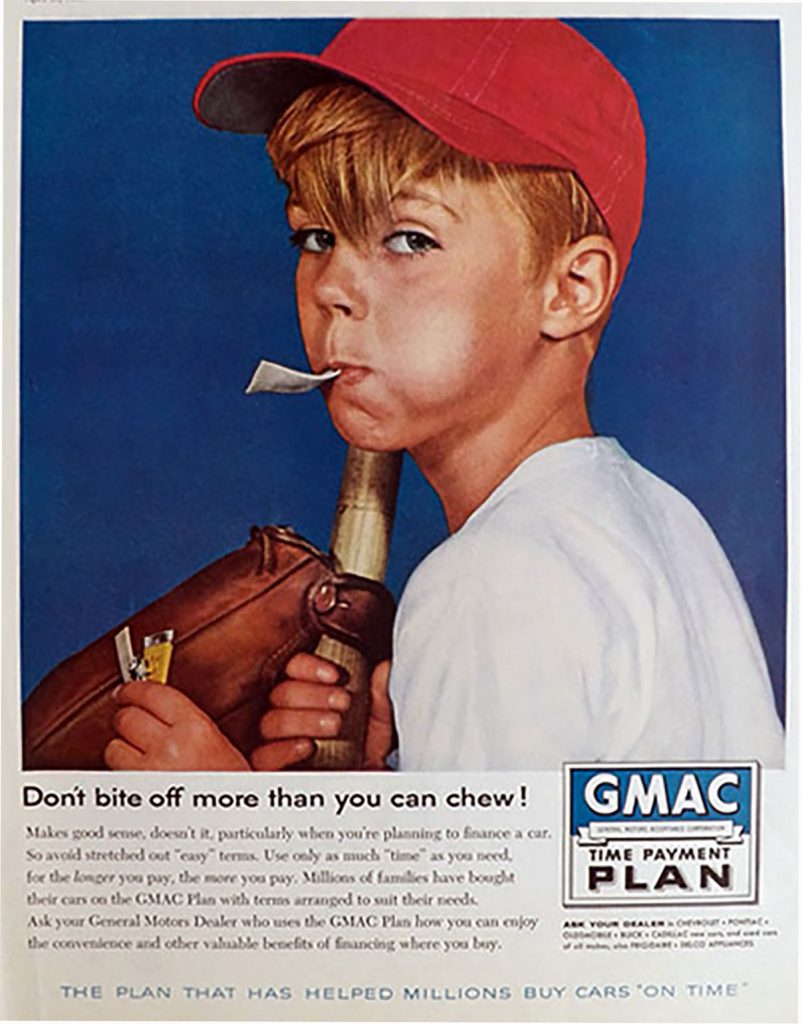 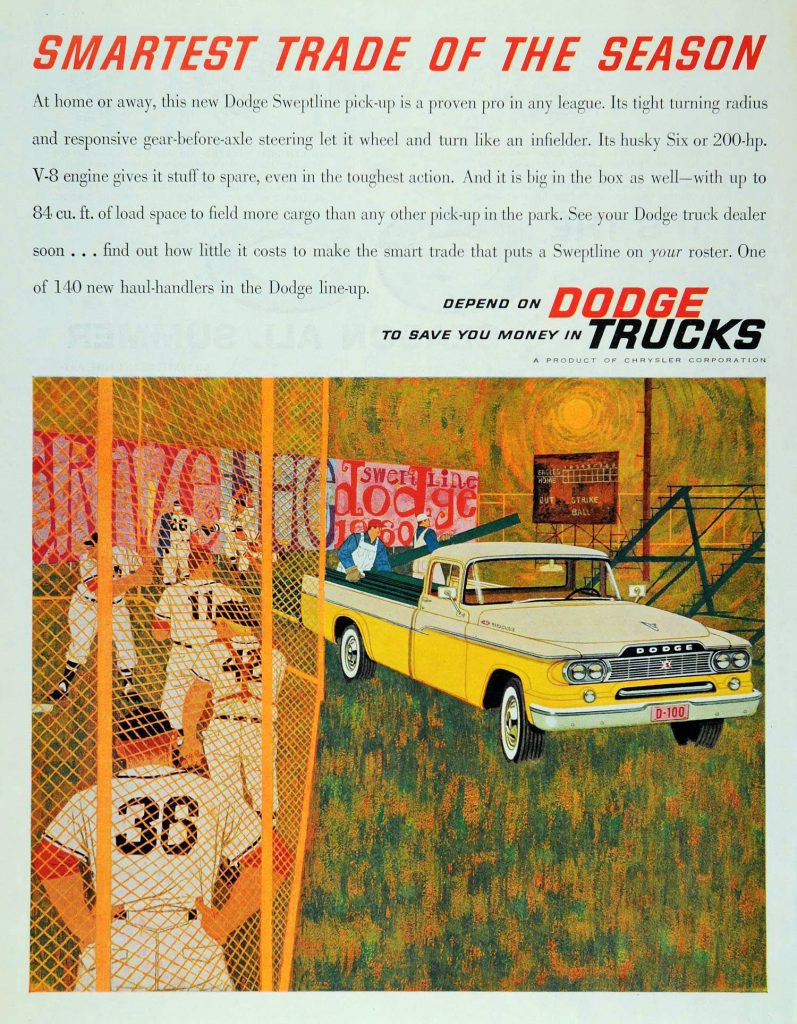 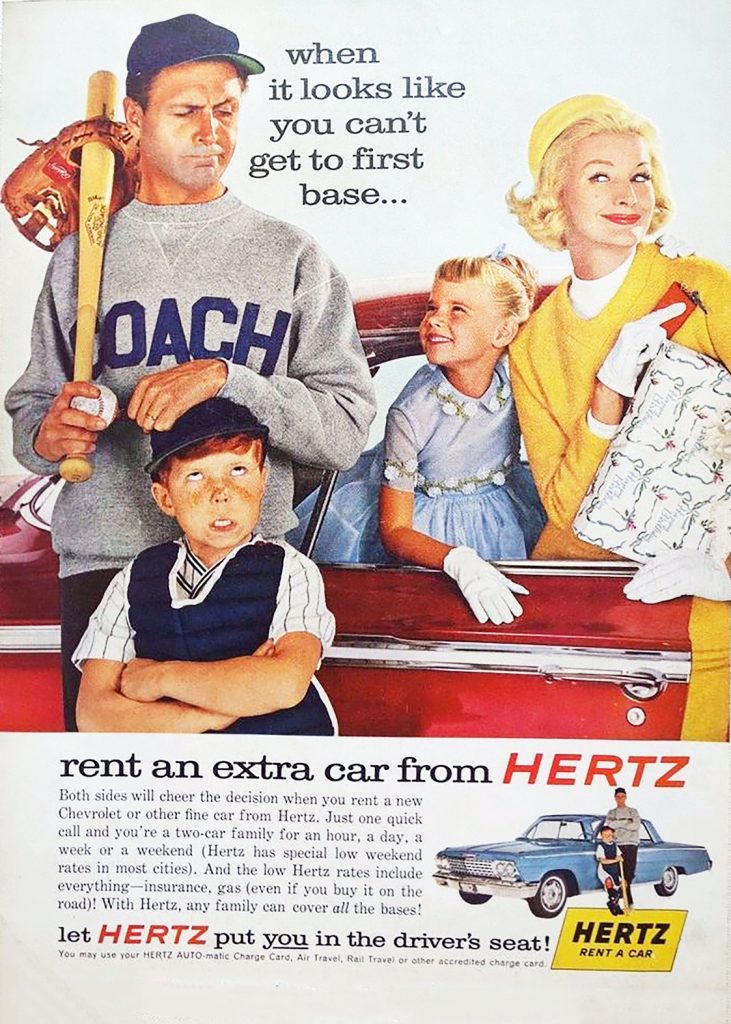 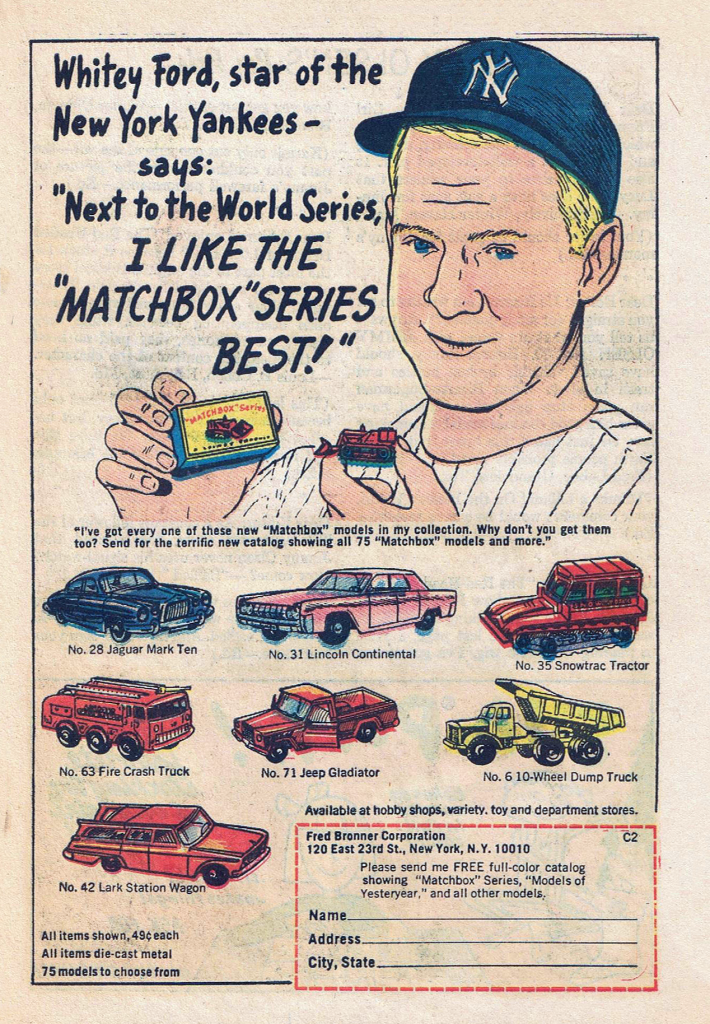 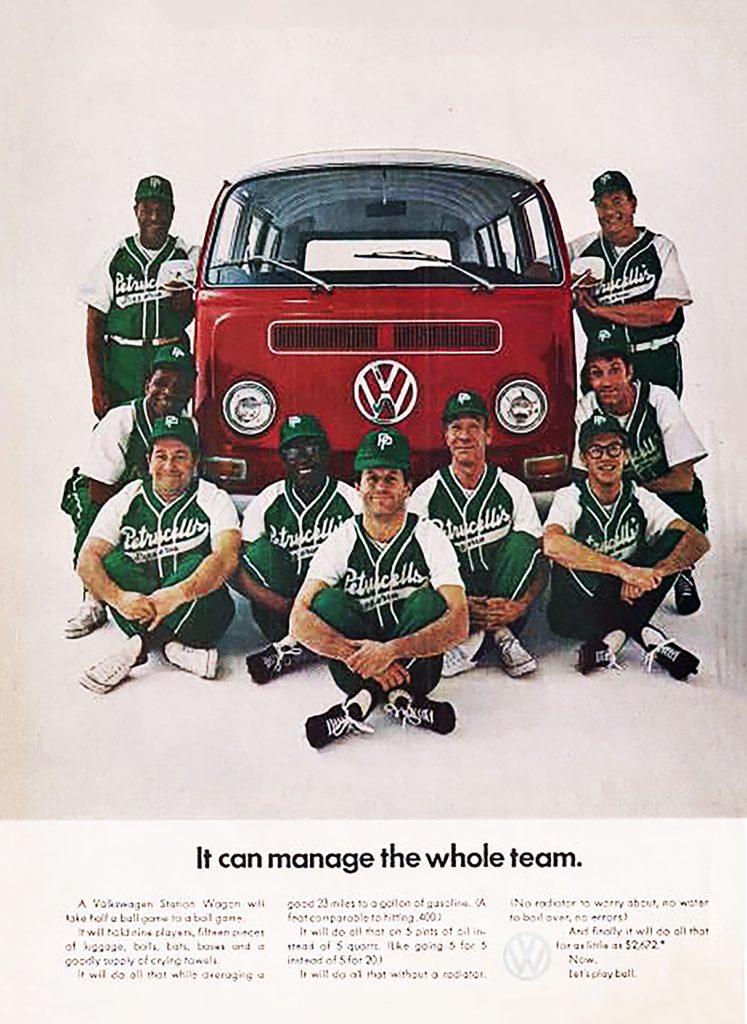 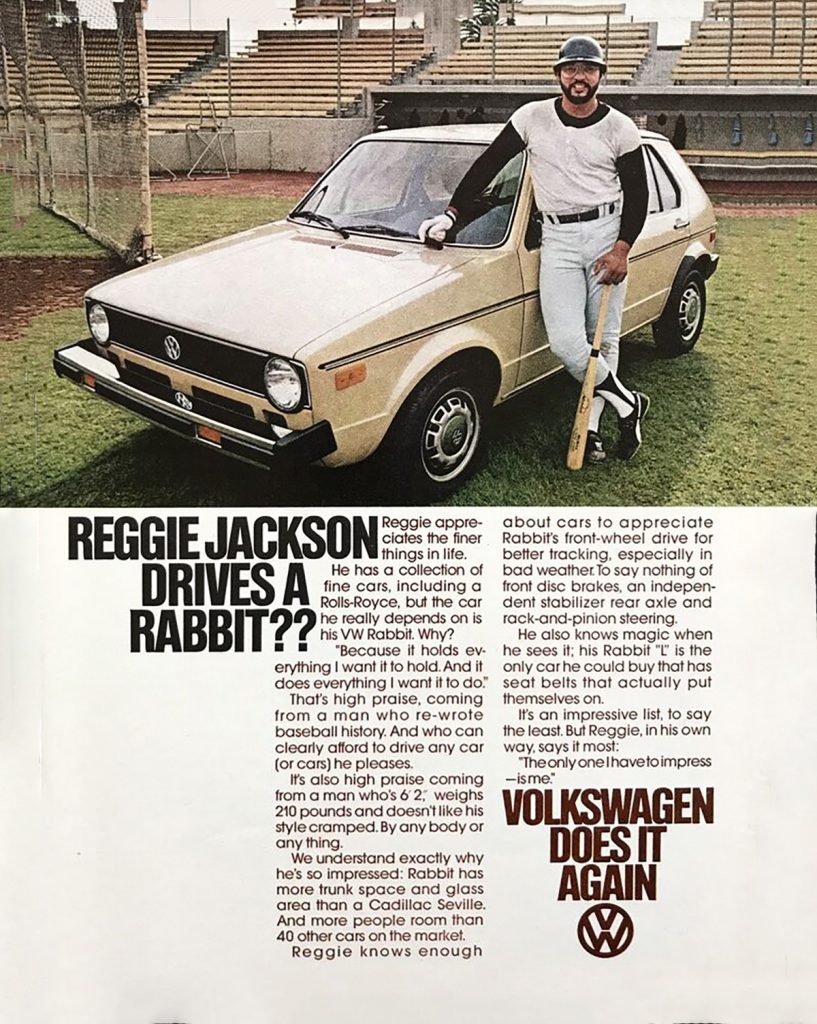 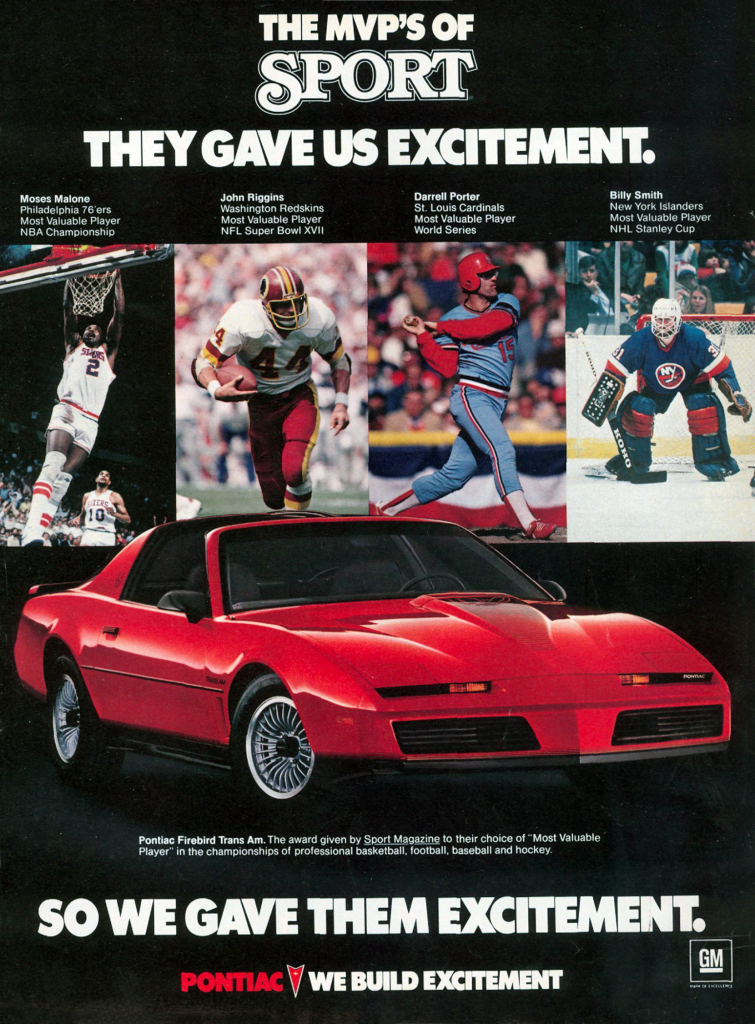