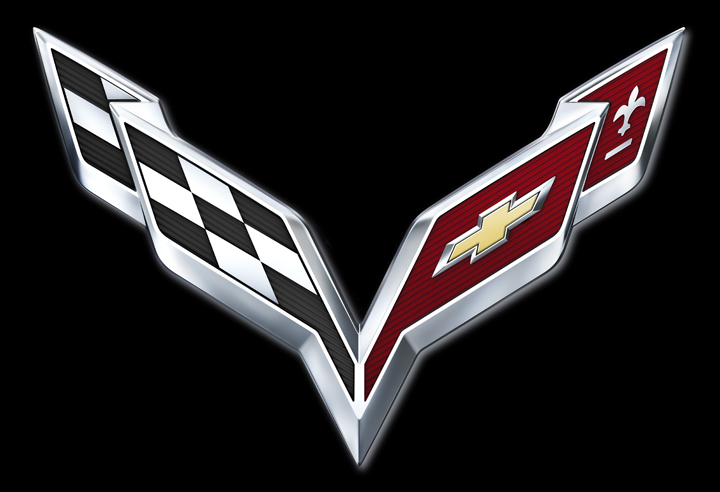 A new logo was part of the deal when Chevrolet rolled out the all-new “C7” Corvette for 2014. The Logo (above) appears both new, and very familiar.

The crossed flags have been a part of the Corvette since the car went on sale in 1953. The logo has dramatically evolved over the years, but some constants have remained. One flag is a racing-style black-and-white checkered flag. The other is a red flag that carries the Chevrolet “bowtie.” A French fleur-de-lis was included on the red flag as well. 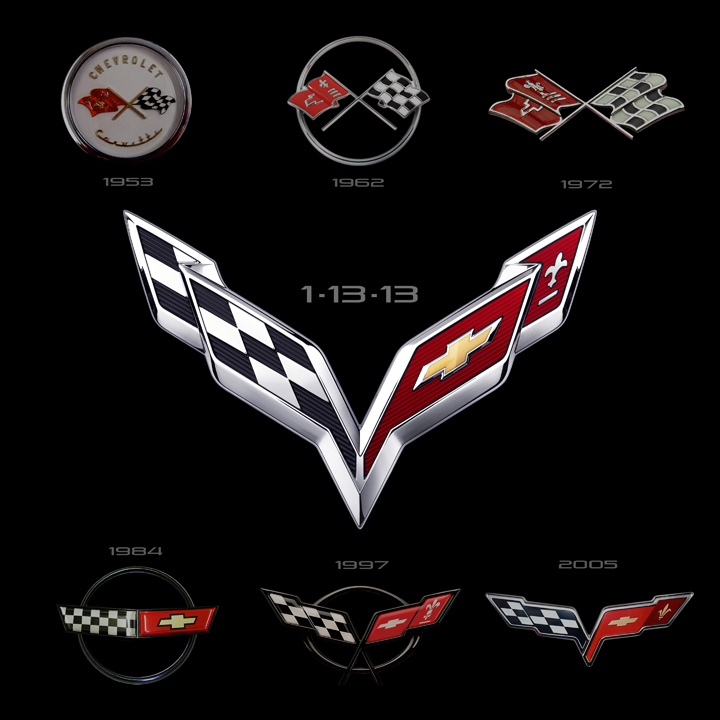