What If…1955 Hudson (5 Alternate-Universe Possibilities) 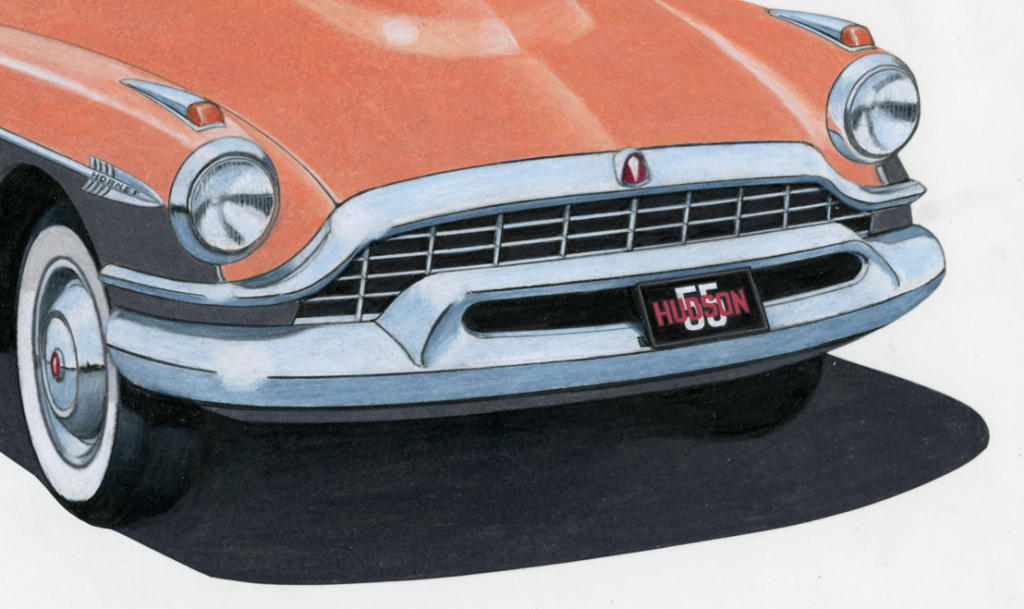 What if another manufacturer had created their own version of the ’55 Hudson?

Anybody who knows a little something about automotive history knows that Hudson merged with Nash in 1954 to form American Motors.  As a result, AMC had to come up with a new Hudson in record time to make the 1955 model year.  The design department at Nash did a very good job transforming the Ambassador/Statesman into the  new Hudson.  The car didn’t look much like a Hudson, and it certainly didn’t handle at all like previous “step-down” Hudsons, but the design was a refreshing change from the old and tired car.  However, we ask, what would the ’55 Hudson look like had the merger been between General Motors, Ford Motor Company, Chrysler Corporation, or the newly merged Studebaker/Packard?

These manufacturers would probably take the same approach that Nash did–changing as little sheet metal as possible on an existing body shell, but trying to retain some vestige of Hudson DNA.  You might have to squint to see any Hudson design cues in the following “what if?” designs, but I tried. 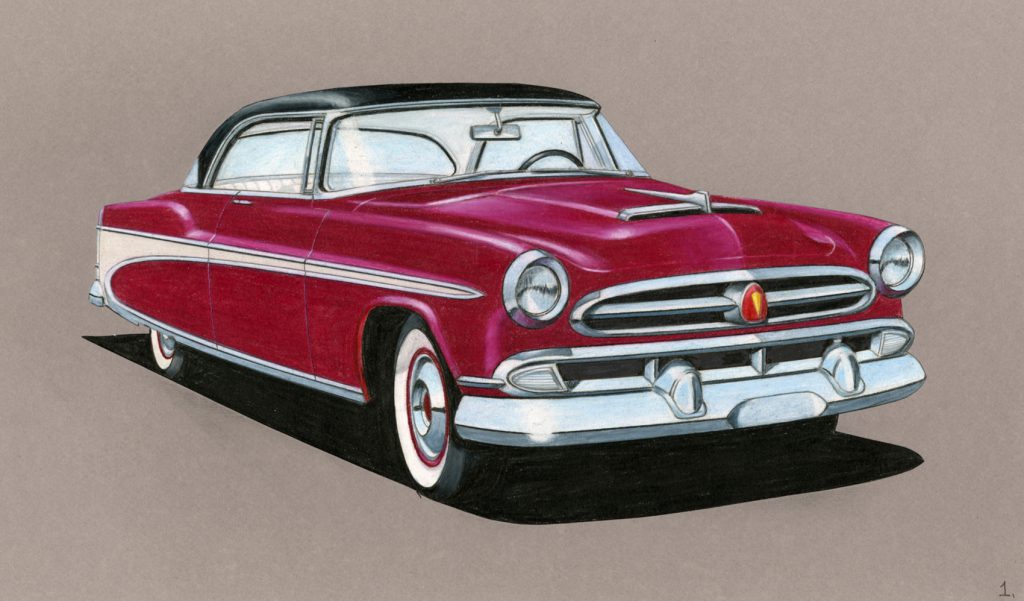 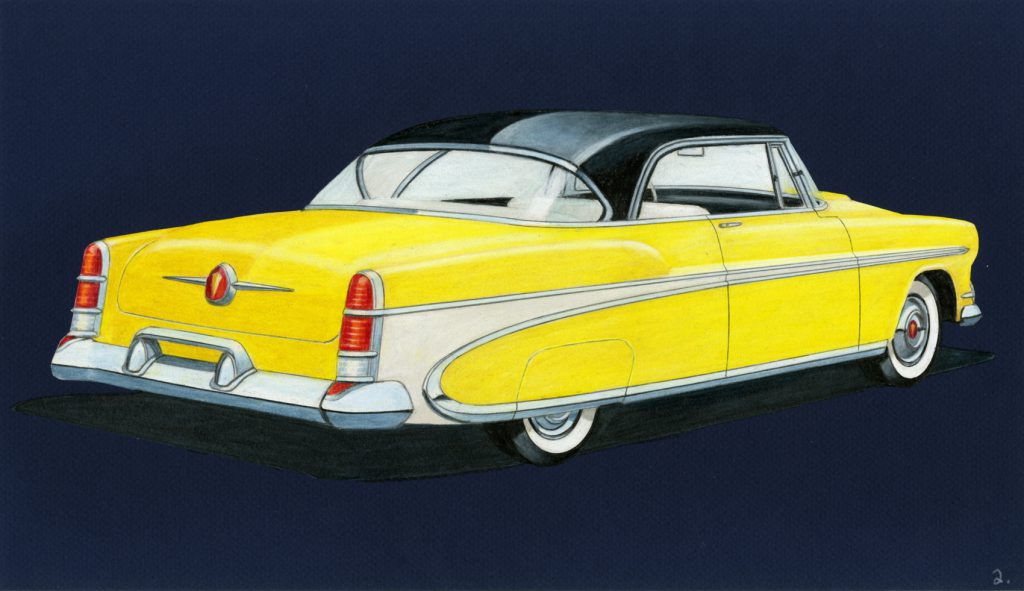 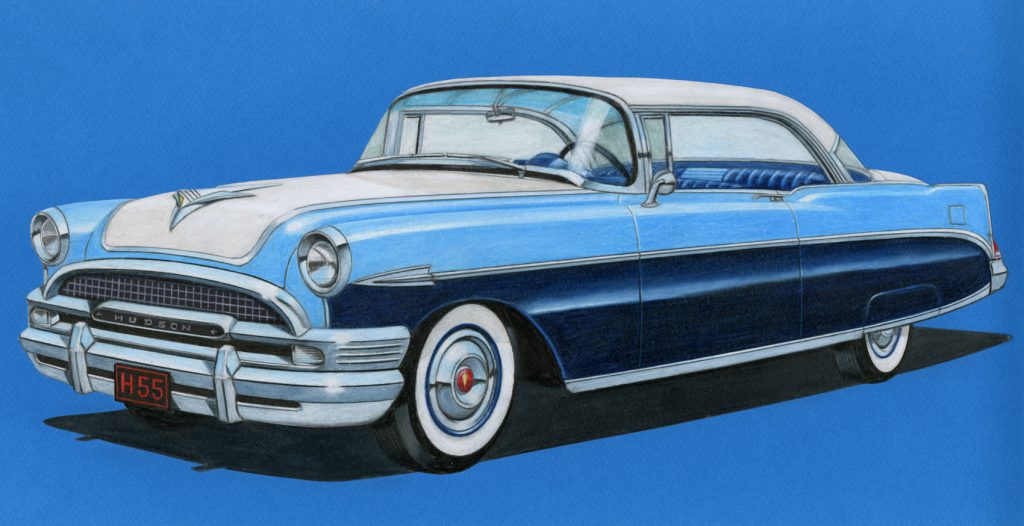 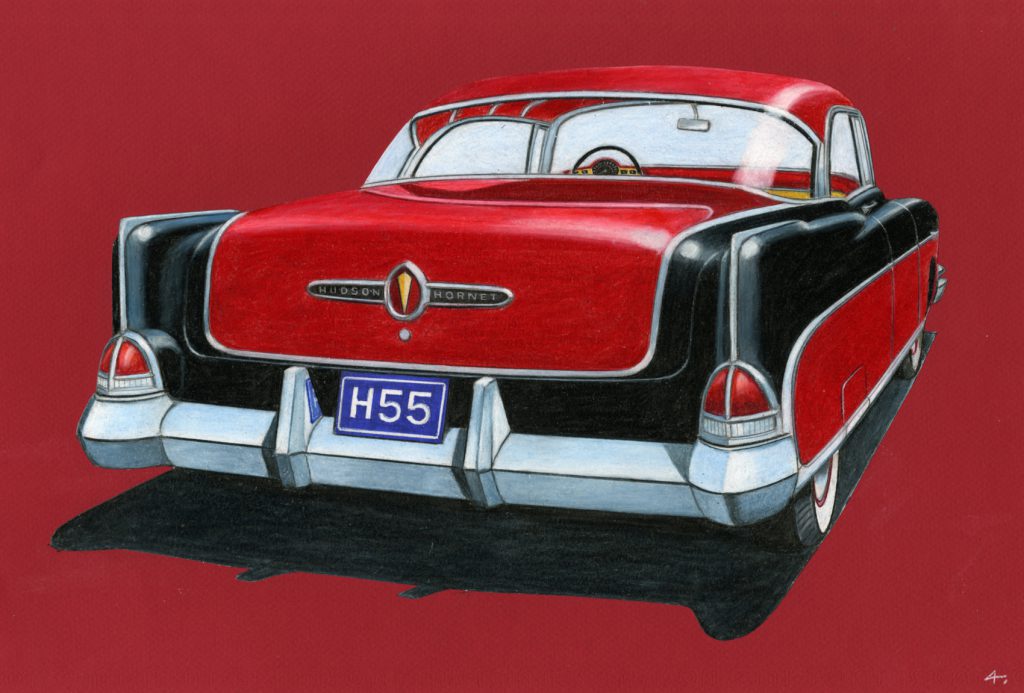 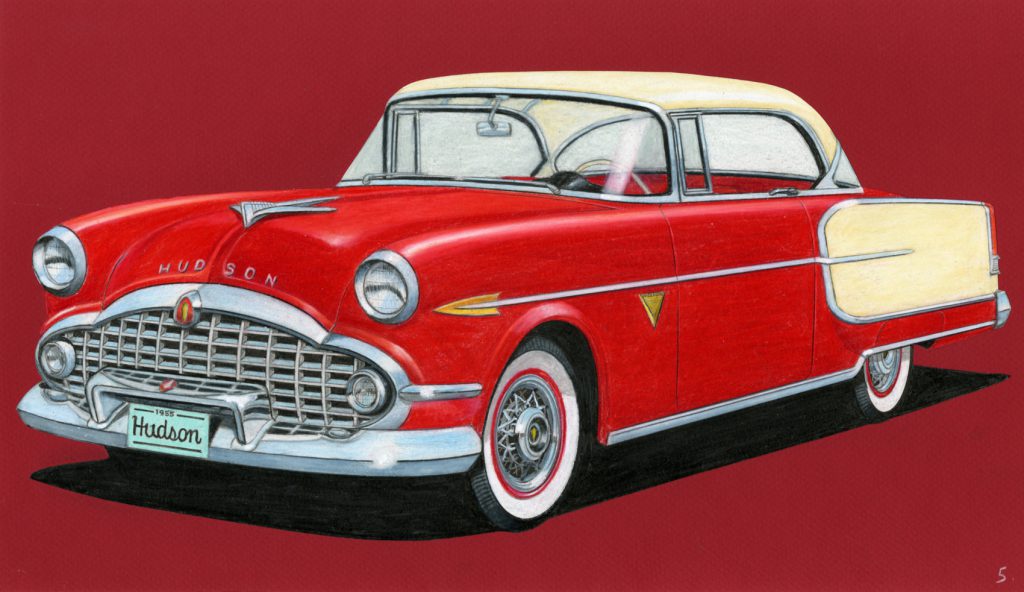 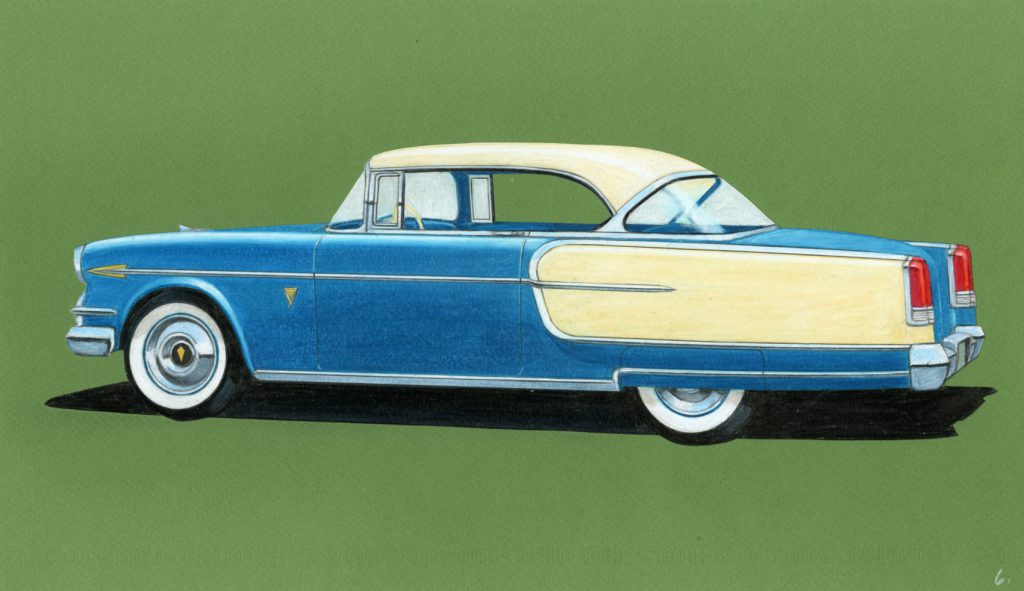 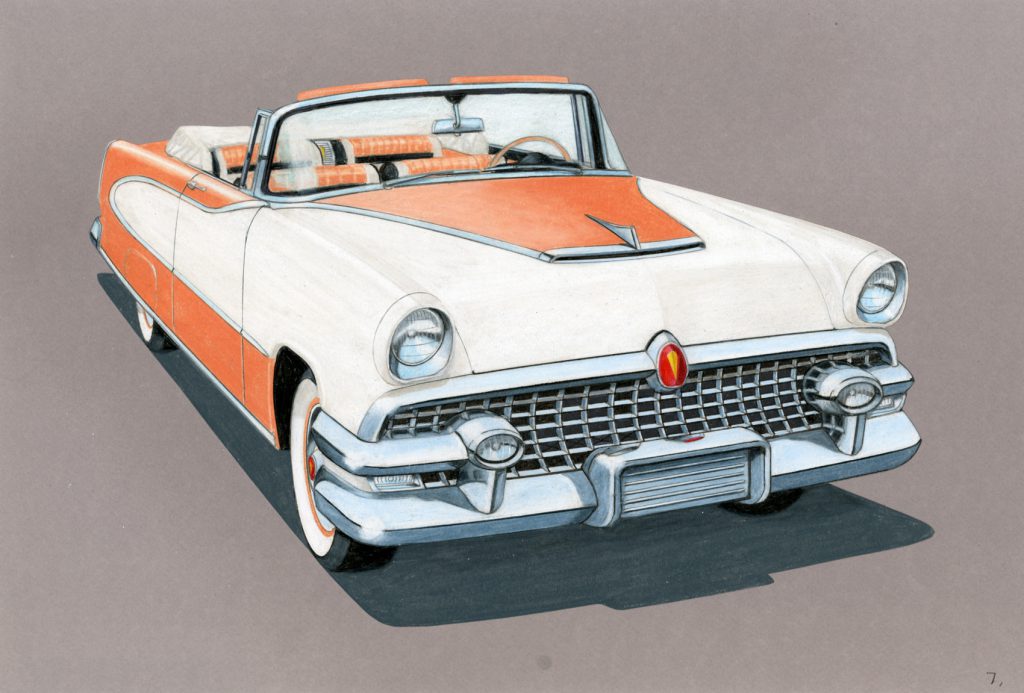 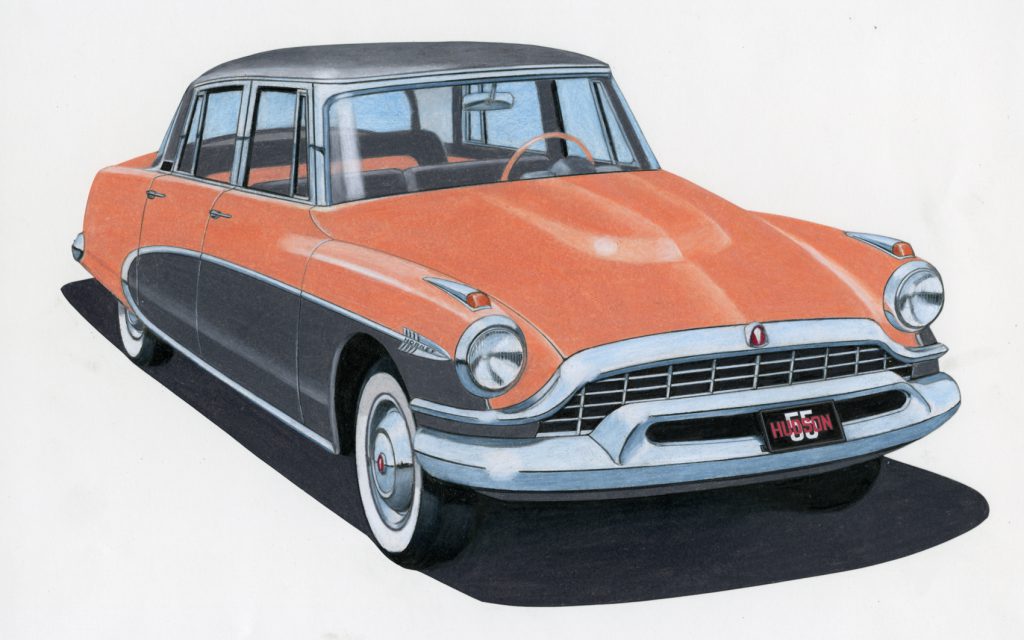 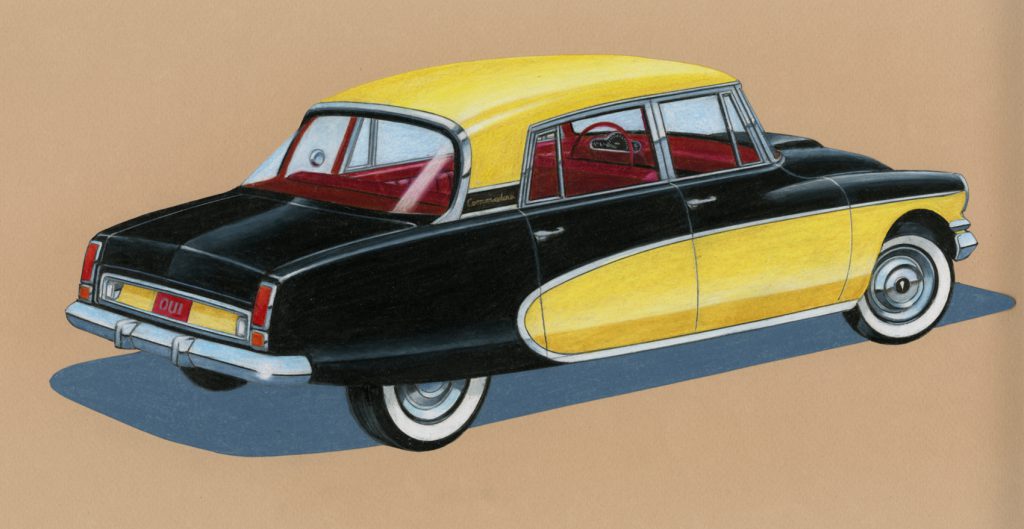 This last one is a stretch–though I’ve always thought that from a design standpoint, both Hudson and Citroën marched to a different drummer so why not a Citroën/Hudson merger? Citroën would need to Americanize the DS19 so it would look more acceptable to American drivers’ tastes.  A large American style chrome grille and bumper, a raised power dome hood would be needed to accommodate an OHV V-8 engine and automatic transmission coupled to rear drive gears.  The rear end needed to be stretched because we Americans need lots of room for our vacation trips and stuff.  The “Hudson sweep” side molding harkens back to the 1948-53 Hudsons.

Here’s a complete list of Frank Peiler illustrations for you to peruse:

What If…1953 Chevrolet Corvette

What If…1947 Studebaker Wagon