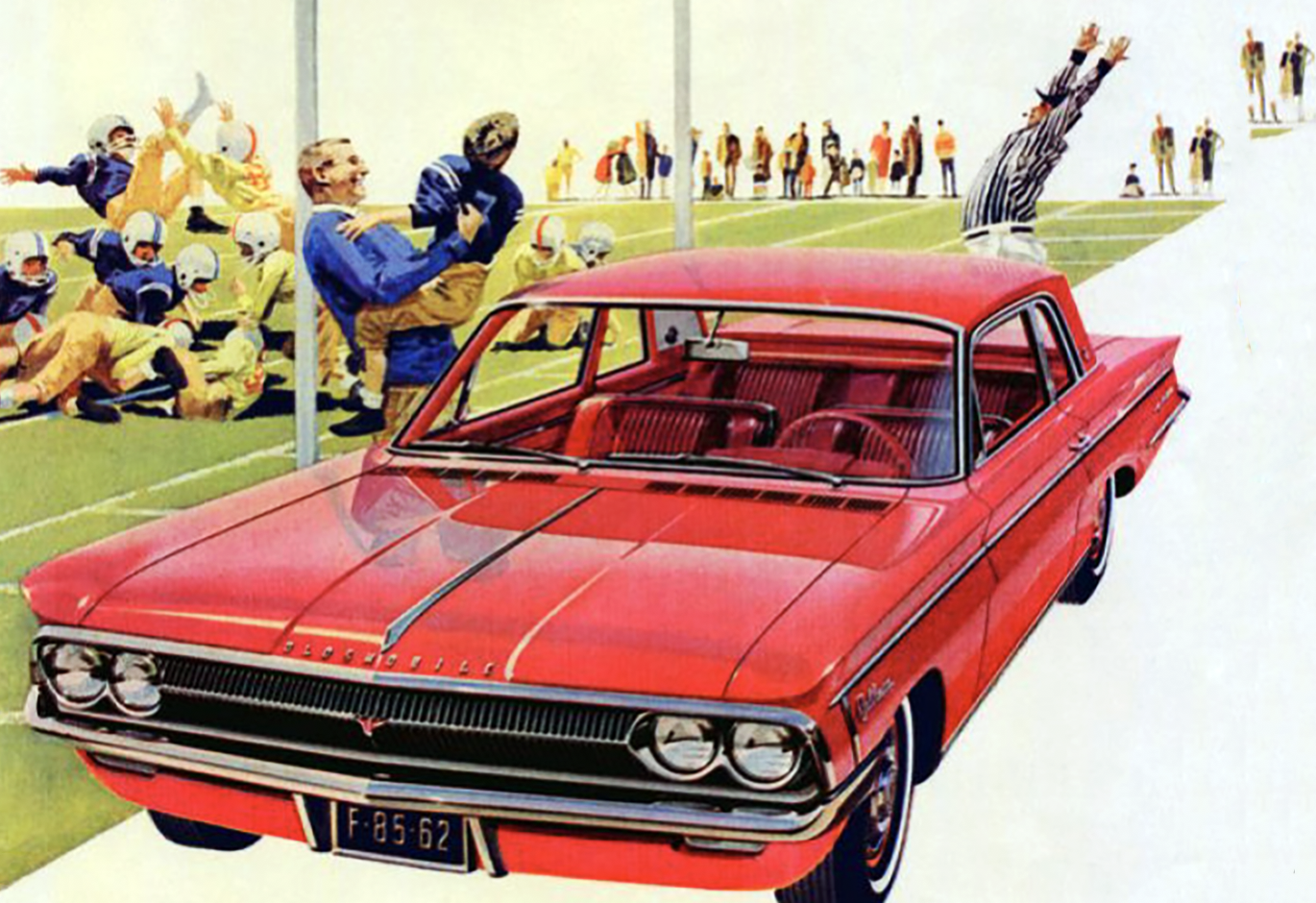 Americans have now enjoyed the services of the automobile for well over a century. It’s hard to imagine another development that did so much to shape the country as we now know it. But at just over 100 years of service, the car has nothing on football.

Like baseball, American-style football has a history that goes back well before the (previous) turn of the century.

According to Wikipedia, the first American football game took place in 1869 between Rutgers University and Princeton University. Rutgers reportedly won the game 6-4, which suggests that some tweaking of the scoring has taken place since the ’60s—the 1860s, that is.

Not surprisingly, the automobile and football have not evolved independently. The cultural phenomenon of tailgating merges the two institutions nicely, as does the inclusion of football in automotive advertising–the latter of which we explore below.

Amassed for your consideration are 12 automotive print ads and one TV spot, each of which draws on America’s love of football. Check them out: 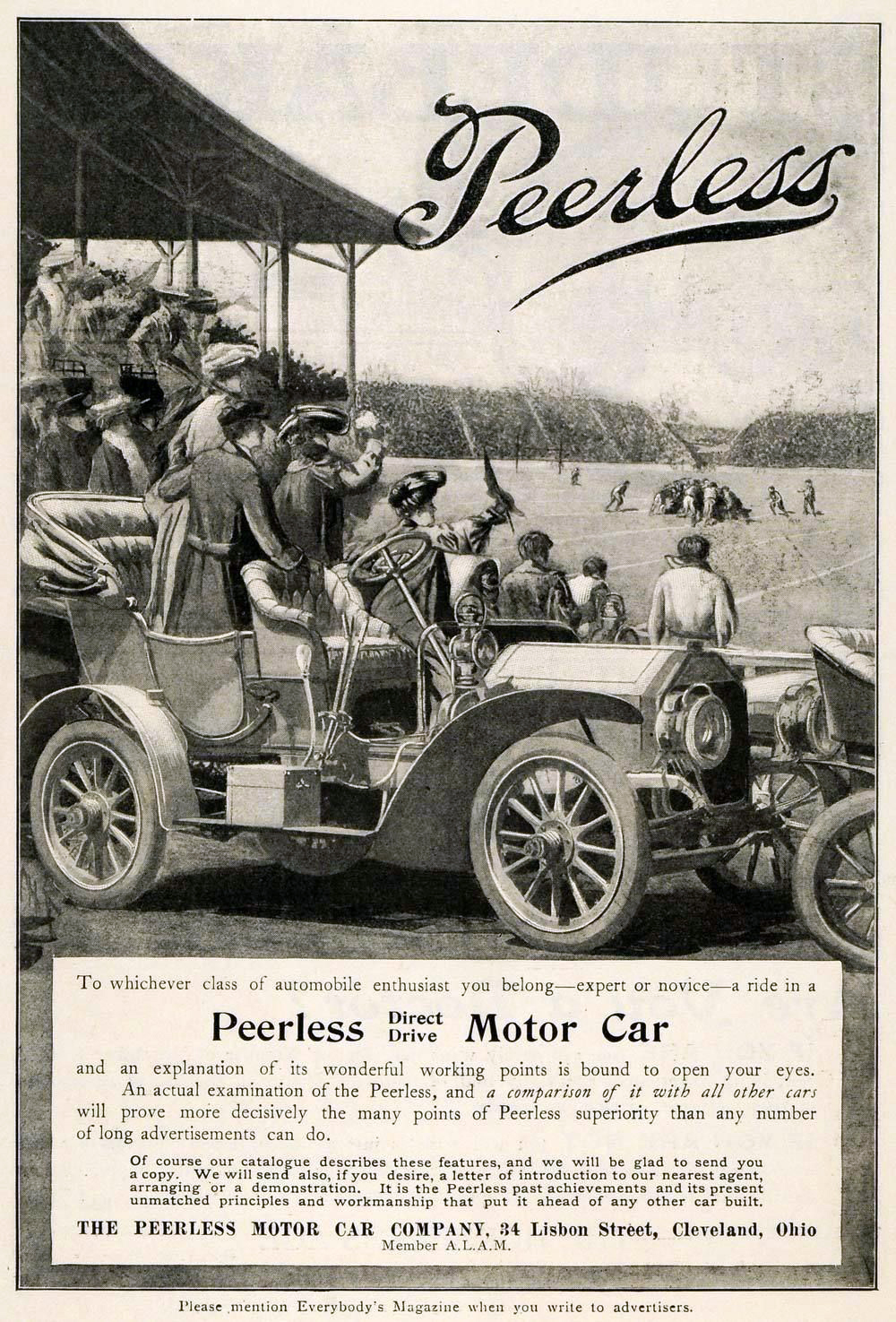 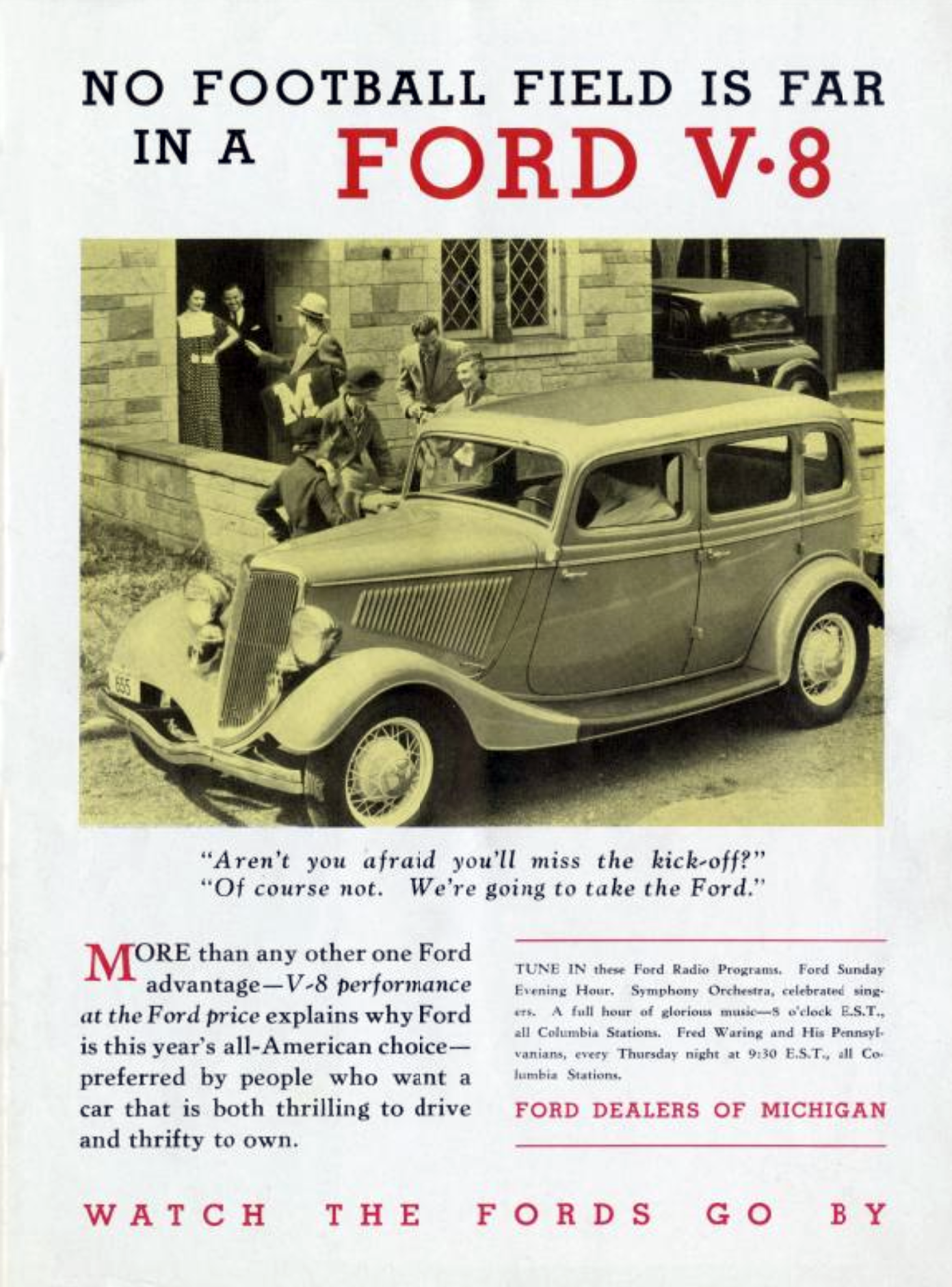 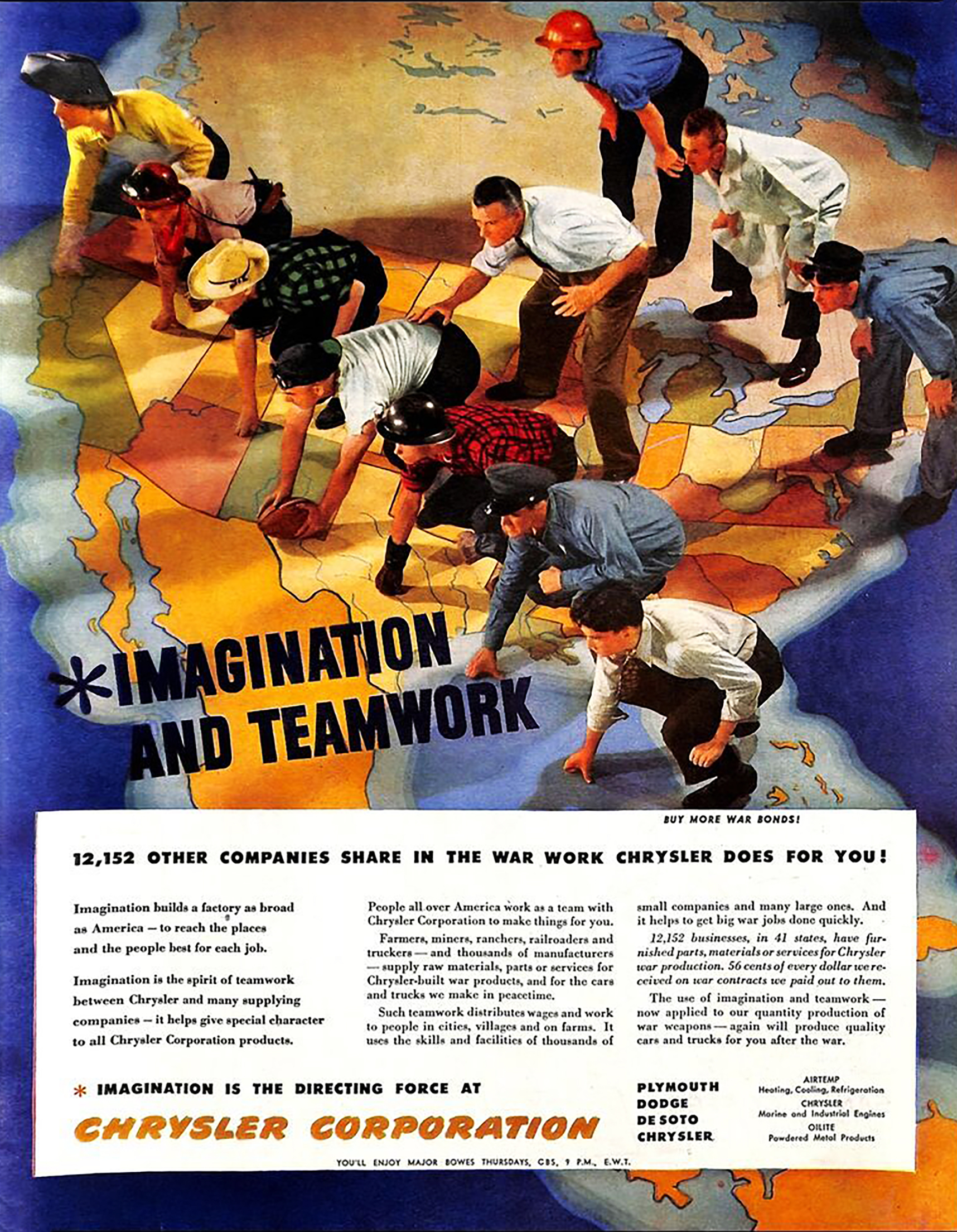 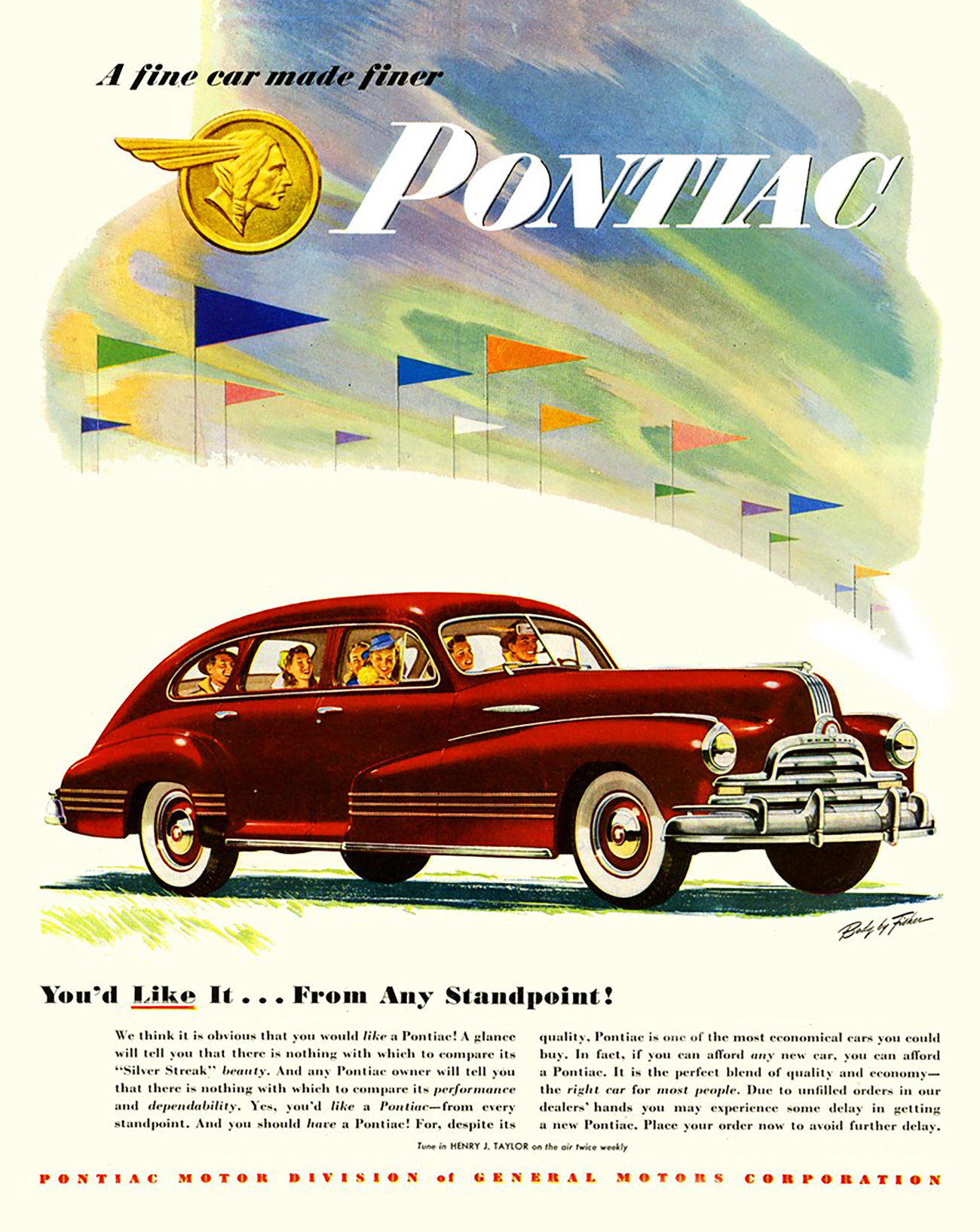 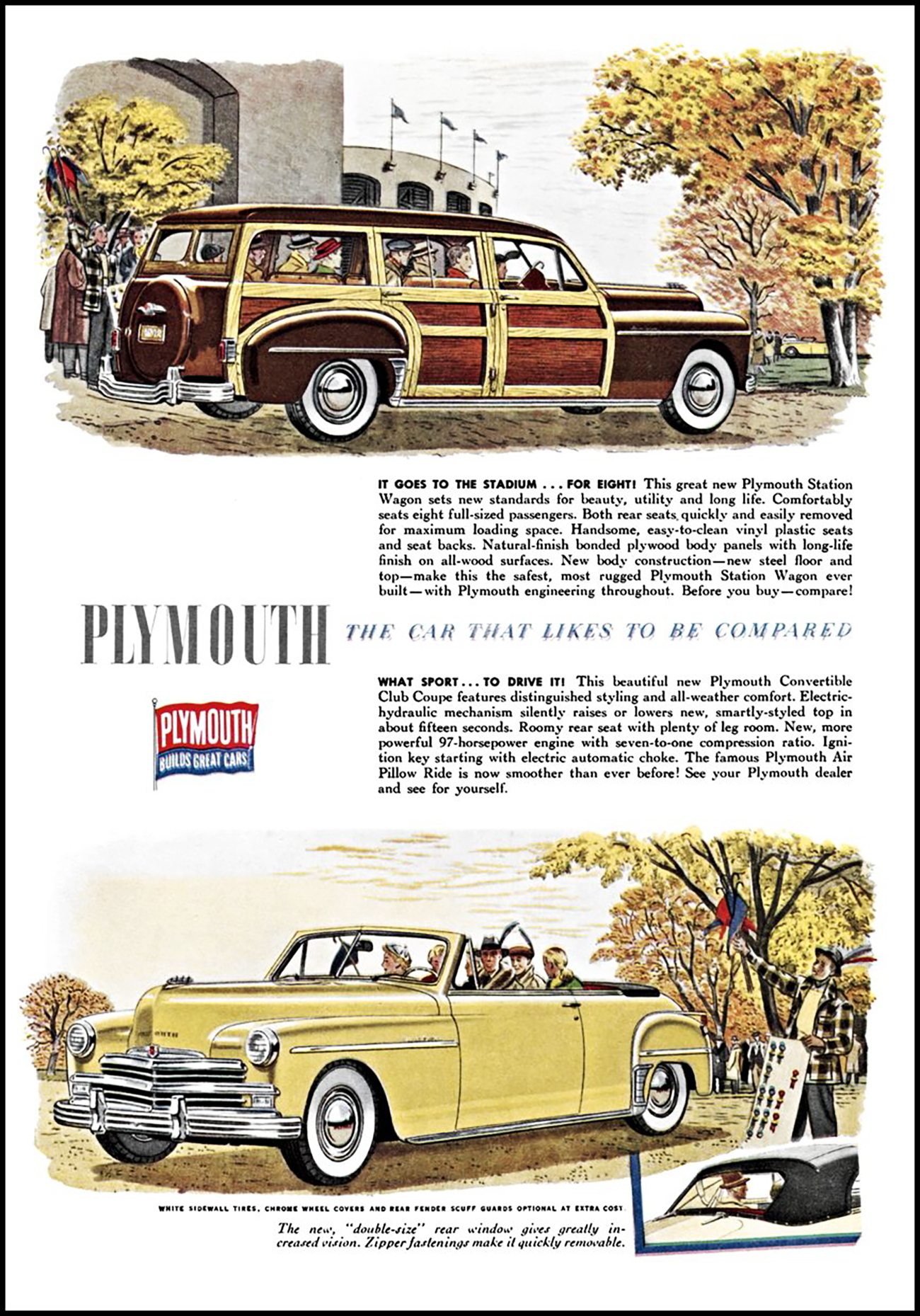 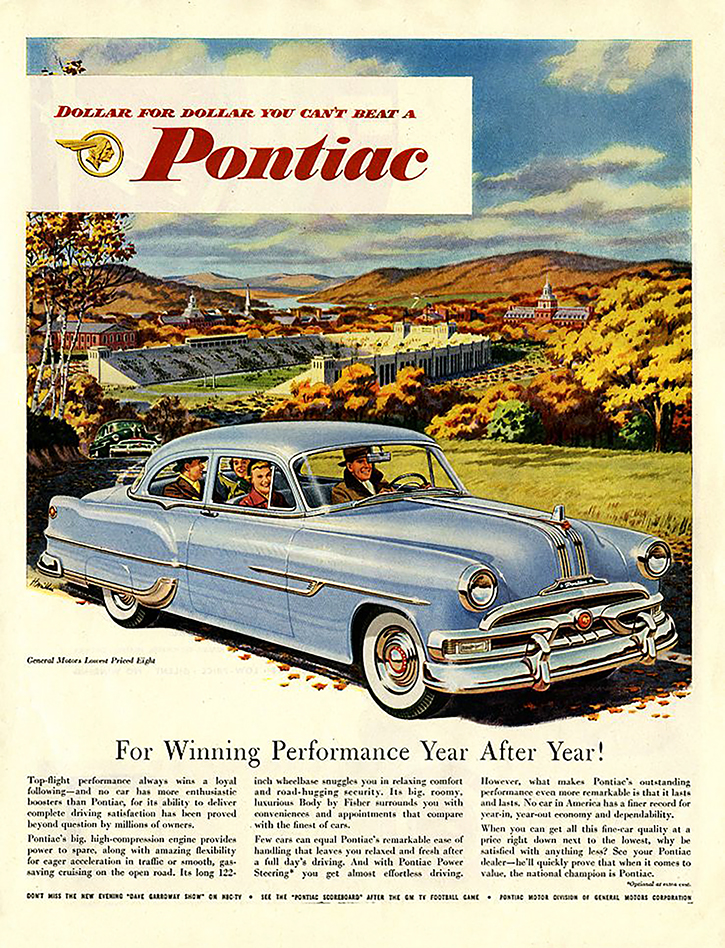 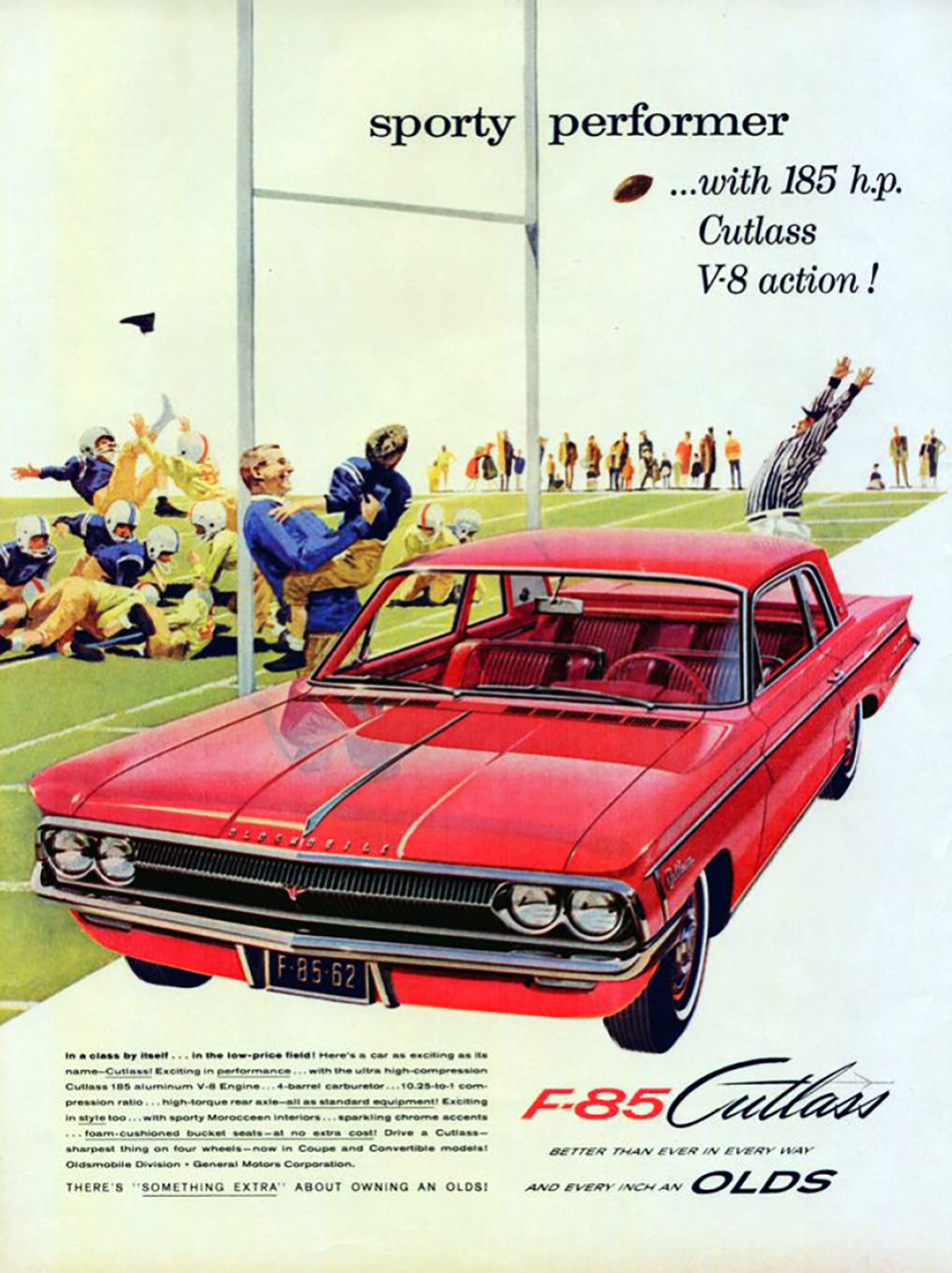 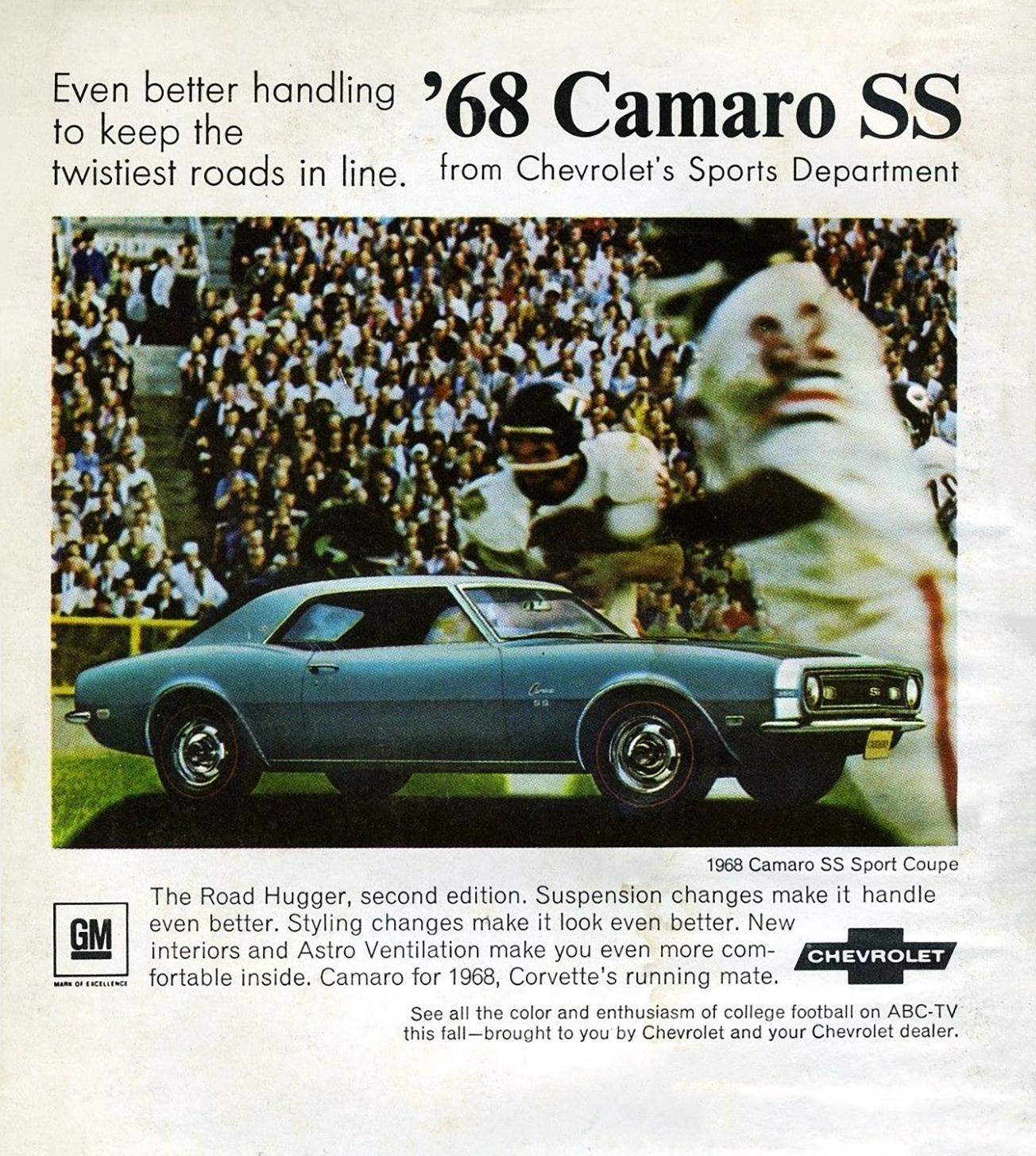 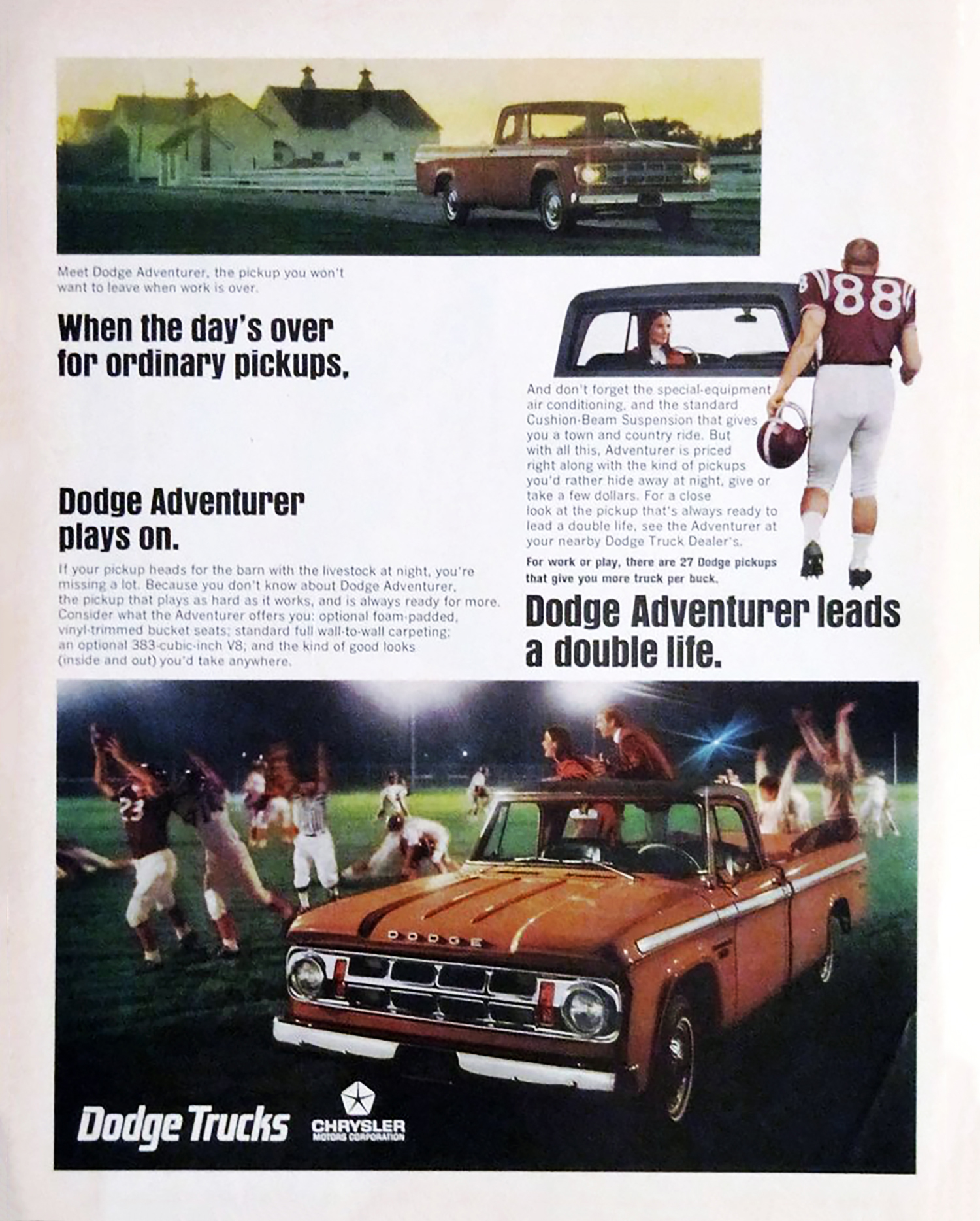 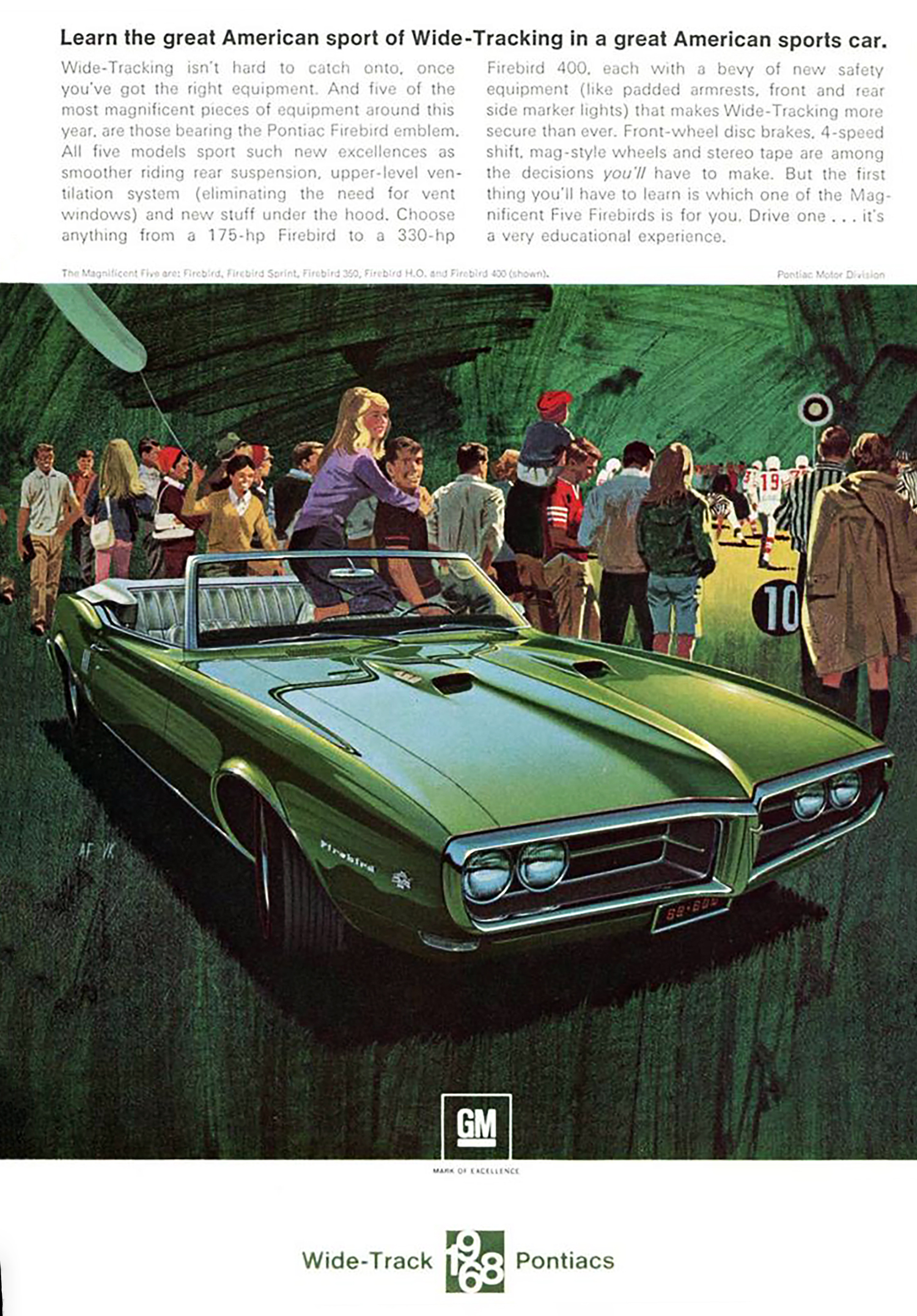 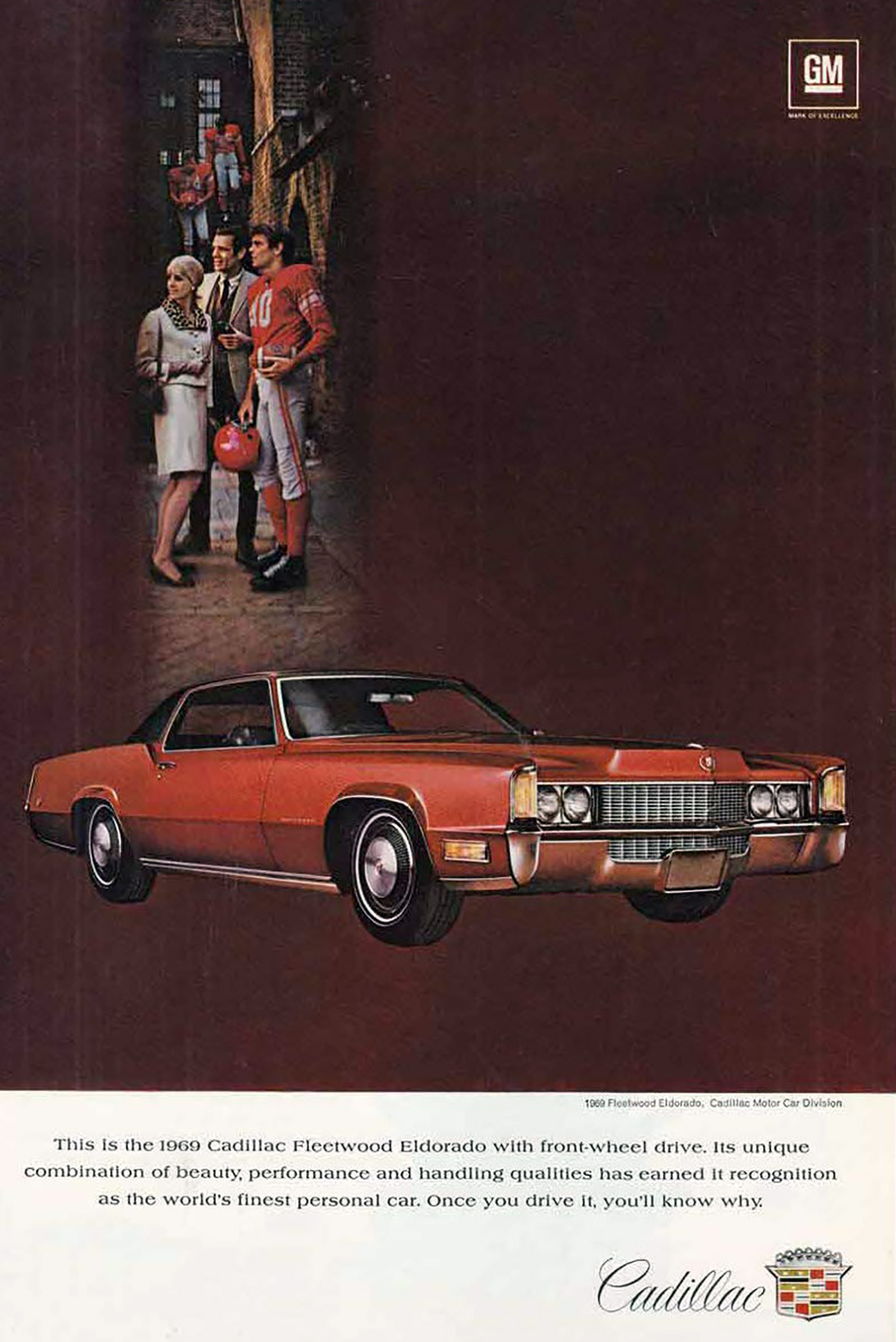 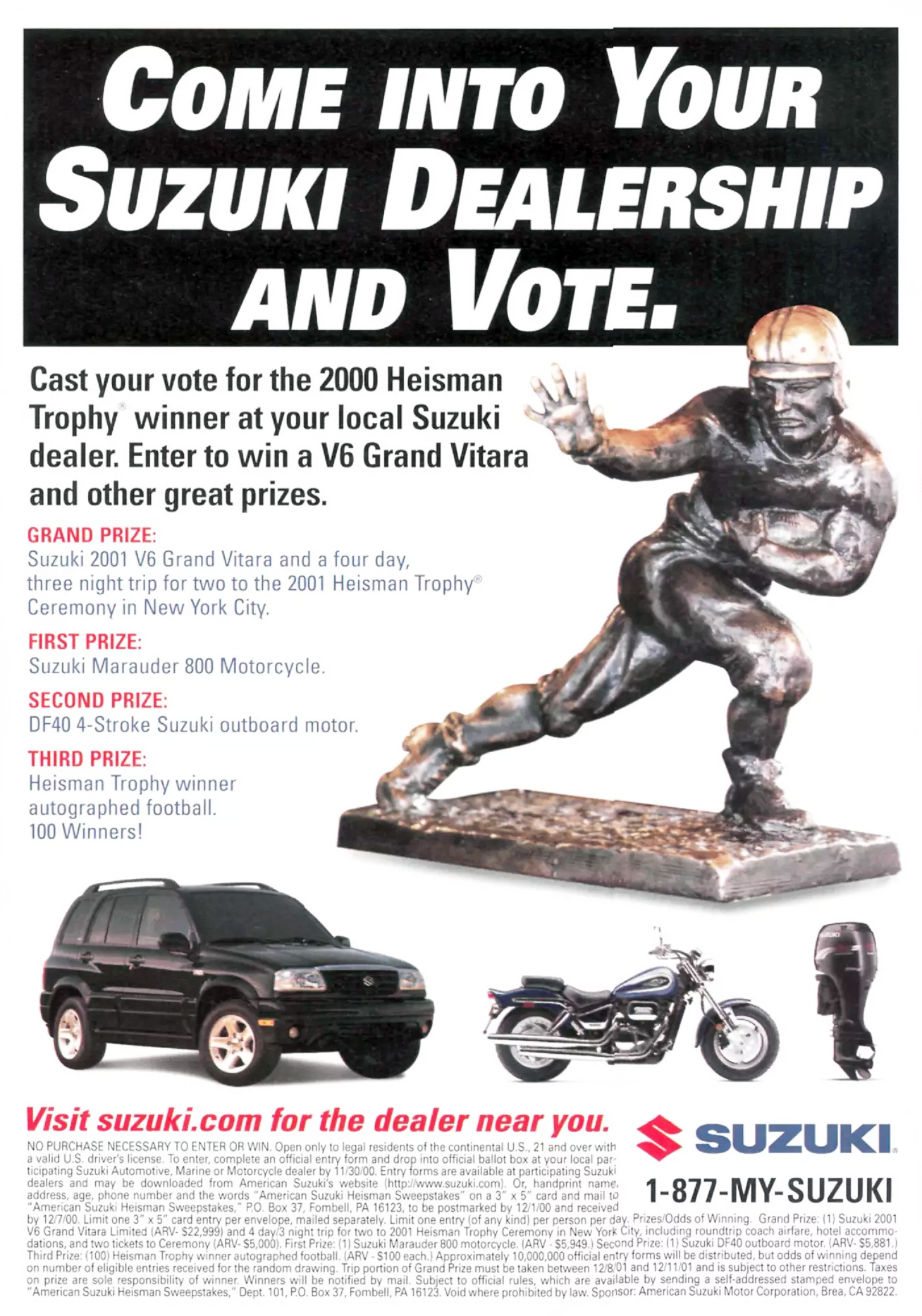