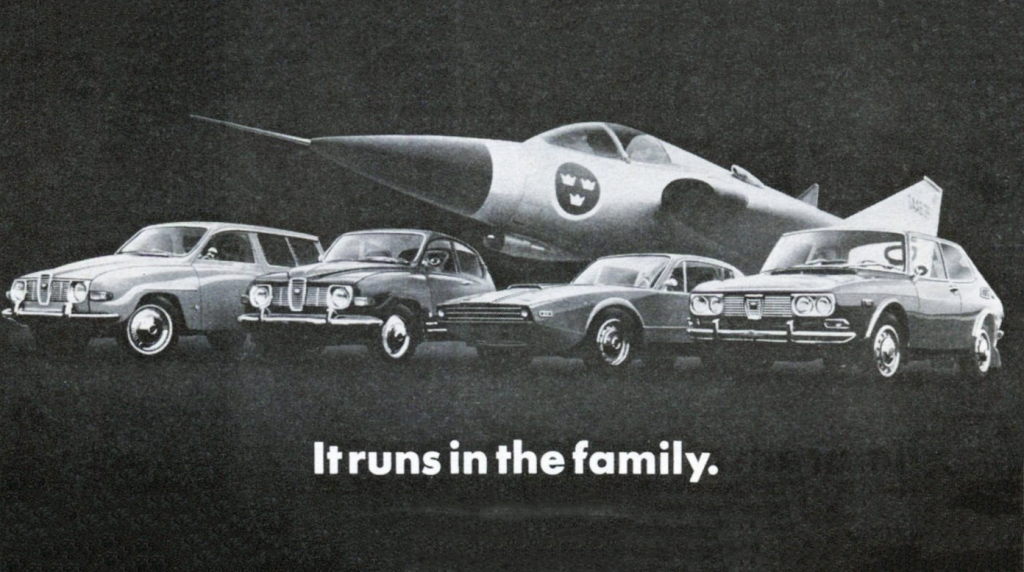 There’s almost no glamour to be found in flying these days. The events of September 11, 2001, certainly complicated the process of getting through an airport and onto a commercial flight, but even before that horrible day, flying was becoming more of a grind than an adventure for most travelers. We’ve all heard plenty of jokes about airline food…

There was a time, however, when airplanes represented everything that was wonderful about travel. It was for this reason that planes became a regular feature of print advertising, even if the product being touted had little if anything to do with booking an airline ticket. Planes were once especially popular in auto advertising.

Early on, airplanes in car ads represented the freedom of travel and the promise of adventure. Later, after World War II, planes came to represent science, technology, and performance.

We don’t see many planes in advertising anymore, probably because their novelty has long since wore off and few people make positive associations with air travel these days.

Collected here are a dozen car ads, each of which includes the image of at least one airplane. If you can identify any of these planes, please do. The place to leave comments is down below.

(Oh, and take note of the Cessna ad—it’s a plane ad that includes a car!) 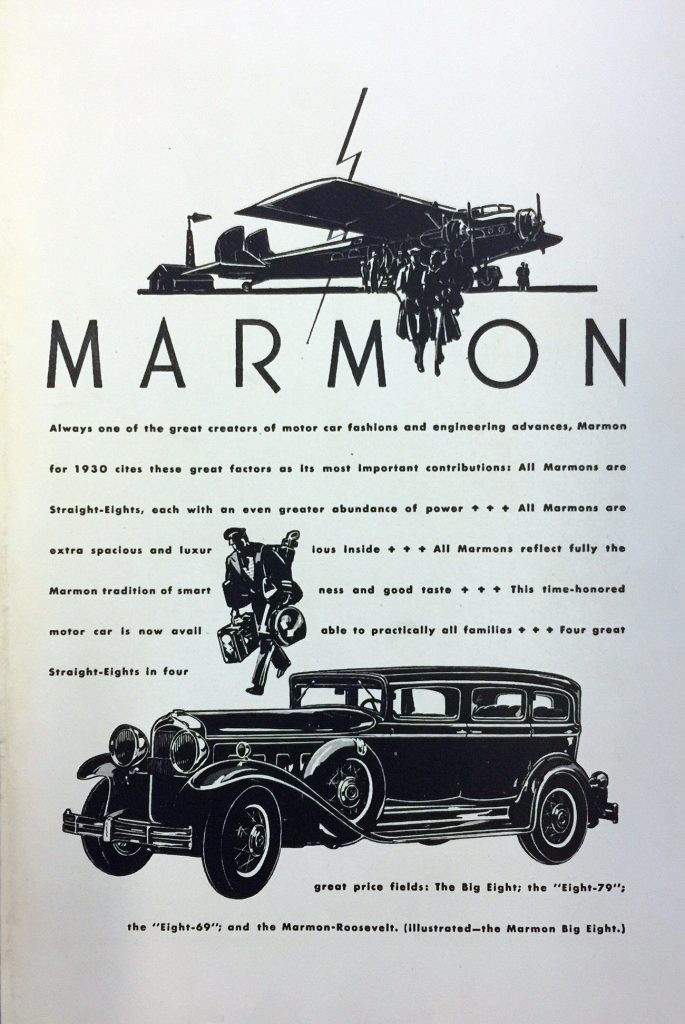 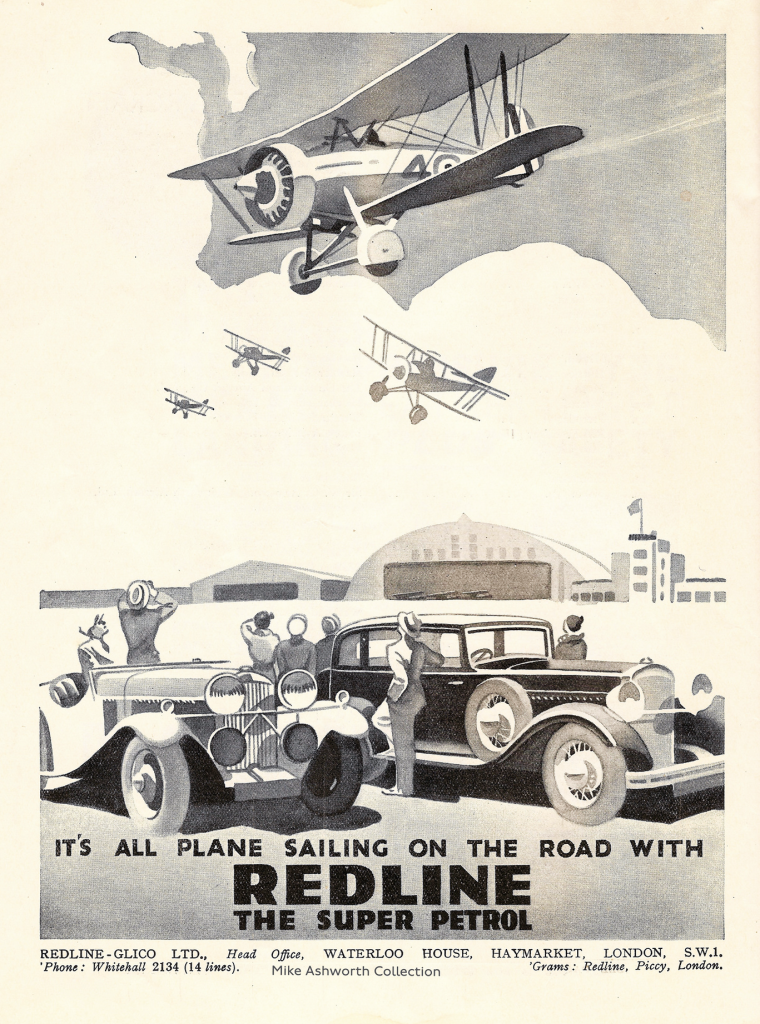 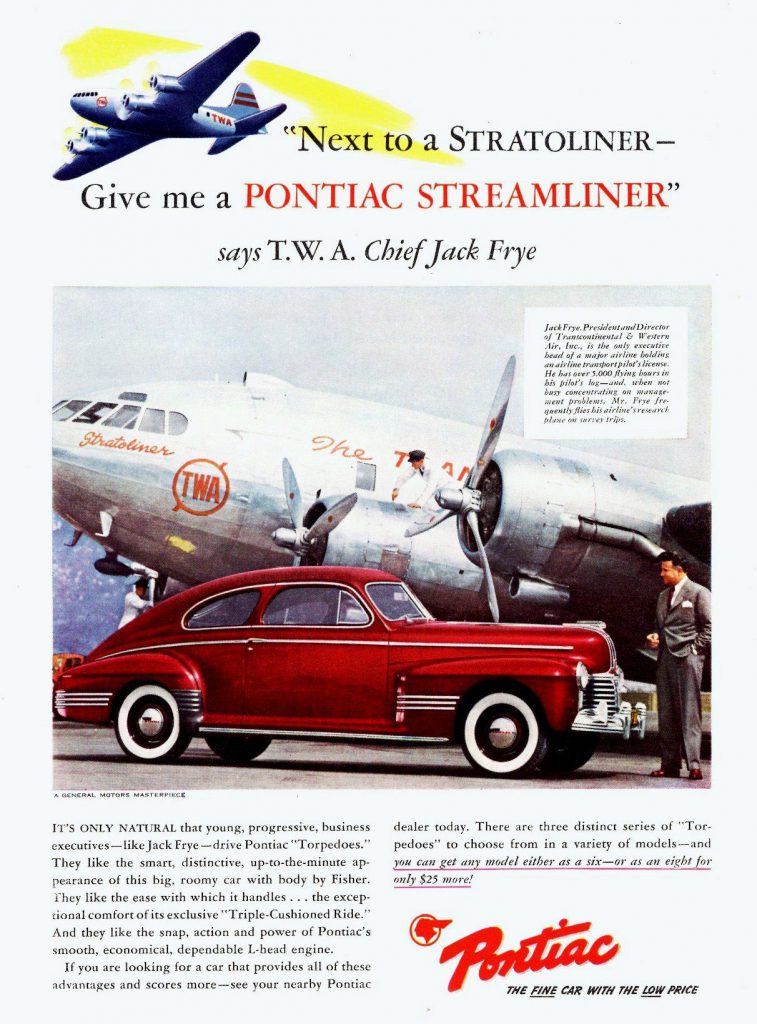 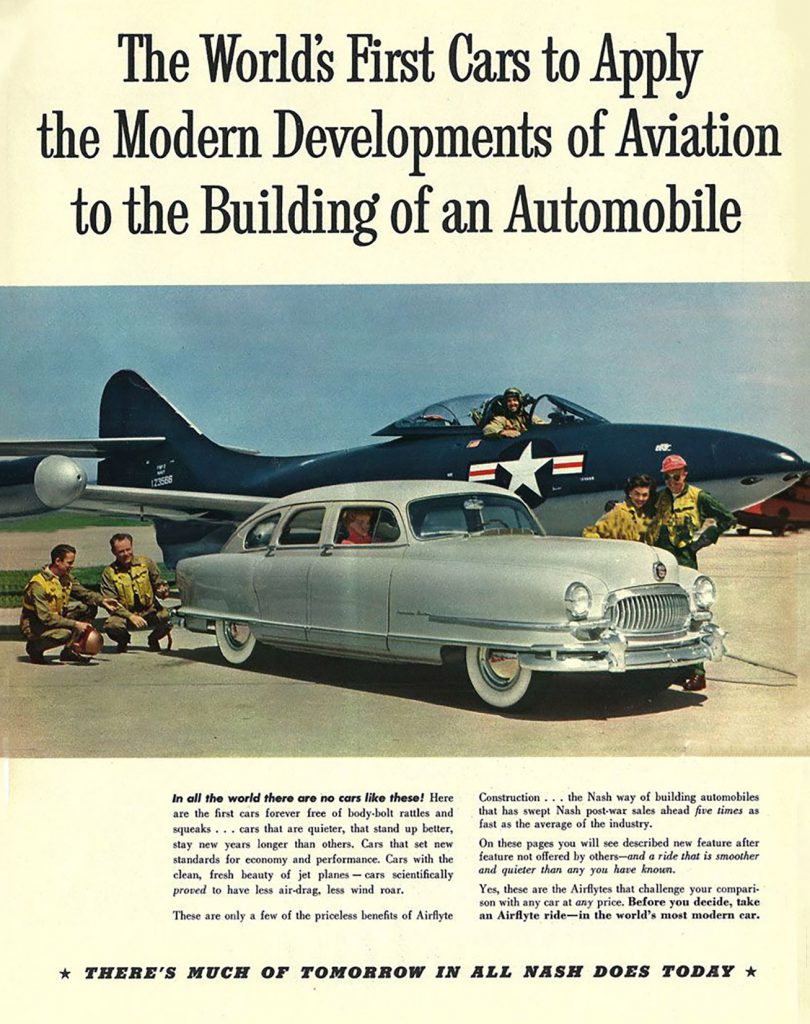 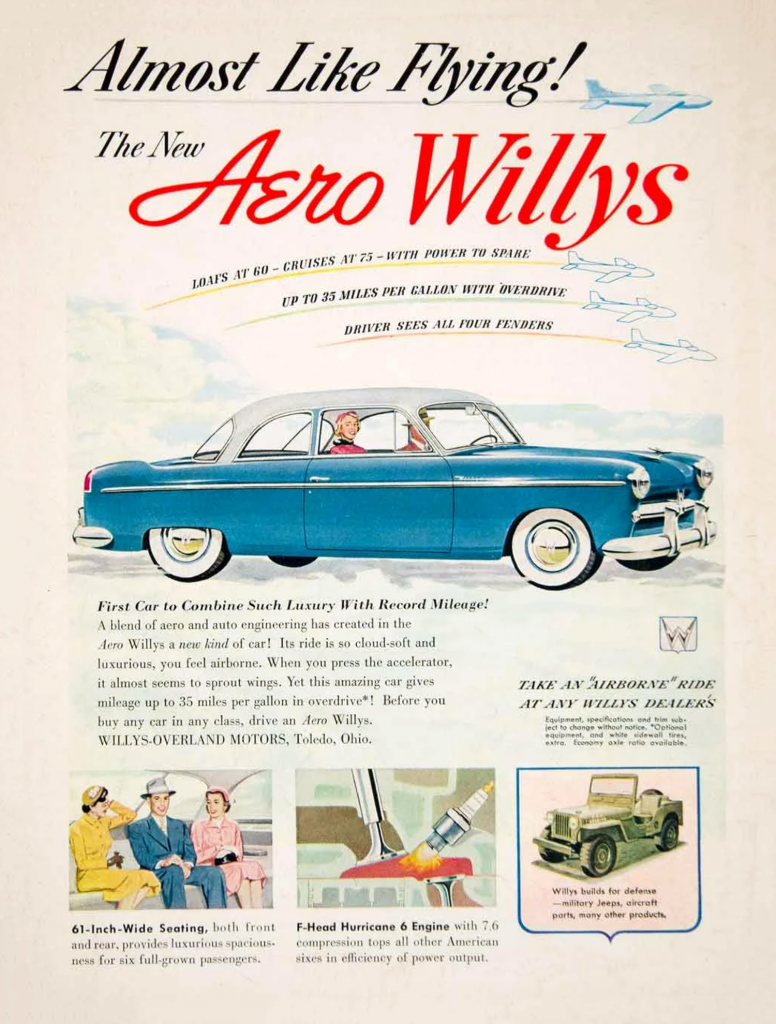 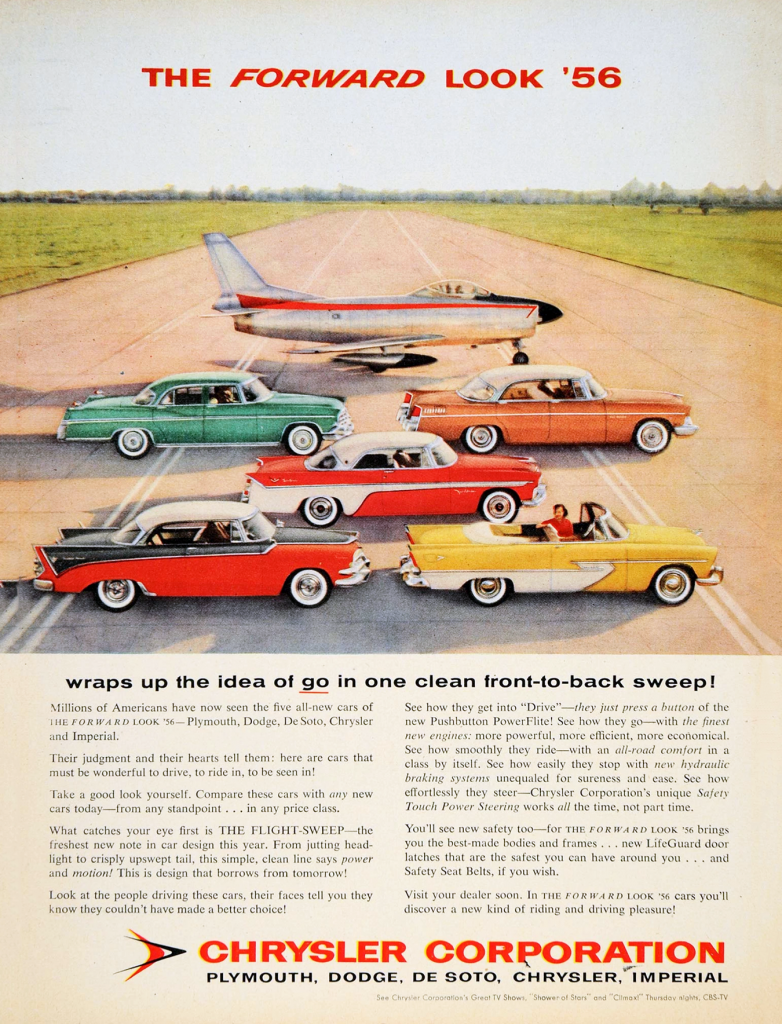 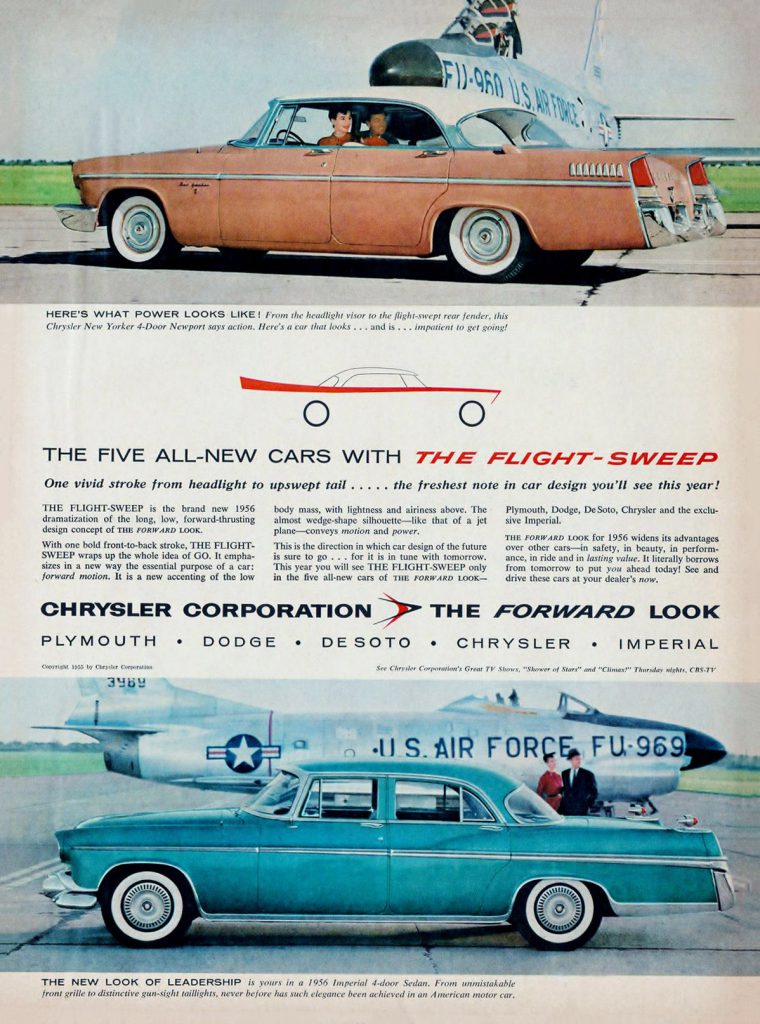 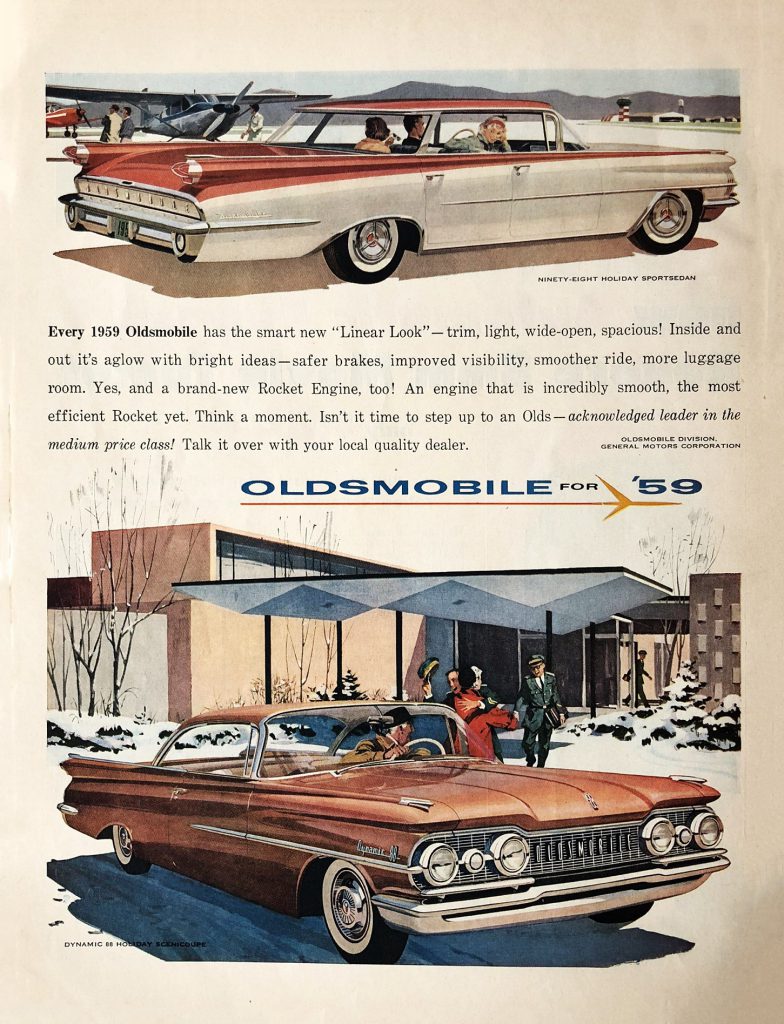 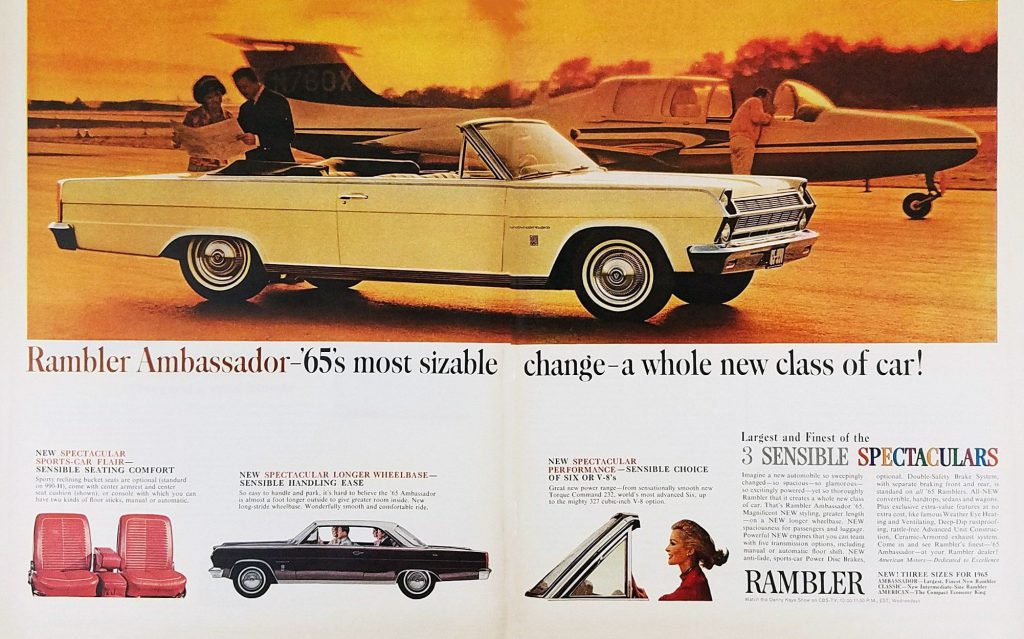 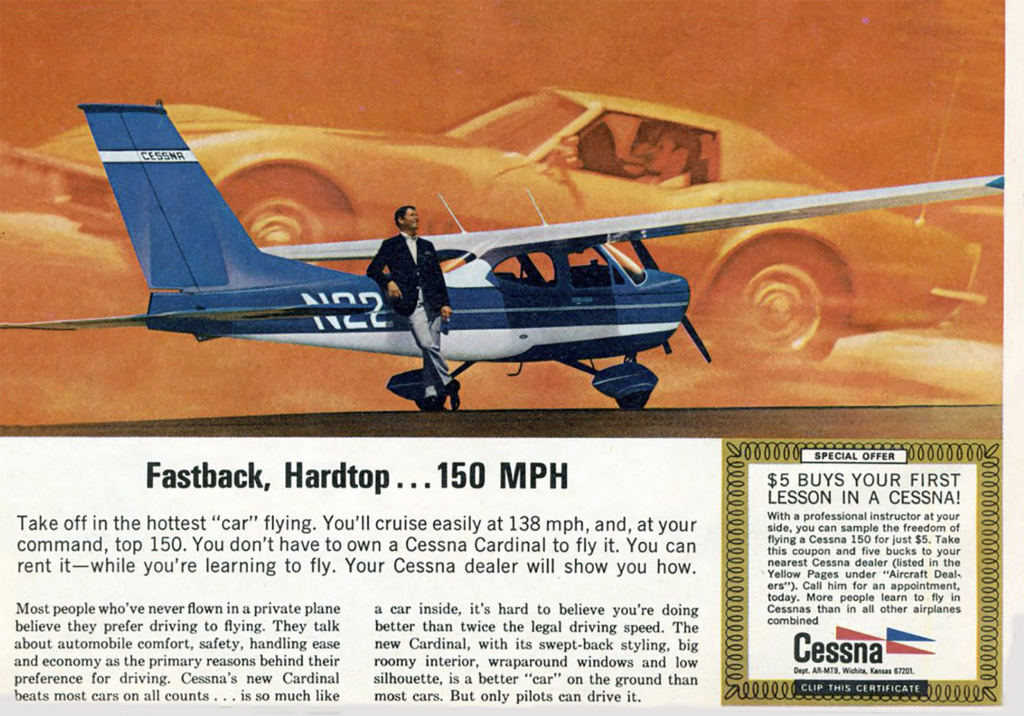 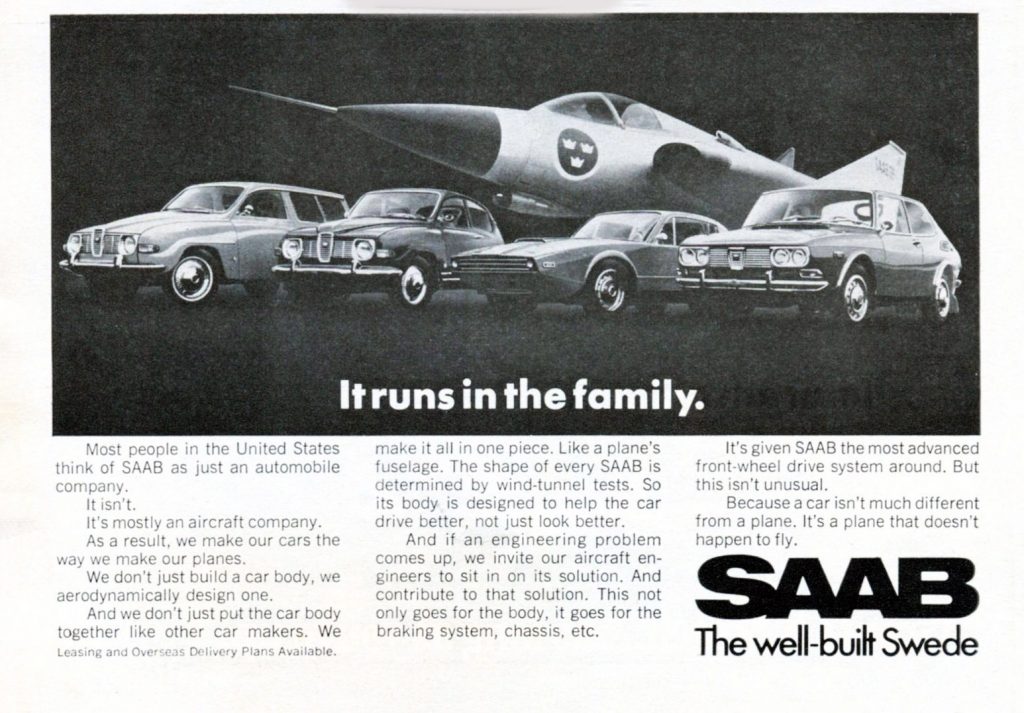 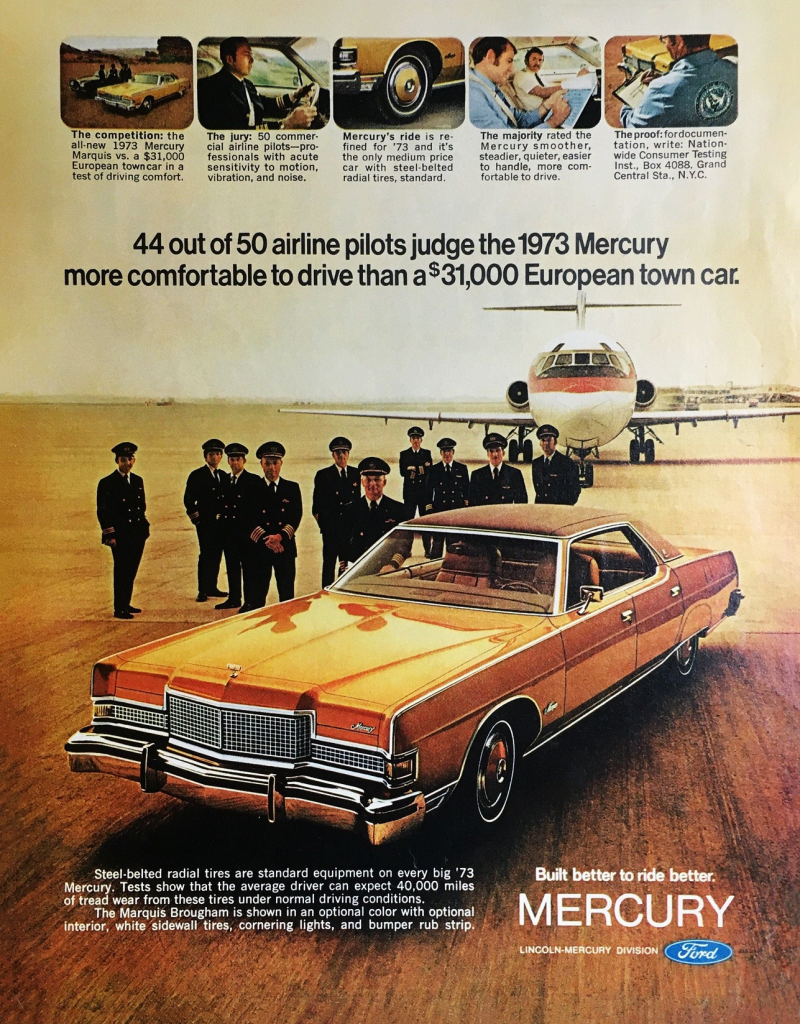