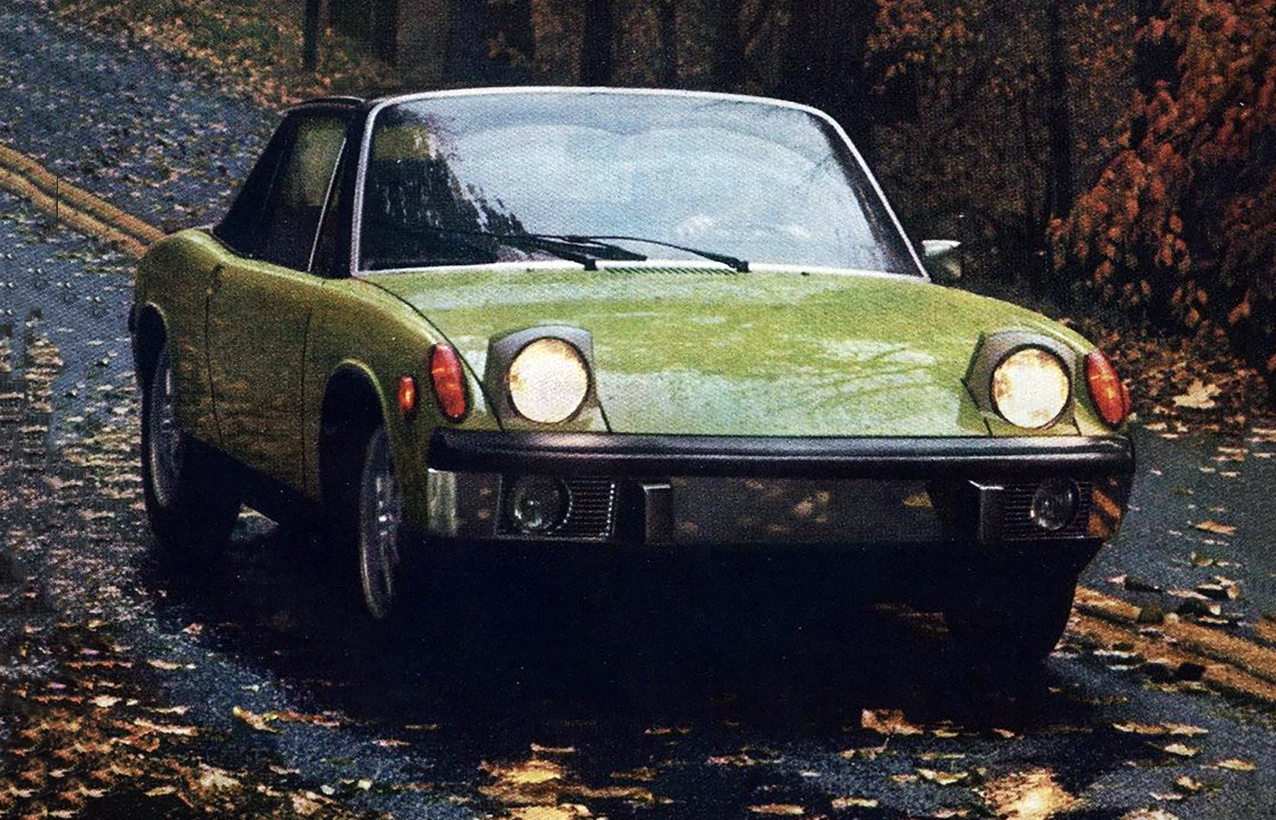 I recall a time, oh, 38 years ago, when my folks forbade me from driving to a friend’s house because it was raining. At the time, even if I believed that rain in any way made driving more dangerous, I wasn’t prepared to admit it. Besides, real car guys were unafraid of driving in snow, at night, and through downpours. Honestly, I still enjoy driving around through fresh snow.

Still, rain is a serious traffic matter, and the Wisconsin Department of Transportation’s Motorists’ Handbook has this to say on the matter:

When it is raining or the road is wet, most tires have good traction up to about 35 mph. However as you go faster, your tires will start to ride up on the water, like water skis. This is called “hydroplaning.” In a heavy rain, your tires can lose all traction with the road at about 50 mph. Wide tires or tires that are bald or badly worn will lose traction at much lower speeds. The best way to keep from hydroplaning is to slow down in the rain or when the road is wet. If it feels like your tires have lost traction with the surface of the road, you should:

Only try to turn if it’s an emergency. If you must turn, do it slowly, or your vehicle may skid.

Let’s not forget another important point about rain: most cars look pretty good when they’re wet. Turns out carmakers aren’t oblivious to the whole rain thing. Either because rain makes their cars look good, or because it makes their cars seem like sanctuaries of comfort and safety, automakers have produced many car ads set during moments of precipitation. We hope you enjoy the collection of such ads shared below.

Cars in the Rain 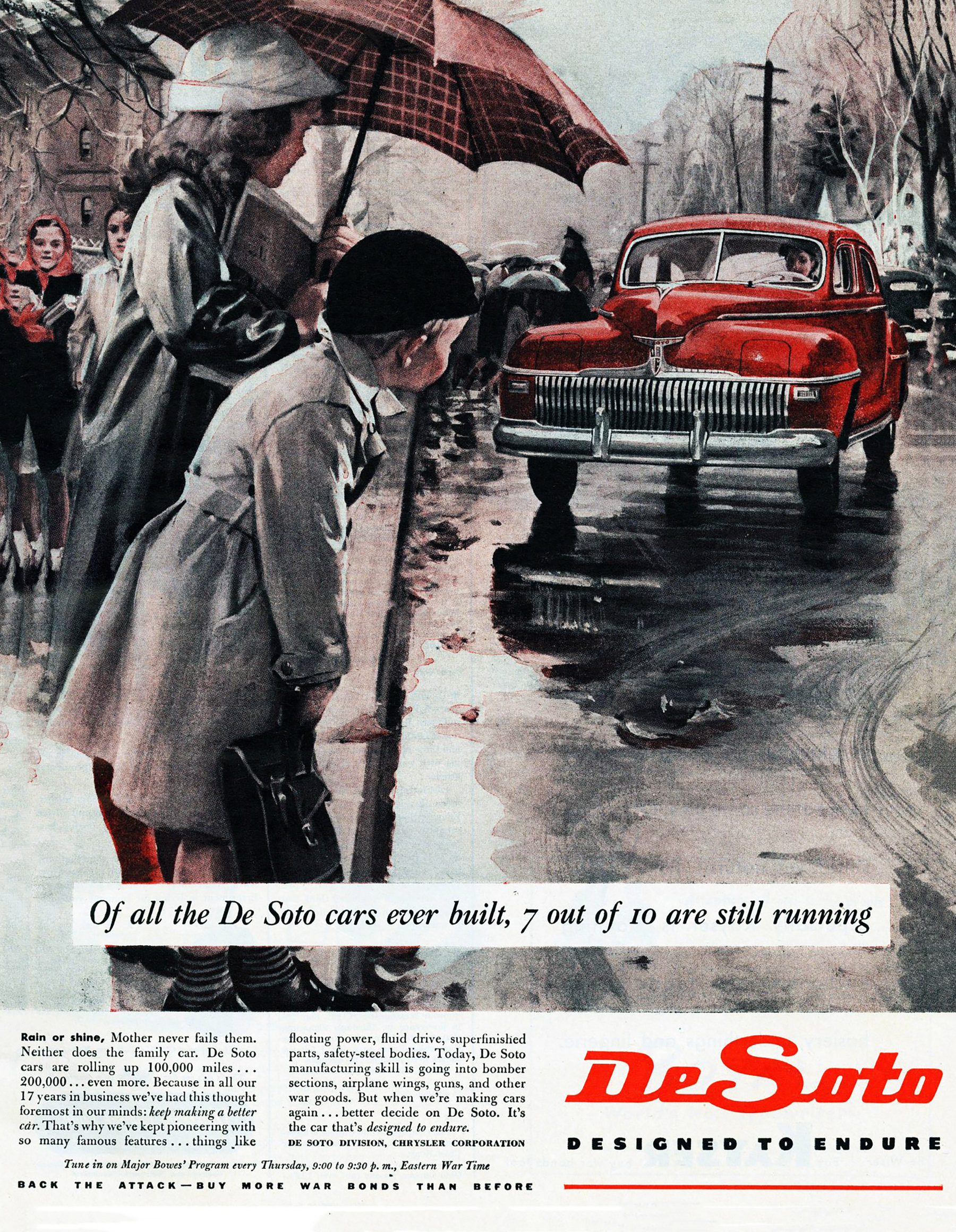 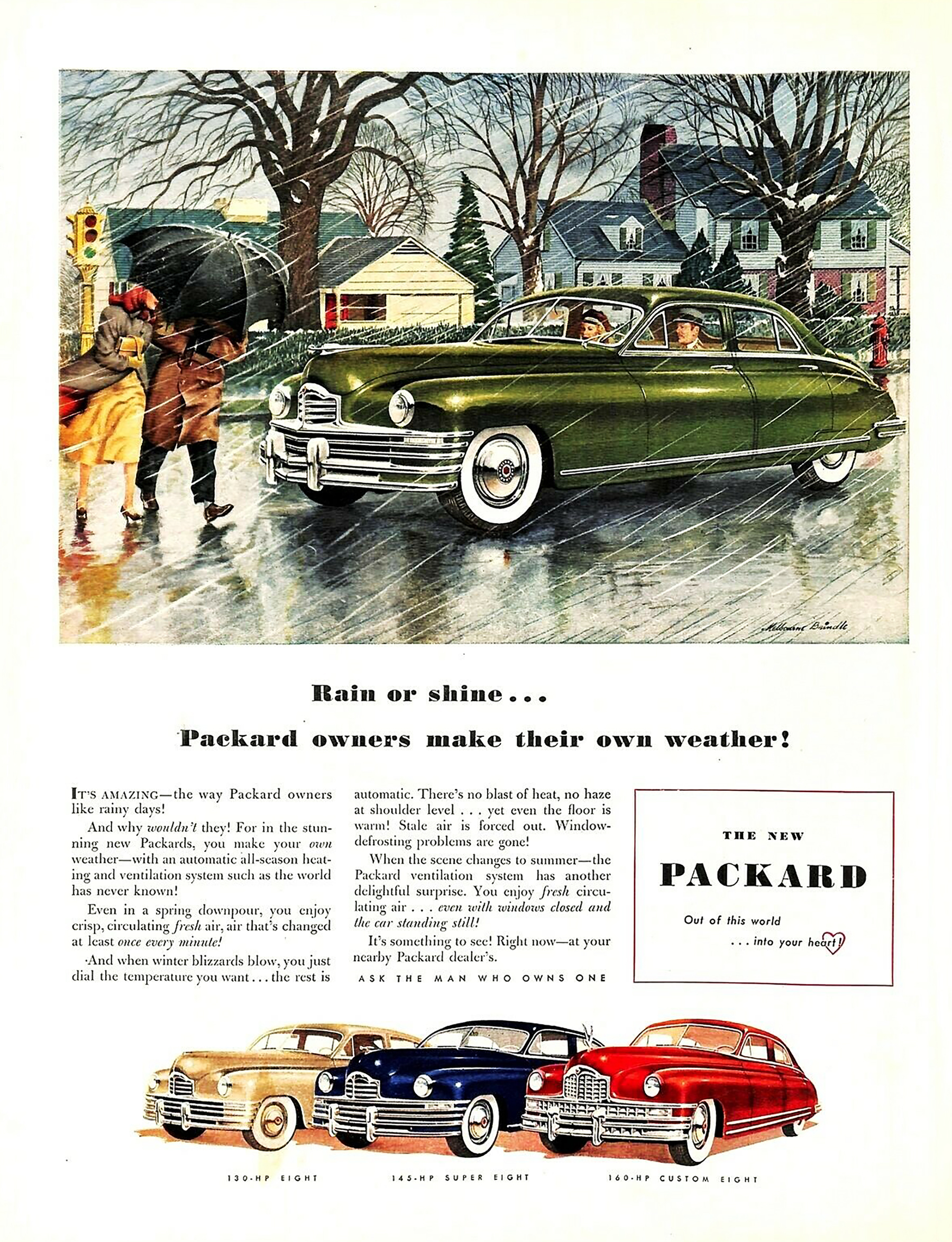 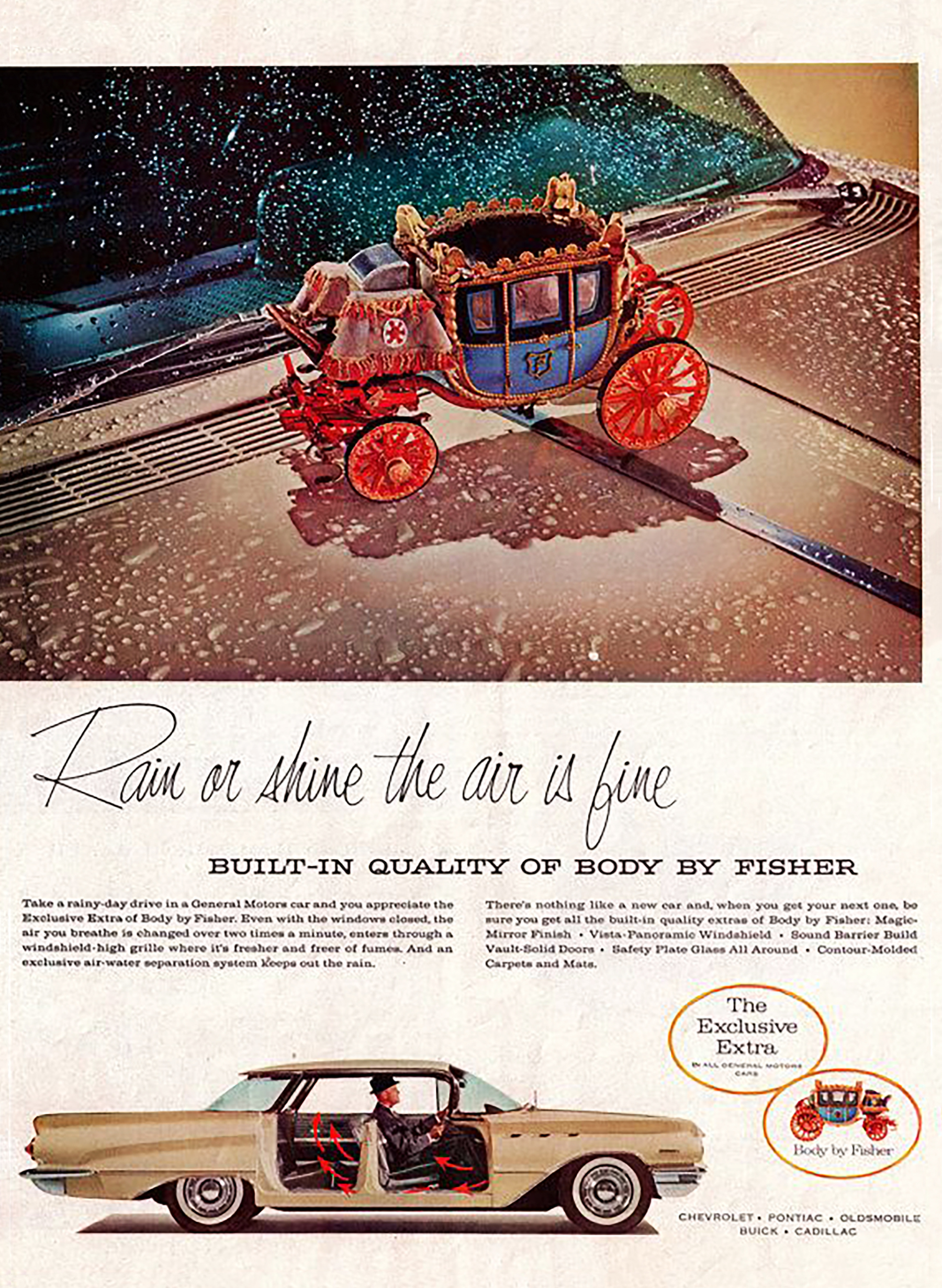 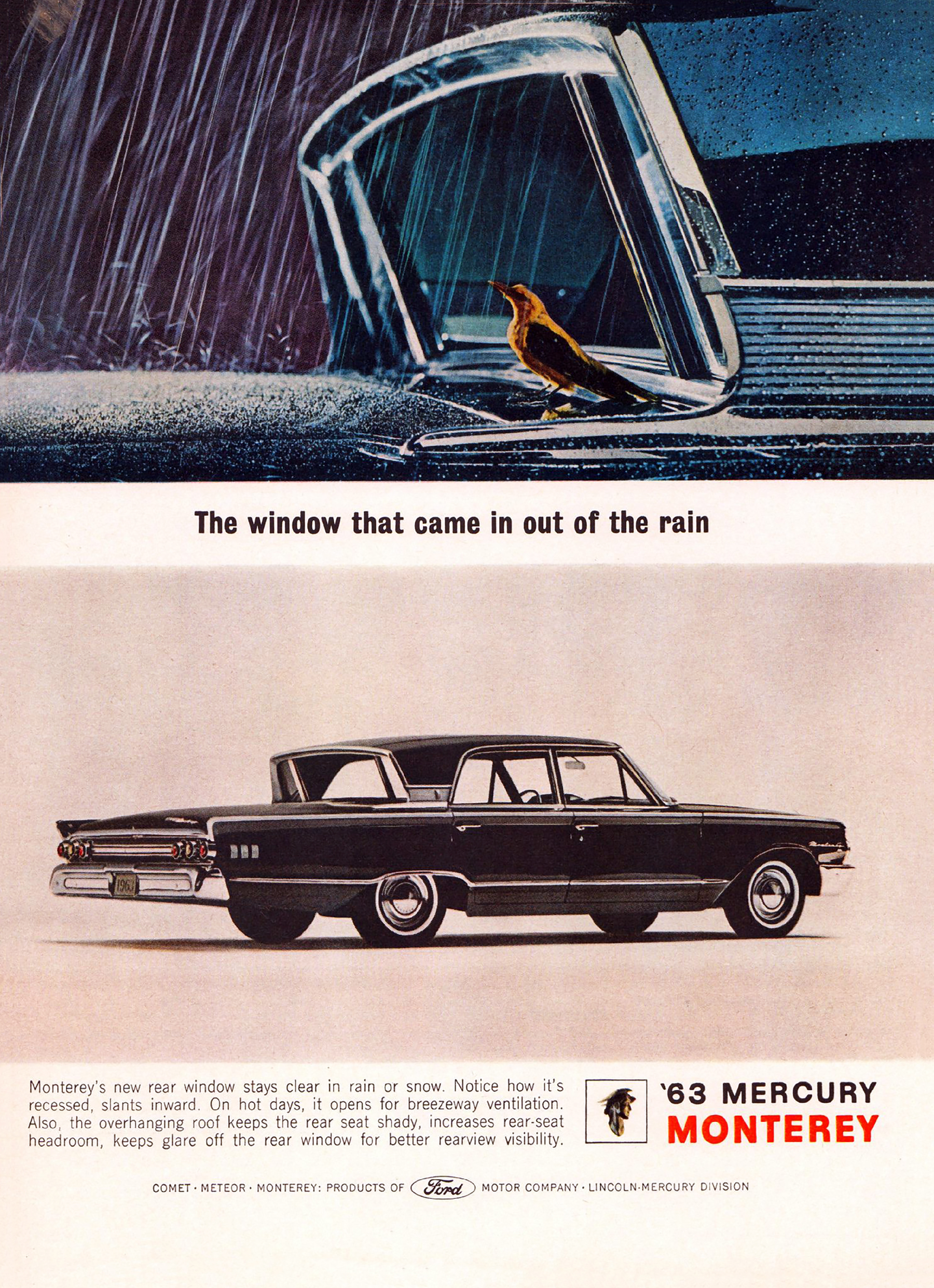 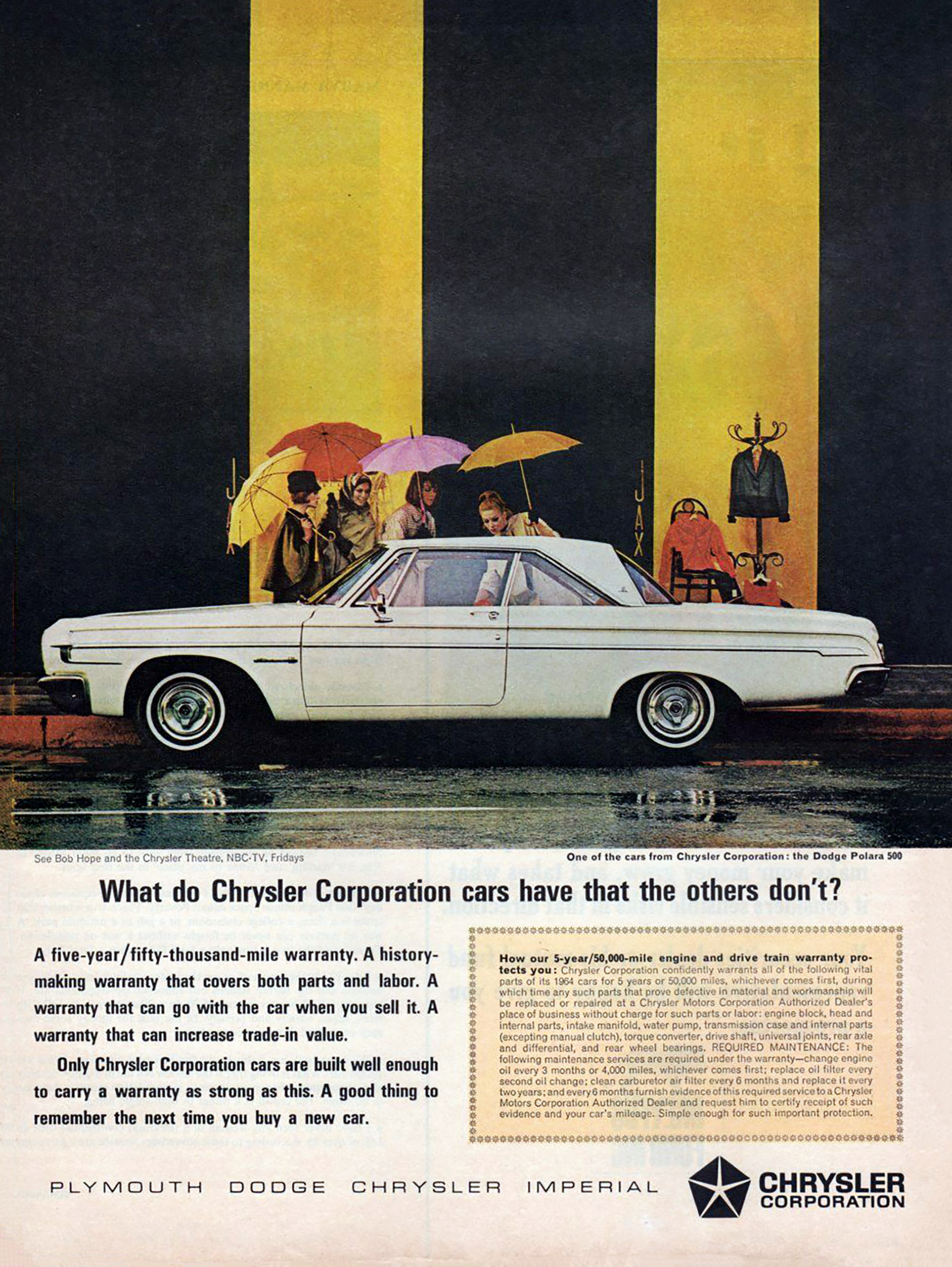 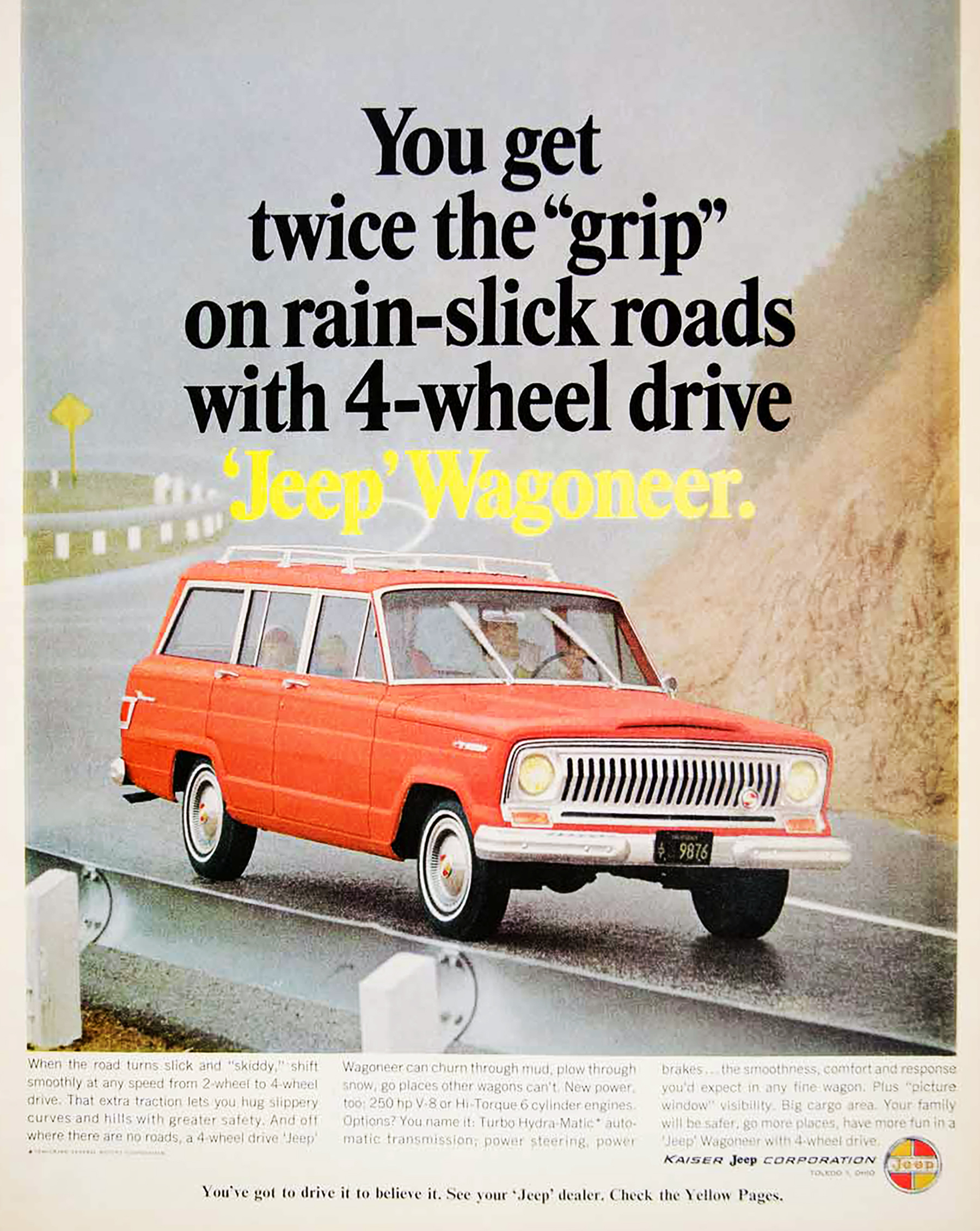 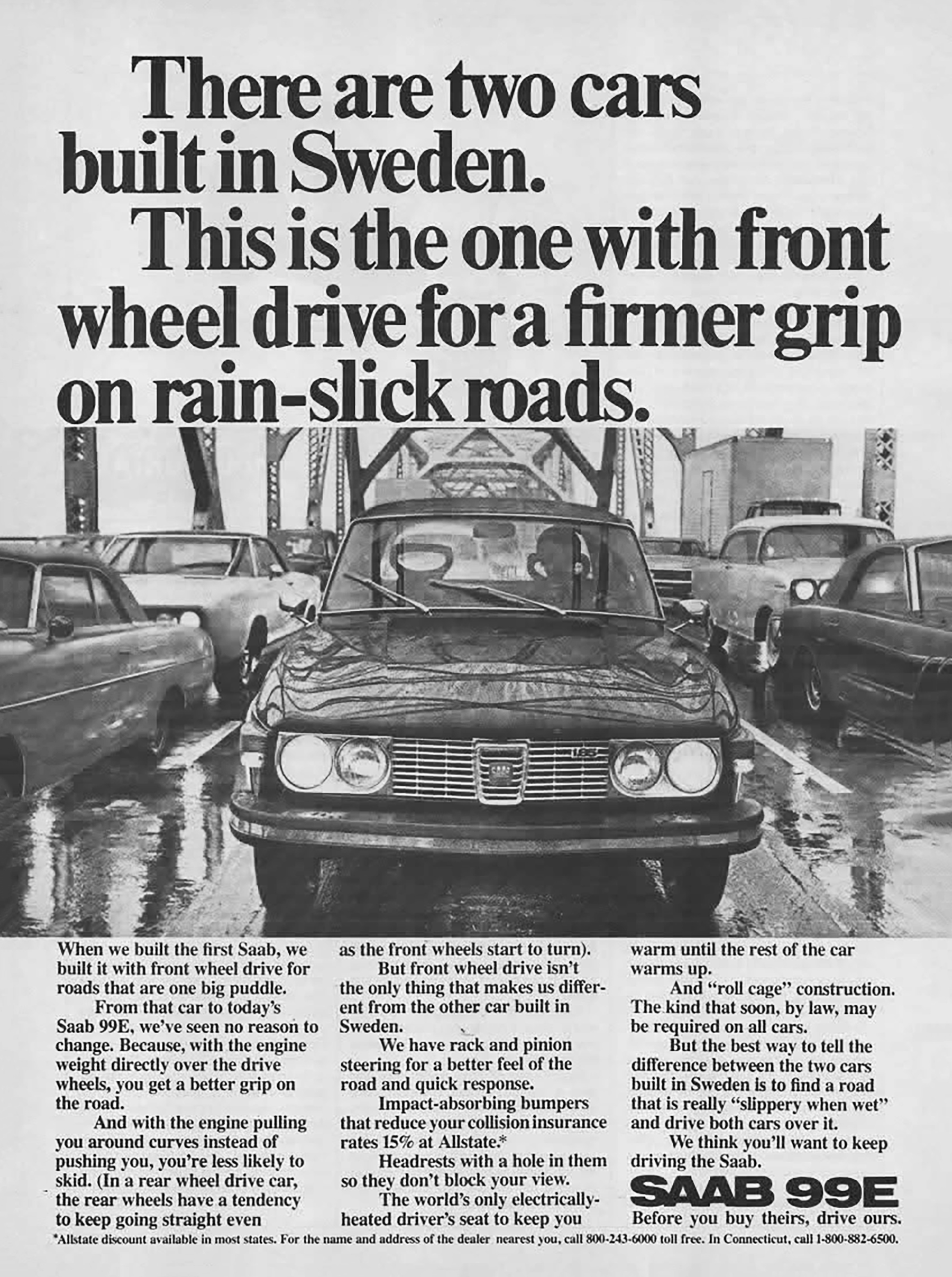 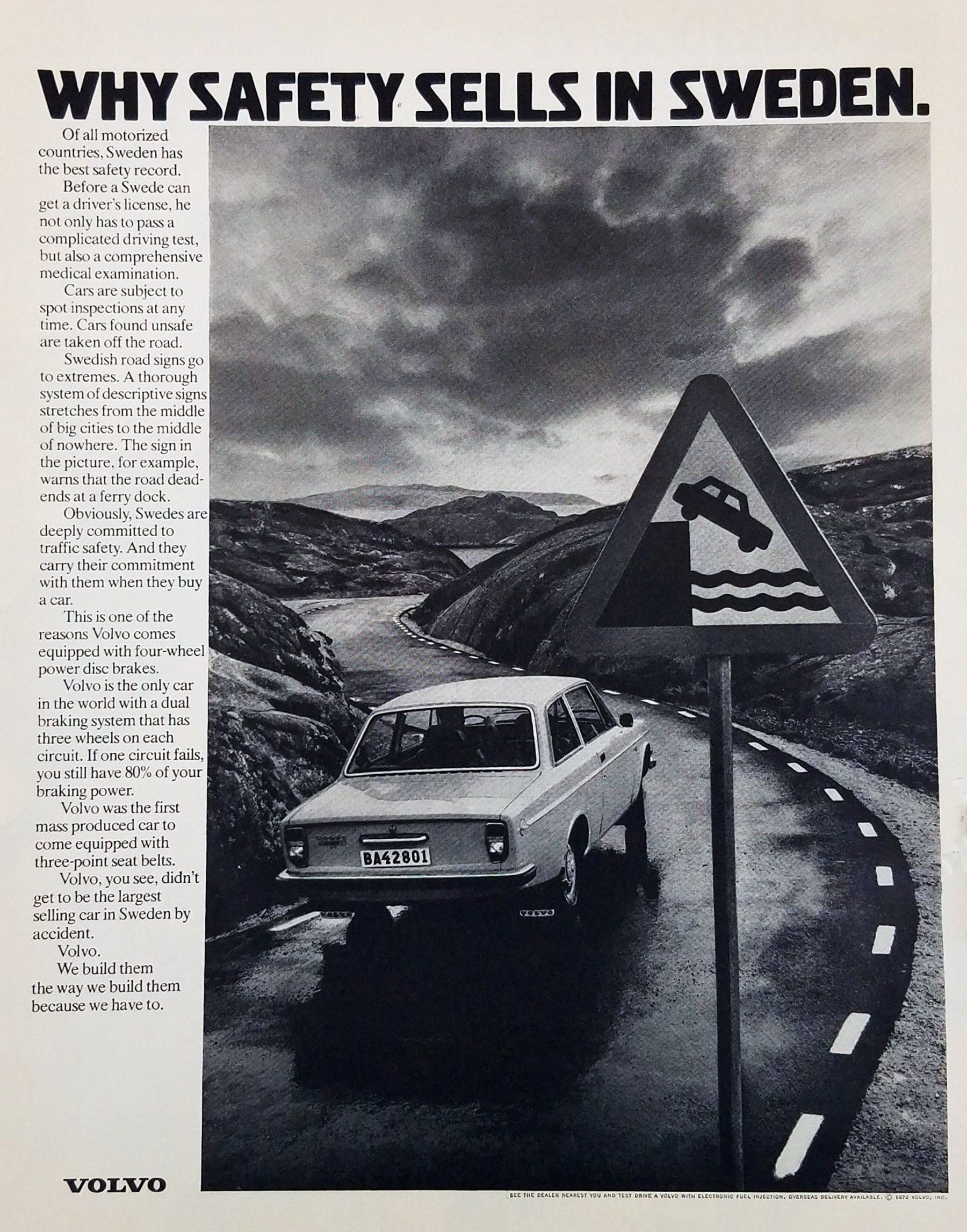 What Did The Saint Drive? (Hint, it was a Volvo) 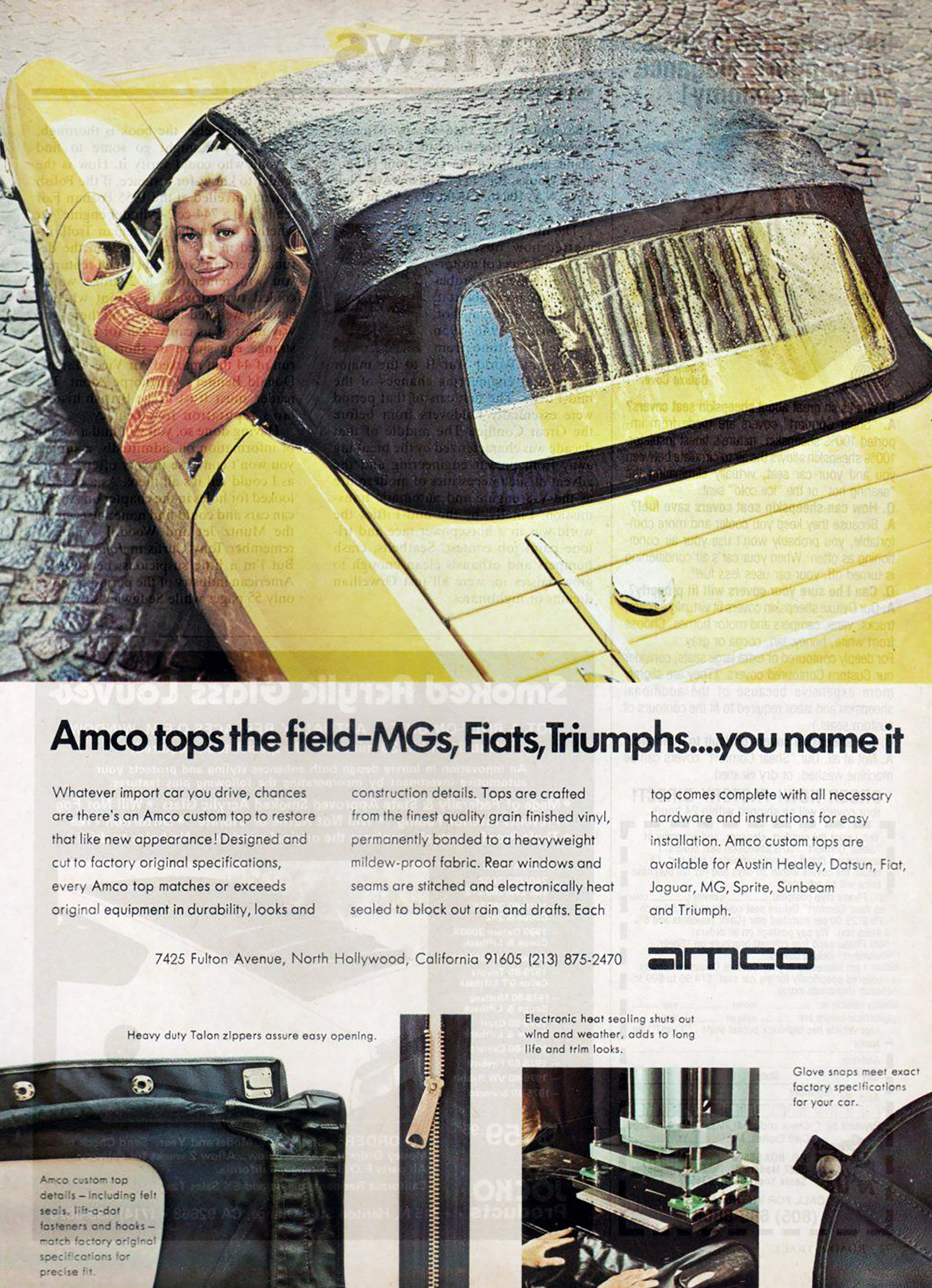 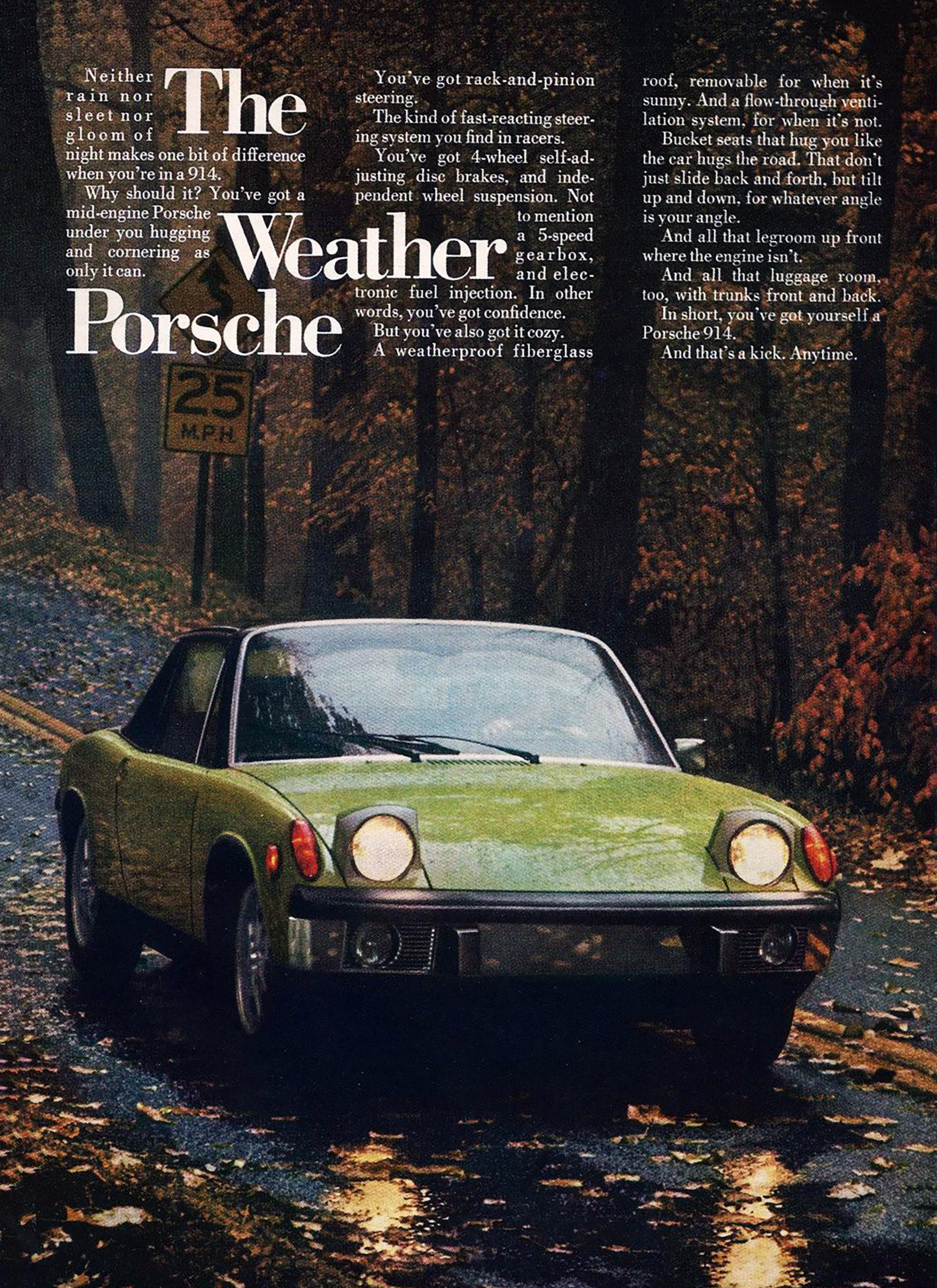 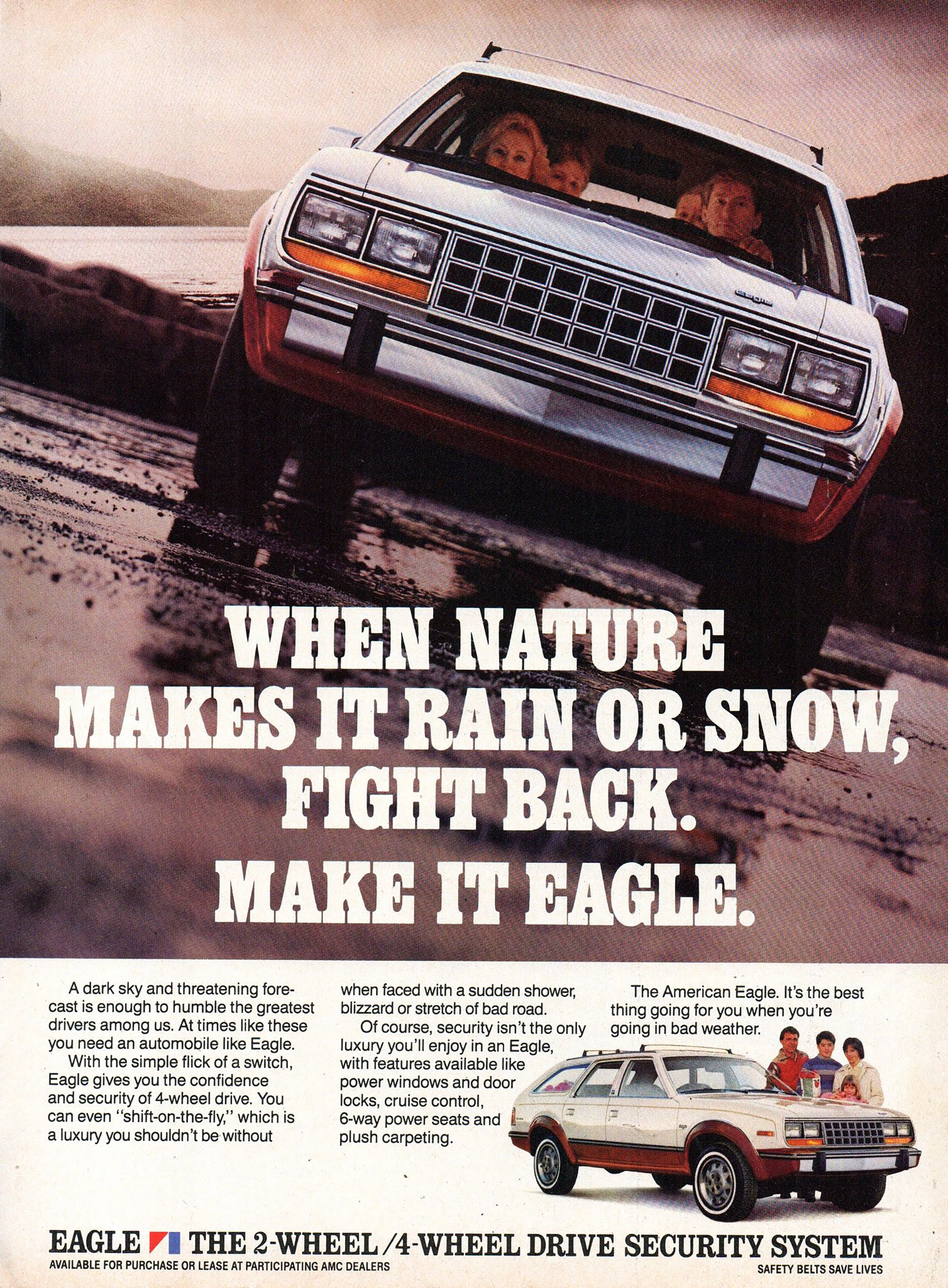 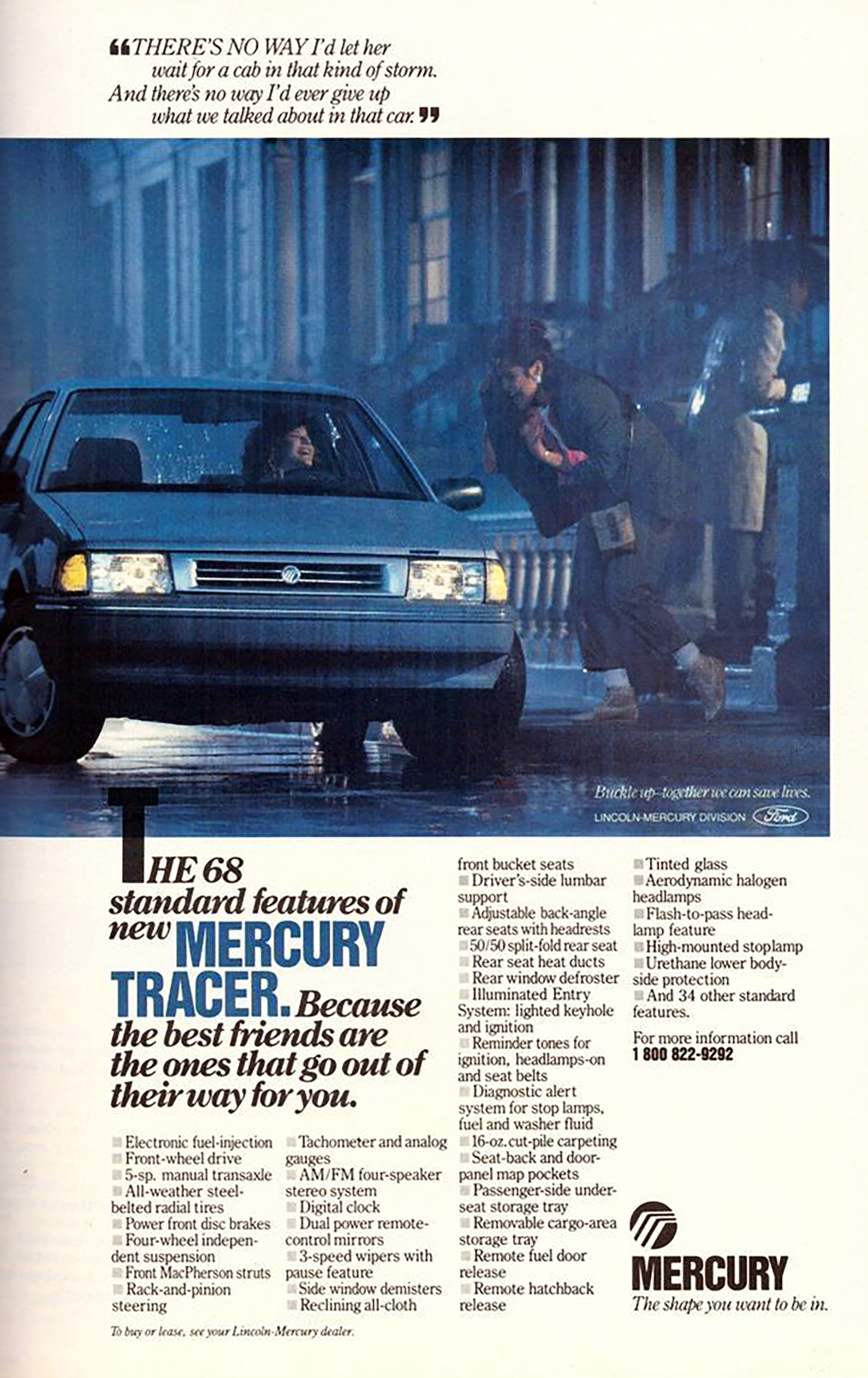 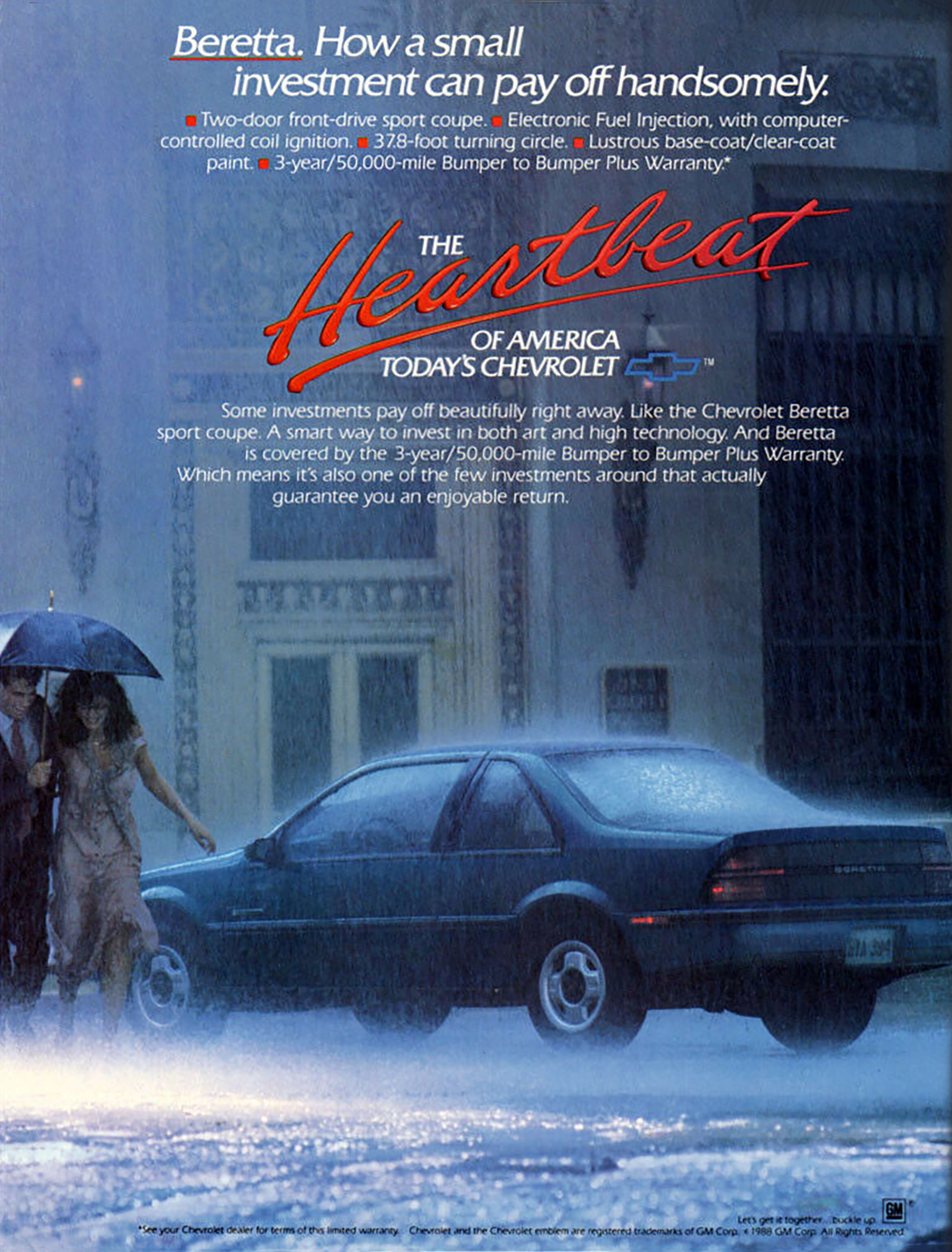 Cars in the Rain Ad Gallery 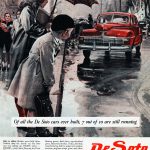 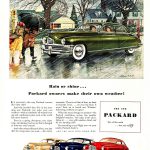 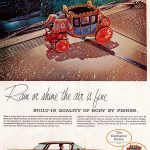 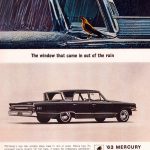 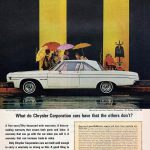 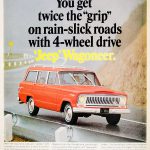 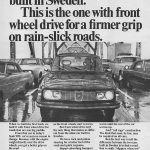 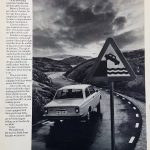 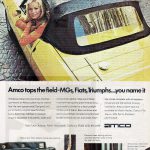 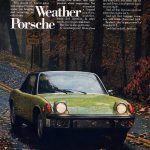 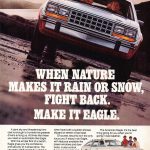 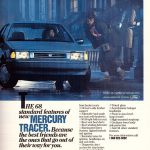 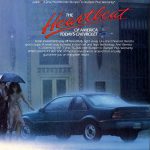 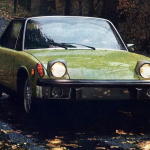 Cars in the Rain