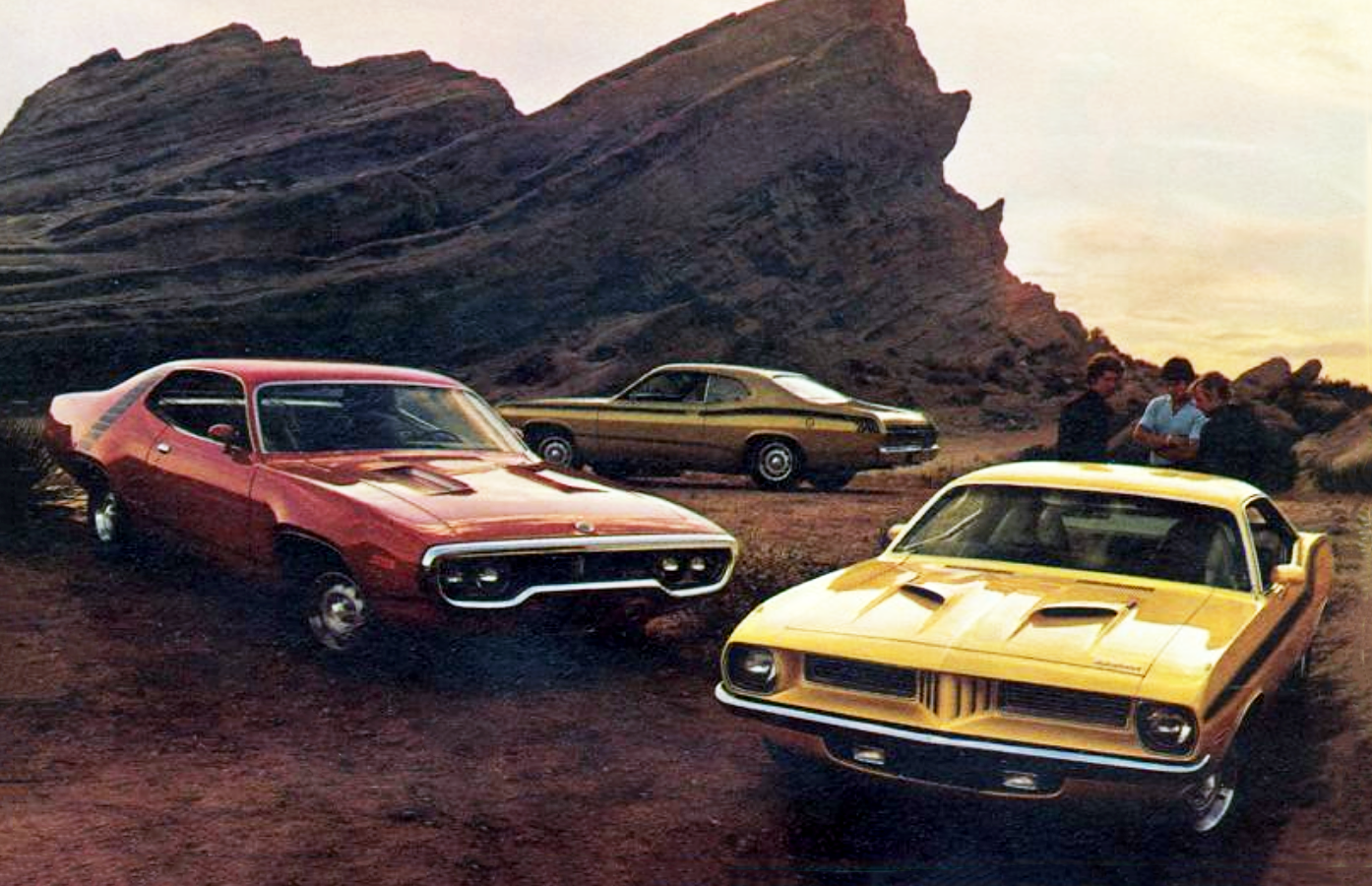 More than most brands, Plymouth was an automotive marque with many personalities. As a kid, I knew no one with an interesting Plymouth. I learned to drive on a Slant-Six-powered 1974 Valiant that had been repainted by Earl Scheib.

A buddy of mine drove a Satellite with a 318, which was the closest any of my friends ever came to an exciting Plymouth. To me, Plymouths were affordable, reliable, and reasonably fuel efficient, at least by the standards of the day.

I never spent time in a Barracuda or GTX, never heard the roar of a 440-cubic-inch V8 venting through Glasspacks, and certainly never enjoyed the thrill of anything Hemi-powered.

There’s a good chance your experience with Plymouth was very different from mine. Still, I remember the brand fondly, as reliability and low cost of ownership were things my family and friends put a high value on back in the day.

To celebrate this now-defunct arm of what we once called the Chrysler Corporation, we have amassed 20 classic print ads for your consideration. If you have any specific Plymouth memories, please tell us about them. The place to leave comments is down below. 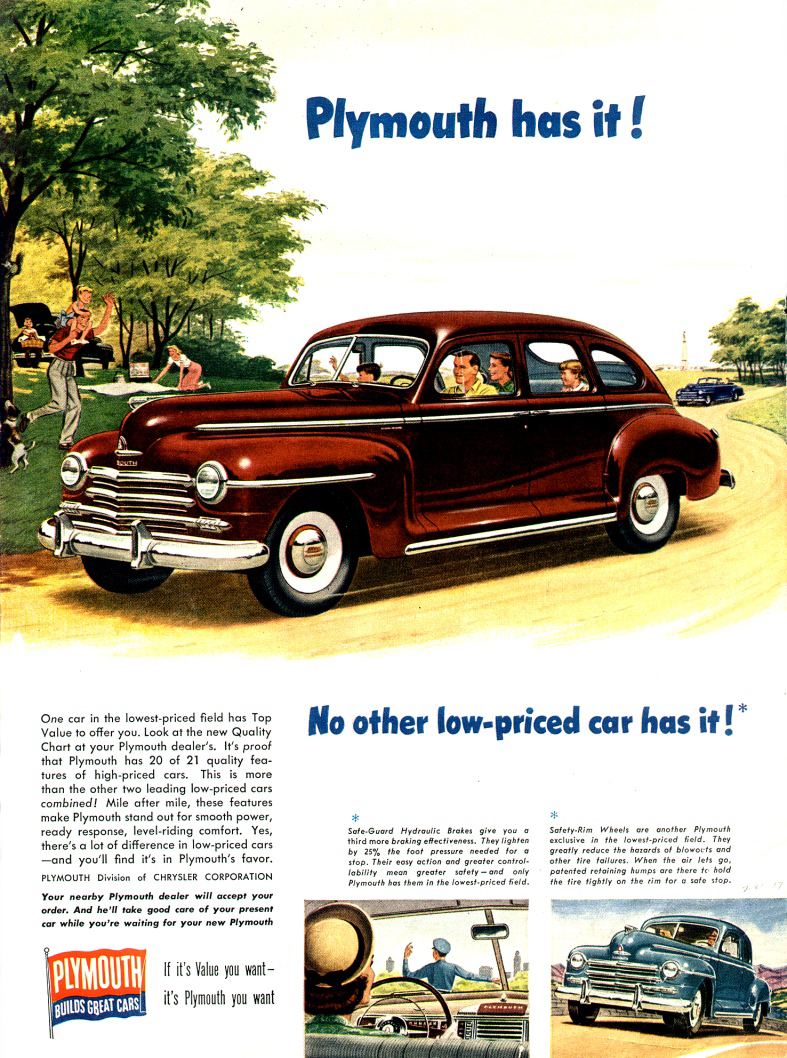 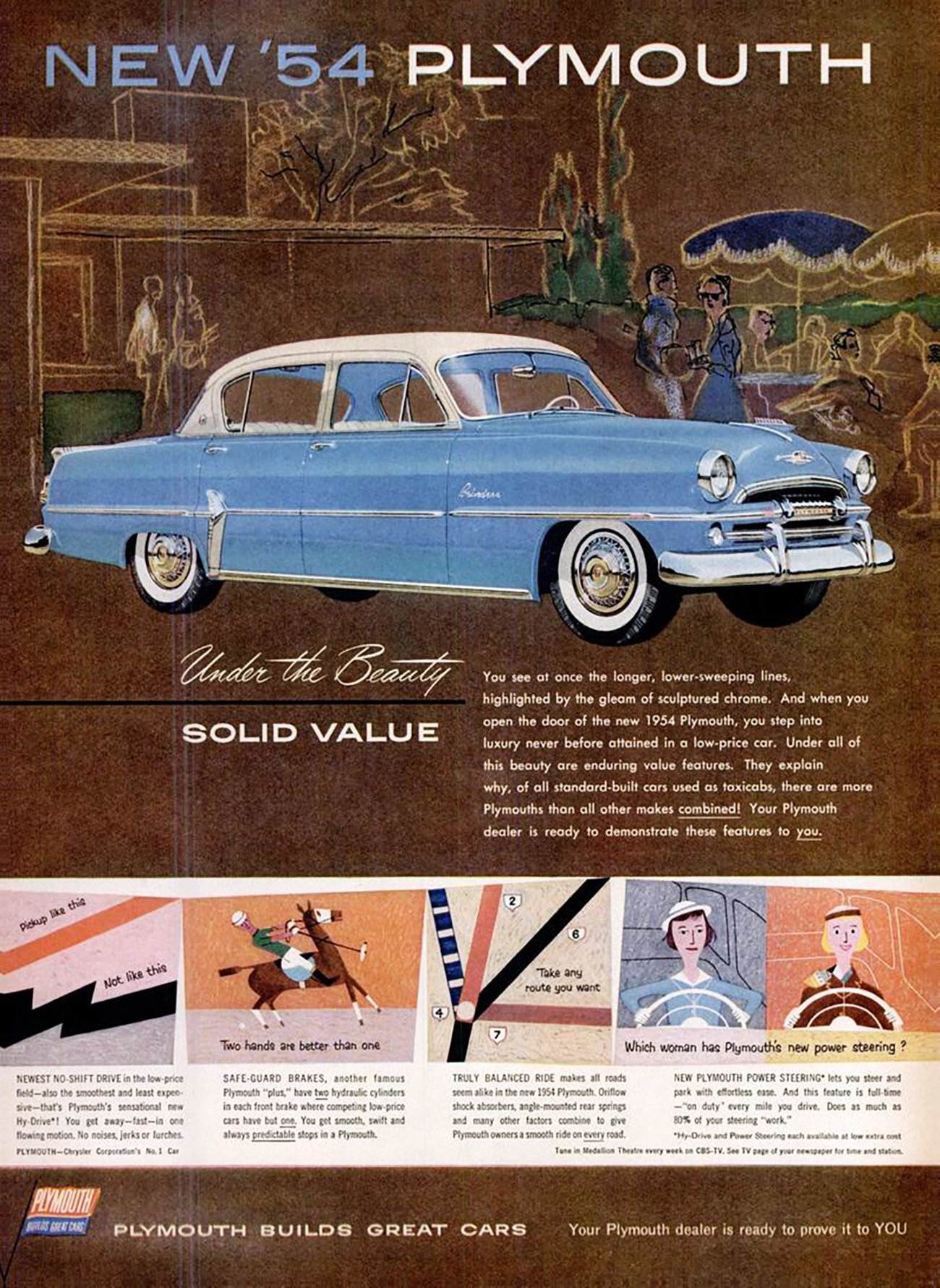 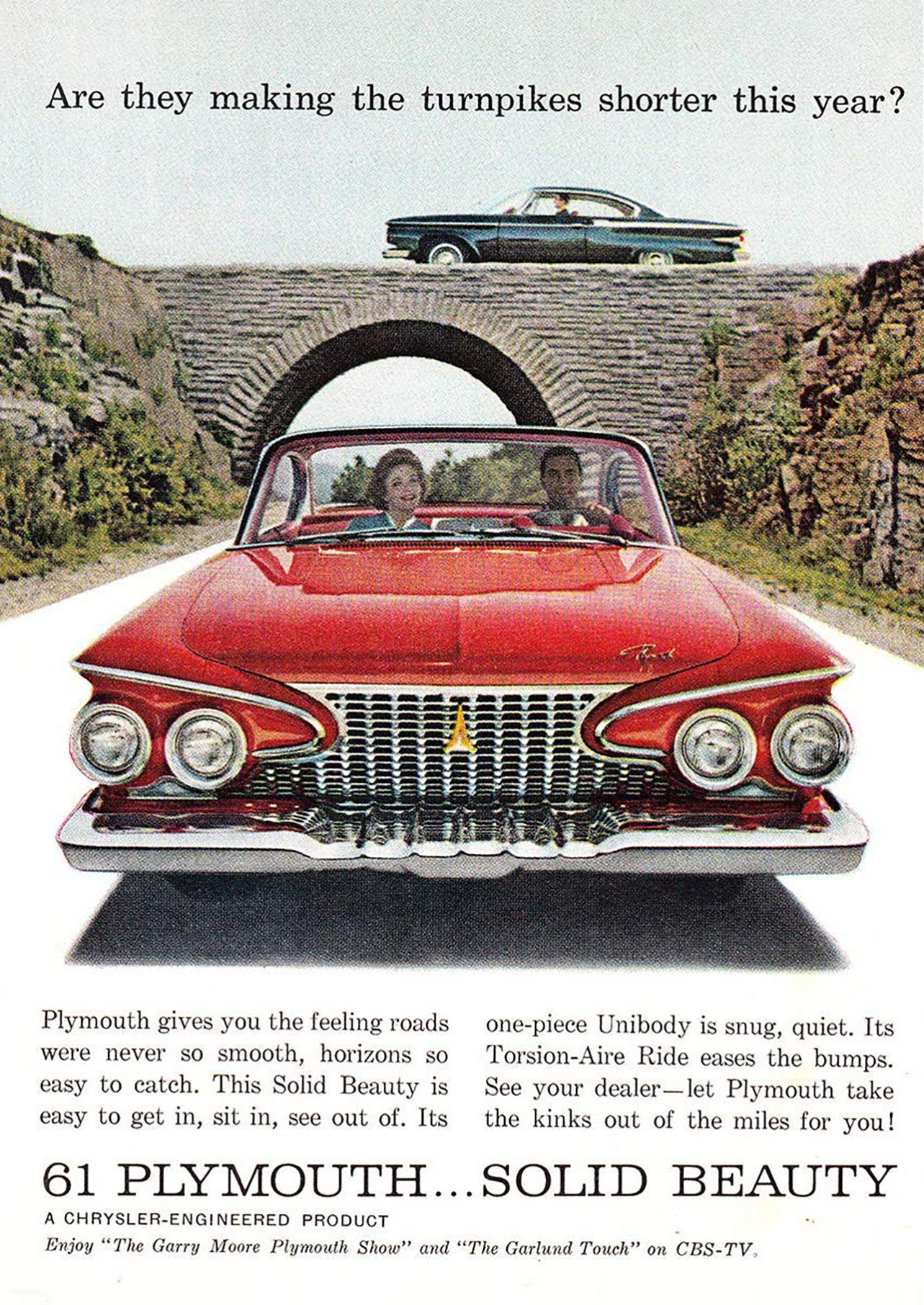 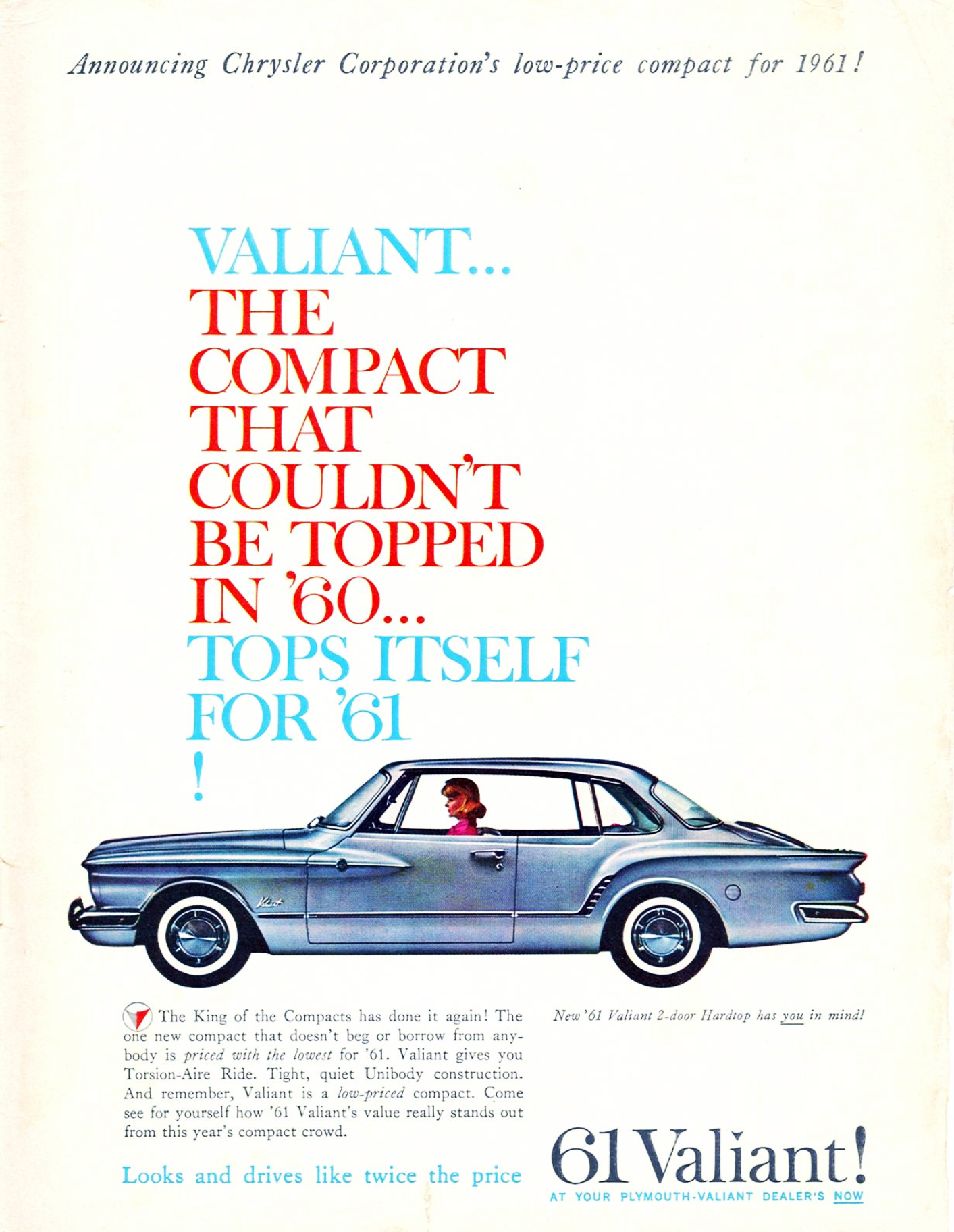 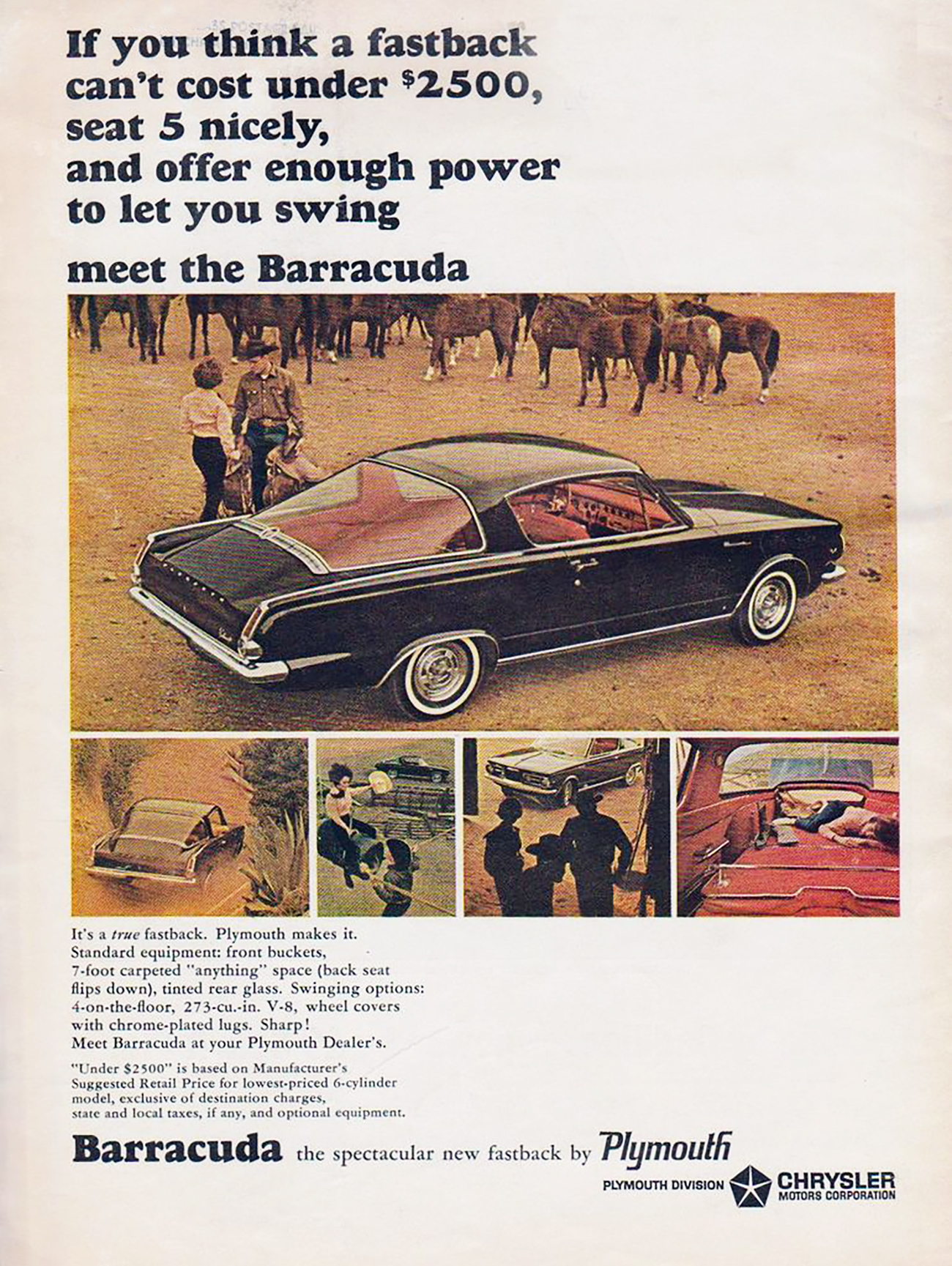 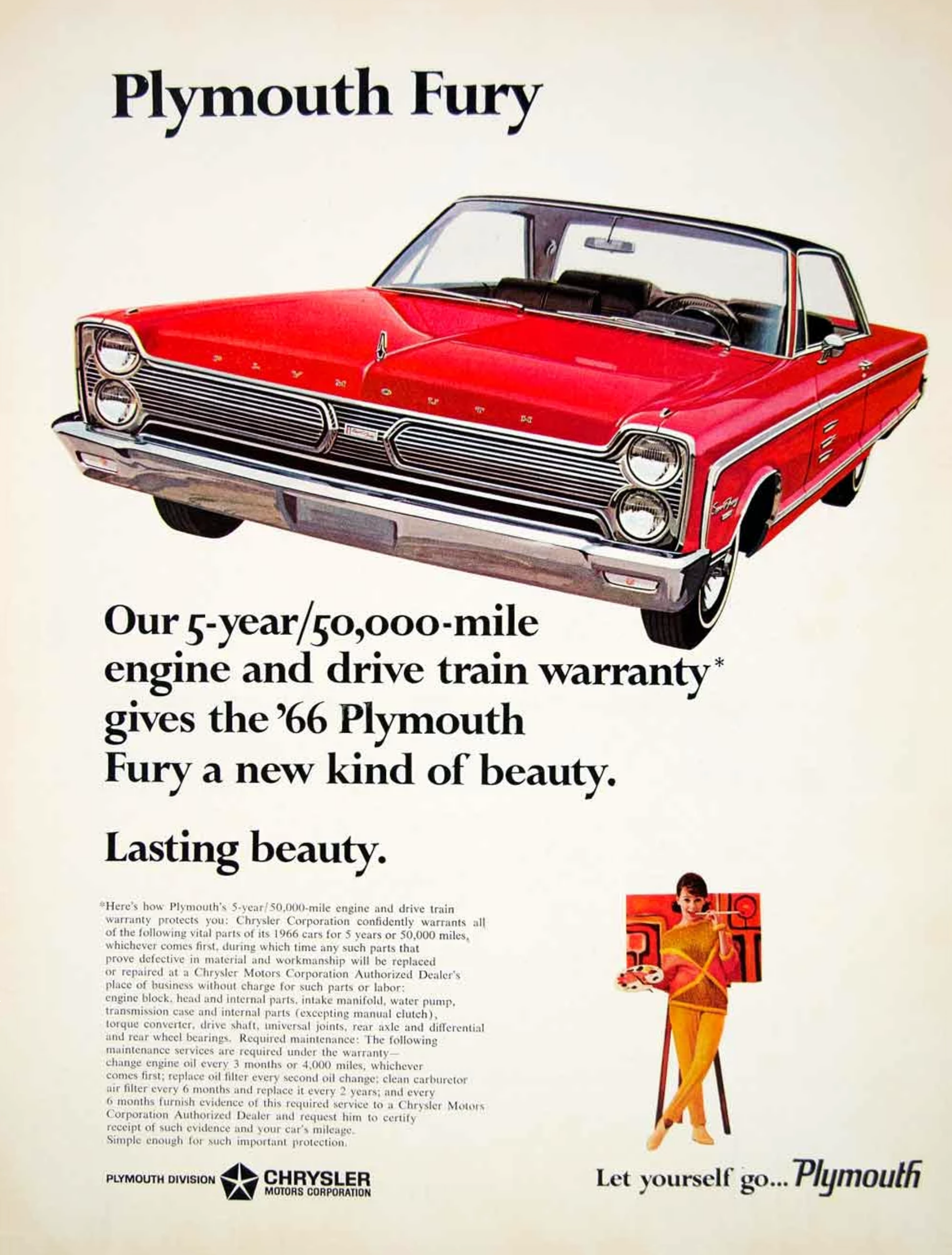 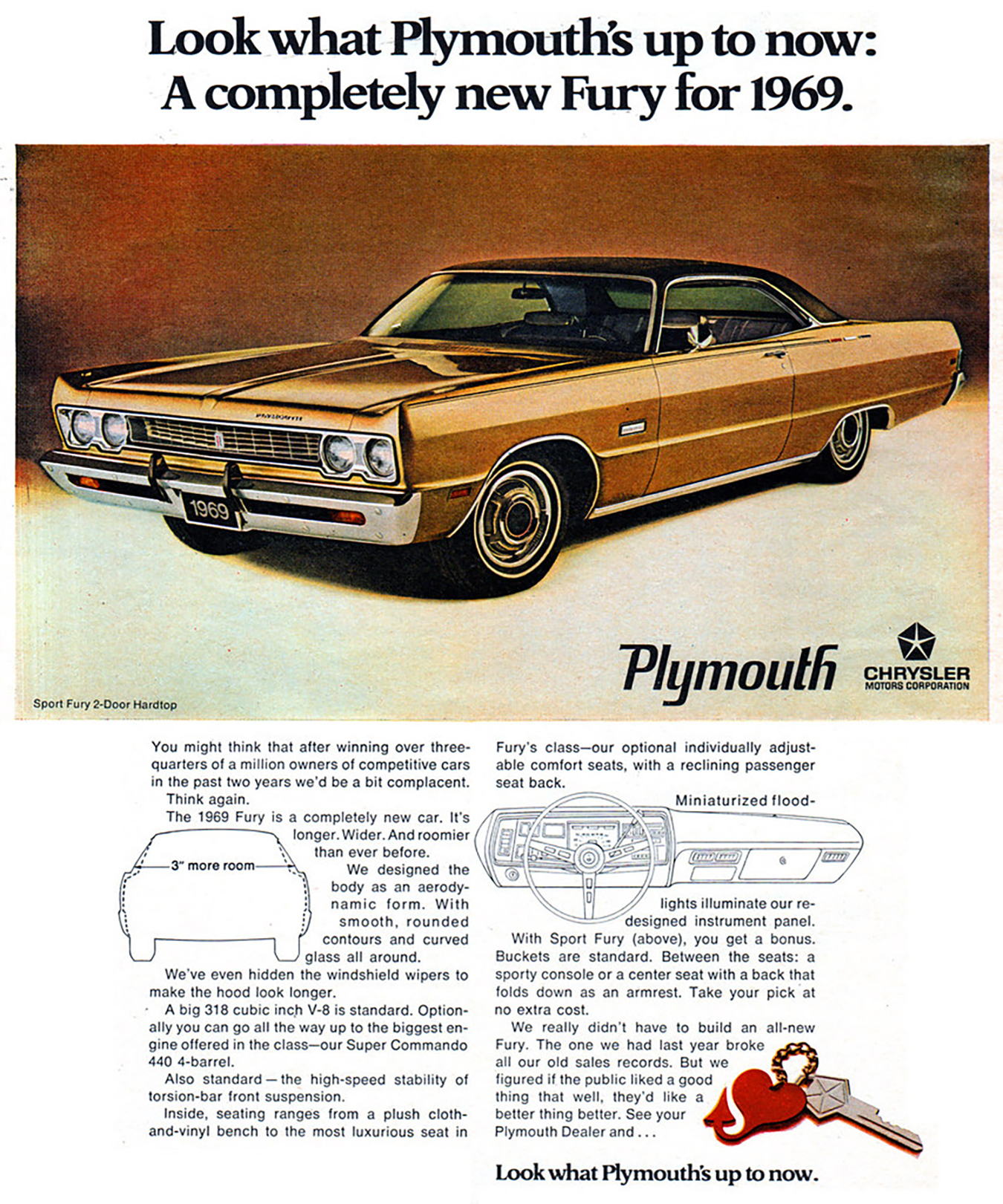 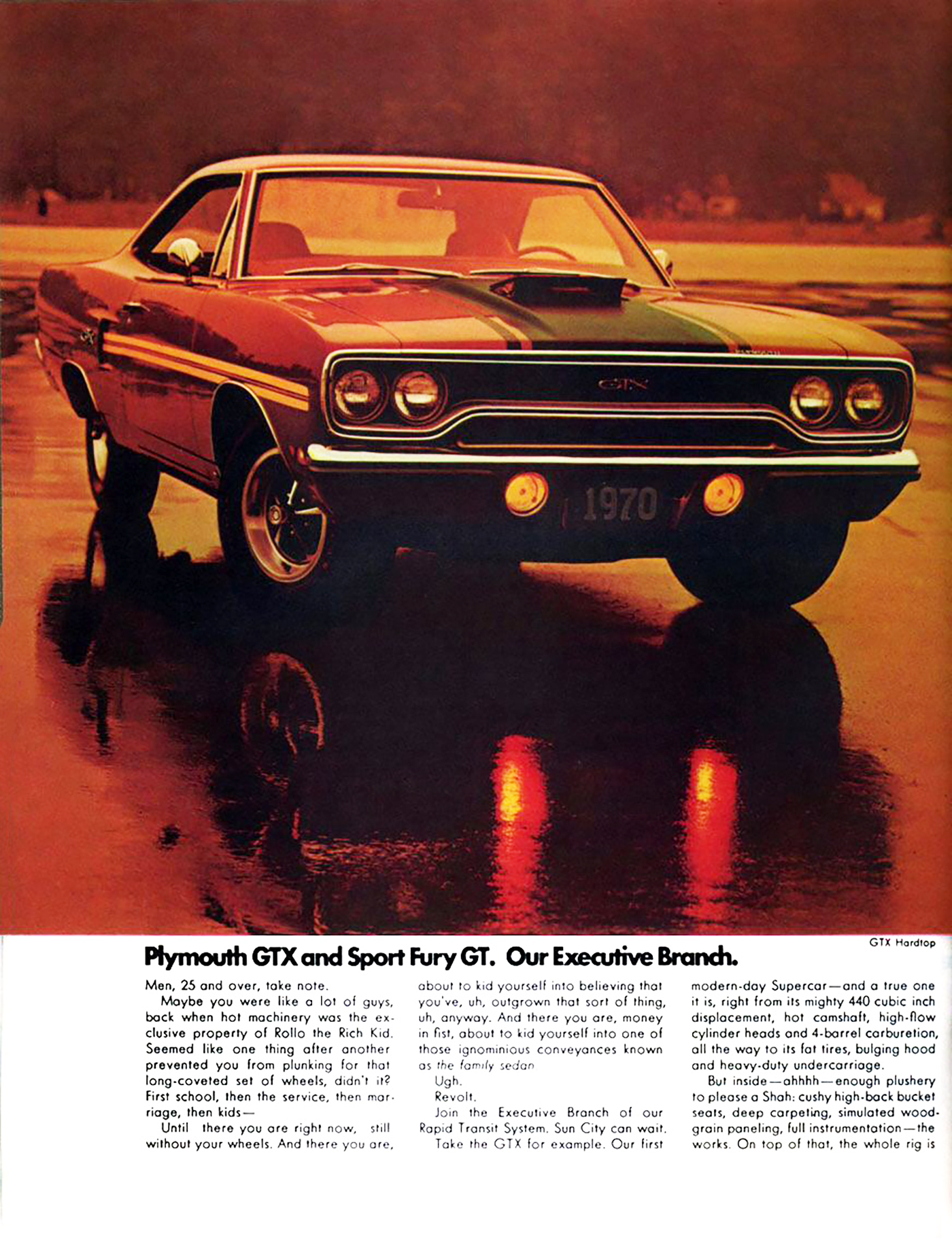 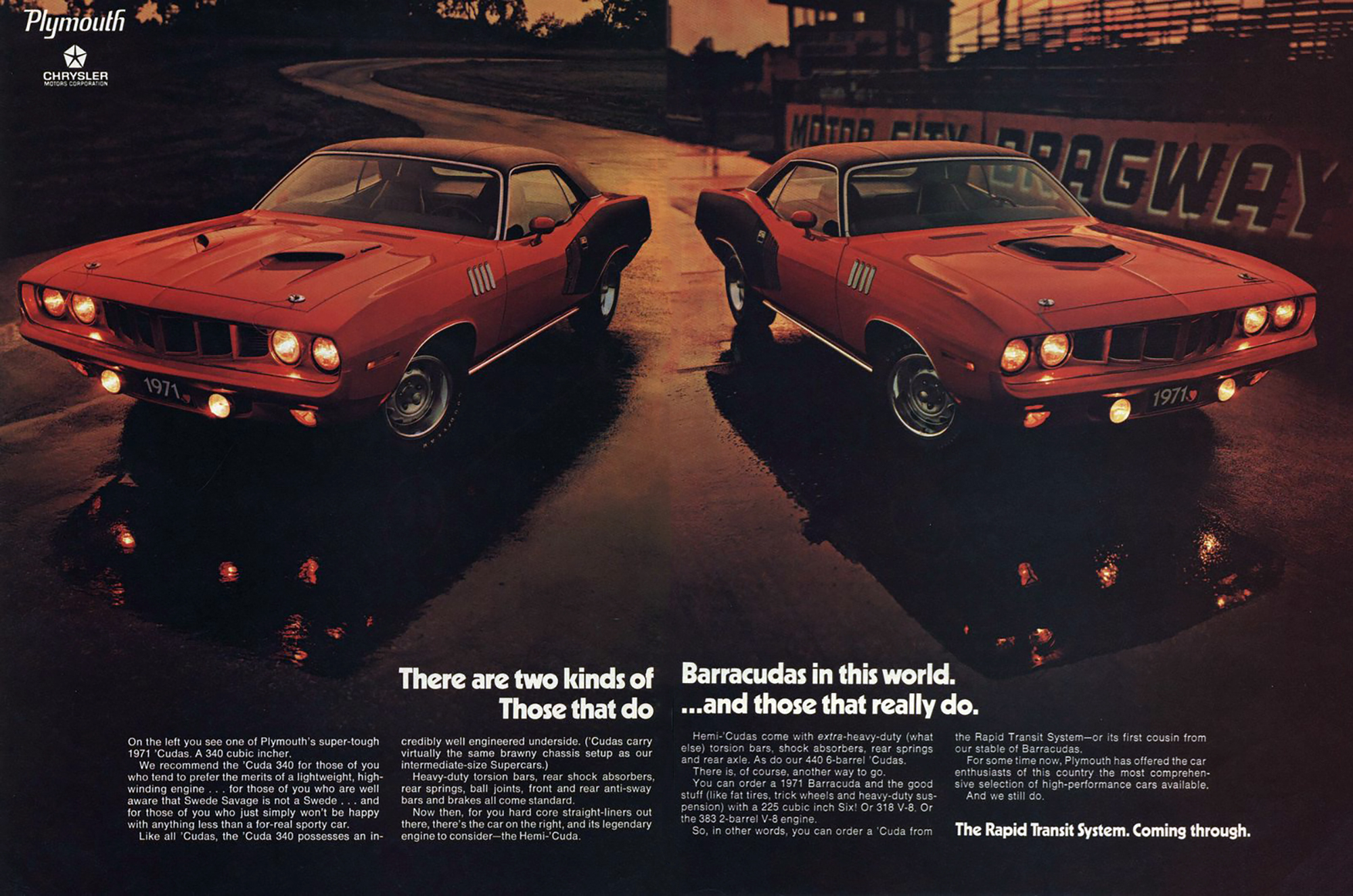 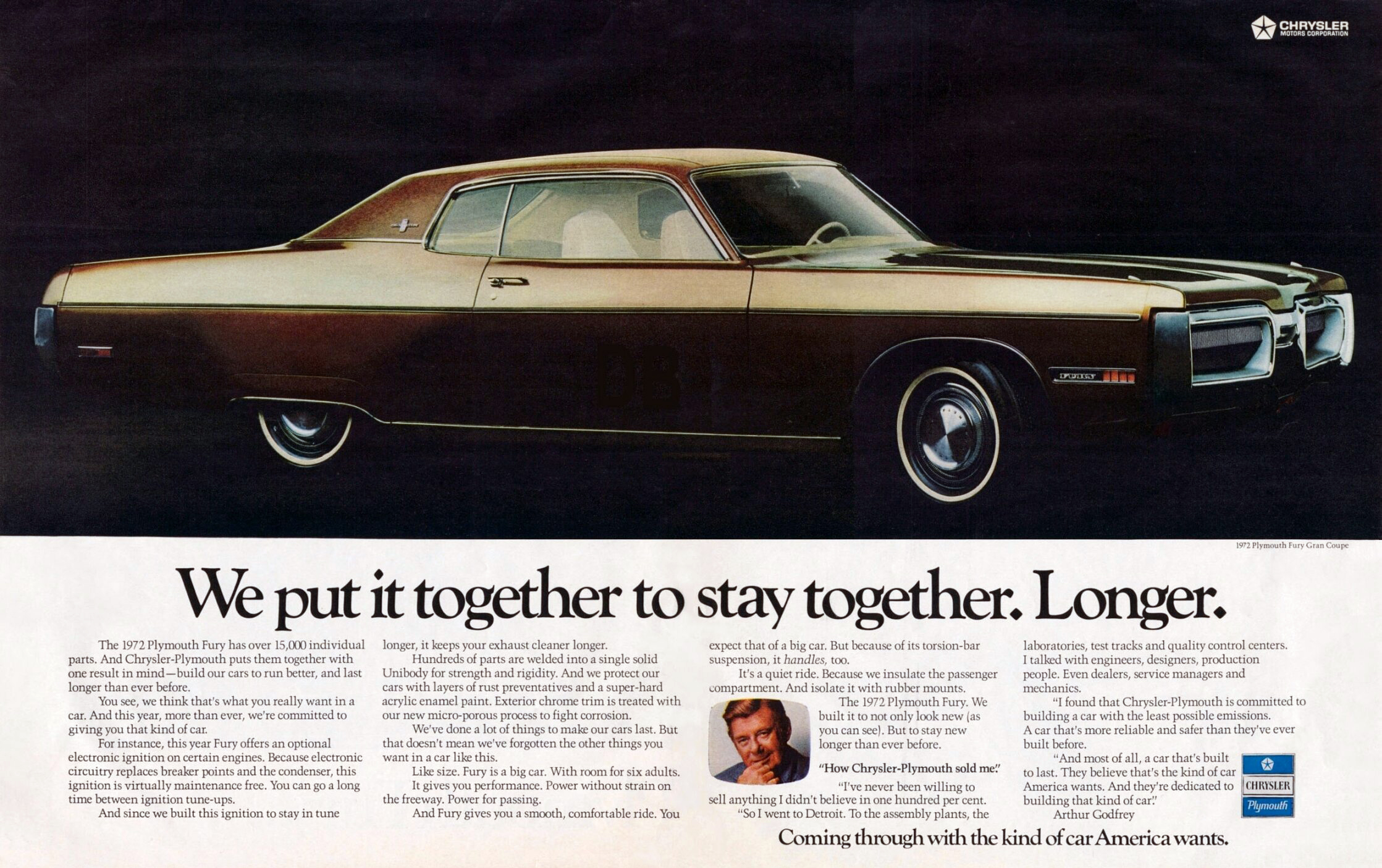 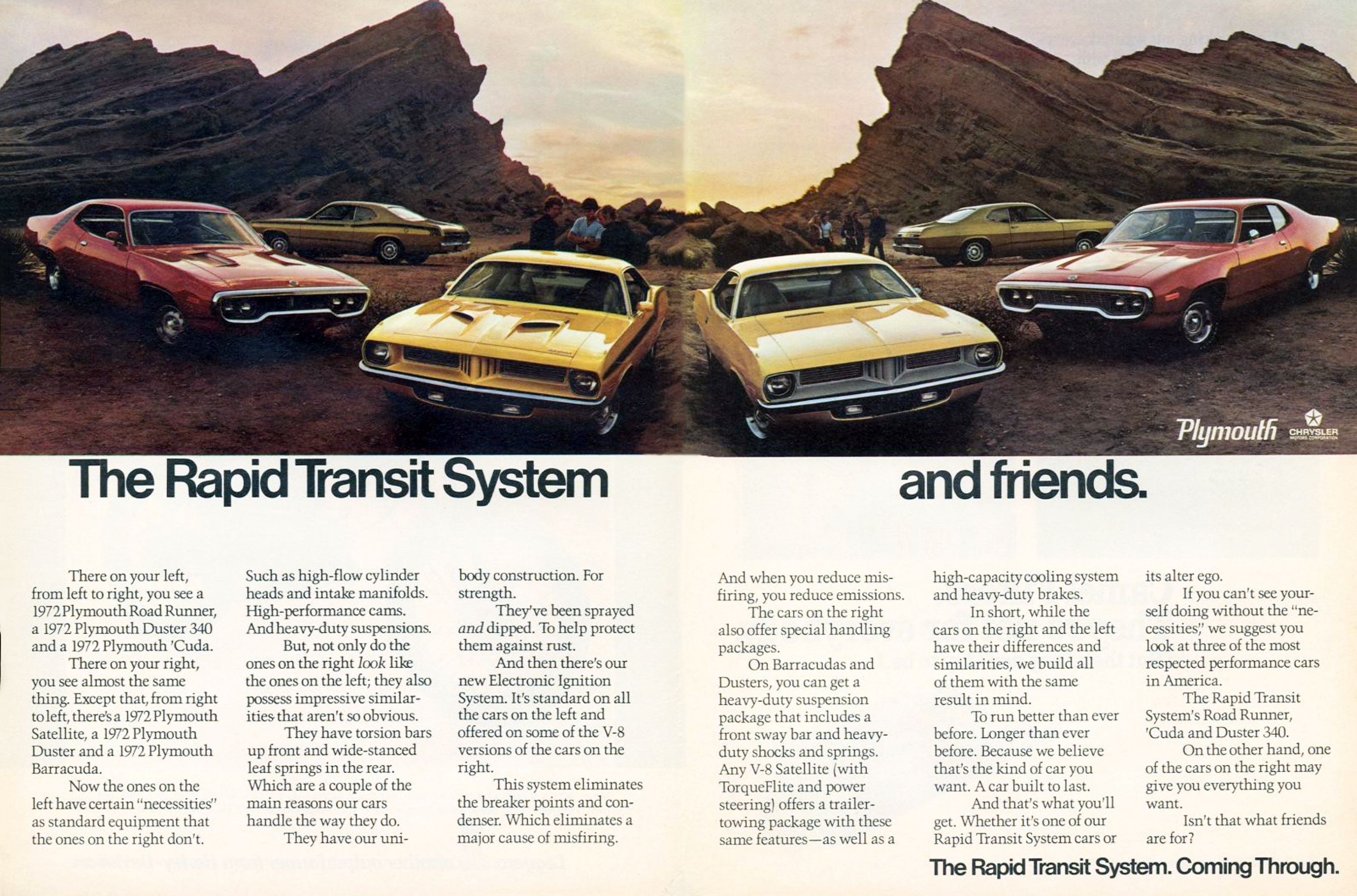 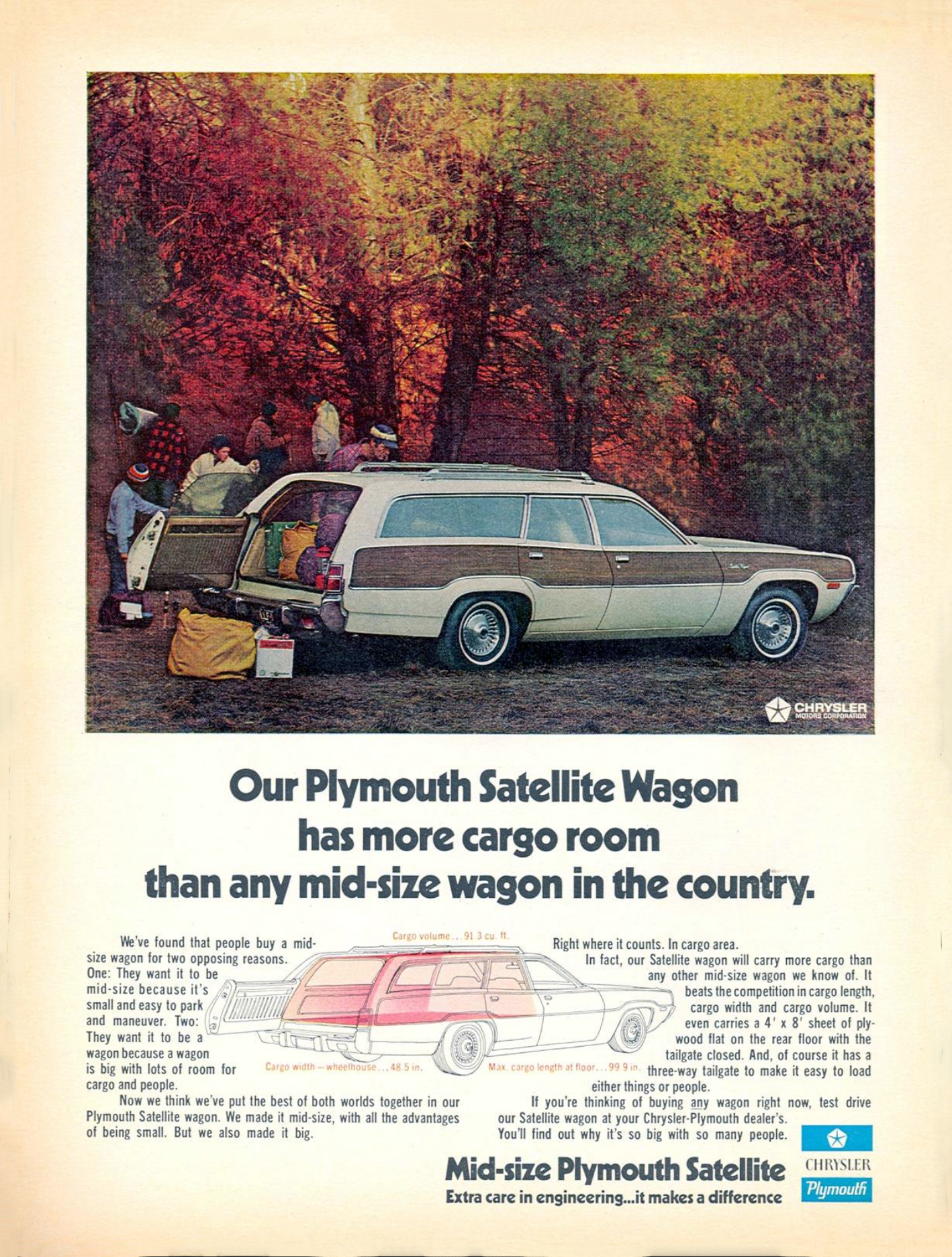 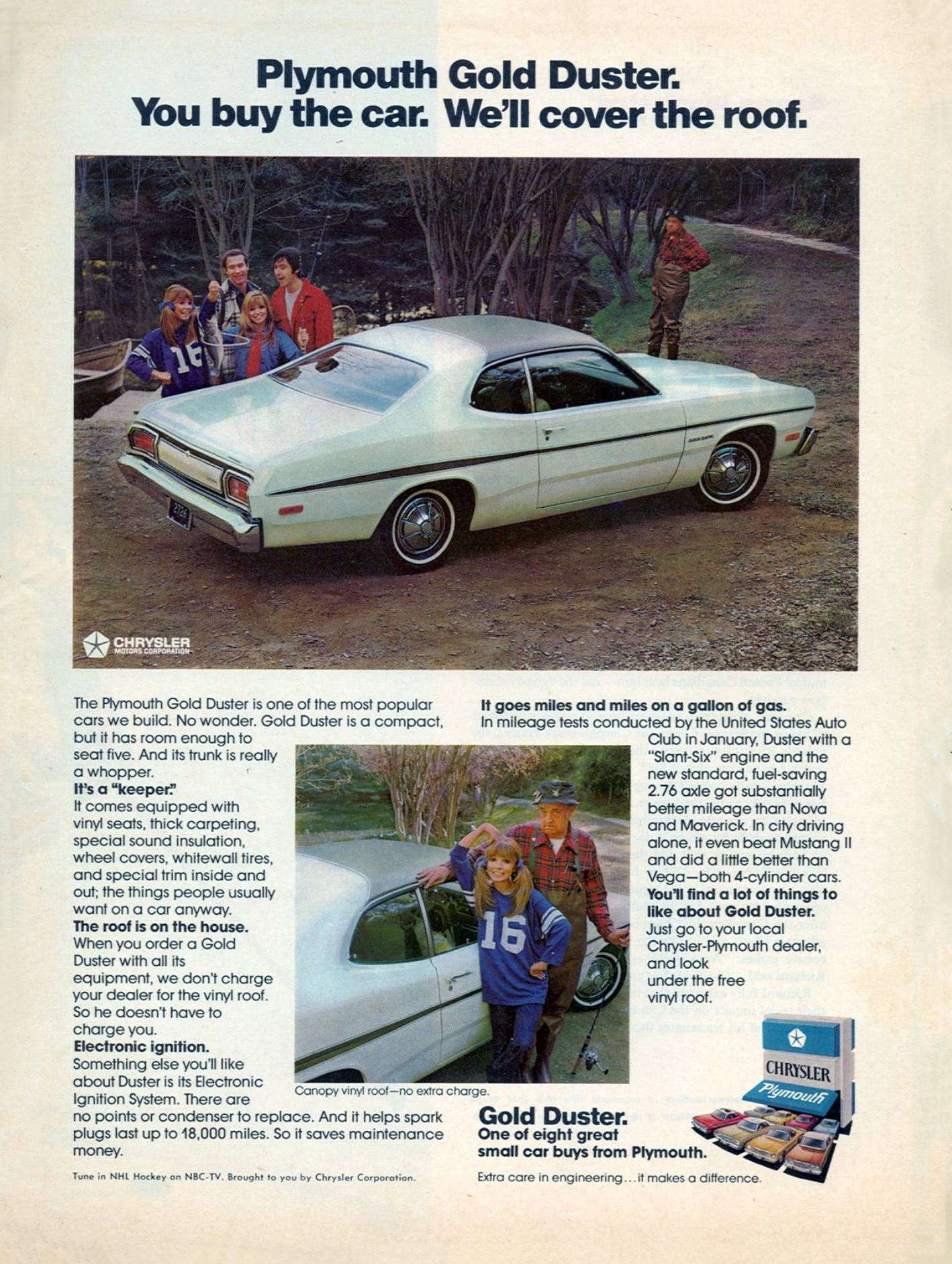 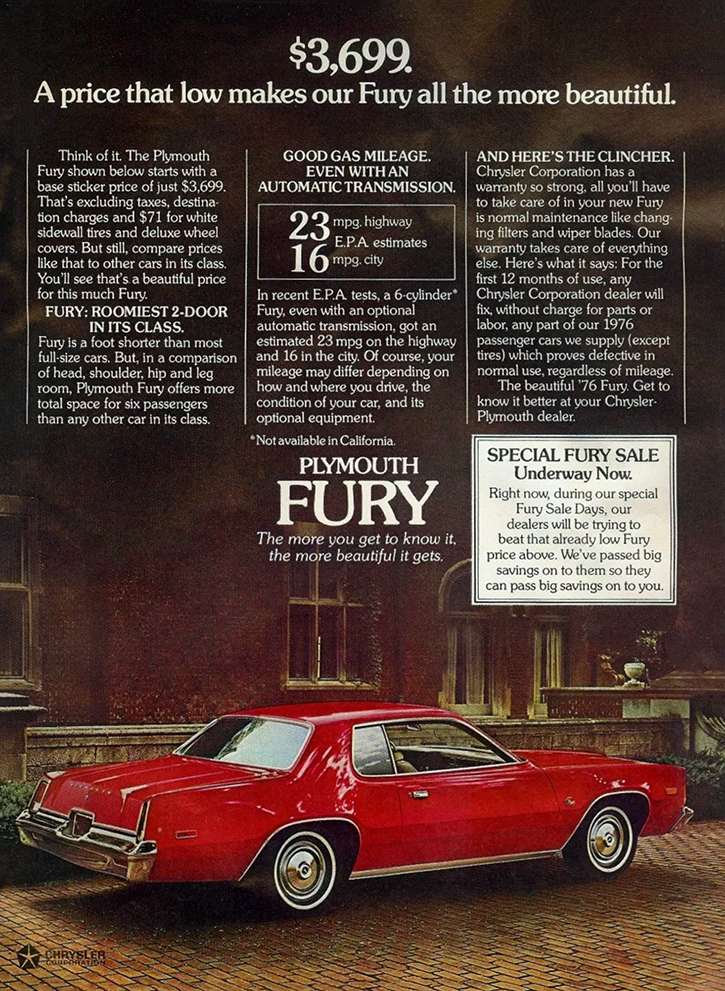 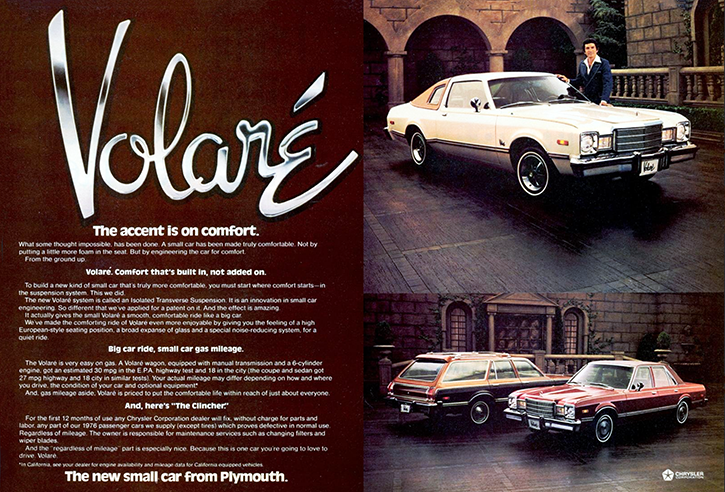 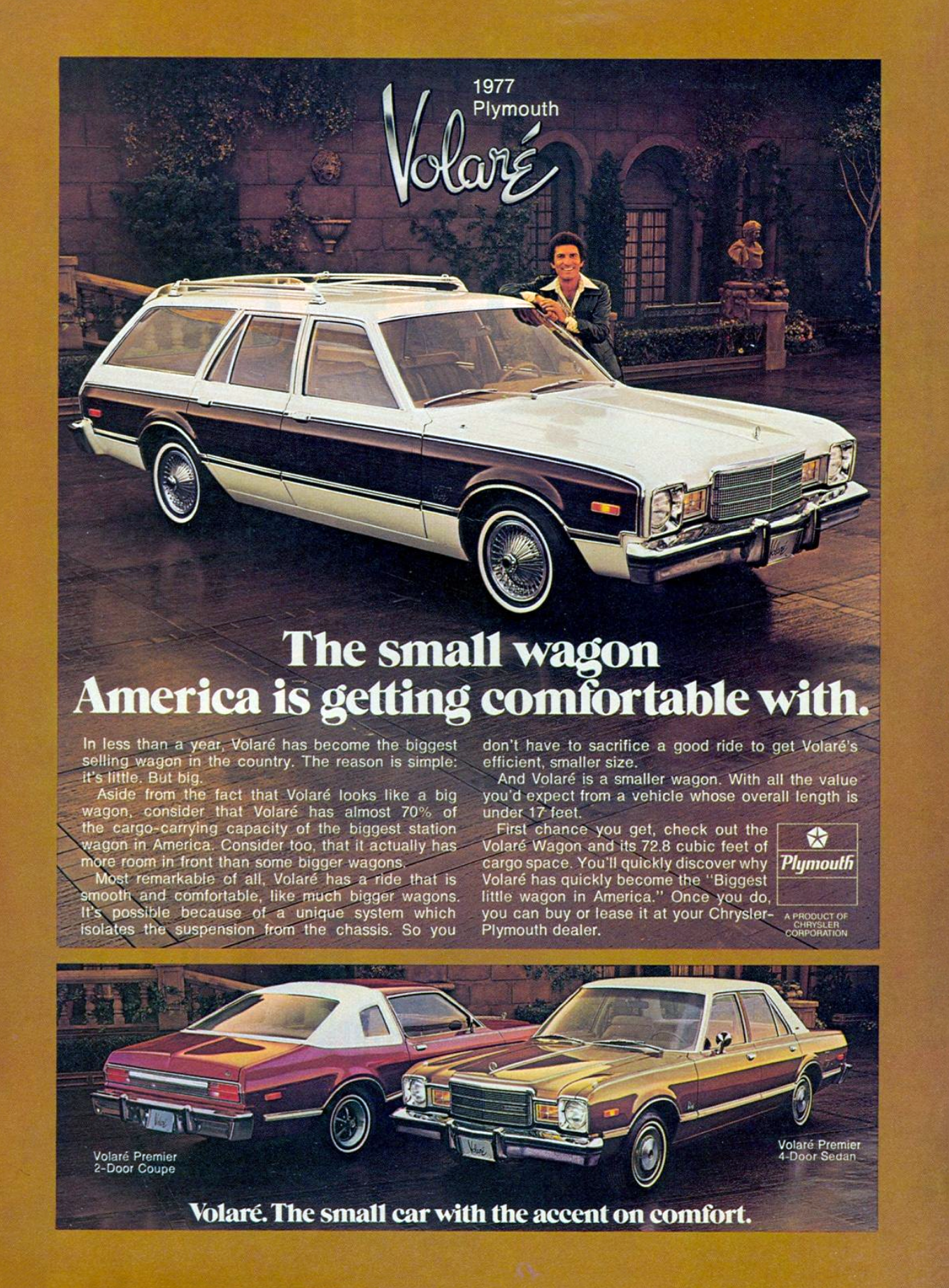 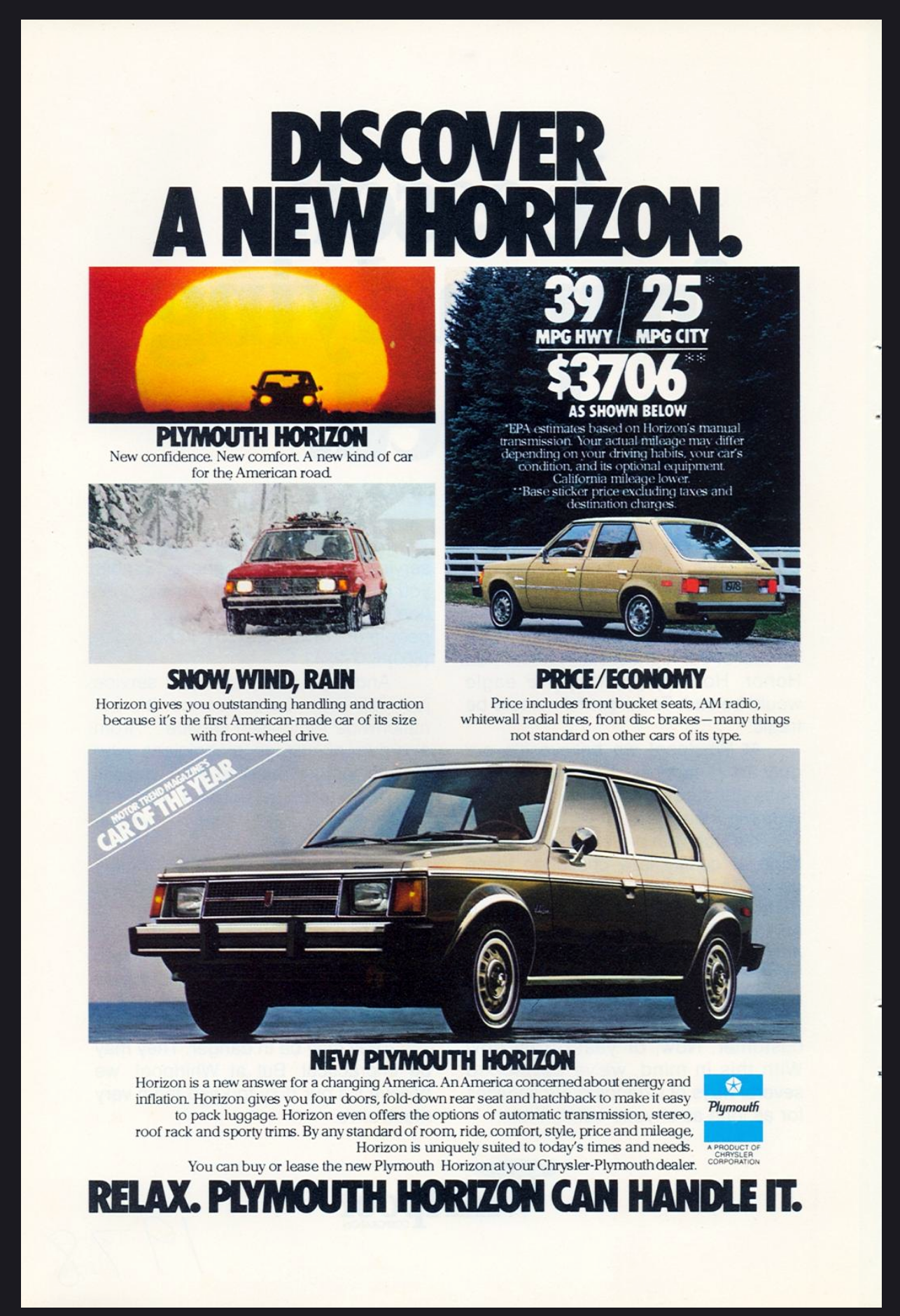 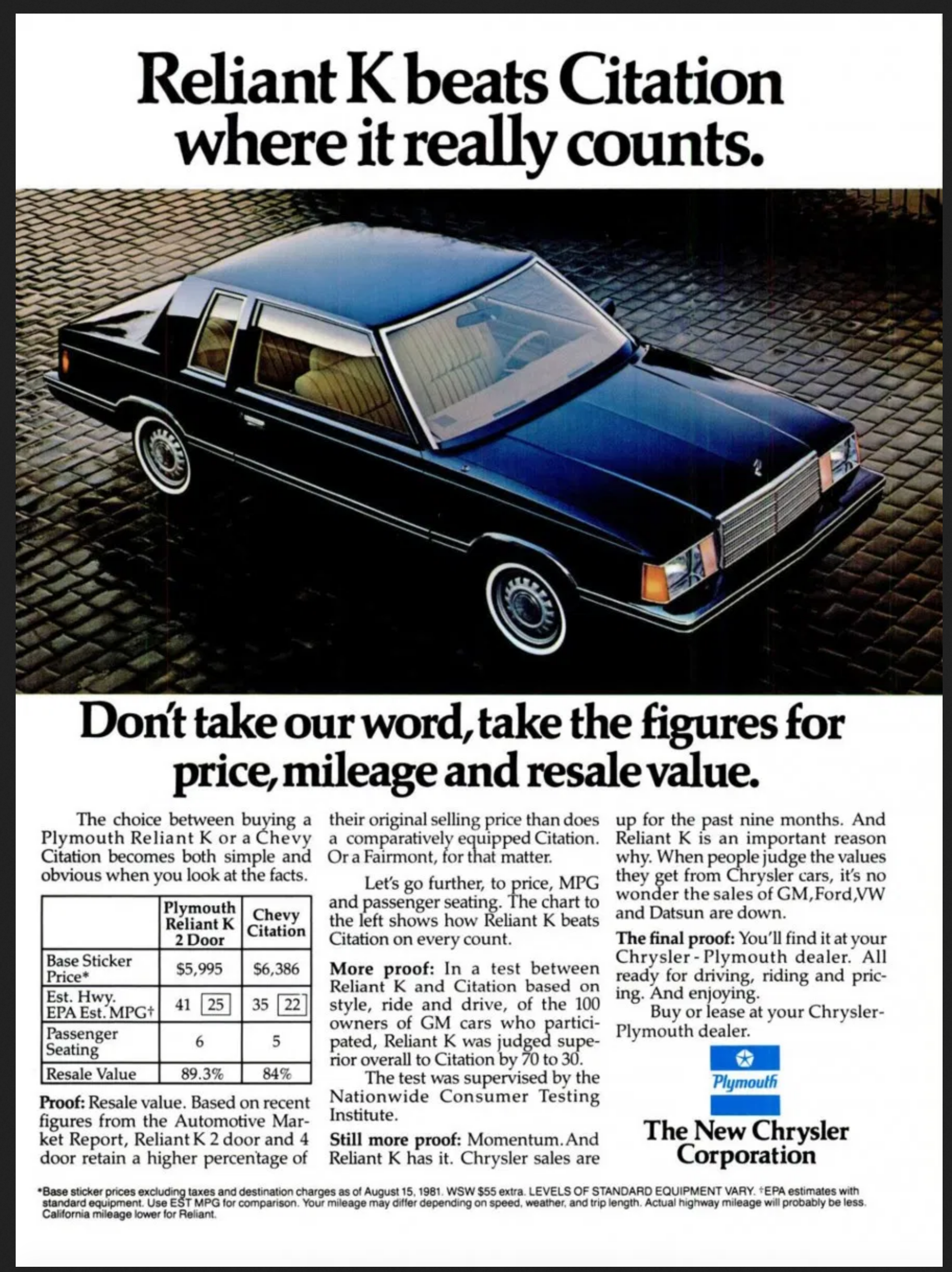 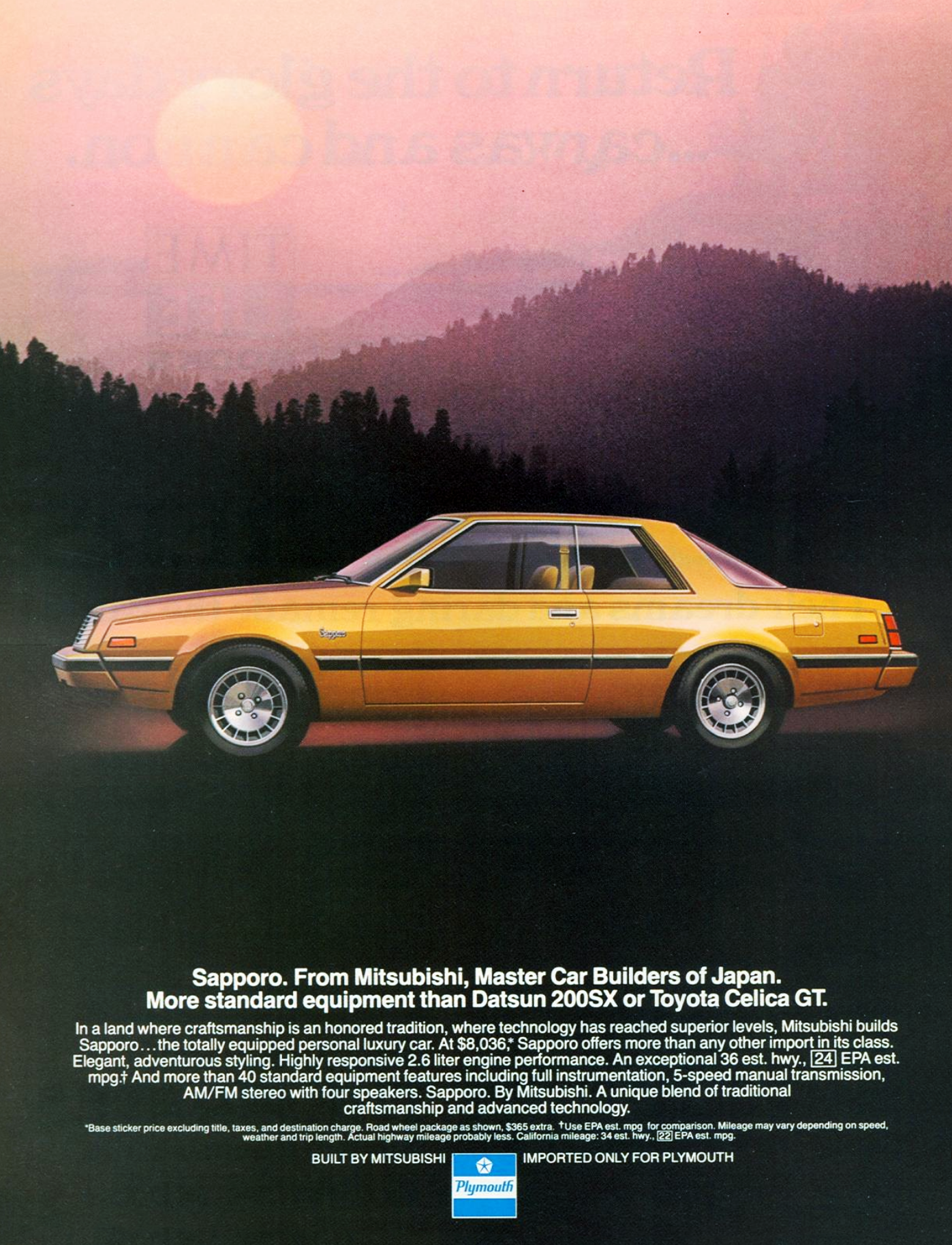 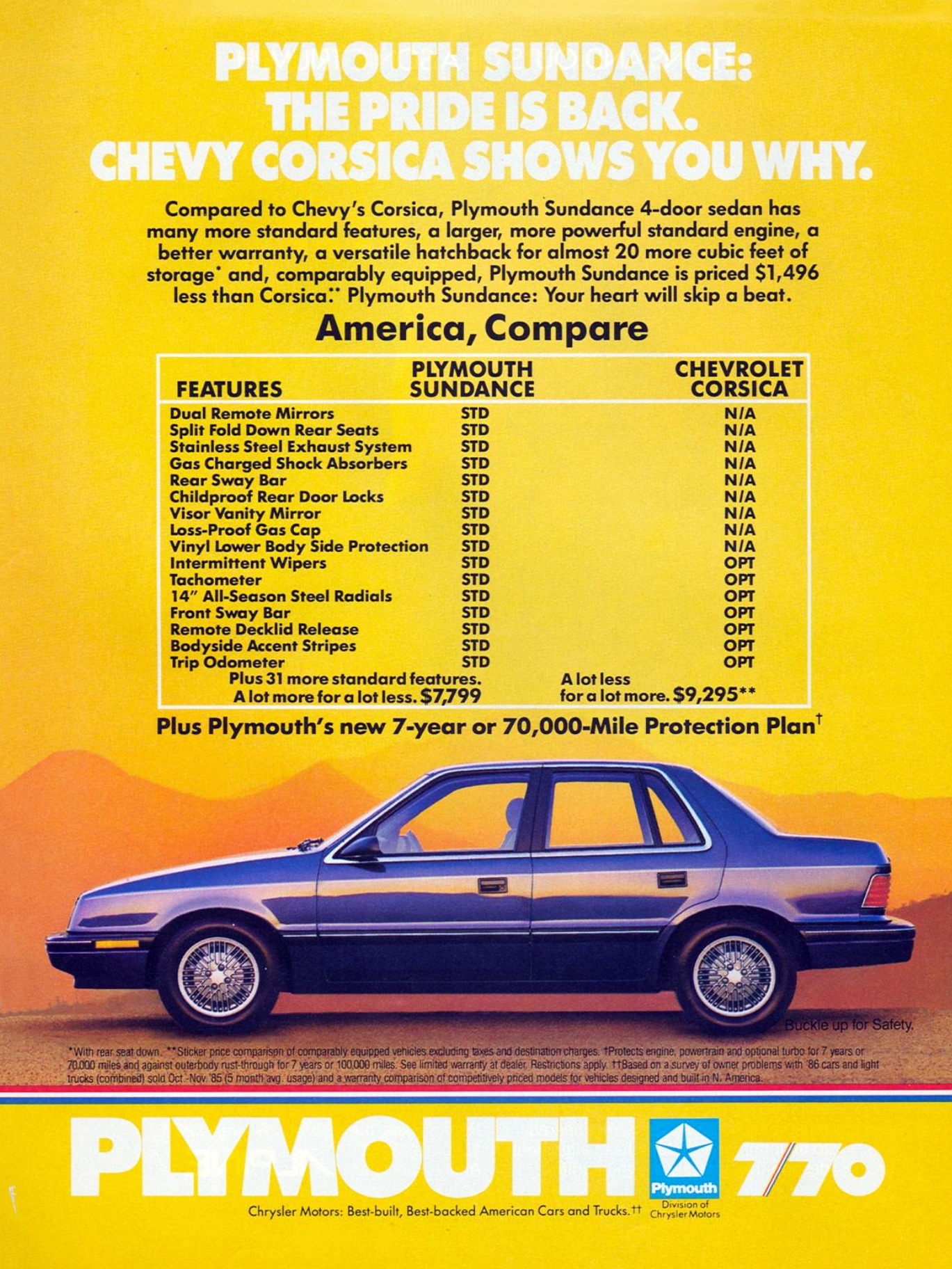